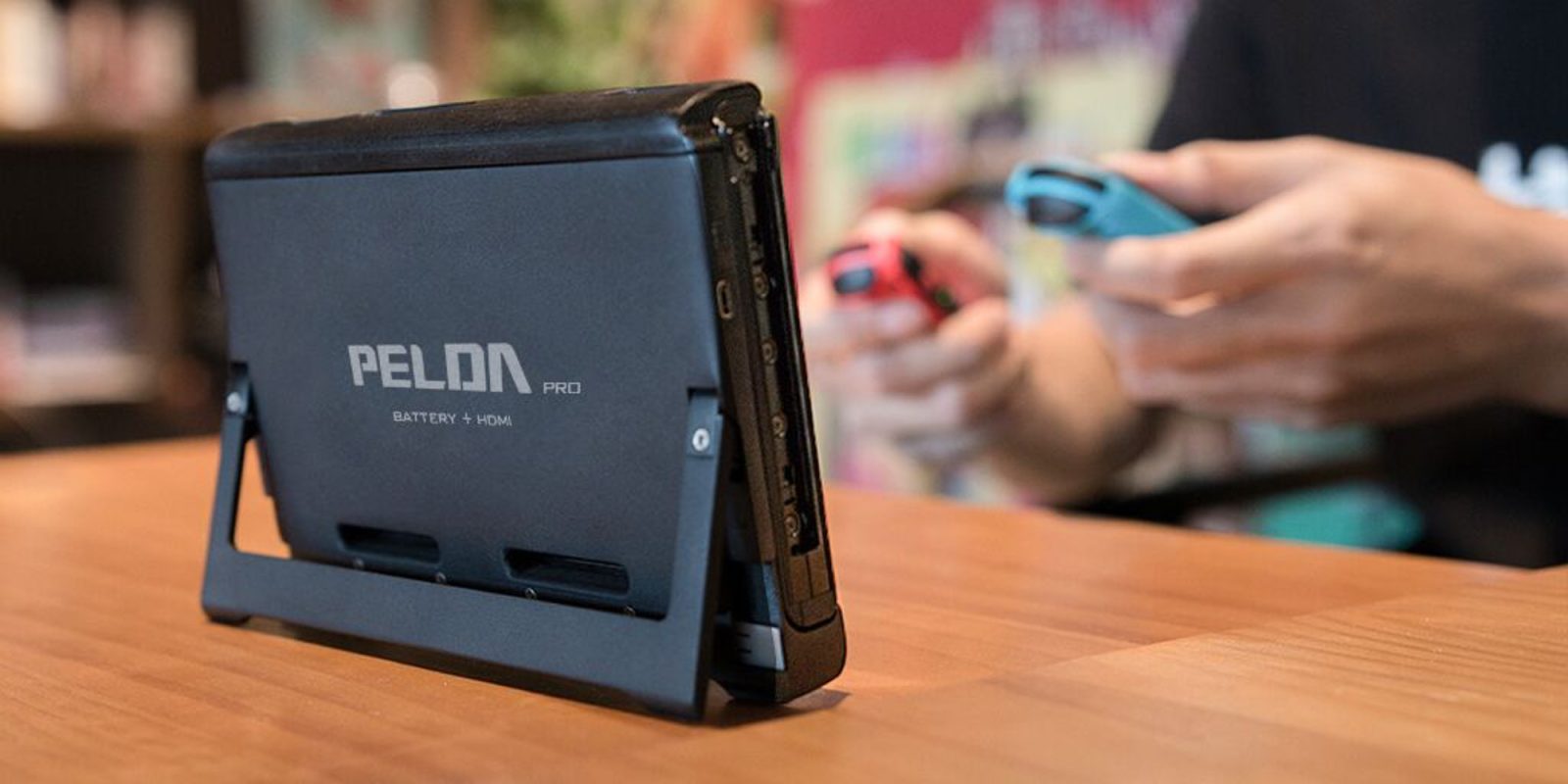 There’s no denying that the Nintendo Switch is one of the hottest gadgets currently on the market. As a result, accessory makers have been jumping on the chance to expand the capabilities of the hit new console. While other companies have focused on providing a more comfortable gaming experience, the folks over at AMDISI have made extending your gameplay time the priority in its recently unveiled PELDA cases. Launching via a Kickstarter campaign, the case is said to offer up to 6 hours of additional battery life in a compact design, along with a dock for playing on the big-screen.

For use at home, the Switch is a fairly standard way to play Zelda, Mario Kart and other of your favorites. But the console really shines thanks to its portable nature, so you can play all the games you love even when on-the-go. Although for extended gameplay sessions, battery life can get in the way, which is where the PELDA Pro case steps in to take your gaming to the next level.

Packed within the relatively thin 0.27-inch shell of the PELDA Pro case, you’ll a find a 6,000mAh battery, which can net you up to an additional 6 hours of battery life. That’s more than enough to beat a few extra shrines in Breath of the Wild or race your way through several Mario Kart Grand Prix. 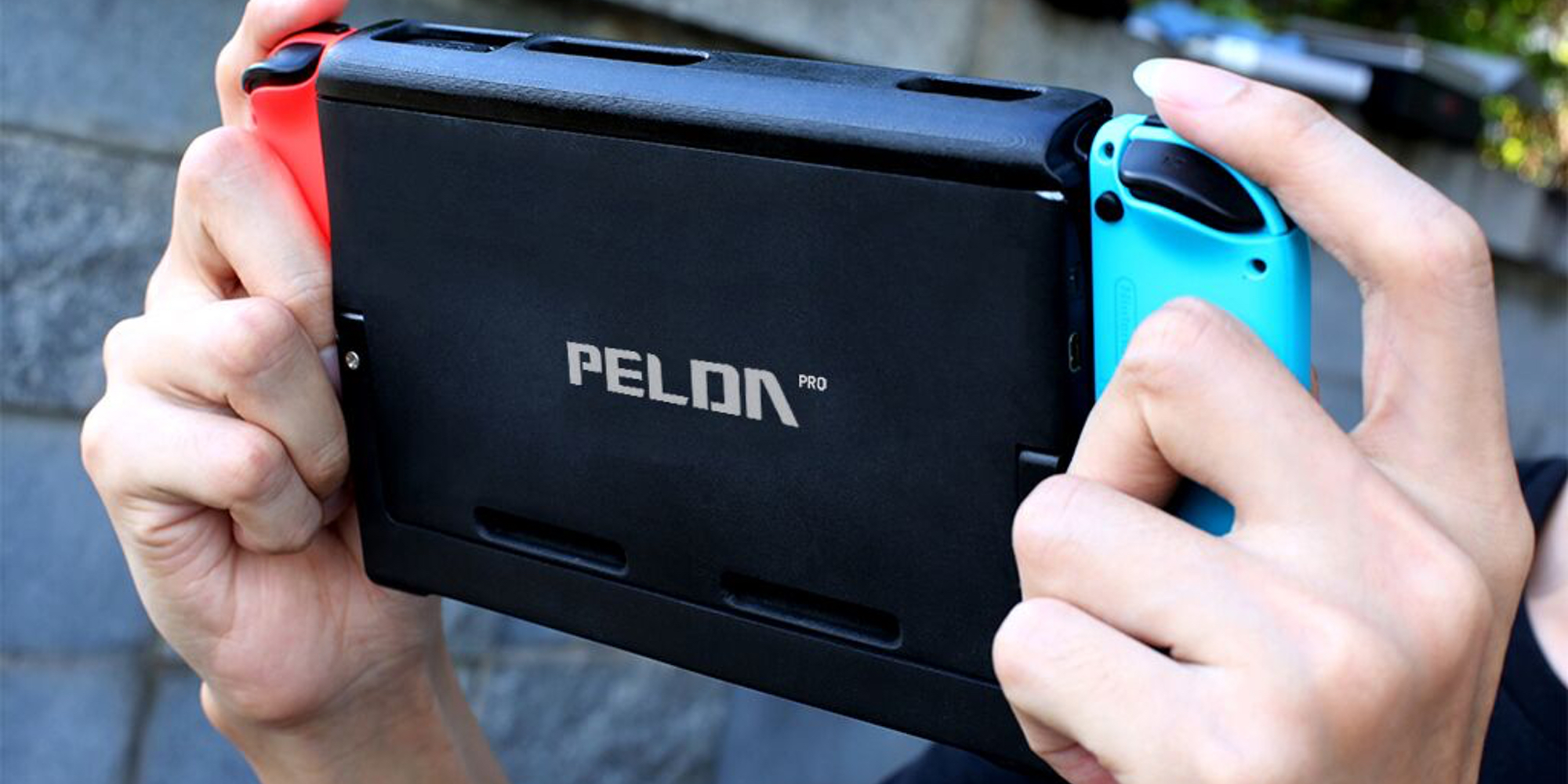 There are other battery cases on the market, but what sets the PELDA Pro case apart is its incorporated micro HDMI port, so you can extend your gameplay to the TV just about anywhere. While the Switch does come with an included dock, it’s clunky and in almost every way a pain to take with you when traveling. But the PELDA case’s all-in-one solution looks to be the perfect way for gamers to take full advantage of the Nintendo console’s unique gameplay modes.

Alongside the micro HDMI port, you’ll also find a USB-C input for charging the case and Switch, meaning you can use the power adapter included with the console itself. For those who simply want to maximize their mobile-gaming time, AMDISI also offers a standard version of the PELDA case which sports a larger battery than the Pro model.

Arguably the biggest shortcoming of the Nintendo Switch is the console’s rather sad attempt at a kickstand, something which the PELDA Pro case remedies. Not only is the case’s stand studier than the default option, but it also supports multiple viewing angles. While it isn’t as defining of a feature as the built-in battery, the added touch of a kickstand rounds out the case’s ability to complement your Switch when gaming on-the-go.

If the PELDA case seems like the perfect addition to your beloved console, you’ll be able to pick one up on Kickstarter at the Super Early Bird special price of $95. Having already raised over $17,000, the case has blown past its initial campaign goal. Shipping is expected to begin in January of 2018, so you’ll have to wait a few months before adorning your Switch with the accessory. In the meantime, there’s a slew of cases, stands and other accessories available for Nintendo’s latest console available at Amazon.