The SwitchCase says goodbye to hand-fatigue from extended Zelda gameplay 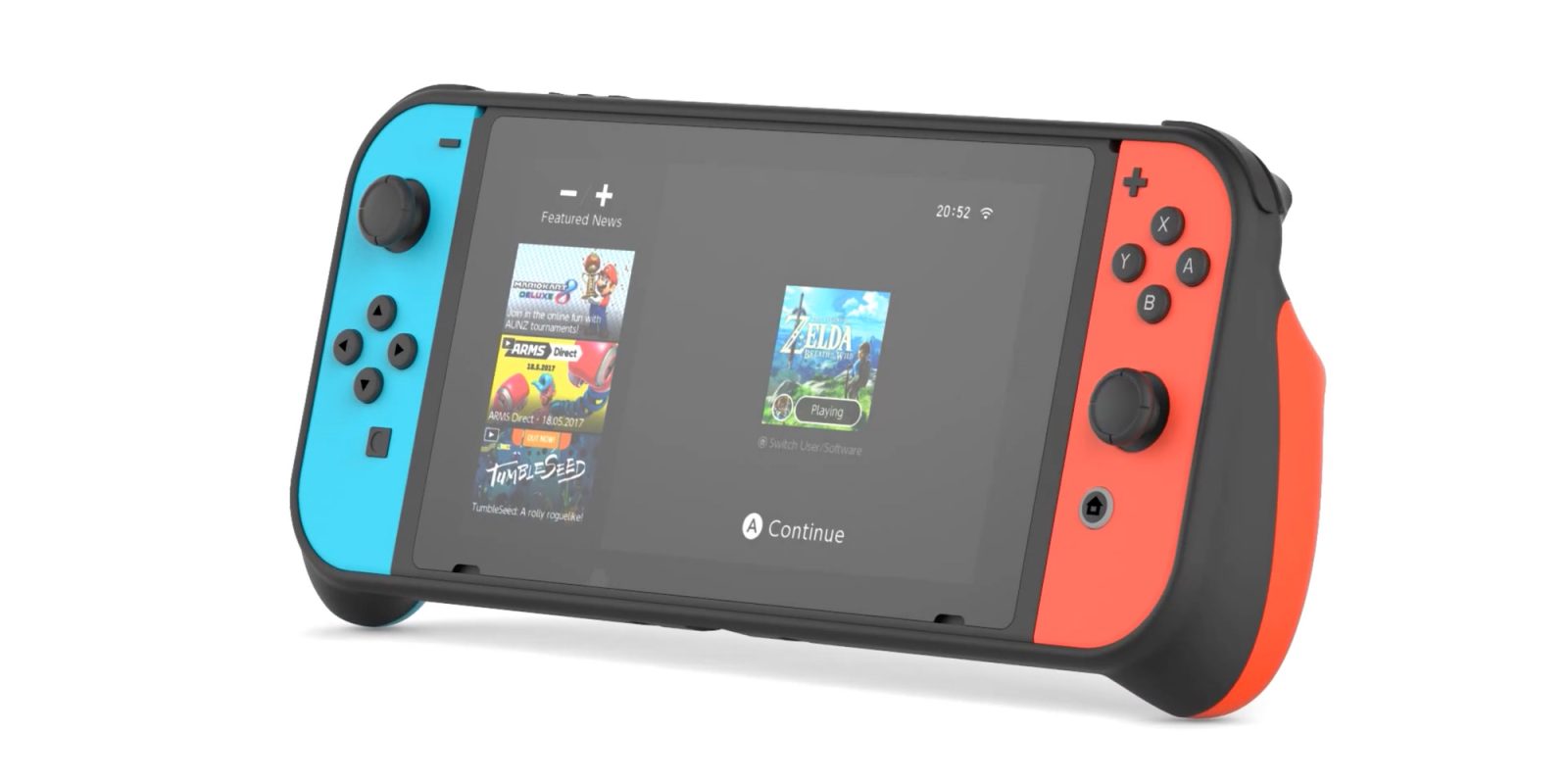 Several months since its release, the Nintendo Switch is still hard to come by. This popularity has lead to some neat accessories like battery cases, travel docks and more. But there hasn’t been a great way to combat fatigue when playing for extended sessions, well as least, until now. With its Kickstarter Campaign well under way, the SwitchCase provides interchangeable grips to suit just about any gamer.

The team behind the SwitchCase, Skull and Co, have set out to tackle a different issue facing owners of Nintendo’s latest console. While extending battery life may be the prerogative of some cases, this one uses ergonomic, interchangeable grips in order to free your hands from stress during intense gaming sessions.

While this may not seem like the biggest issue, there’s nothing worse than having to take a break in the middle of a game. With Splatoon 2 having just been released, I’ve found myself playing the Switch in handheld mode more than usual. And after a few intense games, I often have to take a break to stretch my hands, the exact issue the SwitchCase seeks to solve.

Much like other console’s controllers, or even the Nintendo’s Pro controller itself, the SwitchCase sports an ergonomic design made to fit more comfortably in your hands. This removes the need to contort your fingers to match the Joy Cons’ flat, unergonomic casing and is said to eliminate hand fatigue all-together. And thanks to the interchangeable grips, the SwitchCase is said to be a solution for all types of gamers.

At launch there will be two different form-factors for the SwitchCase’s grips. On the casual side you’ll find the SnapGrip, which offers a more comfortable handle on the console than you’d typically get with the Joy Cons alone. But for those hardcore gamers, the TriggerGrip sports a larger overall size more adequate for long-term gaming sessions. Both styles of grip are covered in a textured surface which makes them more natural and easier to hold.

The SwitchCase was designed to visually complement the Switch as well, coming in colorways which mirror that of Nintendo’s console. The main portion of the case is dark grey, while the grips themselves are available in a variety of colors. As of now you’ll be able to choose between matching grey, red and blue grips as well as a red + blue combo just like with the portable console itself.

With 15 days still left in its Kickstarter campaign, the SwitchCase has raised almost $61,000, nearly beating out its initial goal six times over. Starting at the early bird special price, you’ll be able to grab one of the cases for $22, saving you 55% off the expected retail rate. Skull and Co. estimates that the case will be shipping later this year in October, well that is if all goes well.

If you can’t wait to add an ergonomic grip to your beloved Nintendo Switch, there are a few options available to hold you over. For just $10 you can pick up a silicone case with added grips, or by stepping up to a $20 price tag, a more heavy-duty, rubberized-plastic cover.