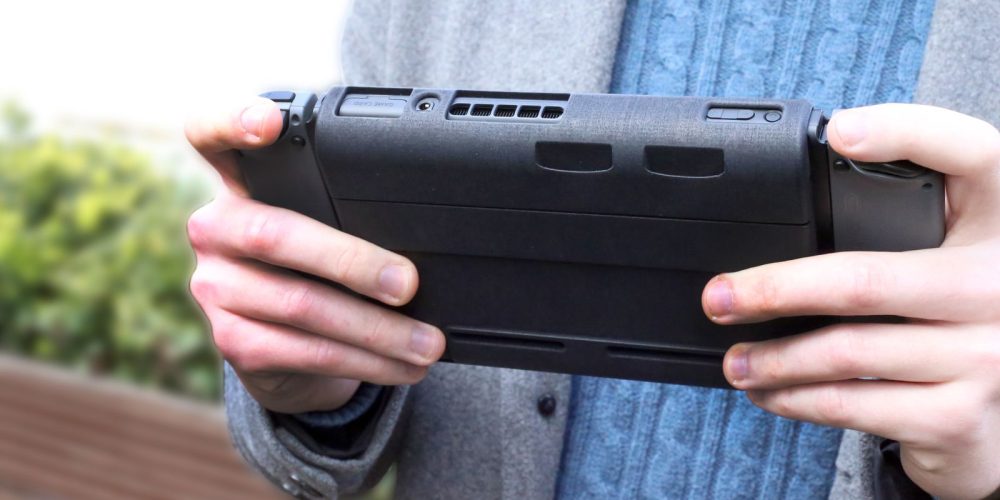 Nintendo Switch has dominated the news cycle as of late, thanks in part to its continual limited availability. Its unique portable design and Zelda’s impressive reviews have made it an early favorite for one of the year’s hottest products. We loved it in our hands-on review, short of a few quirks caused by its ambitious intentions.

One of those downfalls is battery life. If you’re playing a graphic intensive game, such as Zelda, your not likely to extend the battery life much past three hours. A new project on Indiegogo has a plan to fix that very issue. SwitchCharge is an add-on accessory that delivers a 12,000mAh battery in a case that attaches directly to the handheld unit. It’s an ambitious plan, but one that has the potential to pay off big-time for hardcore users.

The idea behind SwitchCharge isn’t new by any stretch of the imagination. Crowdfunding projects have been popping up for years that integrate a battery into a dock or case design. That said, this Switch-focused accessory is one of the better looking options that we’ve seen.

From the pictures, it appears as if SwitchCharge is a fairly slim approach to adding an additional power source to your console. The snap-on accessory has a built-in 12,000mAh battery pack that sits between the Joy-Con controllers, largely staying out of the way during gameplay.

InDemand Design, the company behind this campaign, promises that gamers can get upwards of 12 hours of extra battery life by using the SwitchCharge. That’s a lofty promise for a console that has only been on the market for a month. One thing that isn’t clear is how the battery will handle charging while the Switch is in use. As MacBook users know, depending on an external battery pack while doing even casual tasks can drain the power supply quickly.

One additional area that SwitchCase helps to address is the kickstand on the back of the console. Early reviews suggest that the Switch’s built-in stand is rather paltry in comparison to the weight it holds up. This issue is addressed by a beefier support system that is fully adjustable.

SwitchCase has built-in USB-C and microUSB ports for charging the console and battery pack. Another nifty feature is two slots on the backside that are made for holding cartridges while on-the-go.

Overall, we’re pretty skeptical on some of the campaign promises made by SwitchCase. Given that Nintendo’s latest release is so new to the market it’s unclear if this accessory has been truly prepped for the console. Add in the price tag, $75 for early-bird and $130 at retail, and you’re talking a pretty significant upcharge for a 12,000mAh battery. That said, if SwitchCase can deliver on its promises, this could be the must-have accessory in the second half of the year. If all goes to plan, units will be begin shipping to backers in August.