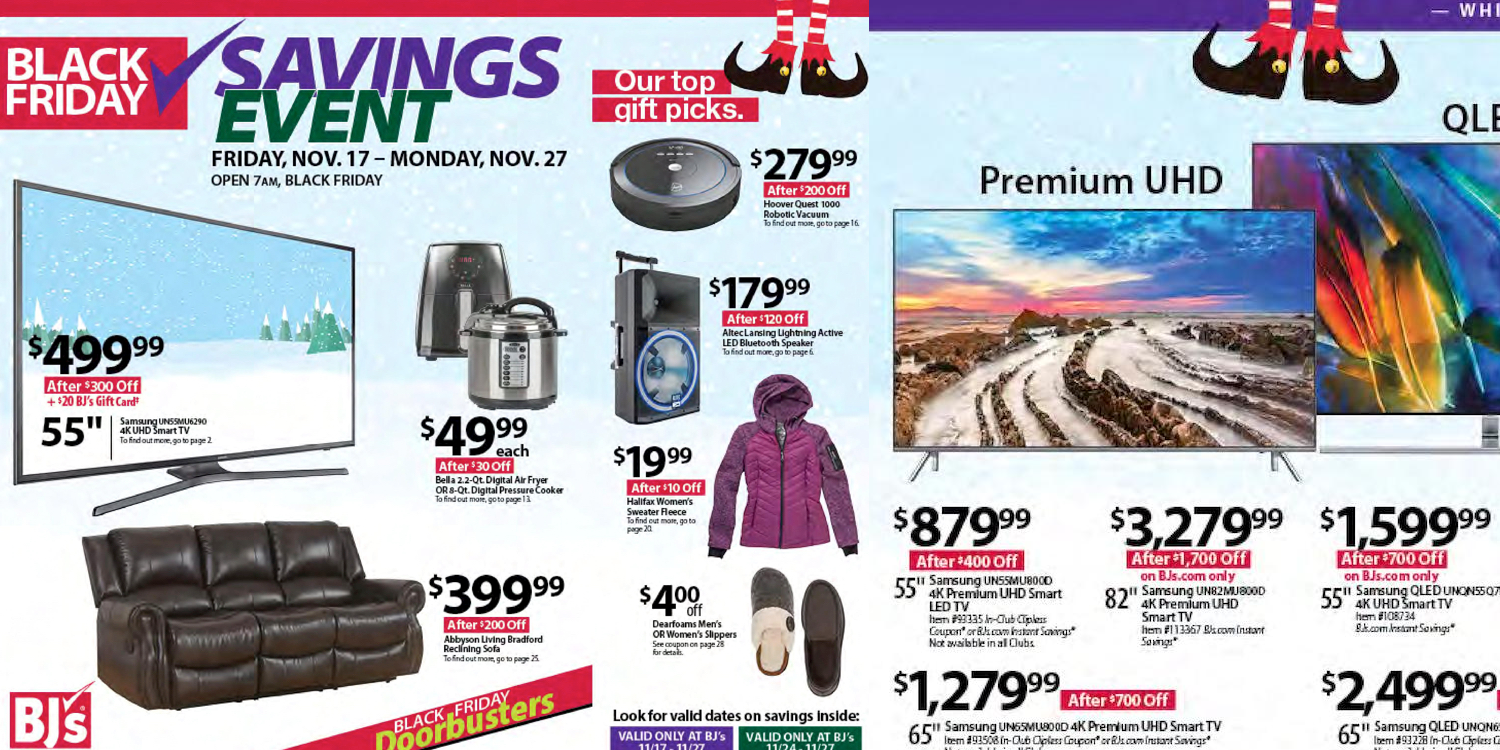 The Black Friday 2017 ads are starting to roll in. We have now seen what Amazon, Dell, JCPenney, eBay, Costco and more will have to offer as we move further into the big month. Today we are getting a peak at what BJ’s will have on sale in just a couple short weeks. You can expect to see major deals on 4K HDTVs, as well solid price drops on Xbox One, PS4 and a number of home goods as well as drones and much more.

BJ’s will have a series of deals kicking off on November 17th through the 27th, and then another batch of deals that will go up on the 24th until the 27th.  BJ’s physical locations will open up at 7am on Black Friday but will be closed for Thanksgiving. Most of the deals listed below are available from the 17th to the 27th.