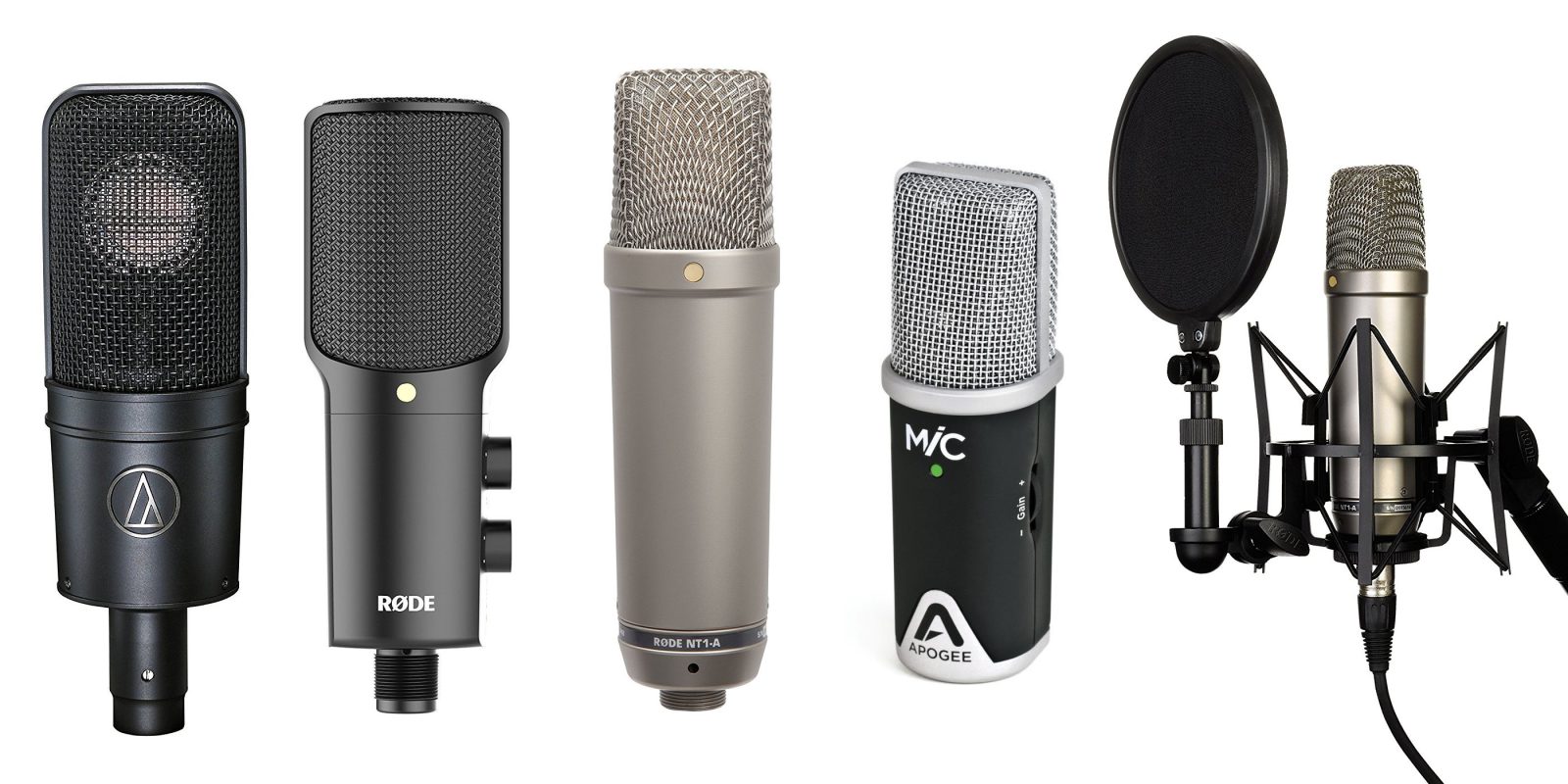 Today we are taking a look at some of our favorite microphones for home recording, podcasts and well, anything you else you might need one for. While we have mainly focused this list on recording vocals or voice-overs, most of our picks also sound great with acoustic guitars and other instruments as well.

Once again, you’ll find some familiar names including Blue, Apogee and Audio-Technica, but we also have newcomers to the 2017 list by way of Rode. We have chosen to include both USB mics that plug directly into your Mac (or Lightning for iOS) as well some more hardcore options that require some kind of audio interface and mic-pre.

Most buyers are naturally inclined to simply ask “what is the best vocal microphone out there?”

But the fact of the matter is, you simply won’t get that for less than $3,000 at the very least. Having said that, you can quite literally get album quality vocals, or very close to it, with all of our picks down below: 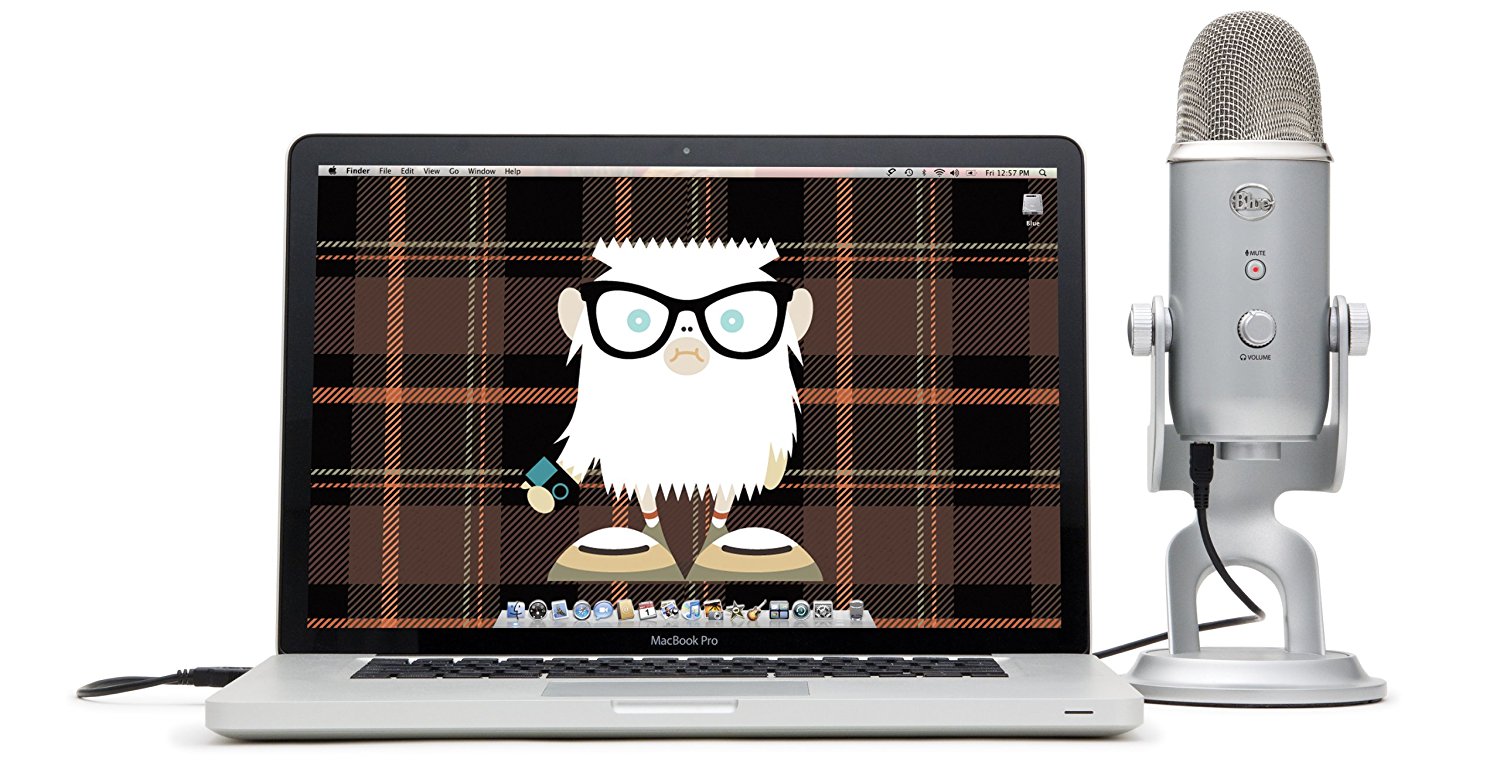 Blue’s Yeti mic has become a mainstay in the home recording USB category. It will plug into your Mac in seconds, no XLR cables and no interface required. Although I might not suggest this one as my first pick for studio-quality vocals, it is more than capable for demo work, podcasting or even for your new YouTube media network.

At $130, it is one of the most affordable mics that actually sounds good you can bring home. And it also looks pretty good while it’s doing it. For anyone looking for a simple desktop like solution without getting into the studio-type setup, Blue’s Yeti is certainly still one of the best options on the market.

Rode has quickly become one of our favorite budget microphone brands. Mainly because it doesn’t sound like one. The NT-USB will cost you a little more than the Yeti, but it sounds about that much better as well, in our experience. Once again its plug-and-play right out of the box with on-mic monitoring and ships with a mini tripod stand, pop shield and ring mount. While you will need some kind of connection adapter, it also works on iPad as well.

Apogee’s MiC 96K condenser is the most expensive USB microphone on our list today. It works with your Mac and iOS devices with the included USB and Lightning cables. Now, while the Rode-NT will certainly capture high-quality vocals, the 96 kHz/24-bit conversion resolution on the MiC is pretty impressive. I have had one of these on my recording desk for  sometime now, and while I wouldn’t necessarily choose it over a more expensive XLR mic, it has produced some of the best recordings I have ever done over USB. It made our list for best mics in 2016, and it’s doing the same thing again this year for a reason. 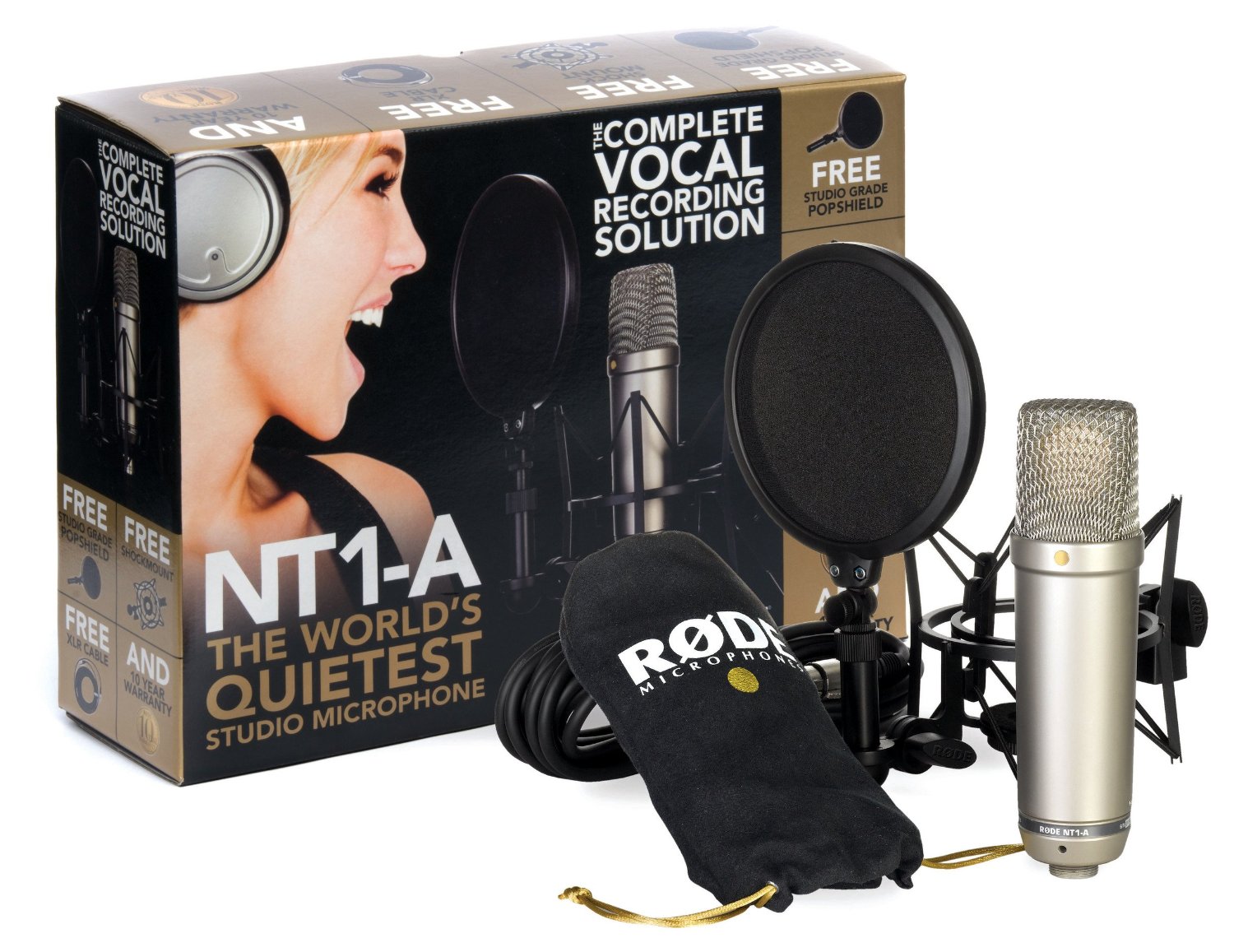 The RodeNT1A has recently become one of my top choices for non-USB microphones under $250. You simply can’t beat the quality for the price here. While it might not capture quite the same level of detail as the more expensive Audio-Technica picks below, I would highly-recommend this mic to anyone on a budget. Especially after some basic post-processing, I have heard some extremely convincing recordings done on this thing. At just over $200 I know it’s hard to believe, but I bet this thing could fool some seasoned vets into thinking it’s worth at least $1,000 more than that.

This microphone also ships in a nice bundle including the RODE SM6 shock mount, integrated pop shield, 20-foot XLR cable, mic dust cover, and a 10 year extended warranty. That’s easily an extra $60 (or much more) included in the package you won’t get with our more expensive picks.

Audio-Technica makes some our favorite, affordable microphones out there. If you’re looking to take it up a notch and step out of the USB world, AT is a great option.

It has several mics ranging from the $300 AT4040 to the $699 AT4050, and it keeps going up from there. As a proud owner of both models, I can highly-suggest them as extremely versatile options that sound great and won’t break the bank. Both of them sound particularly great with vocals and even acoustic guitars. They are essentially the same, but you will get some additional polar patterns on the more expensive option and it does tend to offer up additional subtleties for more intimate recordings, in my opinion.

If you can’t afford to go for an expensive Neumann or something of that nature, the Audio-Technica AT40-series is the next best thing.