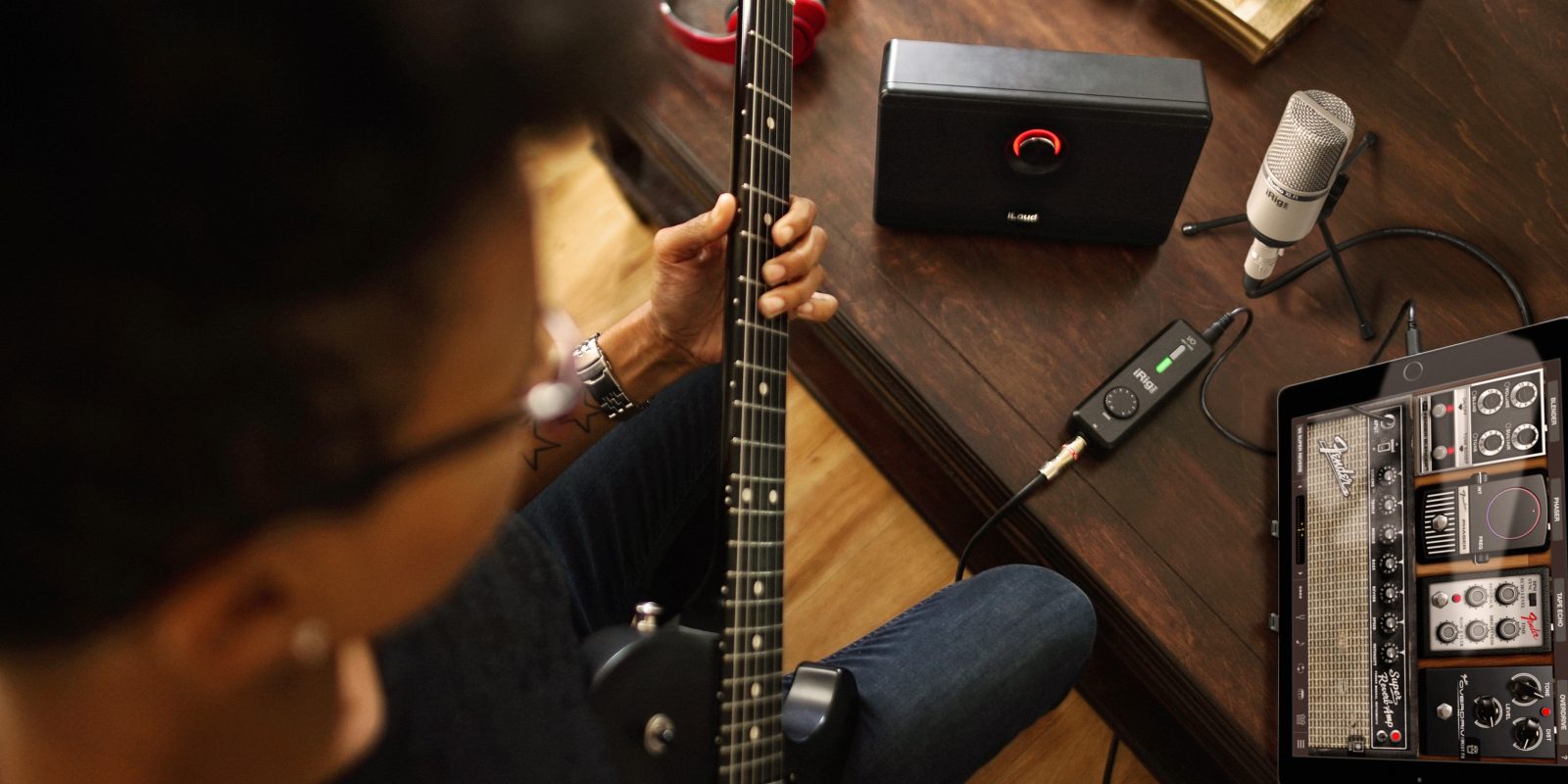 Recording on iPhone and iPad has never been so exciting. With the plethora of software in combination with the near endless list of hardware options out there, it is easier than ever to record full songs, podcasts and even soundtracks directly to a mobile Apple device. We have always been big fans of what IK Multimedia has done in the space and companies like Apogee and Focusrite continue to turn out high-quality recording solutions for mobile producers.

We thought it would be a great time, ahead of the busy holiday season, to break down some of the best options out there for 2017. Down below you’ll find our top picks for the best Lightning iOS Interfaces in various price ranges to keep the tape rolling on all your mobile masterpieces…

IK Multimedia has been one of the leaders in the mobile recording space for a while now. Its gear sits on the fence between professional and consumer, offering some of the most capable and affordable options out there. When it comes to beginners or someone just looking for a quick solution that does it all, look no further than IK.

We recently had a chance to go hands-on with the company’s latest Lightning audio interface for iOS/Mac, and came away quite pleased with the experience. Along with a combo XLR/1/4-inch jack and a 24-bit/96kHz recording resolution, it will also transfer MIDI to your DAW using a tiny 2.5mm connector (included). You’ll also get a host of high-quality software instruments and FX modules.

In our review we said we “wouldn’t hesitate to say the iRig Pro I/O is one of the best audio interfaces in the price range when it comes to portability and quality.”

Focusrite has been creating a name for itself in the music production industry over the past few decades with everything from hardcore outboard gear (FX etc.) to recording desks, channel strips and even software emulations. Its iTrack Solo Interface for iOS with Lightning connectivity brings the company’s name and expertise to the mobile space in a major way.

Perfect for recording vocals, guitars or anything else you might have laying around your home studio directly into your iPhone or iPad, this sucker will also connect with your Mac or Windows machine. Some other standout features here include the aluminum unibody case and LED-style indication halos around the control knobs on the front panel. For those looking for a more traditional (or professional) looking form factor, Focusrite might be the best option on our list.

Apogee is certainly the most hardcore name on this roundup. Its high-end interface solutions have been servicing the biggest studios in the world for years. So like Focusrite, this is another example of serious pedigree taking a step into the mobile space. While not the newest option in our list today, the Apogee JAM 96k Guitar Interface is still among the best options out there.

Just keep in mind, this one is specifically for guitar players, there is no Phantom Power or a mic input here. While it may not be the best bang for your buck in that regard, you’ll have a hard time finding a better sounding guitar input at this price period. It has 24-bit/96 kHz recording, works with iPhone, iPad and Mac out of the box and requires no external power to run. 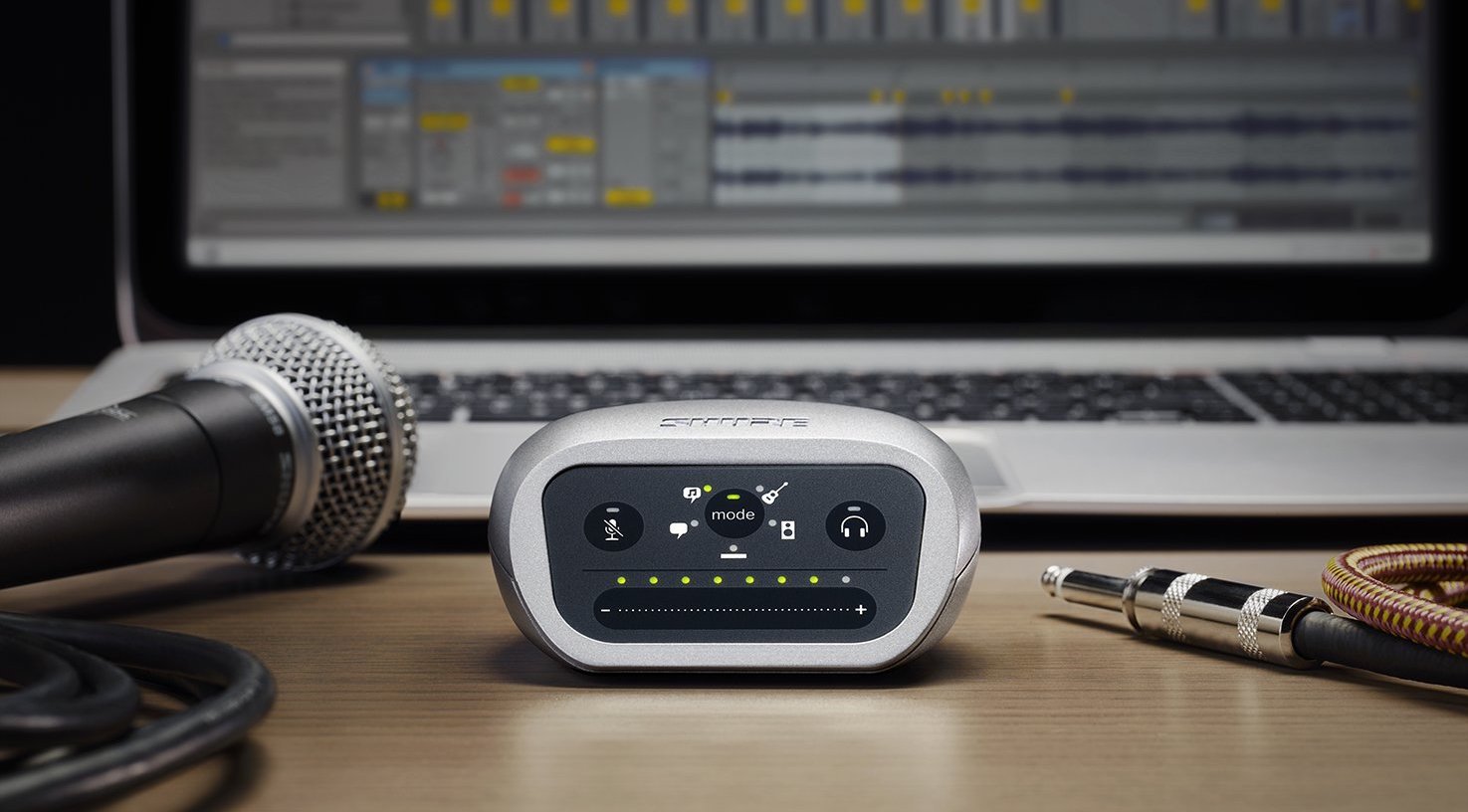 Shure makes an excellent iOS Lightning Interface with the MVi. Much like the Focusirte housing, it features easy to use front panel touch controls including recording mode, monitor volume, mic gain and a dedicated mute. The built-in combo jack allows you to record all your microphones (one at a time w/ Phantom Power) and guitars. It’s also small and durable (all-metal construction) enough to take with you just about anywhere you want to lay some ideas down.