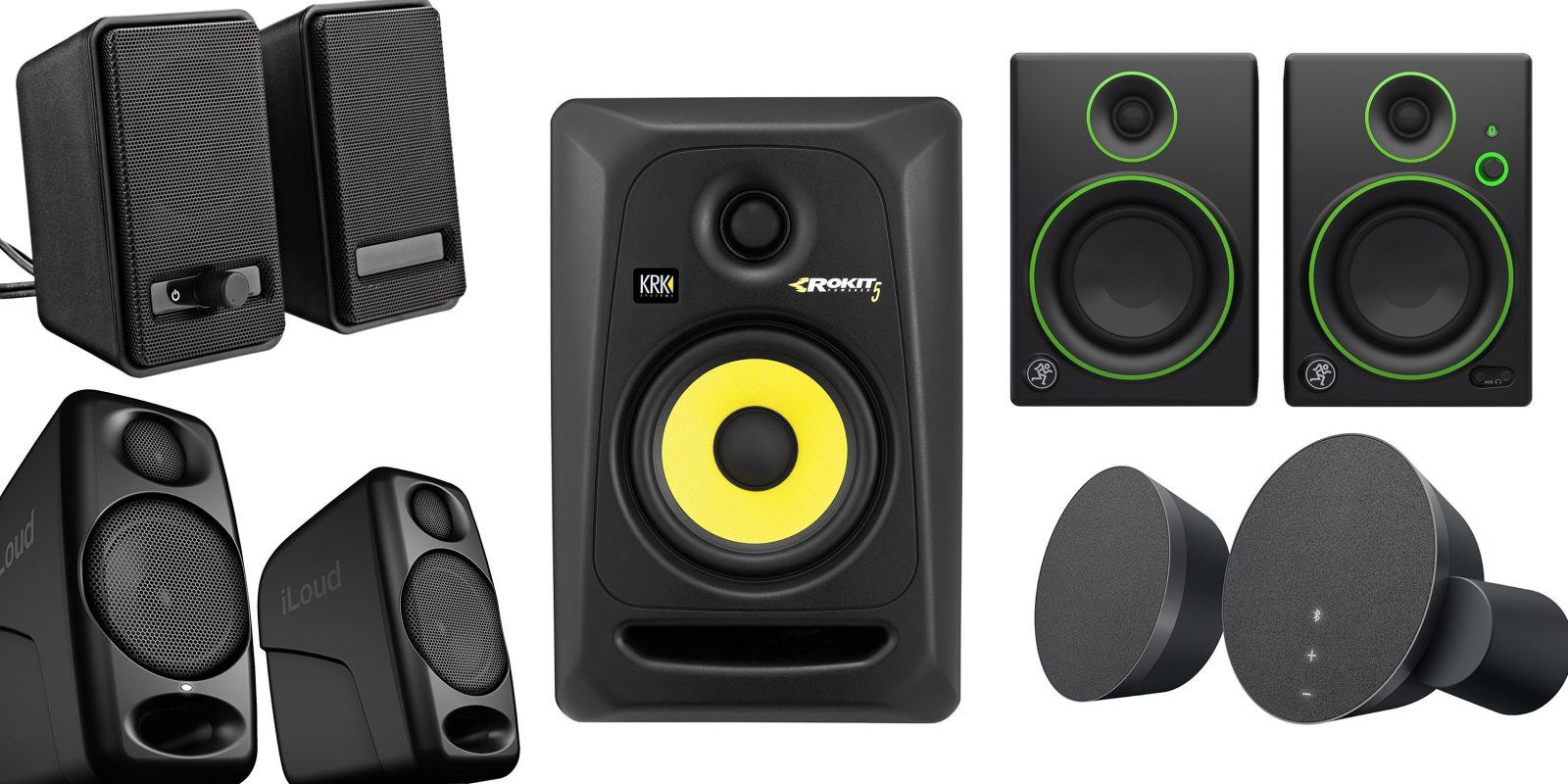 Choosing the perfect pair of desktop speakers usually boils down to what you want to do with them and how much you’re willing to spend. Personally I think a studio monitor is best for someone looking for a more audiophile-like experience without spending a fortune. Whereas if you’re just looking for casual YouTube speakers that sound great with your Apple Music account as well, a simple multimedia speaker will certainly do the trick.

Either way, we have something for everyone down below with our top picks. Ranging from $14 up to $400 or so for the pair, most of the usual suspects are once again appearing on this year’s list including Logitech, IK Multimedia and KRK.

Logitech’s new MX Sound Speakers are some of the most affordable on our list today. They are great for both desktop situations and for streaming audio from your portable devices over Bluetooth. MX 2.0 features 15 Watts of power (30 Watt Peak) and utilize something called Easy-Switch technology that allows you to “seamlessly switch between audio sources.”

You can find out more in our complete launch coverage right here where we said:

From watching YouTube reviews, to movies, and listening to music, the MX Sound performed beautifully. At $99 it’s a no-brainer desktop speaker setup. 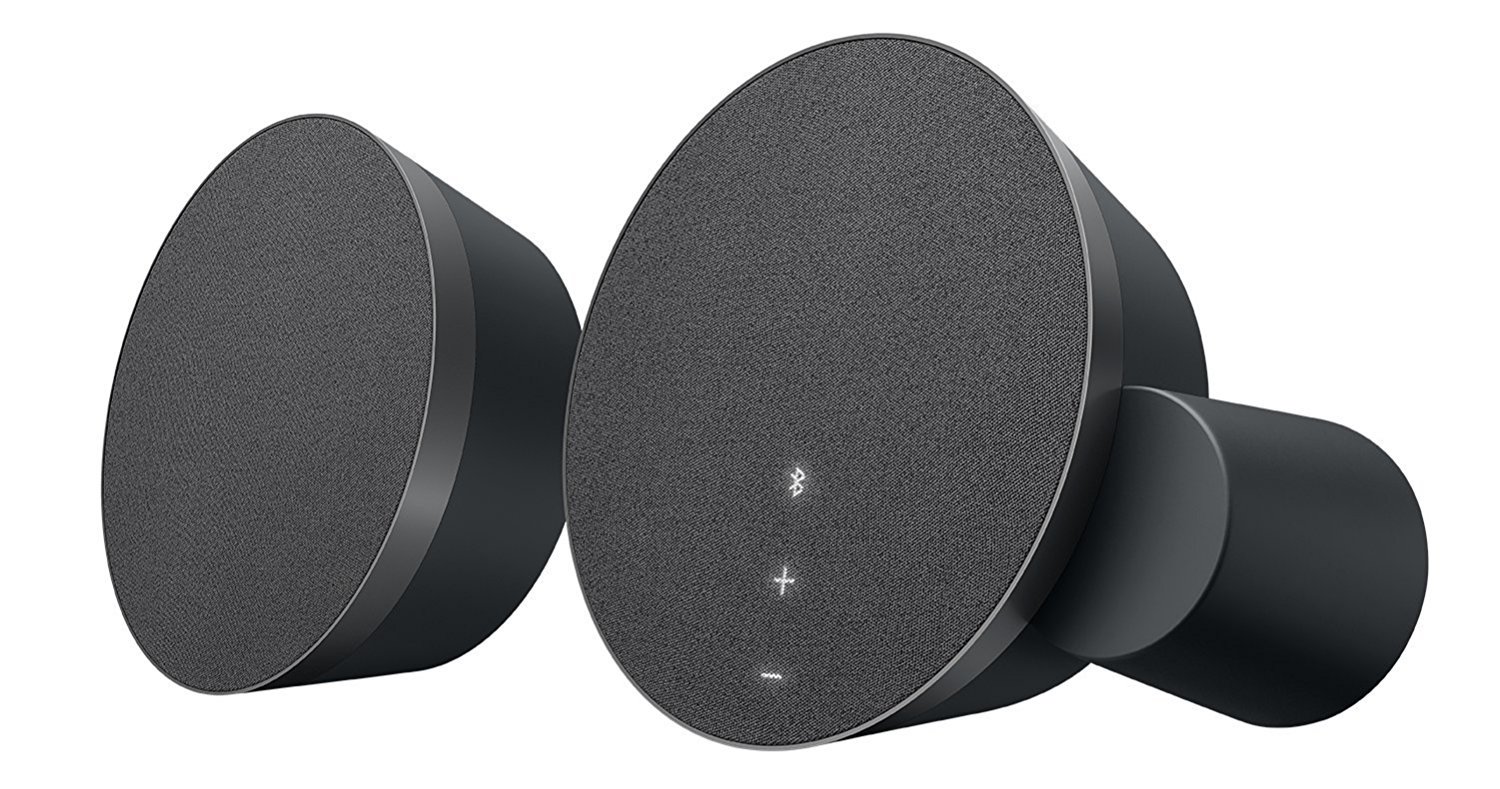 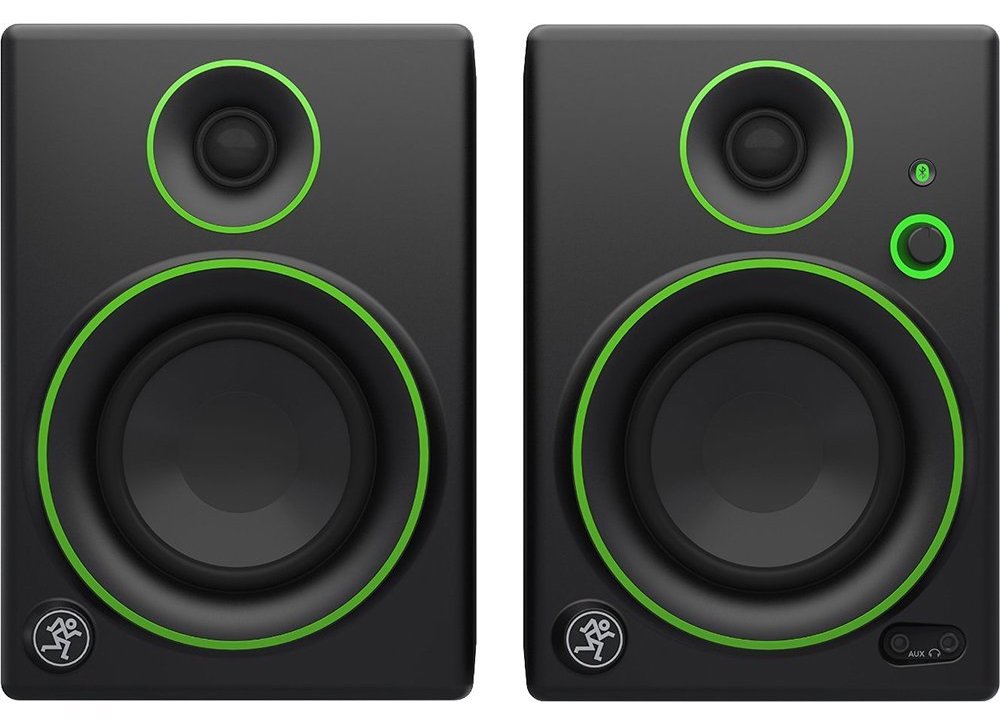 Mackie’s CR-series of monitors not only bring one of the best names in audio to your desktop but also solid audio quality and Bluetooth steaming (on some models). Ranging from $95 up to $220 or so, there are options in just about everyone’s price range here. We like the Mackie CR4BT 4-Inch Bluetooth-Ready Multimedia Monitors at around $170, offering just enough size to get nice and loud but also a small enough footprint to keep your desk tidy. You can stream tunes to them from your smartphones and tablets and they ship with speaker isolation pads. 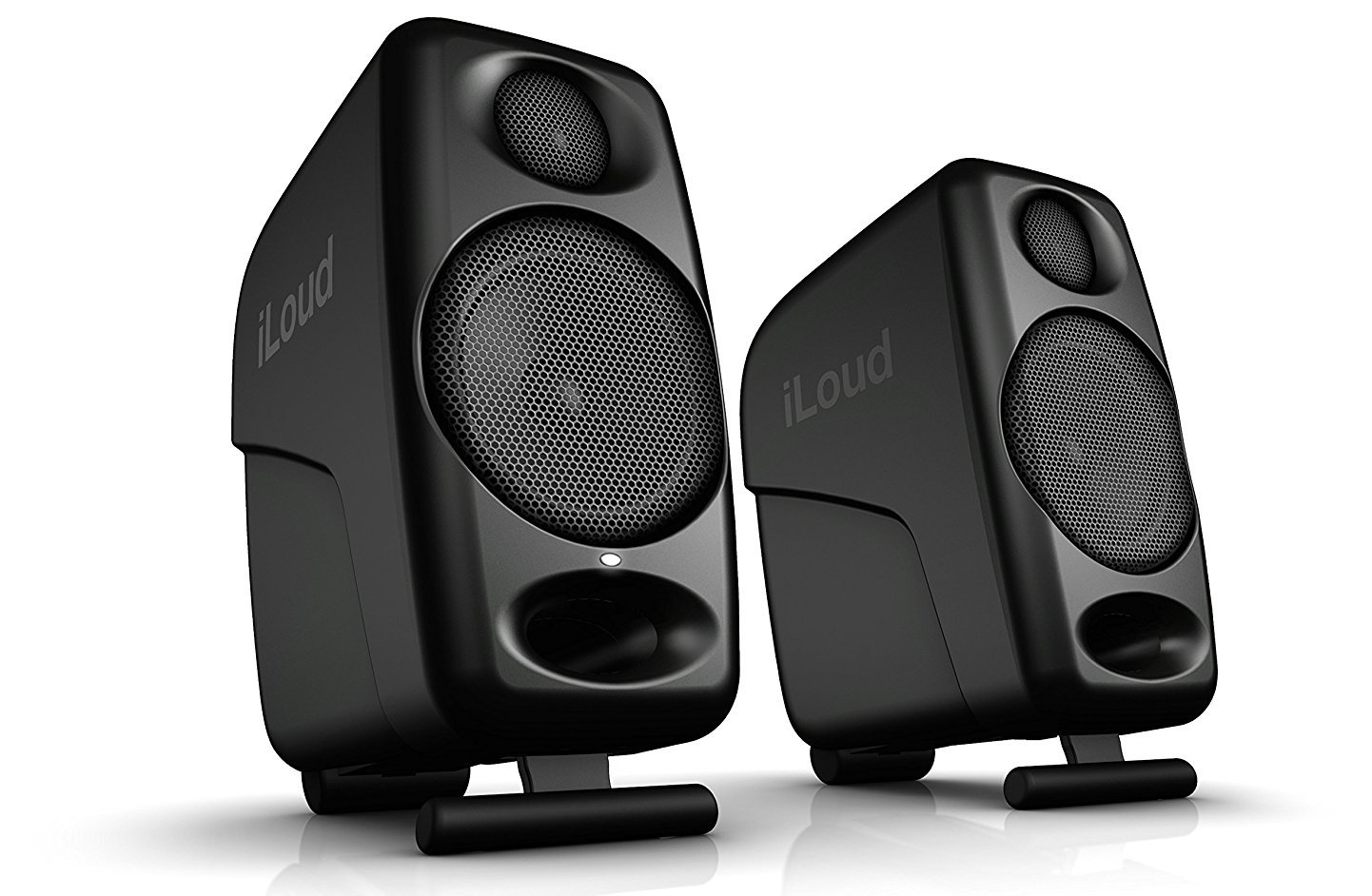 IK Multimedia’s iLoud Micro Monitors strike a fantastic balance between near-field studio monitors and casual desktop speakers. While you’ll certainly pay a bit of a premium here for the brand name. After going hands-on for our review, they are a great size for smaller home studios and the ability to stream tunes over Bluetooth makes them even more versatile.

KRK monitors remain at the top of our list once again. While its VXT-series flagship products are some of the best on the planet, they are much to pricey for this particular list. Instead we will be looking at the latest generation KRK Rocket G3 speakers. Ranging in size from a 4-inch woofer up to a massive 10-inch, these will be some of the best sounding speakers in the price range you’ll ever hear. Astoundingly, the 5-inch Rocket is not only the same price as the IK iLoud Micro Monitors but it’s also a much bigger and louder speaker. You will not, however, be seeing any bells and whistles on KRK gear, most importantly Bluetooth streaming. 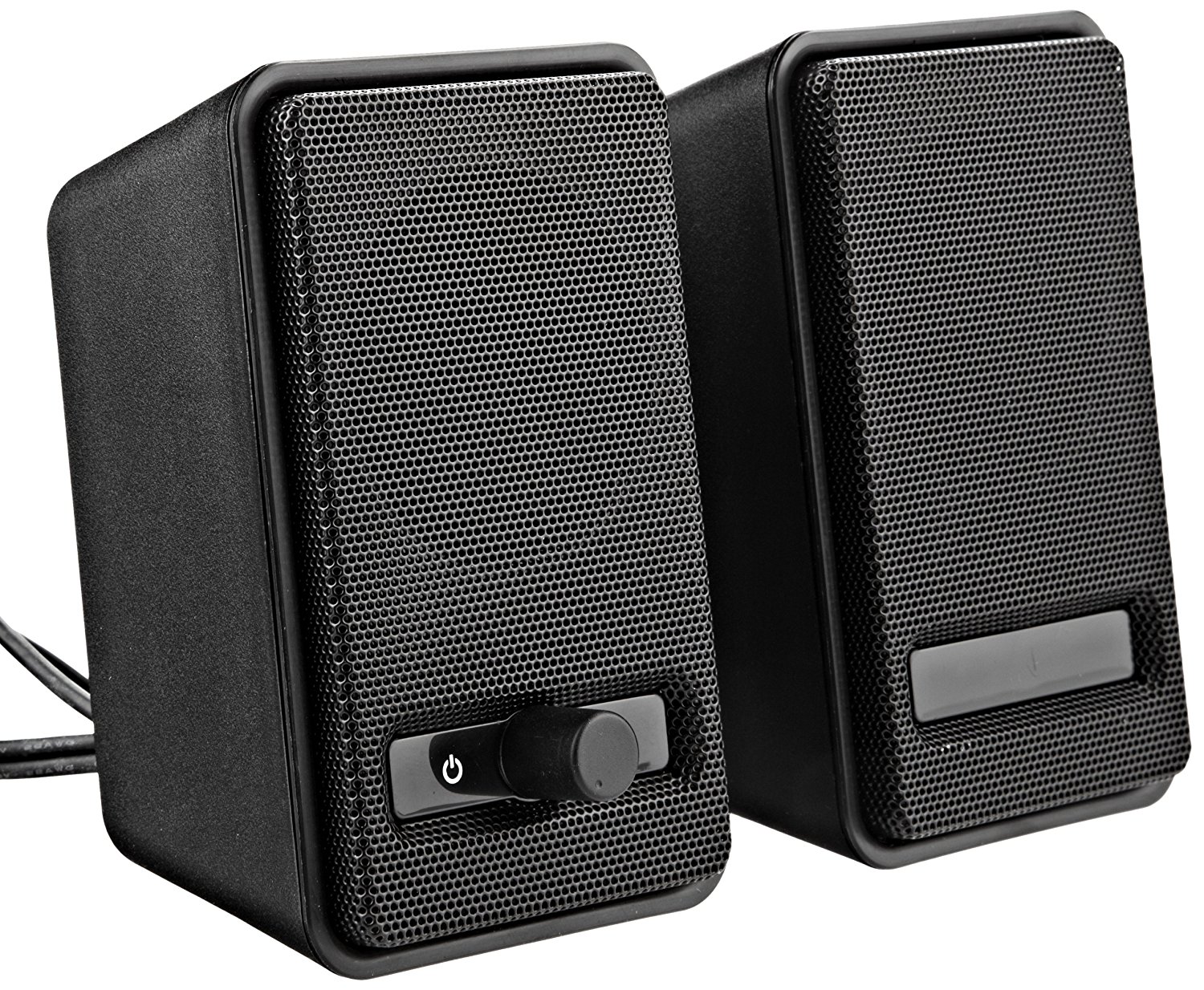 For those of you looking for something very quick and easy, the AmazonBasics USB-Powered Computer Speakers go for just $13.99 Prime shipped. They are also the best selling computer speakers on Amazon.

Some honorable mentions include the Bose Companion 2 Series III Multimedia Speakers at $99 and the Audioengine HD3 Wireless Speakers for $399.