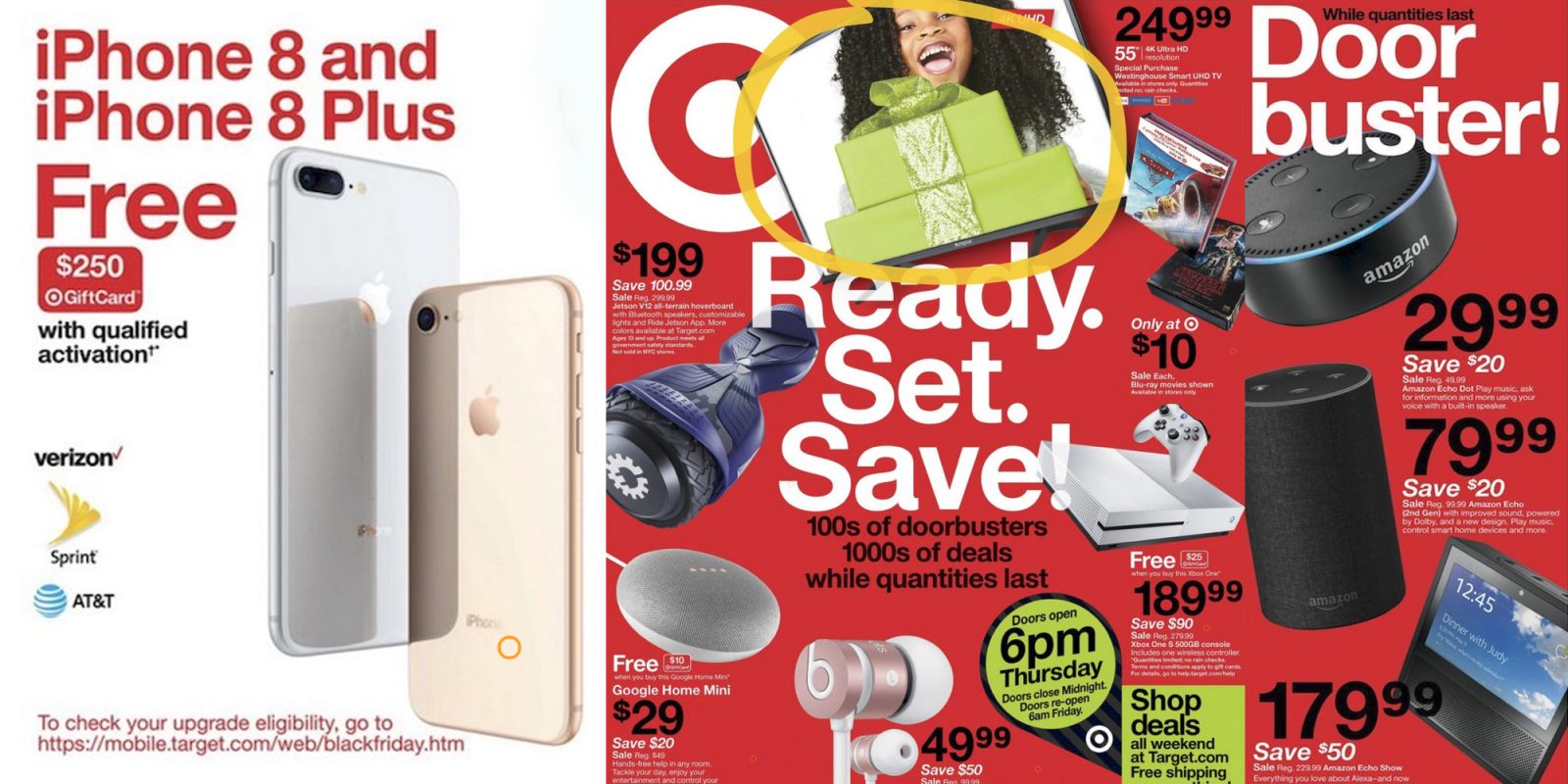 Well, it’s Monday and the first major Black Friday 2017 ad leak is here. Today we’ve got our hands on Target’s ad, and it sure is packed with deals. Target has historically supplied some of the strongest Apple discounts down through the year, and it looks like that will continue in 2017. We’ve already spotted deals on iPad/Pro, Apple Watch, iPhone 8/Plus and more. Hit the jump for all of our top picks and store hours.

Target will be opening its doors at 6PM on Thanksgiving until midnight for eager shoppers, with the Black Friday madness starting at 6AM. Of course, REDcard members can save an additional 5% on every order, which is a great way to up the holiday discounts. It also appears that Target will be running a one-day early access Black Friday sale, but details are slim at this point. Of course, we told you a few weeks back that Target shoppers will receive free delivery as well throughout the holiday season.

While the Apple deals are aplenty, what’s really caught my eye is a trio of notable Echo discounts. The second generation Echo model will be marked down to $80 from $99 as a doorbuster, along with with Echo Dot hitting $30 (Reg. $50) and Echo Show down to $180 (Reg. $230). There’s no word at this time if these discounts will be extended online or simply in-store, so you’ll want to keep an eye out here as we get closer to the big day.