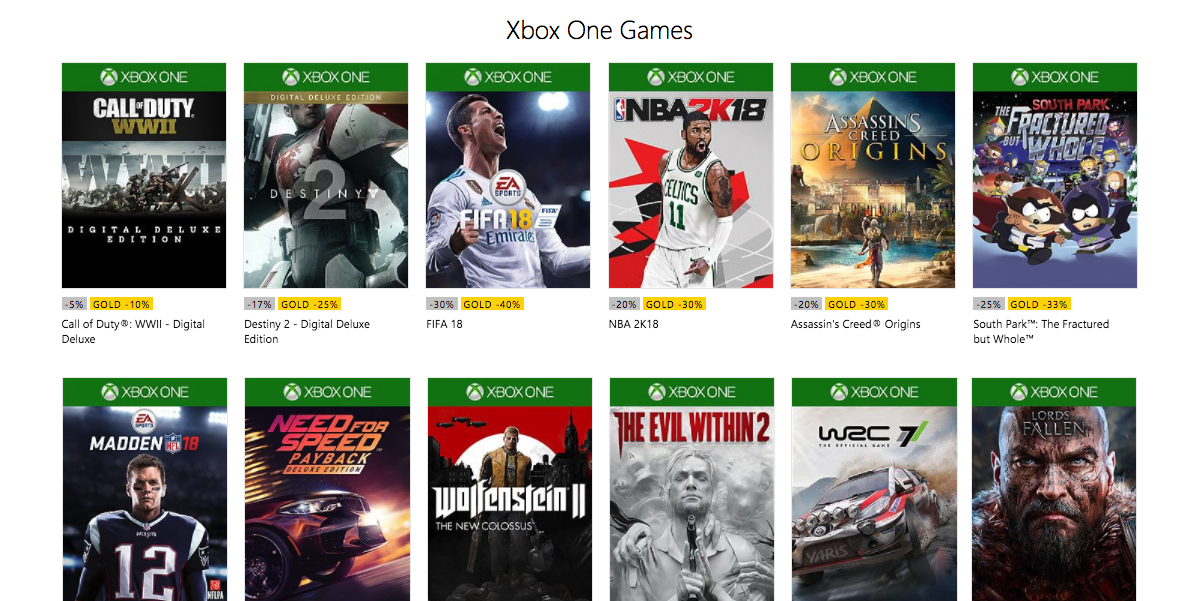 The Microsoft Store launched its Black Friday 2017 ad earlier this week with a number of notable deals on Xbox games and one of the best Xbox One S 500GB bundles we have seen yet. In fact, we have already broken down the best-of-the-best Black Friday 2017 gaming deals right here. Today, the company not only announced plans for its digital Black Friday game sale, but it is also already live for Xbox Gold members. After Sony announced plans to drop the price on its current gen hardware along with wide ranging sales across PSN, it was only a mater of time before MS followed suit.

It’s all about the games right now. While some of these titles are available as part of doorbuster deals at Walmart, Best Buy, Target and others, there’s nothing better than getting a solid deal on a game right from your couch. You might find some of them for slightly less during Black Friday, but many of these deals are solid and will save you from having to wake up in the middle of the night or waiting in line at your local Best Buy at 7am.

There are hundreds of Xbox One and 360 games on sale here, just remember the sale is only available to Xbox Live Gold members until it opens up to everyone in about 4-days time.

As always, we’ll have the best deals at 9to5Toys on Twitter and Facebook throughout the holiday shopping season. Be sure to bookmark our Black Friday 2017 guide for all of the latest news and deals. 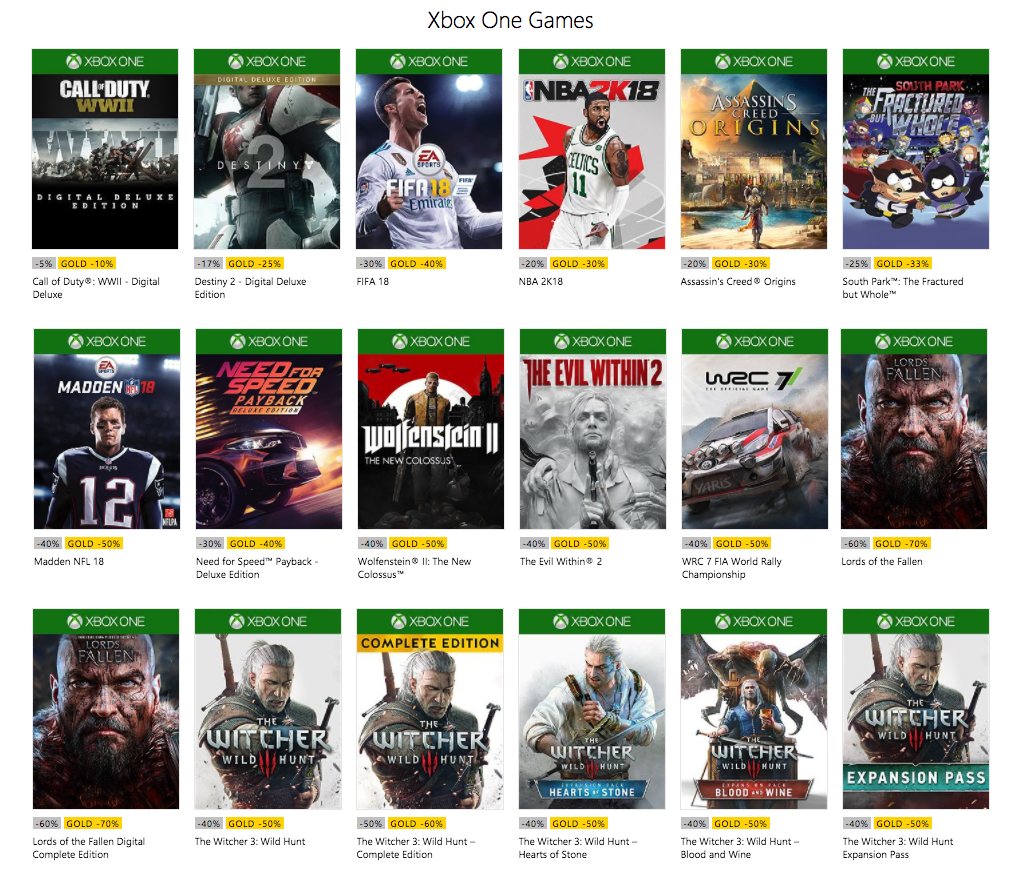