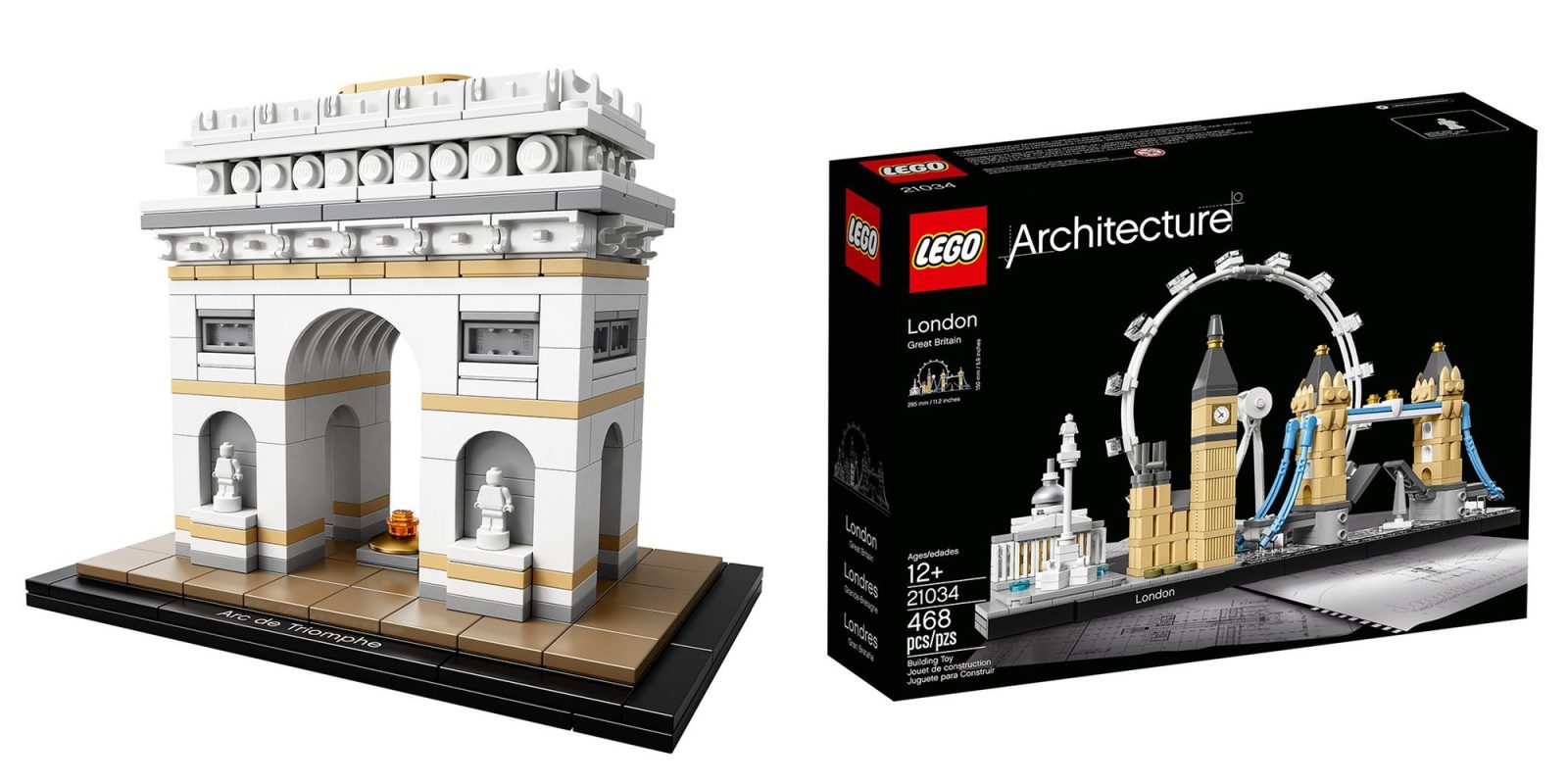 Update: Amazon is also offering the Architecture Solomon R. Guggenheim Museum for $63.99 shipped. That’s a $12 discount and the lowest we’ve seen it go for. The Chicago Skyline is at an all-time low of $32 as well and if that isnt enough  for you the Buckingham Palace is $10 off and down to $40.

Amazon offers the LEGO Architecture Arc De Triomphe 21036 Building Kit for $31.99 shipped. Also available at Toys R Us. That’s good for $8 off the going rate, returns to our previous mention and is the match of Amazon’s all-time low. We’re big fans of the brick-built French monument, and you can read more in our hands-on review.

Amazon is also discounting the LEGO Architecture London 21034 Skyline down to $31.99 shipped as well. Matched at Toys R Us. In this case you’ll score the same $8 savings which drops the price to a new all-time low at Amazon.

We’ve also spotted the LEGO Star Wars AT-ST Walker 75153 kit at a new Amazon low of $28.79 shipped. Also at Toys R Us. That’s good for $ 6 off the going rate and the lowest we’ve seen the fearsome Imperial Walker sell for. I just recently got my hands on the set, and it’s an awesome build for the money, even at full price.

Capture the architectural elegance of one of the world’s best-known monuments with this impressive LEGO Architecture interpretation of the Arc de Triomphe. This detailed model faithfully reproduces Paris’ iconic masterpiece, with statue-adorned pillars, sculptural reliefs and subtle coloring that adds warmth while emphasizing the model’s bold lines, curves and contours. It also includes a golden plate to represent the tomb of the unknown Soldier, a LEGO interpretation of the eternal flame and a decorative Arc de Triomphe nameplate.