While there’s more technology at our fingertips than ever before, it’s still possible to find joy in the games of yesteryear. Take the success of Nintendo’s retro SNES/NES console for example. The last two holiday seasons have been overtaken by unending demand for these remakes that are still largely sold out at retailers in North America. Casio is looking to cash in on this throwback trend with the reintroduction of its Game Calculator SL-880.

Made popular in the 1980s as one of the first calculators to introduce ‘apps’, the SL-880 delivers simplified games such as a Space Invaders-inspired numerical shooter. Just how in-demand is an original version? There are eBay listings currently fetching over $200 and you can expect the revived version to be a hit as well.

Originally released at the Casio MG-880 some 38 years ago, this calculator set off a decade of reinvention for a product category that was largely stagnant. As technology progressed, it was possible by the late 1990s to add a variety of games to popular alternatives from Texas Instruments and the like. I for one always loved a game of Worm or Asteroids during algebra class.

Casio saw so much success with the original model that it subsequently introduced several additional models of this calculator. As years went on and competitors like Texas Instruments developed more high-powered devices with greater features, Casio’s 1980 release faded into the background.

Flash forward to today and Casio is set to unleash a refreshed version. While it looks similar in design, you can tell that more modern-day materials are being used here. Of course, at its core, this is still a calculator. But we’d venture to guess that most will be after this release for the invaders game. 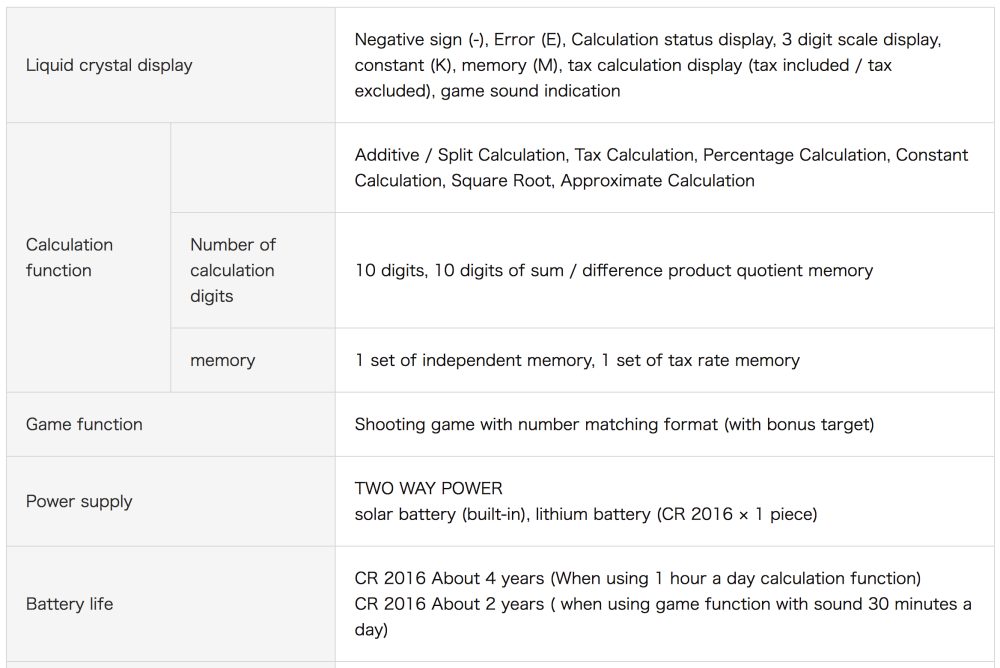 Like the previous iteration, this simple game is handled with the plus key serving as the beam canon trigger. There are three turrets all together that must be knocked out in order to advance to the next round. Obviously the graphics here aren’t mind-blowing, but there is something rather endearing about playing a simple numbers-based game.

At this time, release details are still somewhat murky. We know that Casio will put the new SL-880 model up for sale in Japan on March 23rd with a price of around JPY 2,000. That equates to $19 here stateside, whether or not it comes to the United States. Given the amount of interest we’re seeing on eBay for the originals, it wouldn’t surprise us to see releases hit the secondary market.

Game calculator revived in the 1980s

Casio Computer will release the ” Game Calculator SL – 880 ” integrated with a calculator function with excellent practicality and a shooter that will hit the enemy invaders with a beam gun on March 23.

In recent years, while various things are connected to the net and functionality and convenience are improved, there is also a movement to reevaluate past hit products that are simple in comfort, including electronic games in the 1980s.

” Game calculator SL – 880 ” of this guidance is popular with the game calculator “MG – 880” which we released in 1980, while having practicality suitable for modern calculator such as oversized display and tax calculation function that easy to see figures It is equipped with a shooting game using the numeric display of the calculator as it is. You can enjoy a wide range of layers, from simple generations to never-ending generations of game calculators despite simple but extremely deep game contents.

It is a simple and fun game to intercept the number of invaders coming in from the right side by matching the numbers of beam guns. Firing with the “+” key as a beam cannon according to the number contained in the target with the number of times pressing the “·” key. There are three beam turrets, and it decreases by 1 each time it is invaded. Score is determined by the position intercept the invaders, (appearance each time the end of the total value of the shot down the number becomes the UFO 0 ※ 300 points and shoot down) it will be added.

Unit 1 of our game calculator which we released in August 1980 and was blown away by the world. The content of the game is the same as ” SL – 880 ” of this time, but the number of display digits is 8 digits, the size of one digit is about 34% of ” SL – 880 “. At that time, since the consumption tax is not introduced, the tax calculation function is not installed and solar batteries are not installed. Since the launch of the MG – 880, we tried to expand line – ups such as boxing and baseball, and the game calculator gained popularity in a wide range of people, mainly in the early 1980 ‘s.