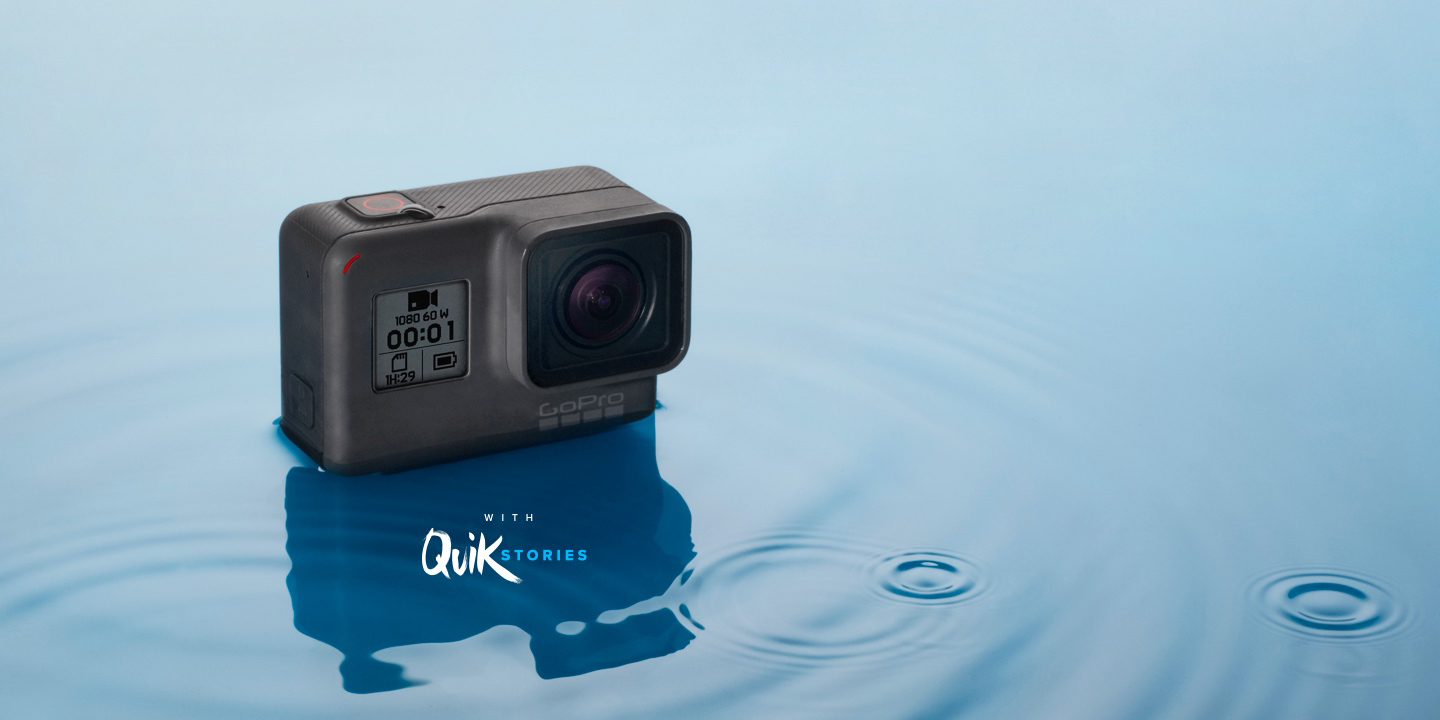 This morning, GoPro delivered on a promise to unveil updated hardware this year, unveiling its new $199 HERO. Priced at a more “accessible” MSRP, it’s designed to bring in more content creators and comes at just the right time for a company that’s desperately in need of growth. GoPro has had its share of ups and downs in recent months as it shuttered its Karma drone operation and has seen sales slip.

The new HERO model arrives with basic 1080p capabilities at 60fps along with the ability to shoot 10MP stills. GoPro brings its electronic video stabilization system to this new camera, too. It certainly doesn’t pack all of the advanced features of the higher-end HERO6, but the price point is sure to be attractive for those looking to dabble in content creation.

One of the problems that GoPro is facing in 2018 is market saturation. Despite the lower-priced $199 MSRP of today’s release, you can easily find lower-priced alternatives from other manufacturers (and GoPro too!).

While it enjoyed incumbent status as first-to-market initially, recent release cycles haven’t been as kind. The HERO6 hit last year with a variety of new features, including a slick touchscreen display, but its high price point is a non-starter for many casual users. Time will tell if today’s budget-friendly release can stem the tide for GoPro.

Despite not packing the same high-end specs of the HERO5 and 6, there’s still a lot to see here. Despite no 4K capabilities, most users at the $200 price point are going to be happy with 1440 or 1080p footage.

One of the big wins for amateur videographers is GoPro’s inclusion of electronic video stabilization, which the previous entry-level model did not have. For those not sporting expensive stabilization systems, this is a big help for capturing pro-grade footage.

I for one and glad to see the inclusion of a two-inch touchscreen display on today’s release. Having been through three generation of GoPros, by far my favorite is the HERO6 which also sports the same interface. With smartphones being a cornerstone of our daily lives, the reality is that we’re just more comfortable interacting with touchscreens. It makes finding your way through menus much easier, which has always been an issue with GoPro’s vast amount of recording options.

This year is shaping up to be an interesting one for GoPro. Just last week it announced plans to license its technology to third-parties, but details have been rather vague to this point. How far has the brand fallen in recent years? Its stock topped out at $80 in 2014, falling to around $5 this week. It’s tough to believe that a new budget-minded camera will turn things around, but GoPro is certainly in a situation where it needs to explore its options.

GoPro’s HERO action camera is available for purchase today from Amazon for $199.