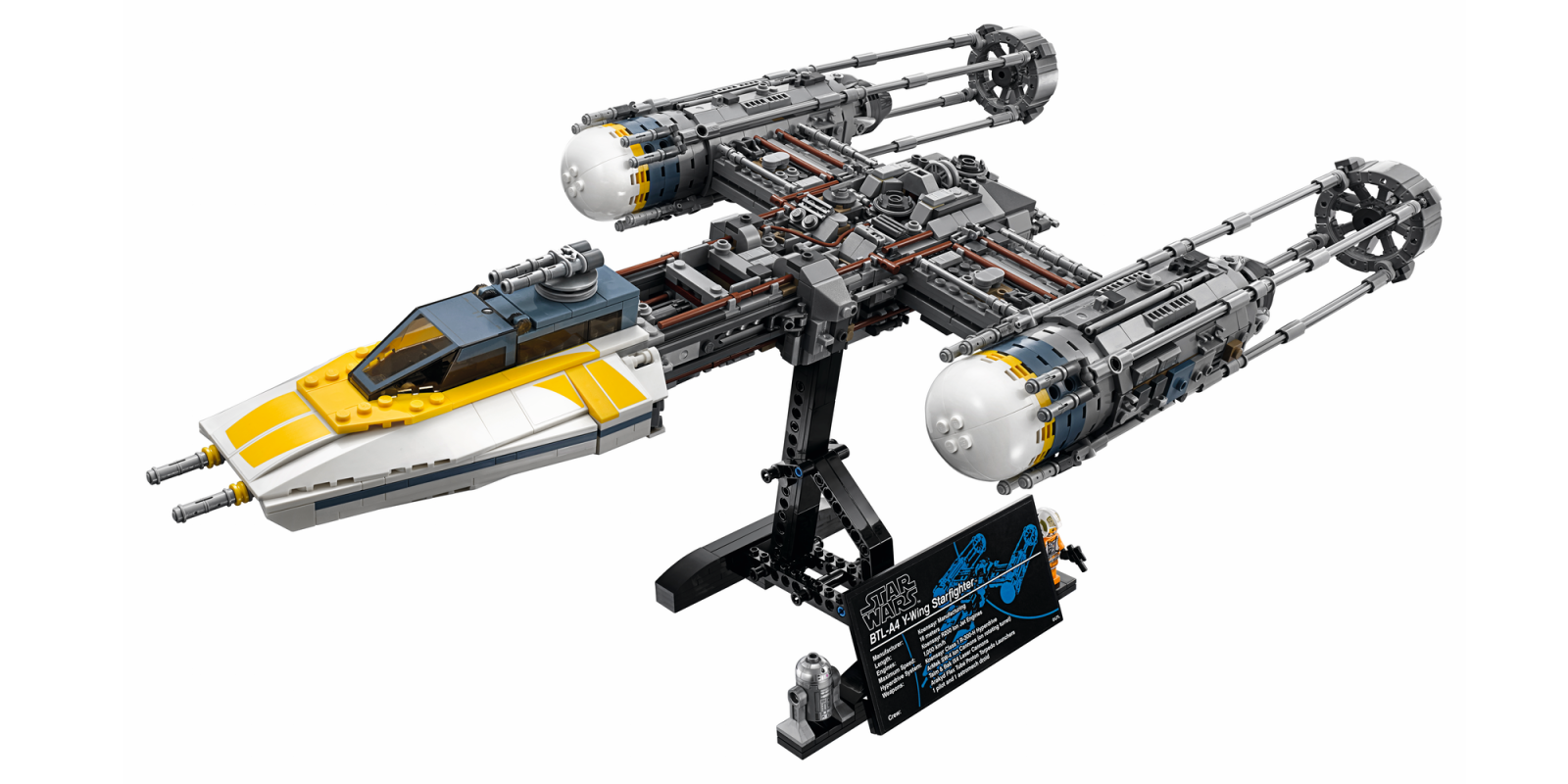 Amongst last year’s selection of massive LEGO kits, Star Wars fans were lucky enough to get two different models from a galaxy far, far away. With the Ultimate Collector’s Series Snowspeeder kicking off the year, the behemoth Millennium Falcon followed to close out 2017.

Today, LEGO announced the next addition to its Star Wars UCS line in the form of the Y-Wing Starfighter. Stacking up to just under 2,000 pieces, the rebellion’s trusty bomber sports an opening cockpit, wheel-activated rotating ion cannons and an exclusive new minifigure.

The latest of LEGO’s UCS is finally here, with the Y-Wing Star Fighter joining the likes of other iconic vehicles from the Star Wars’ universe. And while the ship has had its fair share of LEGO recreations over the years since the lineup’s release back in 1999, this is by far the rebel starfighter’s most detailed and largest rendition.

And because this is an Ultimate Collectors Series kit, the Y-Wing bomber boasts many of the features common to the lineup of sets like a movie-accurate design, steep part count, loads of detail and a display stand with information plaque. 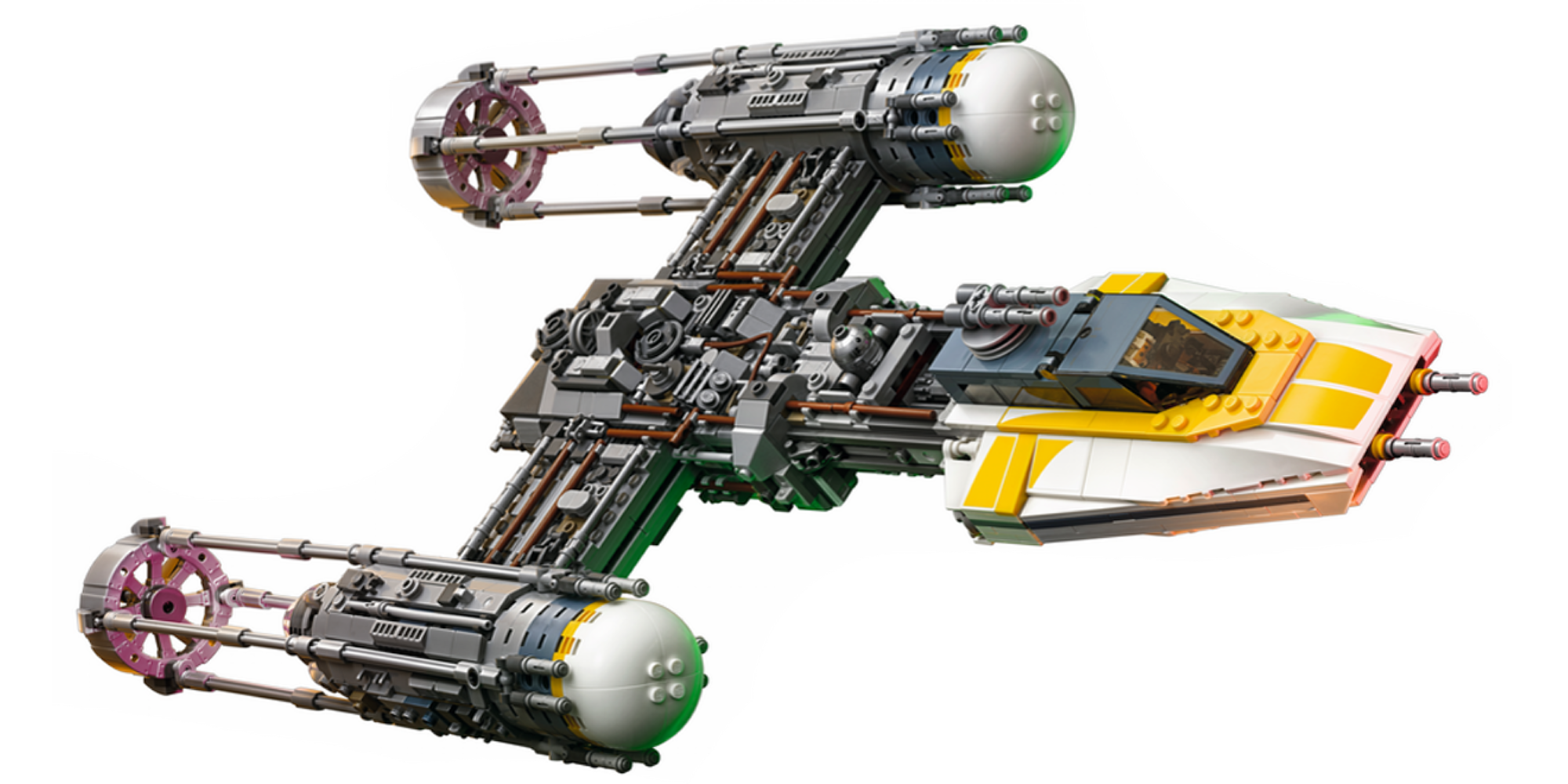 Minifigures were a particularly notable emphasis with the Millennium Falcon, but that isn’t quite the case for 2018’s first UCS set. This time around, the kit includes 2 minifigures: a brand new Gold Leader Rebel Pilot and an R2-BHD astromech droid. Both are exclusive to the set and feature front and back printing. UCS Star Wars sets typically only include 2 minifigures, so the Y-Wing continues that trend with some top-notch inclusions.

Aside from the slick cockpit and greeble-packed thrusters, the kit also includes features like a rotating ion cannon, retractable landing gear and of course, space for R2 unit to tag along. 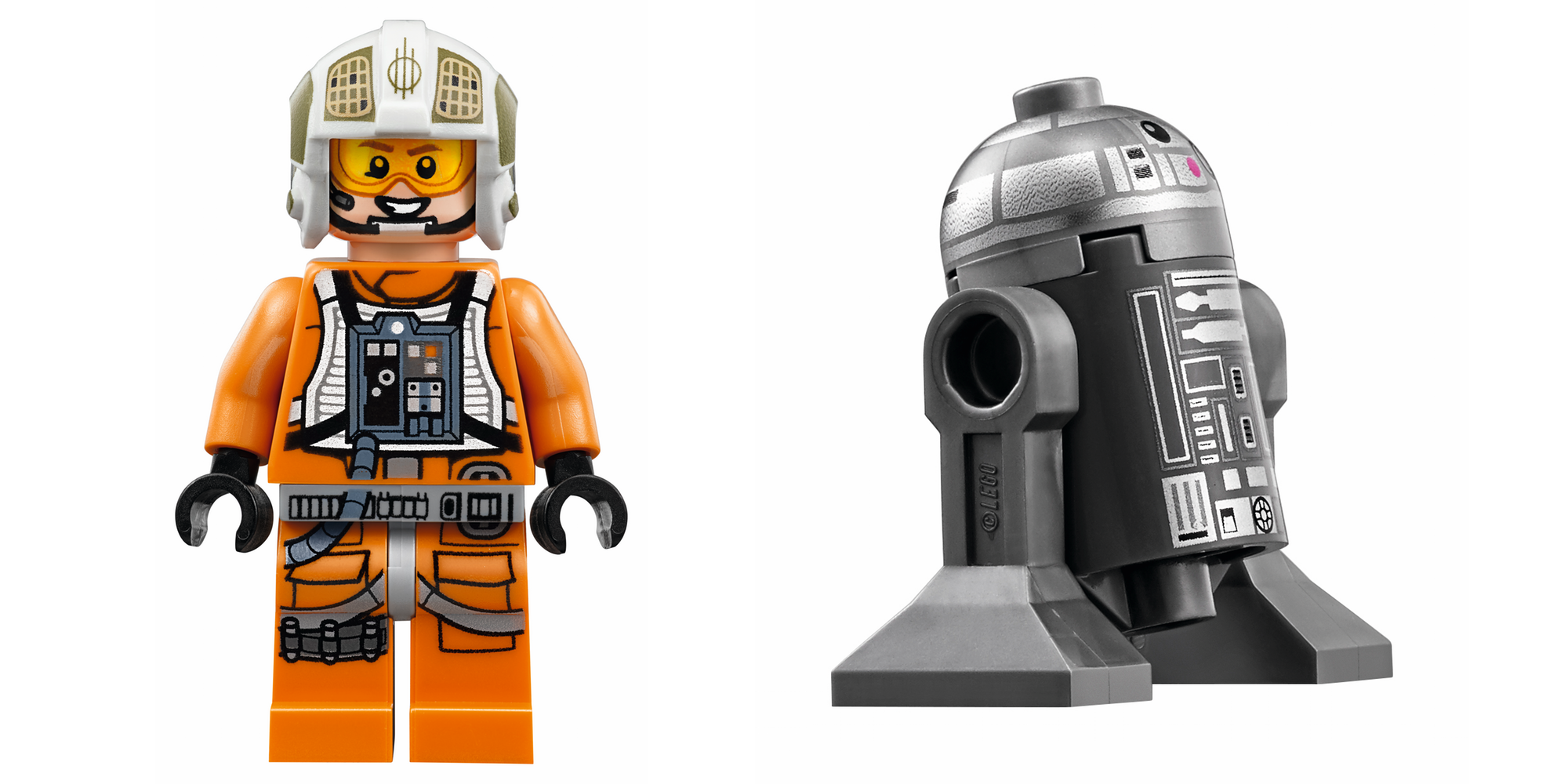 As with most of the more anticipated releases, the UCS Y-Wing will be a LEGO shop exclusive for sometime following its May 4th launch. It launches at the expected $200 price tag, which is an extremely reasonable price-point in my book given its part count and overall size. Given how much I’ve loved getting my hands on LEGO’s previous UCS Star Wars kits, I’m excited to see how the latest stacks up to its predecessors.

This LEGO® Star Wars Ultimate Collector Series model has an amazing level of detail, including an opening minifigure cockpit for the included Gold Leader minifigure, wheel-activated rotating ion cannons on top, retractable landing skids and space for the R2-BHD astromech droid. This fantastic Star Wars toy also comes with a tilting display stand and informational fact plaque, making it the perfect centerpiece for your collection.

· Includes a Gold Leader minifigure and an R2-BHD droid.

· Display the model on the tilting stand with informational fact plaque.

· Makes the perfect centerpiece for any LEGO® Star Wars collection.

· Part of the Ultimate Collector Series.

Available exclusively from 4th May, 2018 through LEGO® stores shop.LEGO.com, LEGO® Stores or via phone: