Nintendo’s highly anticipated cardboard LABO kits for the Switch are slated to arrive at the end of the month. And with Switch owners having waited since January to build custom accessories for their beloved consoles, Youtuber vmln8r has crafted their own DIY controllers, steering wheel and more with the help of 3D-printed adapters and a tub full of LEGO bricks.

The Nintendo Switch’s unique form-factor has been winning over customers for the past year thanks to its ability to game on-the-go and on the couch. And thanks to the ingenious Joy-Con system, a whole new space for designing custom switch accessories has opened up. Nintendo is taking advantage of this with its new LABO kits, but they’re not the only ones looking to expand the capabilities of your Switch.

Based around LEGO’s line of Technic bricks, vmln8r’s 3D-printed adapters utilize the more structurally-sound LEGO elements to craft your own accessories. The adapters work just like Joy-Con’s typically do, and slide into the rails flanking each side of the Switch. From there, each 3D-printed piece packs 14 different Technic pin holes, meaning there’s a lot of different ways they can be put to use. 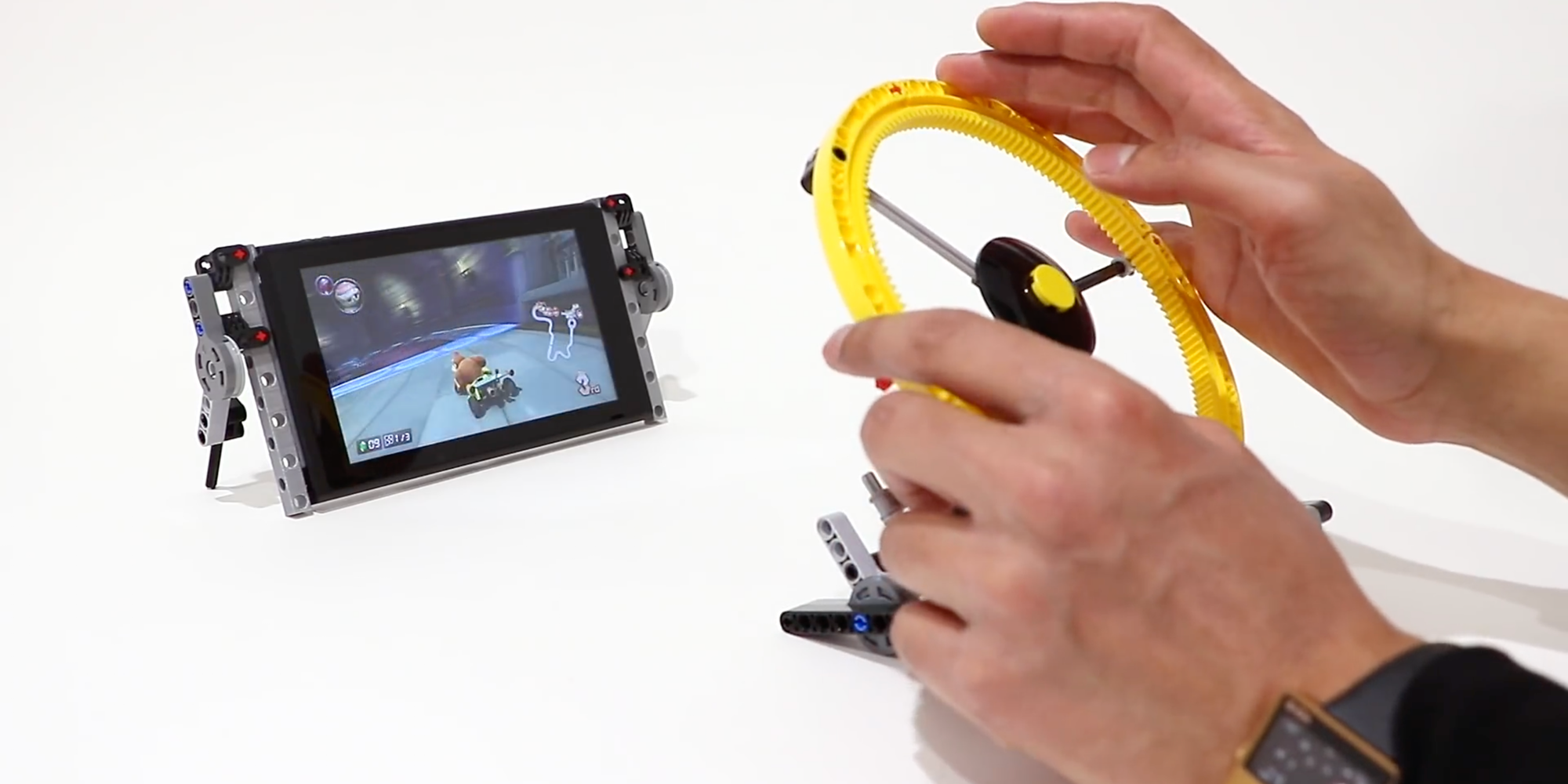 To show off the new custom Switch add-on, vmln8r assembled a few different builds to show off what kinds of accessories someone could create. The first of the brick-built accessories is a stand that aims to tackle the Switch’s flimsy kickstand. This is joined by a more ergonomic controller that positions the Switch above its two Joy-Cons.

More interestingly, two different designs of steering wheels have been demonstrated as well. Each of which is build around one of the console’s Joy-Con controllers and utilize some pretty interesting building techniques to translate the steering to joystick movement.

As much as we’re looking forward to getting our hands on Nintendo’s LABO kits come April 20th, there’s something just so much more appealing about assembling your own custom accessories out of LEGO bricks than cardboard. For those wanting to combine their love of gaming and LEGO, the custom Nintendo Switch Joy-Con rails can be downloaded from Thingiverse should you own a 3D printer and want to get started yourself.

If you don’t already own a 3D printer are interested in diving in, Monoprice’s Select Mini 3D Printer is a great entry-level option at $220 shipped. If you don’t want to deal with all the fuss to create your own Switch accessories, both of its LABO kits are for preorder available on Amazon as well.