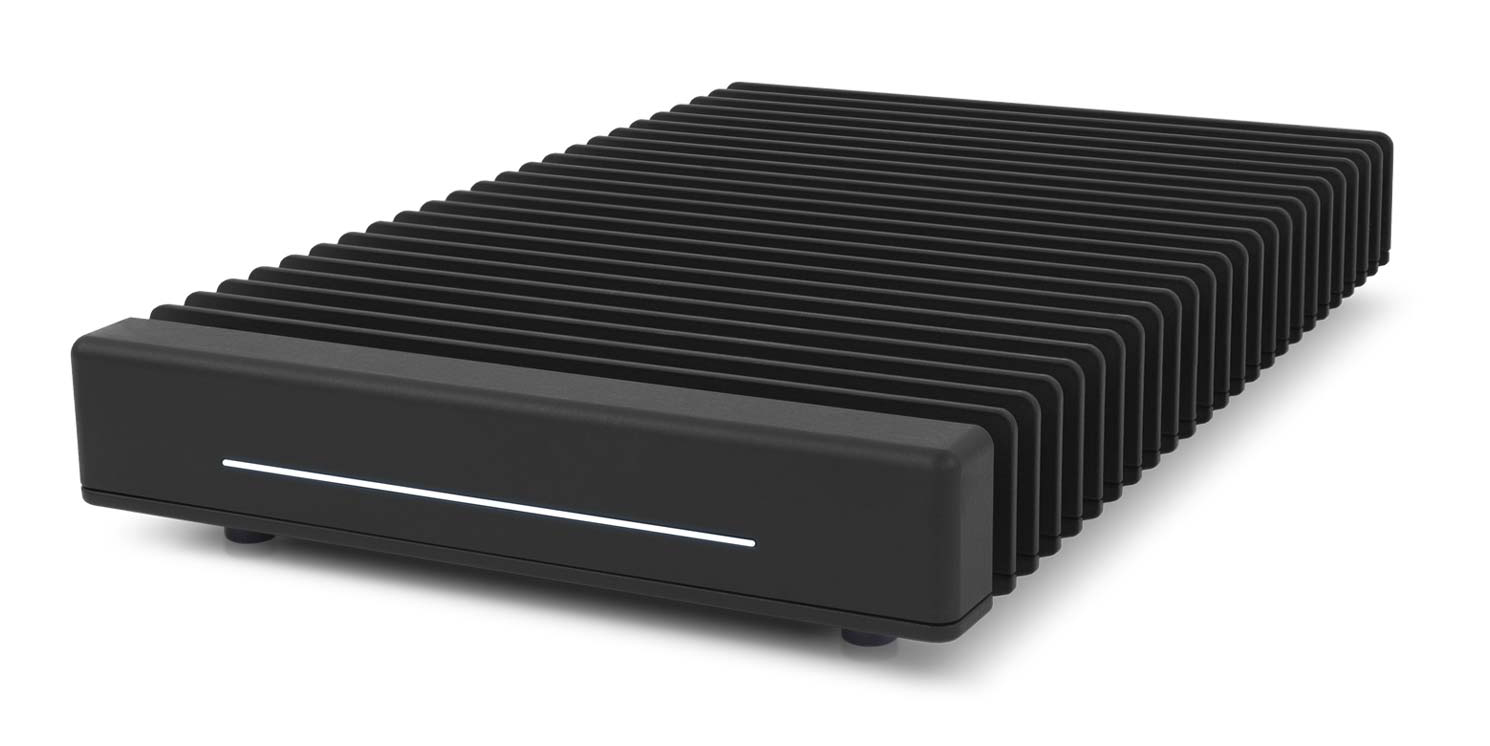 OWC is known for its high-end line of Apple-friendly storage solutions and accessories. This week, it has announced that its new ThunderBlade external hard drive is now shipping to consumers. First detailed at CES 2018 in Las Vegas, this new Thunderbolt 3 compatible drive features a sleek design and up to 8TB of storage capacity designed for professional-grade apps from Adobe and others. More below.

With more consumers capturing content with 4K-capable devices these days, high-performance storage has moved from a concern for professionals to the mainstream. Other World Computing has a wealth of solutions for either and its latest release continues that trend.

OWC calls its new ThunderBlade the “fastest external drive available.” According to the specs provided, it’s capable of writing data at 2,450MB/s clips with a top-end read speed of 2,800MB/s. For comparison, that’s offer 10x faster than some of G-Technology’s Thunderbolt 3 offerings. Thanks to SoftRAID, a pair of ThunderBlades can read speeds up to 3800MB/s.

Thunderblade stands out with its unique metal casing that features an LED status light on the front. Thunderbolt 3 connectivity allows users to daisy chain up to six compatible devices together, maxing out storage at a whopping 48TB.

OWC has designed its latest release to work with both Mac and PC straight out of the box. While most consumers will find the $1,199.99 price tag a bit rich for their needs, content creators should feel right at home here.

OWC has worked closely with developers to ensure that ThunderBlade works as efficiently as possible with some of the industry’s most respected software suites. Dave Helmly, Sr. Manager, Professional Video/Audio for Adobe explains further:

Whether you’re working on a 4K, 5K or 8K production or diving into huge Immersive VR environments, loading large complex projects just got easier with the new ThunderBlade from OWC.

The new OWC ThunderBlade is available for purchase today with the 1TB model retailing for $1,200. It tops out at 8TB for $5,000, with various capacities available in between. If you’re in the market for a new storage solution, but aren’t ready to shell out this type of cash we recommend looking at G-Technology’s offerings. I’m a big fan of the G-Drive line that is a nice mix of affordability and performance, making it ideal for Time Machine backups.

Woodstock, IL – April 9, 2018  OWC®, a leading zero emissions Mac and PC technology company, has announced that the pioneering ThunderBlade™ external drive is now shipping in four capacities, from 1TB to 8TB. The first-to-market ThunderBlade is the fastest external drive available, with almost unheard of transfer speeds up to 2800MB/s Read and 2450MB/s Write, making it the preeminent production solution for professionals.

Celebrating their 30th anniversary in 2018, OWC continues to build on their legacy of first-to-market innovation, proudly designing products that push the edges of possibility in order to support the M&E space. Larry O’Connor, Founder & CEO, said “We at OWC can’t thank our customers enough for allowing us to do what we love so much every day. We strive to build products that will go further and deliver a better return on our customers’ technology investments. The ThunderBlade is one more example of a solution that will allow our customers to work more effectively, a product that can literally change the way they create. Everyone at OWC is excited by the boundless opportunities the next 30 years will bring for our customers.”

Thanks to SoftRAID’s cross-platform technology, not only is the ThunderBlade the fastest Thunderbolt 3 solution available, it is the only one of its kind to seamlessly support both Mac OS and Windows, allowing for faultless interoperability between them for multi-platform workflow requirements. The ThunderBlade is currently deployed to great acclaim in production houses and studios nationwide. Dave Helmly, Sr. Manager, Professional Video/Audio for Adobe Systems Inc. had this to say about the ThunderBlade: “Whether you’re working on a 4K, 5K or 8K production or diving into huge Immersive VR environments, loading large complex projects just got easier with the new ThunderBlade from OWC.”

About OWC Having served the Apple community worldwide since 1988, OWC has become the reliable manufacturer and upgrade provider of choice for Apple and PC enthusiasts with its extensive catalog of accessories, storage, and memory upgrades for nearly every Mac made in the last decade. Recognized for award-winning customer service, OWC provides extensive U.S.-based technical support for Mac and PC users around the world and comprehensive step-by-step installation and support videos.