These days, it’s hard to look past just how big the Star Wars franchise has become. And as one of the most culturally-significant and beloved series of all-time, whenever props used in the original three films go up for auction, there’s a real cause for commotion. Last year, collectors went wild at the chance to add Luke Skywalker’s Lightsaber from Return of the Jedi to their personal collections, and now diehard fans will have another opportunity to bring home a prop from the film.

Just in time for May the Fourth festivities, Julien’s Auctions has announced that it will be putting Han Solo’s iconic DL–44 Blaster hero prop up for auction. With an expected top bid of up to $500,000, it looks like only the most dedicated Star Wars fans will be trying to get their hands on this piece of film history.

With the Star Wars franchises’ popularity at an all-time high, it’s no wonder more and more props and pieces of memorabilia from the Original Trilogy have begun going on sale. Last November when Luke’s Lightsaber went up for auction, it netted the seller an insane $250,000 payday. If you got outbid or happened to miss last year’s auction, then here’s another chance to score a one-of-a-kind collectible, that is if you’ve got the dough to spend.

During filming in the early 1980s, only four of the hero DL–44 Blasters were actually assembled, making this quite the collector’s item. The custom-made prop is based around a non–firing model version of a Mauser C96 Broomhandle, a German pistol used through the beginning of the 20th century. And while just shy of a handle of prop blasters were created, only three of the non-firing models made it into Harrison Ford’s hands on set. 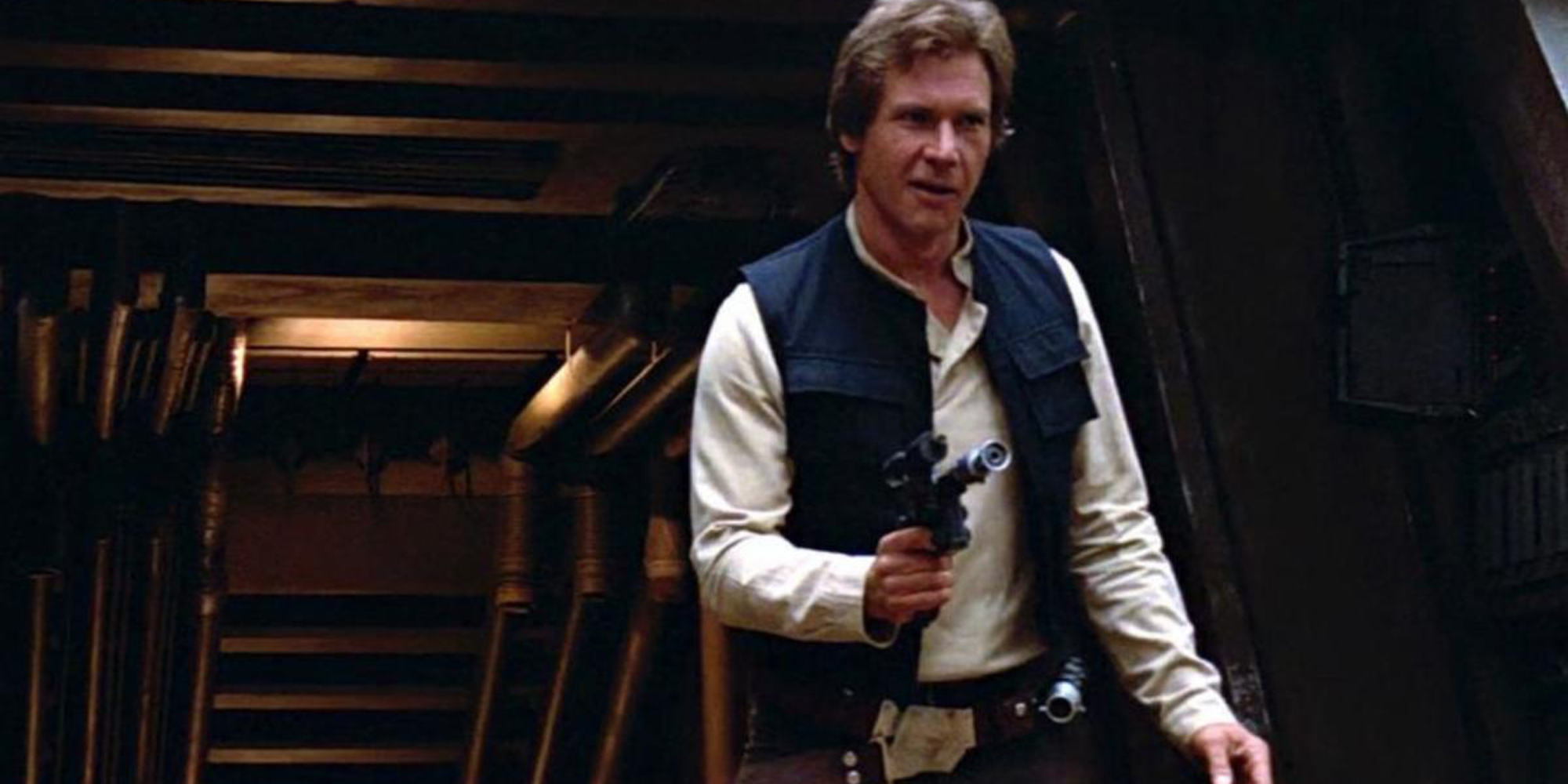 The hero prop was designed by Return of the Jedi‘s film Property Master Peter Hancock, who gifted the blaster to Art Director James L. Schoppe. It’s remained in Schoppe’s personal collection for the past 35 years. The upcoming auction will be the first time that a hero prop of Solo’s blaster from Return of the Jedi will make its way to the auction house, explaining why the collectible’s estimated selling price is so high.

The auction for Solo’s blaster prop is scheduled to begin on on Saturday, June 23rd. As of now, the auctioneers are estimating that it’ll bring in anywhere from $300,000 to $500,000. Those looking to throw their hat into the ring will be able to bid online, via telephone or in person. With a projected cost at almost twice the cost of Luke’s Return of the Jedi Lightsaber, this is one of the highest-valued collectibles from the films we’ve seen. Sure you could do a lot of other things with that kind of cash, but owning a piece of film history like this is essentially priceless.

Los Angeles, California – Julien’s Auctions, the world record–breaking auction house, has announced that Harrison Ford’s “Han Solo” hero blaster movie prop used in the original Star Wars trilogy film Episode VI: Return of the Jedi (Twentieth Century Fox, 1983) will headline their blockbuster Hollywood auction of the year, HOLLYWOOD LEGENDS taking place June 23, 2018 in Planet Hollywood Resort & Casino in Las Vegas and online on juliensauctions.com. This sale of one of the most iconic sci–fi weapons in the history of film comes upon the 35th anniversary of the release of the film that became a pop culture touchstone and will highlight the exhibition and sale of the never before seen by the public collection of “The James L. Schoppe Star Wars: Return of the Jedi Production Archive.” The blaster is estimated to sell between $300,000–$500,000 and is offered for the first time at auction.