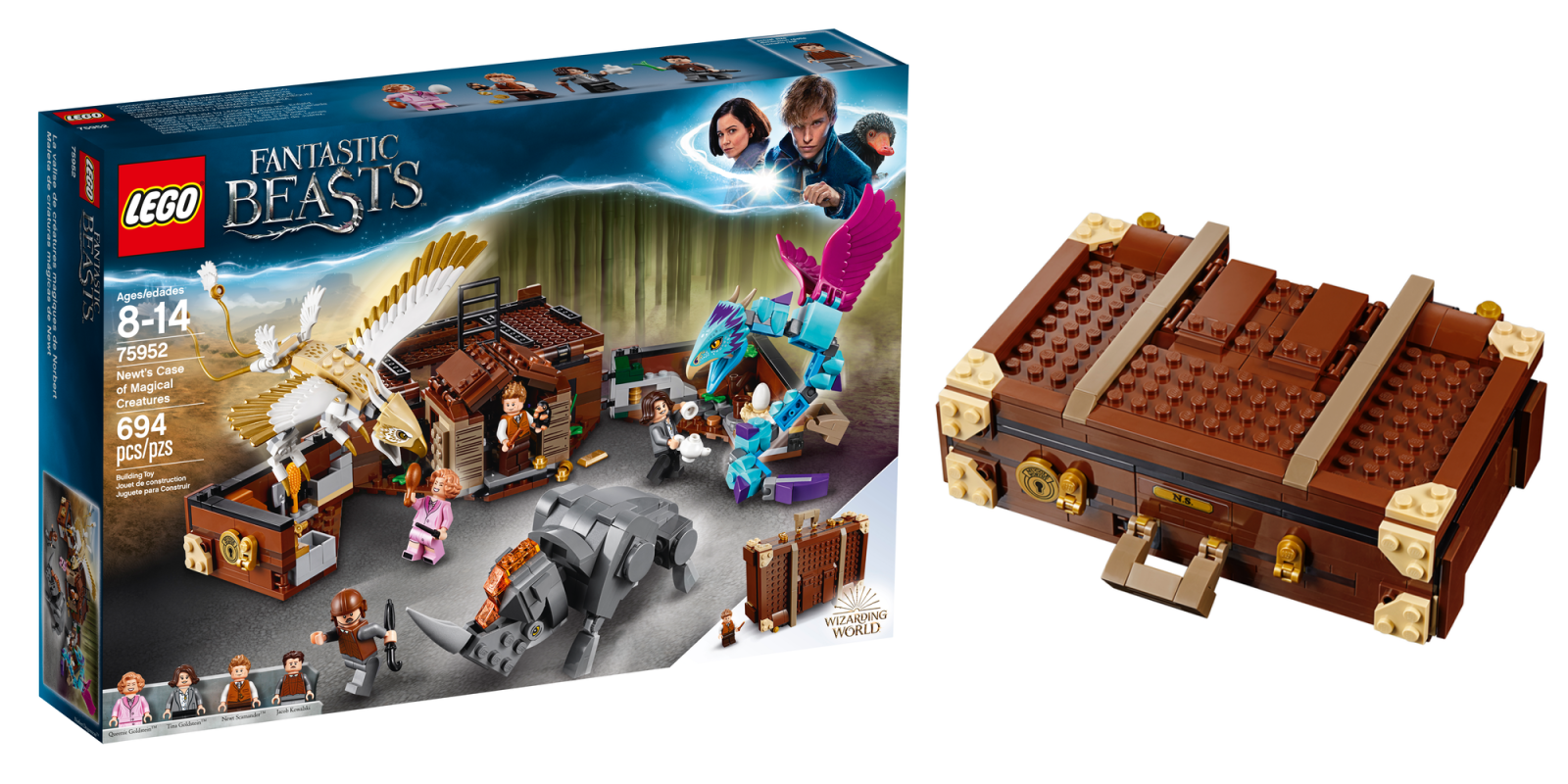 Earlier this year in the build up to New York Toy Fair, LEGO announced that after nearly a decade, it would be bringing back the fan-favorite line of Harry Potter kits. While we only got a glimpse at a single set back at the convention, today LEGO has officially announced the next two sets hailing from the wizarding world.

Since the first announcement back in February, rumors have been swirling about what the rest of the LEGO Harry Potter lineup will entail and when we can expect to see the next releases. While a series of BrickHeadz figures debuted not too long ago, the two new kits announced this afternoon will be the second and third full-blown sets in the series.

For these new builds, LEGO and Warner Bros. are opting to split their attention between the original Harry Potter films and the recently released Fantastic Beasts series, with one new set from each franchise.

First up we have the new Aragog’s Lair 75950 set which recreates the iconic scene from Philosopher’s Stone where Harry and Ron must escape the giant spider lurking in the Forbidden Forest. The 157-piece set includes minifigures for both characters alongside a posable brick-built spider. By the looks of it, both figures are exclusive to the set, making it an even better kit at just $15.

The more enticing set announced today though is Newt’s Case of Magical Creatures 75952 from the first Fantastic Beasts film. With a significantly higher 694 piece count, the set includes four minifigures, all of which are currently exclusive to the kit alongside a few different creatures. The ingenious thing about the kit is that it unfolds from a clever briefcase-design. Newt’s Case of Magical Creatures will sell for $50.

Both sets announced today will be coming to store shelves later this year in August, although an exact date is yet to be specified. It’s likely that the formerly announced BrickHeadz will be released alongside the new wave of Harry Potter kits.

Who dares enter LEGO® Harry PotterTM 75950 Aragog’s Lair? Help Harry and Ron escape the giant spider and his army of offspring in the Forbidden Forest. Use your magic wands and lantern to fendoff the colony of spiders, flying cobweb and Aragog’s fearsome fangs—then escape the creepy hollow!