Review: 1byone’s GoSho is a solid mini HD projector but lacks as a streamer 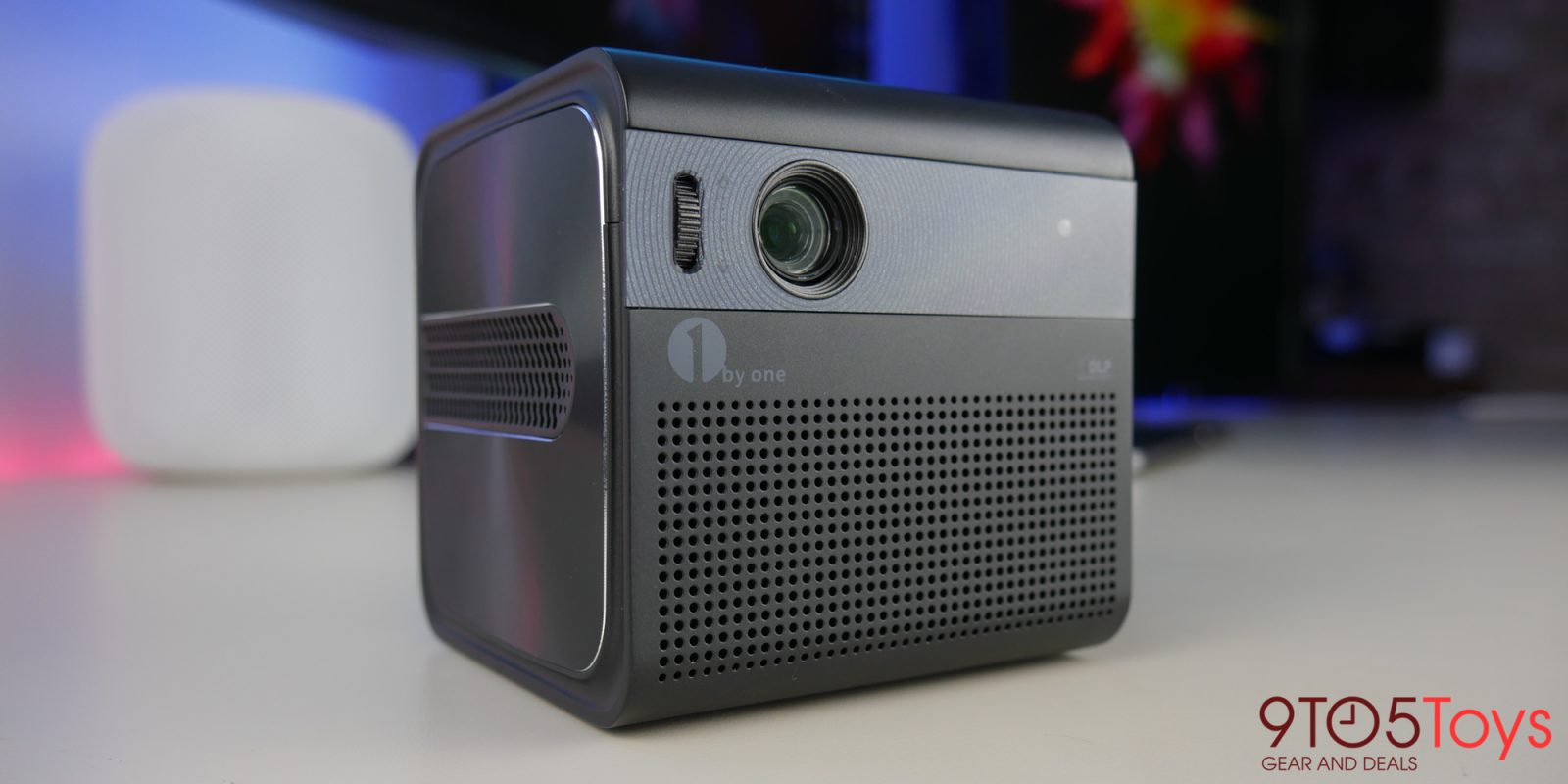 As of late, there have been a variety of miniature projectors that have made their way to market. The latest of these is from 1byone, a company that has taken to Indiegogo to raise funds to release its new GoSho Mini Projector.

GoSho takes the form-factor of a hand-held cube with metal accents. Alongside its miniature casing, it sports four-hour battery life, the ability to project up to a 200-inch screen, and built-in speakers among a variety of smart features.

Packed inside a 3.5-inch plastic cube, GoSho boasts a full HD projector. The front of its casing is primarily taken up by a speaker grill, which is right underneath GoSho’s lens. On each side you’ll find air vents alongside metal accents. On the back is where you’ll find GoSho’s array of ports which consist of the power, HDMI and USB alongside the mini projector’s power button. 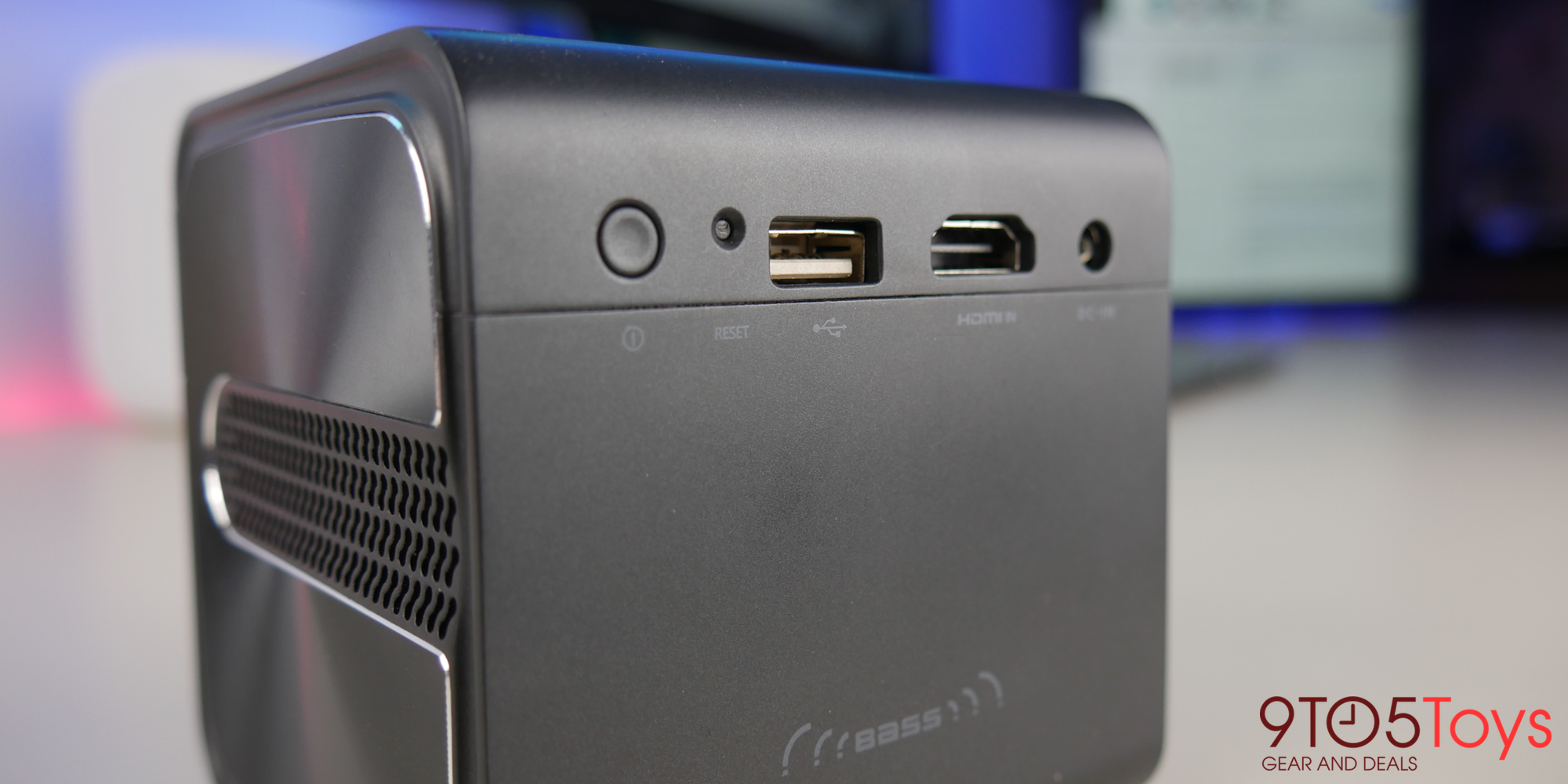 Image quality is arguably one of the few things you need to know about when purchasing a projector. And with a model that clocks in at roughly the size of a softball, it’s easy to be skeptical on how high the quality of content can really end up being. For me personally, I was a little bearish giving into the belief that GoSho would be able to output HD video as claimed by the projector’s creators. That doubt however quickly faded, as 1byone’s claims do hold to be true, at least most of the time.

For a majority of my testing, I opted to rely on my Nintendo Switch which connected over GoSho’s single HDMI input. While 1byone says that GoSho can project an image up to 200-inches across, I mainly tested it outputting content at around 60-inches, give or take. All-in-all, the picture quality clocked in with a crisp quality and remained smooth with low latency.

One thing to note though is that color accuracy was a bit off. I’m not sure if it’s that GoSho’s settings are configured to over expose the content or if it’s a result of the hardware itself. But if you’re looking for a projector with an accurate color output, GoSho isn’t for you.

In terms of movies and other content played via the HDMI input, GoSho’s quality holds up equally well, outputting a 1080p image with no problem. 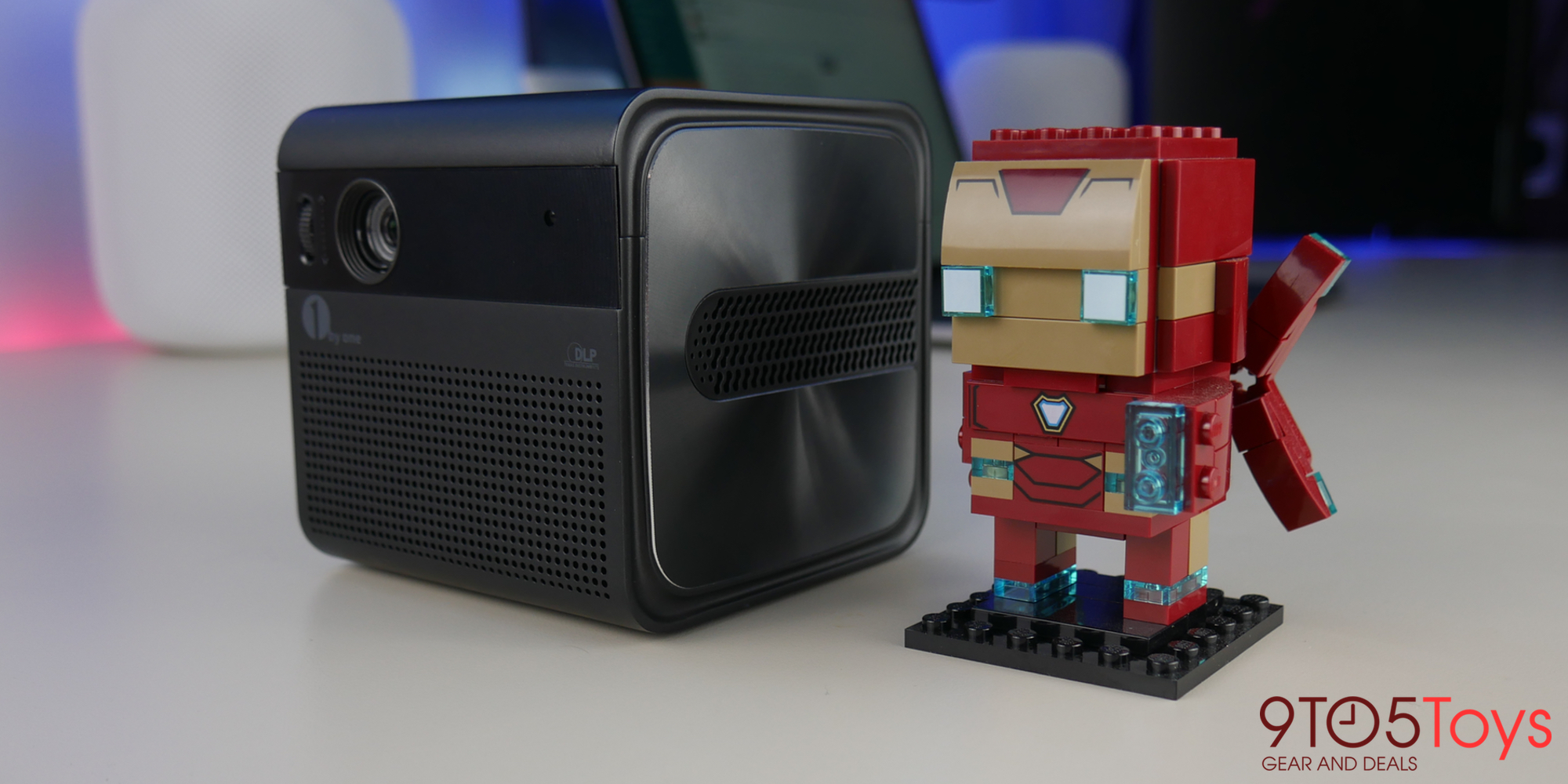 Being a projector that runs a version of Android, GoSho packs a variety of smart features as well. You’ll find the typical assortment of Netflix, Hulu, YouTube and other media streaming services. A full app store is available as well, which allows you to download programs like Microsoft Word or Powerpoint alongside other ways to put the project to use.

While content projected via the HDMI input looked great all-around, the same can’t be said for streamed content. Unless you like blurry, sub-720p content, streaming anything over the projector should be avoided. Watching YouTube videos directly from GoSho was far from a pleasant experience.

GoSho is said to sport AirPlay support built-in, but I was unable to get that working. Nowhere in the projector’s settings did I see any options for configuring it, and none of the numerous Airplay-Compatible devices could connect, nor even find it on the network. I reached out to 1byone about this but haven’t heard back yet.

For the most part, the included smart functionality may be a nice addition for some, but it falls flat in just about all of my attempts to put it to use. 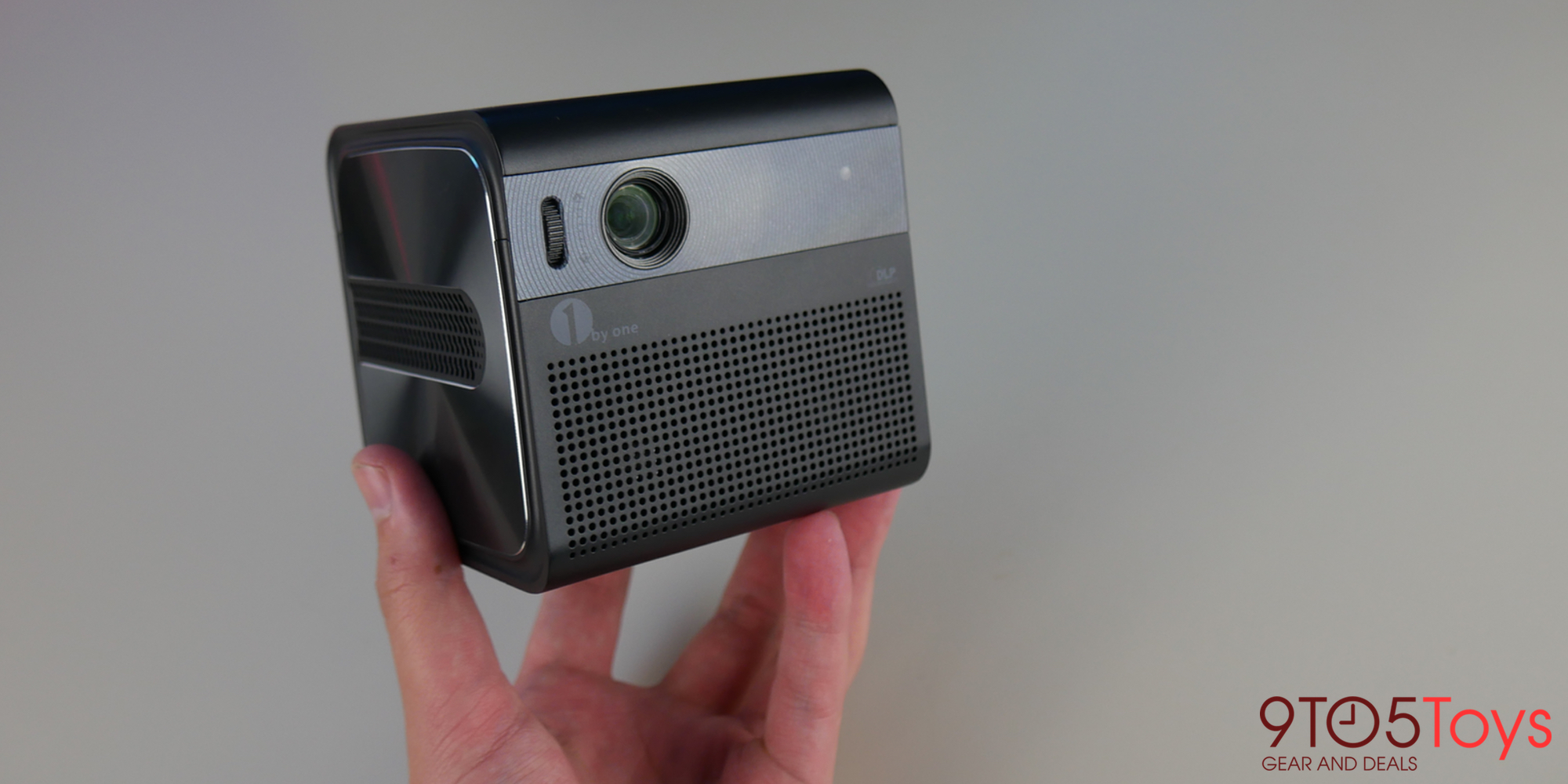 GoSho comes bundled with a fairly standard-looking remote that’s used for navigating the projector’s interface. It works well for quickly selecting an input option or app, but isn’t great for really anything else.

Battery life estimates provided by 1byone are spot on though, as getting four hours use was pretty easy over HDMI. Using any of the streaming features does, as expected, cut down on its battery life, but not too significantly.

The built-in speakers are solid as well, but only if you’re fairly close to the projector. They aren’t anything spectacular, but they do an all-around fine job. 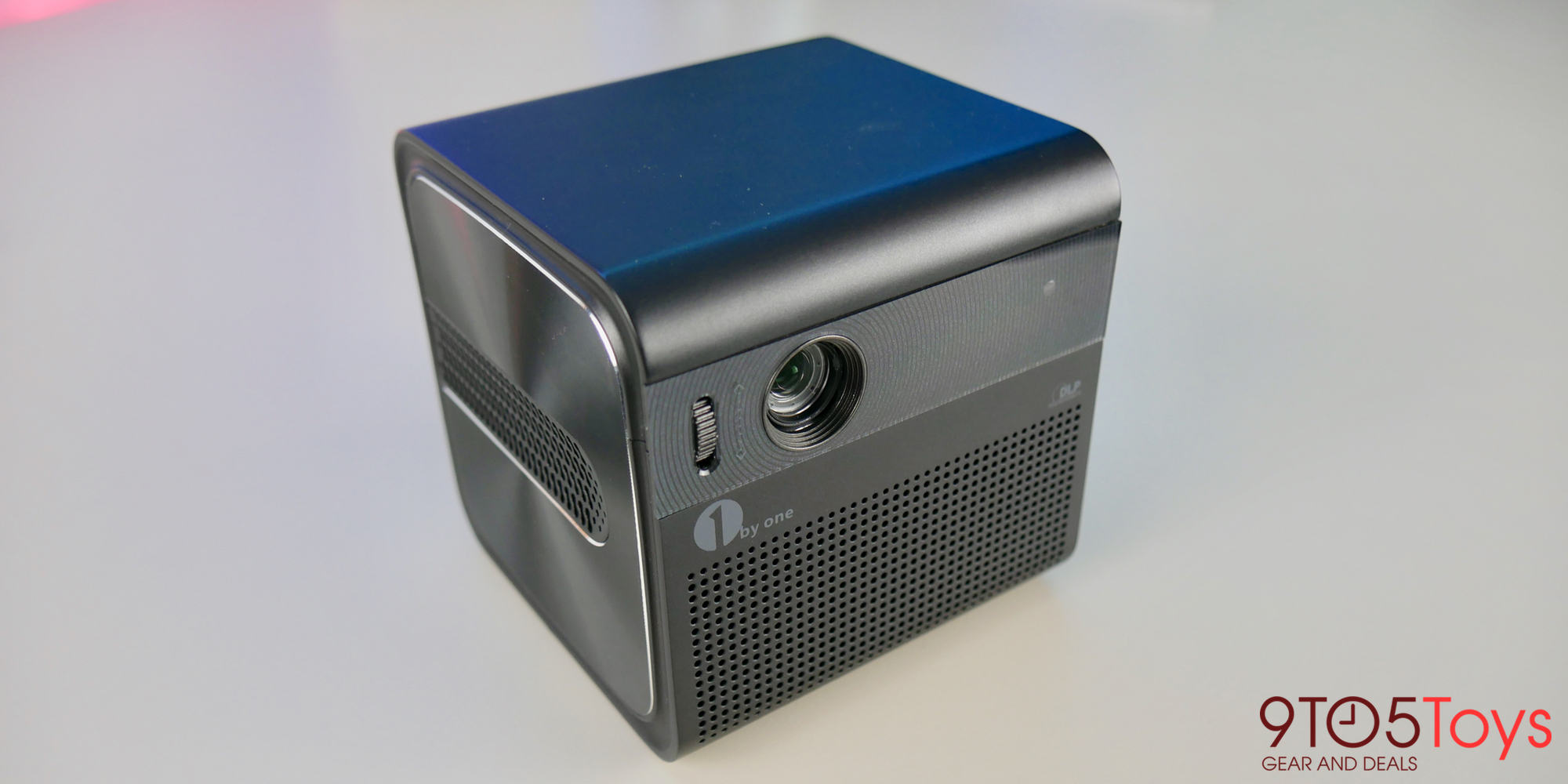 As a mini projector, GoSho is a pretty impressive device. It lives up to many of 1byone’s claims and packs some impressive technology into its miniature form-factor to achieve its HD content output. Unfortunately, its smart features leave a lot to be desired and either don’t hold up, or seem unnecessary. But when you look at the device for what it is at its core, a projector, GoSho does a darn good job considering its size.

If you’re looking for a lightweight projector to use on-the-go and plan to mainly play content from an HDMI-compatible device, GoSho should be a solution worthy of your travel gear. Otherwise, it’s hard to recommend GoSho as a smart projector due to its lack-luster performance.

As of now, GoSho is currently available for preorder on Indiegogo starting at $299 shipped. With a month remaining, the campaign has already exceeded its initial funding goal. As always with crowd-funding projects, there is risk involved, but with a well-known company like 1byone you’ll at least be betting on a project that’s likely to deliver.