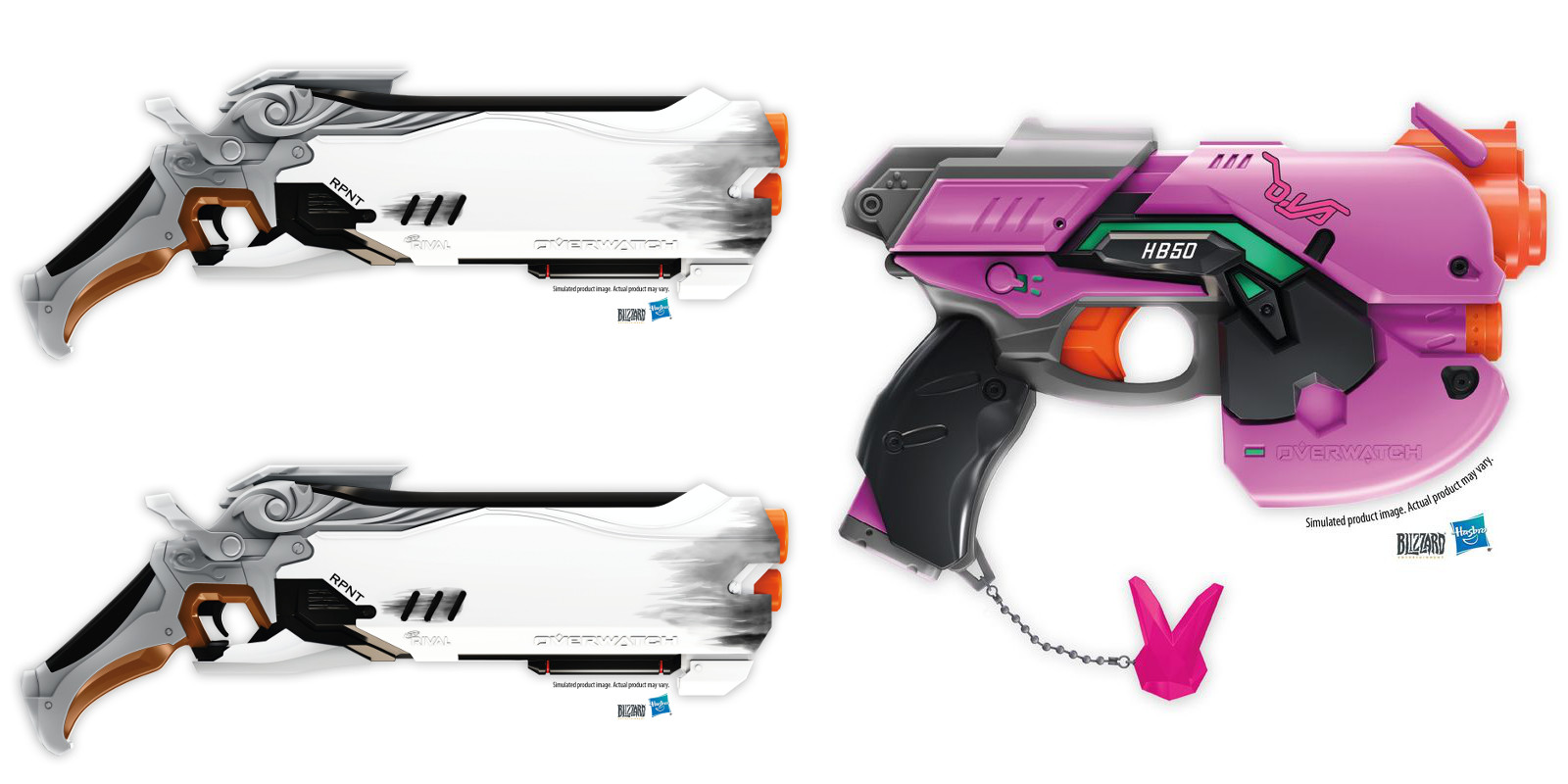 Nerf is teaming up with Blizzard Entertainment to create a line of replica blasters modeled after in-game weapons from the company’s popular team-based FPS, Overwatch. The popular hero shooter has amassed a giant and extremely dedicated fan base that are sure to appreciate the new Nerf blasters.

The first weapon in the new Blizzard x Nerf collaboration was announced at San Diego Comic-Con as attendees got a first look at Reaper’s chrome-coated Hellfire Shotgun. More specifically, the Wight Edition blaster features a spring-action firing mechanism, a ready indicator and a safety lock to mitigate friendly fire. It looks as though it will be able to blast off the eight included rounds at around 90 feet per second.

Here’s a closer look at the Hellfire Shotgun via the official Overwatch Twitter feed:

Add Reaper’s #NerfRival Hellfire Shotgun to your arsenal in 2019. pic.twitter.com/HZxYegdxqK

And now we know more about the second addition to the Overwatch Rival Nerf shooter lineup. Including some kind of recoil action feature and the ability to fire rounds at up to 80 feet per second, D.Va’s Light Gun is also entering the fray. Just like the Hellfire Shotgun, D.Va’s Nerf weapon will come with custom designed rounds with the Overwatch logo.

The new Overwatch weapons are part of Nerf’s high-end Rival line, which includes a much less kid-friendly approach to the popular foam bullet shooters. While we don’t know any specific prices just yet, the Rival lineup ranges anywhere from $30 up to about $100 or so, so you can expect them anywhere in that area. Likely on the higher side, but there’s no way to know at this point.

As for a release date, it looks like both models won’t hit until sometime in 2019, despite the fact that the timing of the announcement seems to leave enough time to hit a holiday release date. Nonetheless, it won’t be long before your Overwatch cosplay parties get a lot more epic (and potentially dangerous). They might need to issue some Nerf x Overwatch hero armor while they are at it.

Originally announced back in May, the Nerf venture is just another step in Blizzard’s attempt to take over the world with its popular hero shooter. The game took over the space and has owned the genre in gaming for sometime. You can learn more about Nerf’s hardcore Rival line of blasters right here and over on Hasbro’s site.