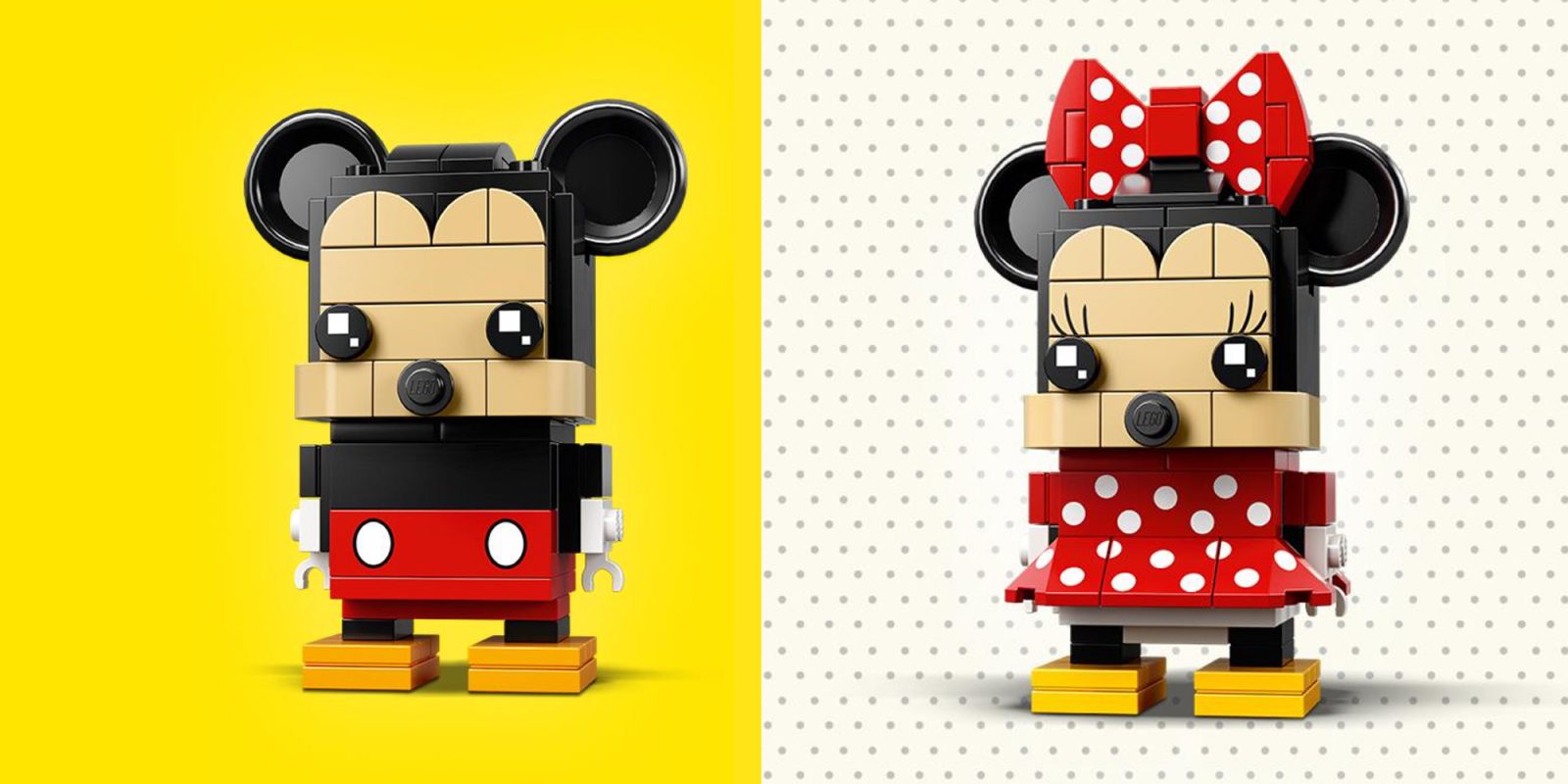 Amongst all of this year’s impressive LEGO kit debuts, we’ve seen more and more notable BrickHeadz releases. Today, LEGO continues that trend in celebration of the 90th anniversary of the beloved Mickey Mouse. Taking to Twitter to make the announcement, LEGO has debuted two new BrickHeadz, one of Mickey and one of Minnie Mouse. Head below for more.

LEGO’s relationship with Disney has only been getting stronger over the past couple of years. Culminating with the massive 4,000-piece Disney Castle kit release back in 2016, LEGO has steadily been rolling out sets better suited for a younger audience. Now LEGO is celebrating Mickey’s 90th anniversary in style with the debut of two new brick-built figures in form of the world’s most famous mice.

Each of the new Mickey and Minnie Mouse figures enter as BrickHeadz number 67 and 68 and stack up to 109 and 129 pieces respectively. Both of the figures’ designs are extremely well-executed thanks to the usual pairing of new printed elements and impressive techniques. 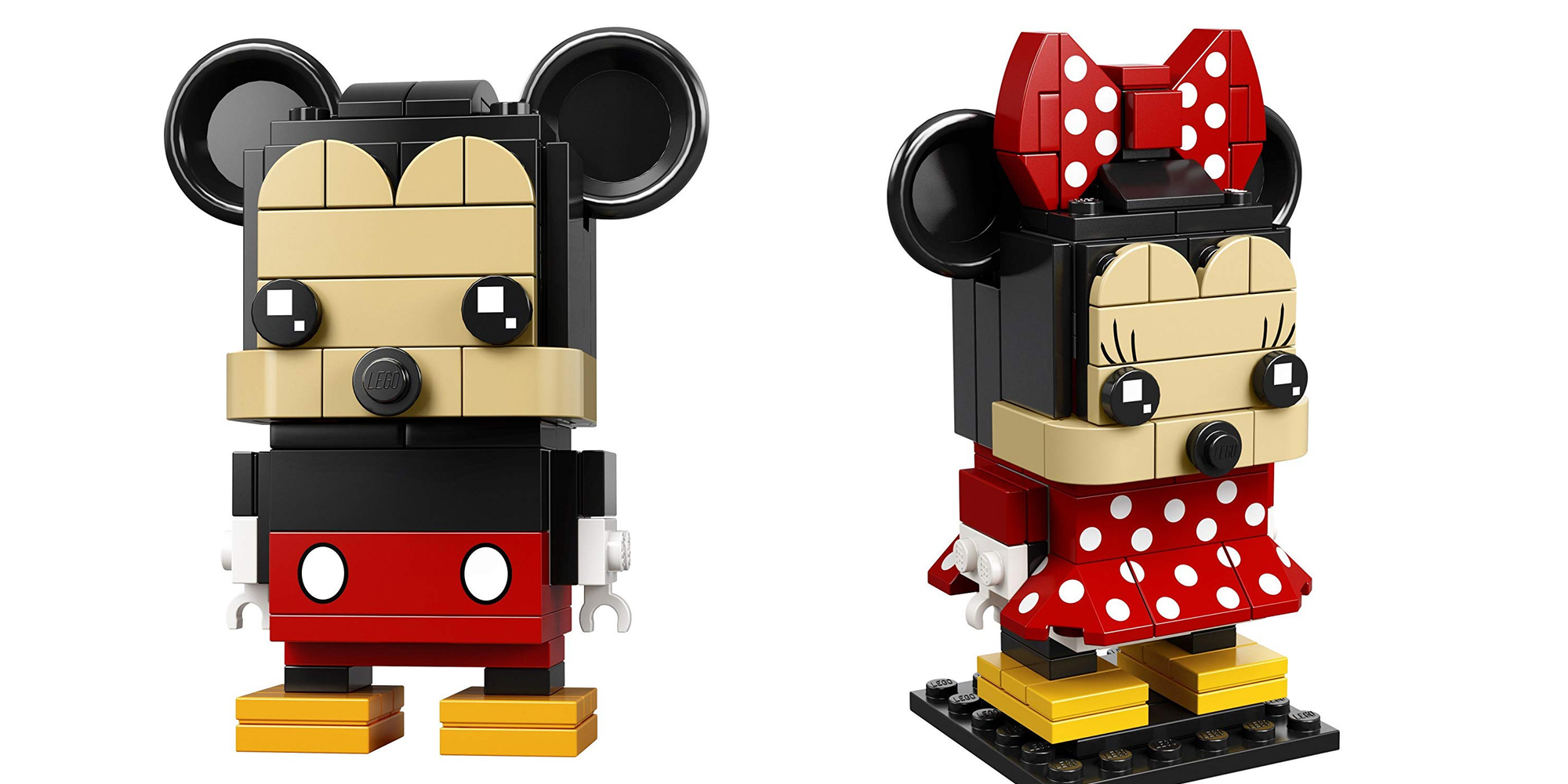 Mickey is the smaller of the two figures and only includes one new printed piece, a one by four brick with his iconic white buttons. Minnie on the other hand sports a matching polka dot dress and bow and in total packs five new printed pieces, which looks to be the most included in any of LEGO’s BrickHeadz figures to date. Both figures take advantage of clever techniques to pull off the instantly recognizable faces and even more notably, their cartoonish ears.

Given that these BrickHeadz were meant for Mickey’s 90th anniversary, it would be been more fitting for the figures to bear white faces in the traditional style rather than the more modern renditions of the mice. Even so, LEGO’s latest releases are sure to be must-haves for many collectors and Disney fans alike. 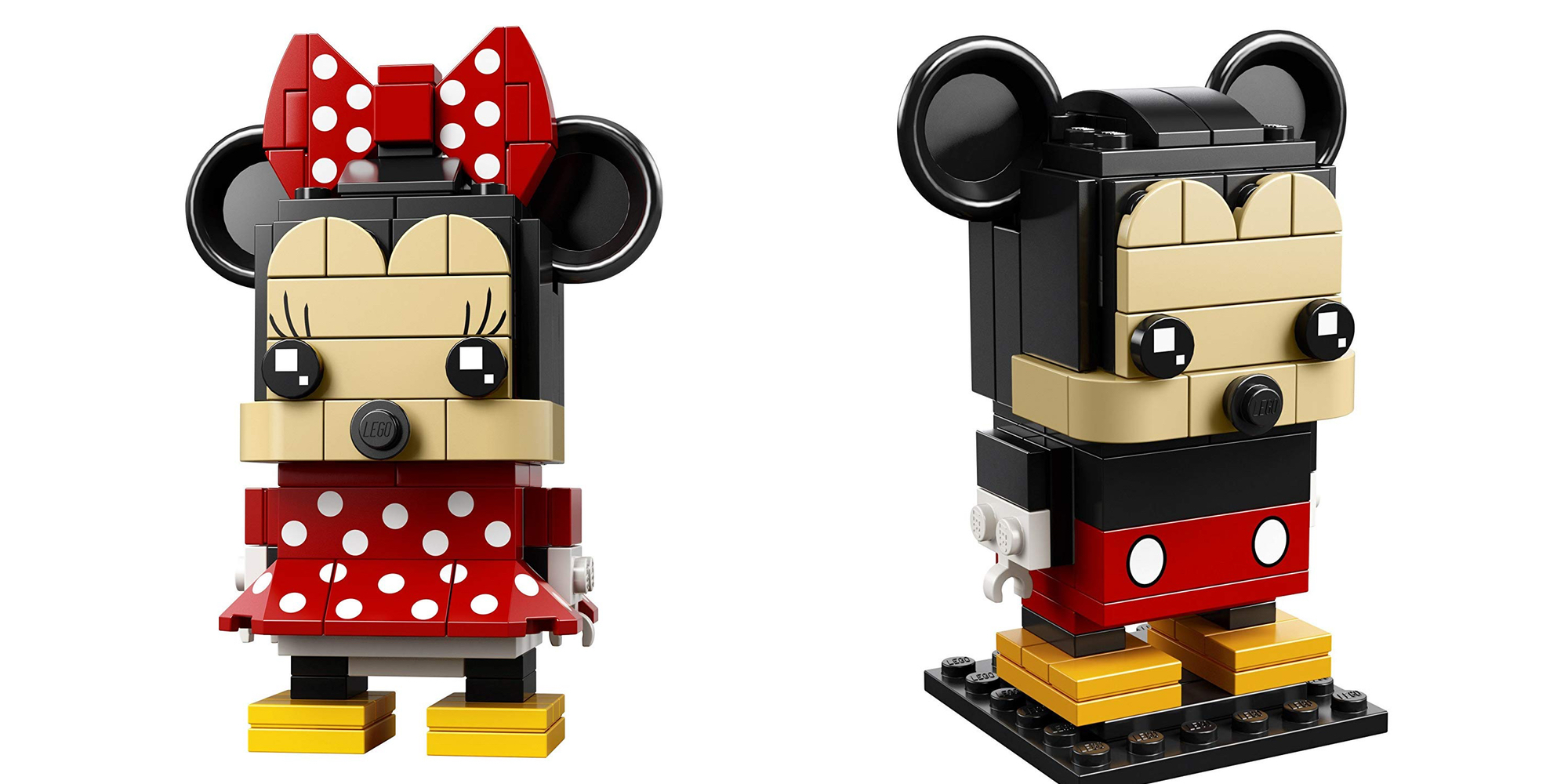 Both of the new Disney BrickHeadz are said to be coming soon and will be fetching the usual $10 price tag that just about every other figure has sold for. While still unavailable direct from LEGO, the new BrickHeadz have already popped up for sale over at both Amazon and Target.

With just about all of LEGO’s recent BrickHeadz announcements, we didn’t end up seeing the new figures in store for a few months. So with today’s new releases already being available for purchase, LEGO has finally broken the trend, one we hope continues with future LEGO kit debuts.

This LEGO® BrickHeadz™ construction character featuring Mickey Mouse is fun to build using colorful LEGO bricks that recreate all the iconic details of the loveable Disney cartoon character, including big black ears, red shorts and a tail. He also stands on a buildable collector’s baseplate with BrickHeadz logo for easy display in your home, office or anywhere you like.