After an impressive E3 showing, Microsoft said that it was planning on announcing a series of new hardware and accessories last month. Now that gamescom 2018 is in full swing, we have all the details on the new gear.

While we certainly knew there wasn’t going to be any new console mentions at gamescom, many had suggested there was a chance for a next generation Microsoft Elite controller. As exciting as that would have been, there wasn’t really any evidence pointing toward that being the case outside of the fact we were due for one. However, even without a new Elite gamepad, Microsoft did manage to unveil some interesting new hardware additions in the way of 6 new Xbox One bundles and new controller designs.

First let’s take a look at the new controller options. At last year’s gamescom, Microsoft brought its Xbox Design Lab controllers to more than 70 European countries and this year it is expanding the personalization options. The bespoke gamepad editor will now let you choose from five new camo colors as well as five new gradient-style shadow options. On top of that, a limited edition Sterling Silver Shadow option is available until September 30th.

Introducing two new ways to make it yours with Xbox Design Lab – Camo and Shadow top cases.  Start from scratch or customize an existing design online, choosing from a wide range of color and pattern options.  Further express yourself with metallic finishes, rubberized diamond grip, and laser engraving for a more personal touch. You design it. We build it. With Xbox Design Lab, the next Xbox controller is truly in your hands.

All of the new options are available now starting from $69.99 at Xbox Design Lab.

We are also getting a new PlayerUnknown’s Battlegrounds Limited Edition controller featuring a distressed black digital camo pattern and a series of interesting accents. The rusty gold D-pad and blue ring round out the overall design. It ships with exclusive cosmetic in-game content as well as “the new and exclusive trigger grip to help you stay on target in the final circle”. This one will start shipping on October 30th but will be available for pre-order soon at $69.99. 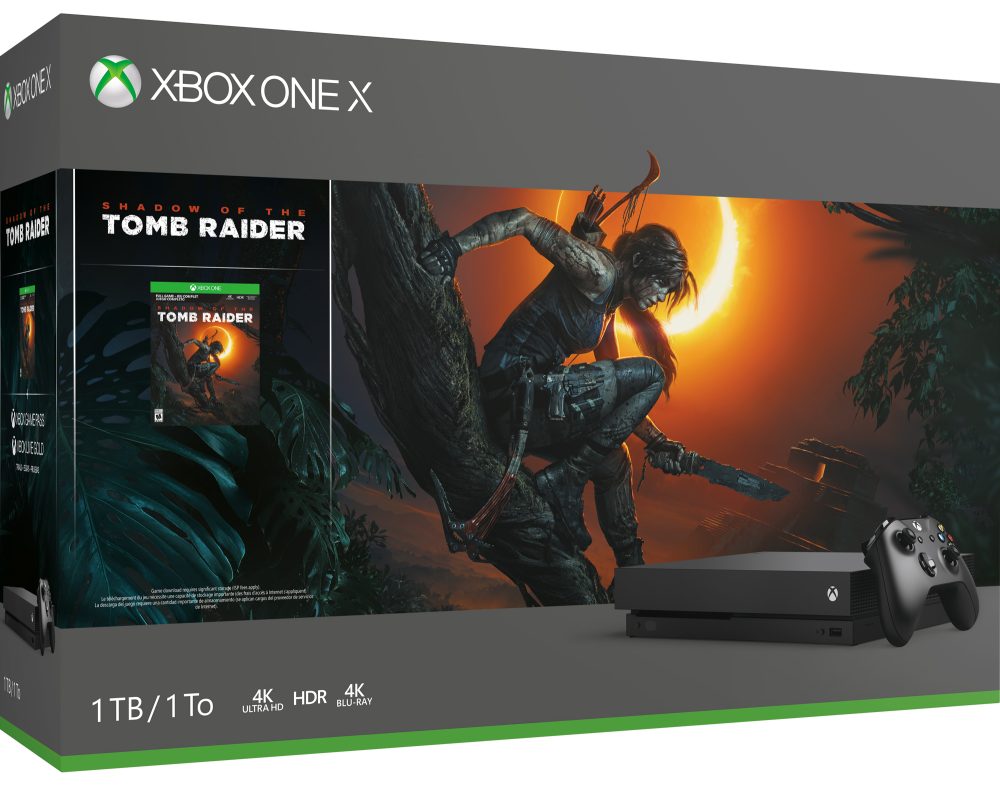 Now on to the console bundles. Shadow of the Tomb Raider, Forza Horizon 4 and Battlefield V are getting new configurations here. All three titles are getting 1TB Xbox One S at $299.99 and an Xbox One X configuration at $499.99. The Tomb Raider and Forza bundles are your standard affair with a controller, digital downloads of the games as well as 1 month of Xbox Game Pass and 14 days of Xbox Live Gold.

Battlefield V, however, is also getting a special edition Xbox One X Gold Rush bundle. This bundle features a special Xbox One X with a gradient black and gold design along with the matching controller. It also includes 1 month of EA Access, 1 month of Xbox Game Pass and 14 days of Xbox Live Gold along with full game downloads of Battlefield V Deluxe Edition and the classic Battlefield 1943. It ships on October 16th for $499.99 and pre-orders will be live shortly.