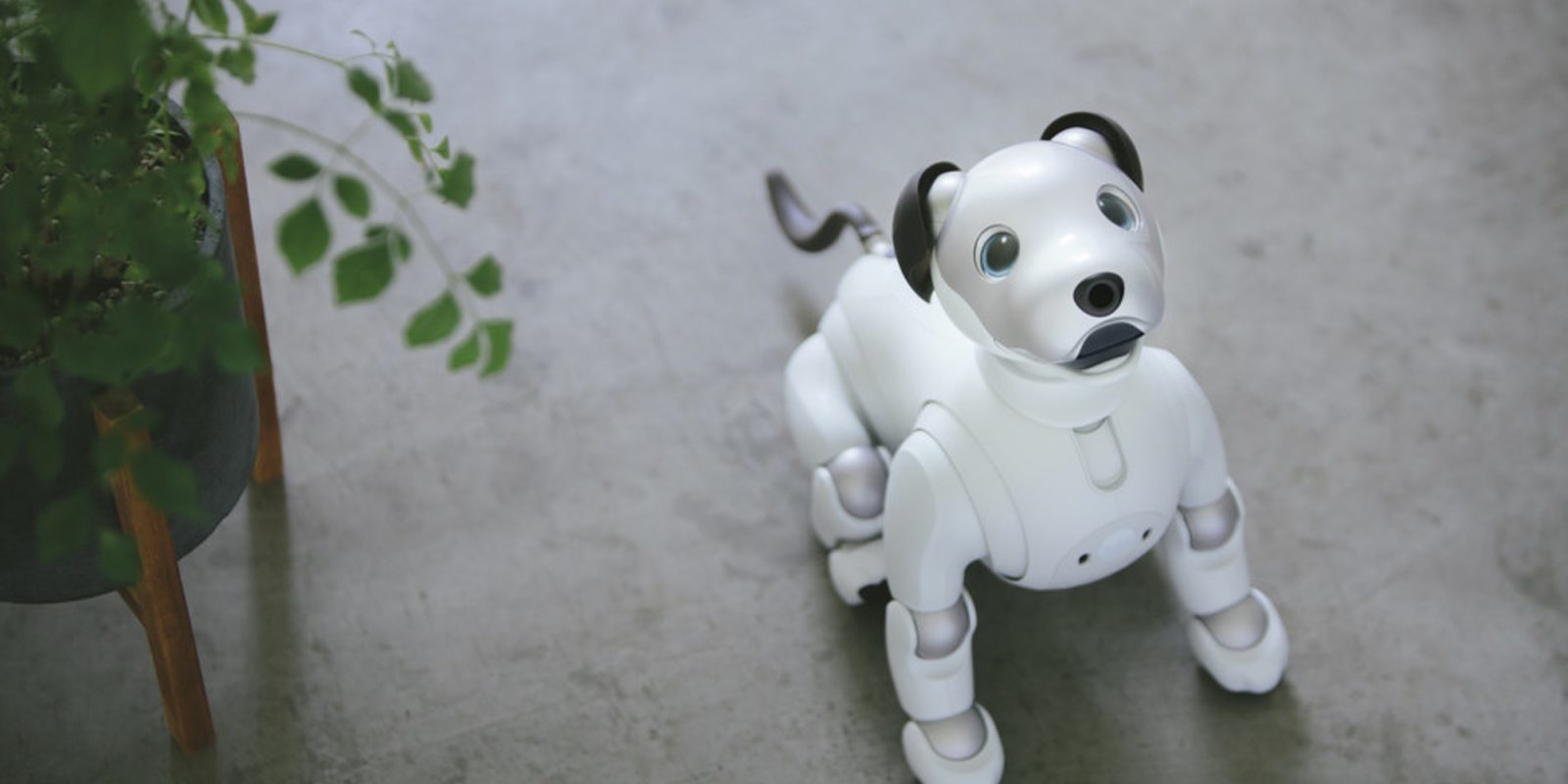 Last last year, Sony leveraged nostalgia to reintroduce the world to its line of adorable robotic dog toys, Aibo. In November it was uncertain if we’d ever get to see Aibo released here in the United States, as is the case with many foreign releases. But today, Sony announced that it would finally be putting the lovable robo pup up for adoption outside of Japan. Available in a new limited edition bundle, Aibo comes with everything you’ll need to raise the mechanical four-legged friend.

Launching way back in 1999, the newest iteration of Aibo is only Sony’s sixth generation robotic dog. And while the previous version debuted back in the mid-2000s, Sony has updated its latest to better fit in with the times, sporting a bunch of enchantments that make everything from the way it walks, to its OLED eyes more natural and lifelike.

Aside from its hardware upgrades, the newest generation Aibo has been given noteworthy improvements to the software that powers it. Based around Sony’s AI Cloud Plan, Aibo will now integrate with neural network technology so that it’s always learning. Sony says that it can recognize up to 100 difference faces and remember past interactions with each individual person. 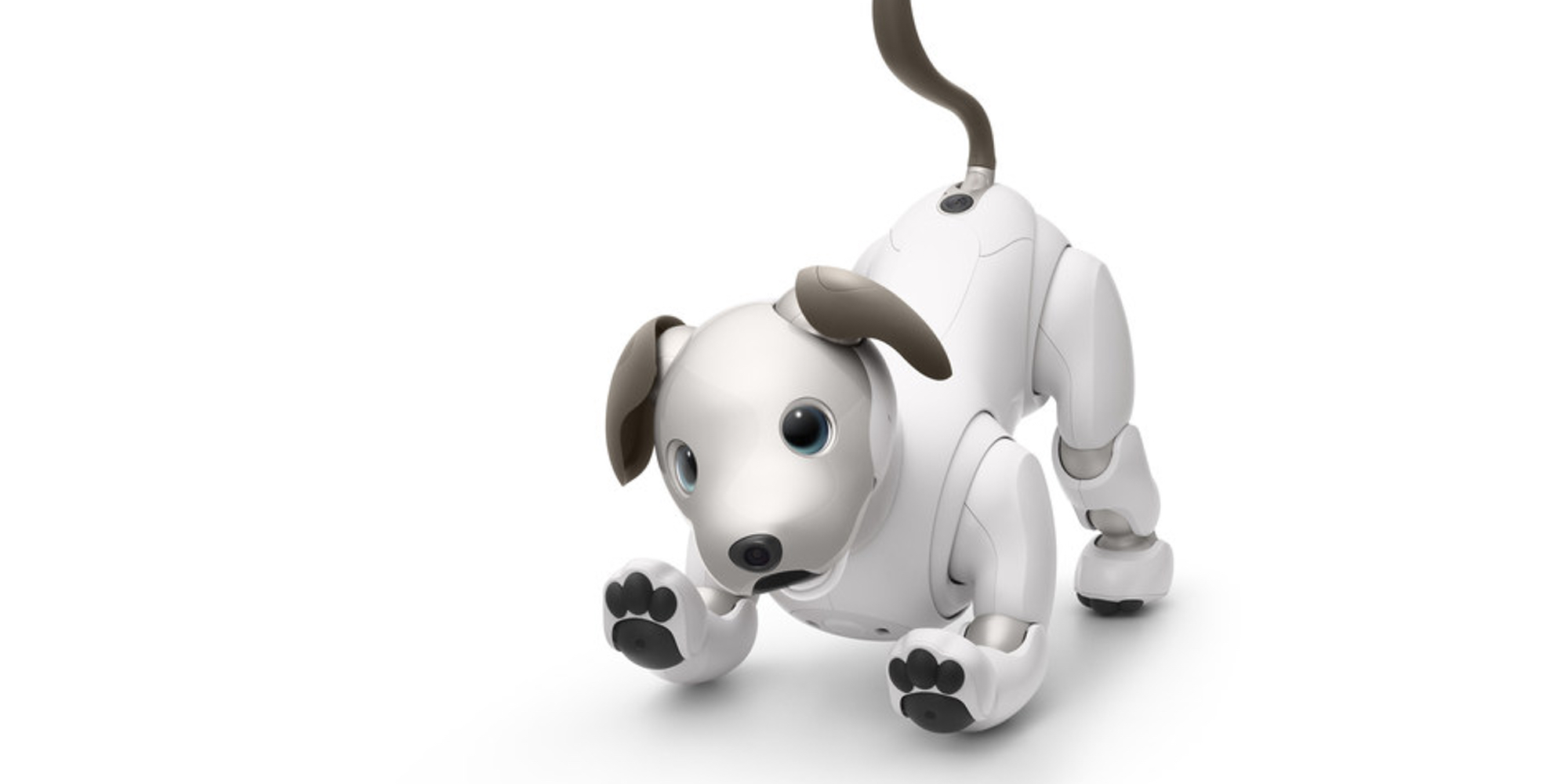 For Aibo’s western release, Sony is including the pup in what it calls the First Litter Edition bundle. So not only will you be getting your hands on the dog itself, but an assortment of Aibo toys, an individually numbered commemorative dog tag and a three-year AI Cloud Plan.

These days it seems like capitalizing on nostalgic tech has become a staple for companies. Everyone from Nokia with its redesigned 3310 phone to the more notable instance of Nintendo NES Classic Consoles has gotten in on the retro-action.

As of now there’s no word on exactly when you’ll be able to bring home the latest Aibo. Though starting on Friday, August 24th through October 14th, Sony will have its latest robotic puppy on display at a public exhibit in the company’s New York City showroom. It’s expected that Aibo will go up for sale sometime in September. 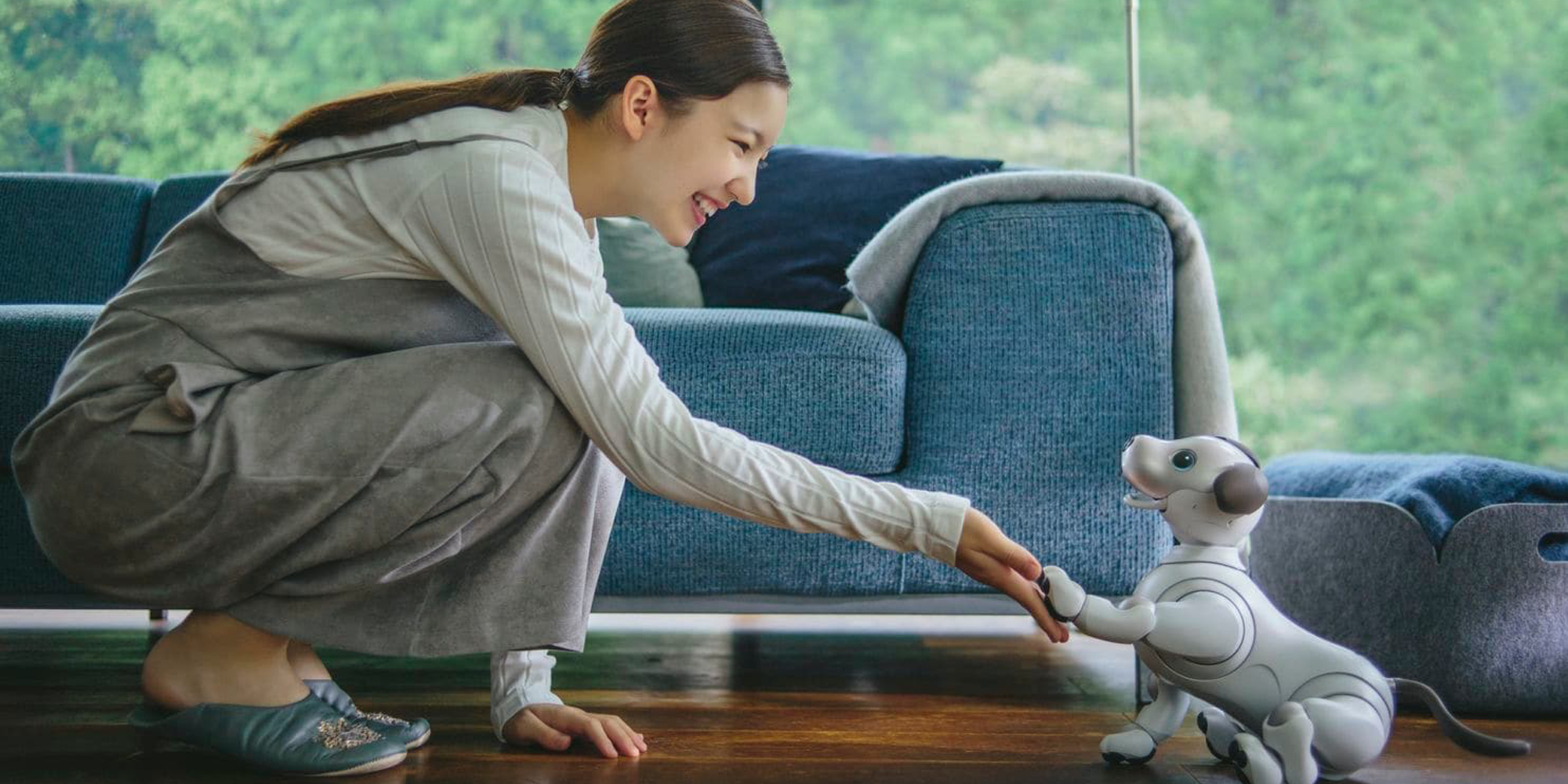 When Sony first announced that it would be bringing back the beloved Aibo, it said the robot would carry a pretty substantial $1,700 price tag. But for its release here in the states, those looking to adopt the robotic dog are going to have to shell out almost $1,200 more. That’s right, Sony’s First Litter Edition Aibo will sell for a whopping $2,899.

Sure you could score a brand new MacBook Pro for that kind of cash, but if a real dog is out of the question and you just have to have the company of a four-legged friend, Aibo may just be what you’re looking for.

First introduced in 1999, the latest design of aibo is the sixth generation of Sony’s beloved companion robot. Unlike previous versions, it pairs cutting-edge robotics with a new, cloud-connected artificial intelligence (AI) engine and advanced image sensors, giving aibo the ability to learn and recognize faces. As aibo interacts with people over time, it develops its own unique personality through everyday interactions, enabling it to remember what actions make its owner happy and form a deep bond with members of the household.

No two aibo companion robots are the same. Each owner’s approach to raising their aibo shapes its personality, behavior and knowledge, creating a unique environment for growth. In fact, aibo is able to learn new tricks through owners’ interactions, experiences with changing seasons and different events. Not content to sit and wait to be beckoned, aibo will actively seek out its owners and can recognize their faces. It can also detect words of praise and smiles, as well as react to being petted or scratched on the head.

“This is truly a one-of-a-kind product designed to connect with its owners on an emotional level,” said Mike Fasulo, president and chief operating officer of Sony Electronics North America. “aibo’s charming personality, dog-like behaviors and ability to intelligently interact with family members help to create a personal bond. Bringing aibo back to the U.S. reflects Sony’s broader commitment to provide consumers with products that not only entertain them, but also enrich their lives.”

To create such a loveable, expressive and life-like robo-puppy, Sony integrated a wide range of sensors, cameras and actuators to bring aibo to life. Ultra-compact 1- and 2-axis actuators give aibo’s body the freedom to move along a total of 22 axes. Its adaptable behavior is made possible through deep learning AI technology in the form of built-in sensors that can detect and analyze sounds and images. aibo’s whimsical body language is expressed through a combination of eye, ear, and tail movements, as well as different voice sounds. In addition, two OLED displays are utilized for aibo’s eyes and give the appearance of blinking and closing, allowing for diverse, nuanced expressions.

Like any pup, aibo enjoys playing with a variety of toys. Sony’s First Litter Edition aibo will arrive with a pink ball, an “aibone,” paw pads and charging station. Users can also take their aibo experience to the next level with the “My aibo1 2” app.  In addition to accessing system settings and owner information, the app’s handy user interface allows owners to check out and share their aibo’s pictures, as well as add “tricks” to its repertoire. The app is packed with fun-filled features—even for people who don’t have an aibo of their own.

The three-year AI Cloud Plan2 included in the First Litter Edition bundle enables aibo to upload its day-to-day life experiences to Sony’s leading-edge AI engine. This database of memories is accessed to form each aibo’s unique personality, which grows and evolves over time. The aibo AI Cloud Plan also enables users to enjoy the full range of aibo features via Wi-Fi connection at home or a mobile connection on the go.

Sony’s latest generation aibo is one of the products of the Company’s broader commitment to technology innovation, particularly in the areas of AI, robotics and image sensing. This commitment has enabled Sony to achieve other innovations in these areas, such as its Neural Network Console, an integrated software development environment for creating deep learning programs for artificial intelligence; Sony’s recent agreement with Carnegie Mellon University to collaborate on artificial intelligence and robotics research; and the introduction of a compact CMOS image sensor with resolution rivaling SLR cameras.

By looking for new ways to bring joy to people’s lives through technology innovation, such as with aibo, Sony is staying true to its philosophy of Kando – creating an emotional connection with Sony’s customers. Similarly, the company has designed aibo’s packaging from 50 percent post-consumer recycled plastic as a reflection of its commitment to environmental sustainability.

aibo First Litter Edition with accessory bundle and three-year AI Cloud Plan will be available for purchase in September 2018 at a suggested retail price of $2,899, with delivery in time for the holidays. Additional details will be announced in the coming weeks. To get the latest aibo updates via email and find additional information on fun aibo features and accessories, visit www.sony.com/aibo

aibo will be exhibited at Sony Square NYC from August 24th to October 14th. The exhibit is open to the public and is the only place to experience aibo before it goes on sale.