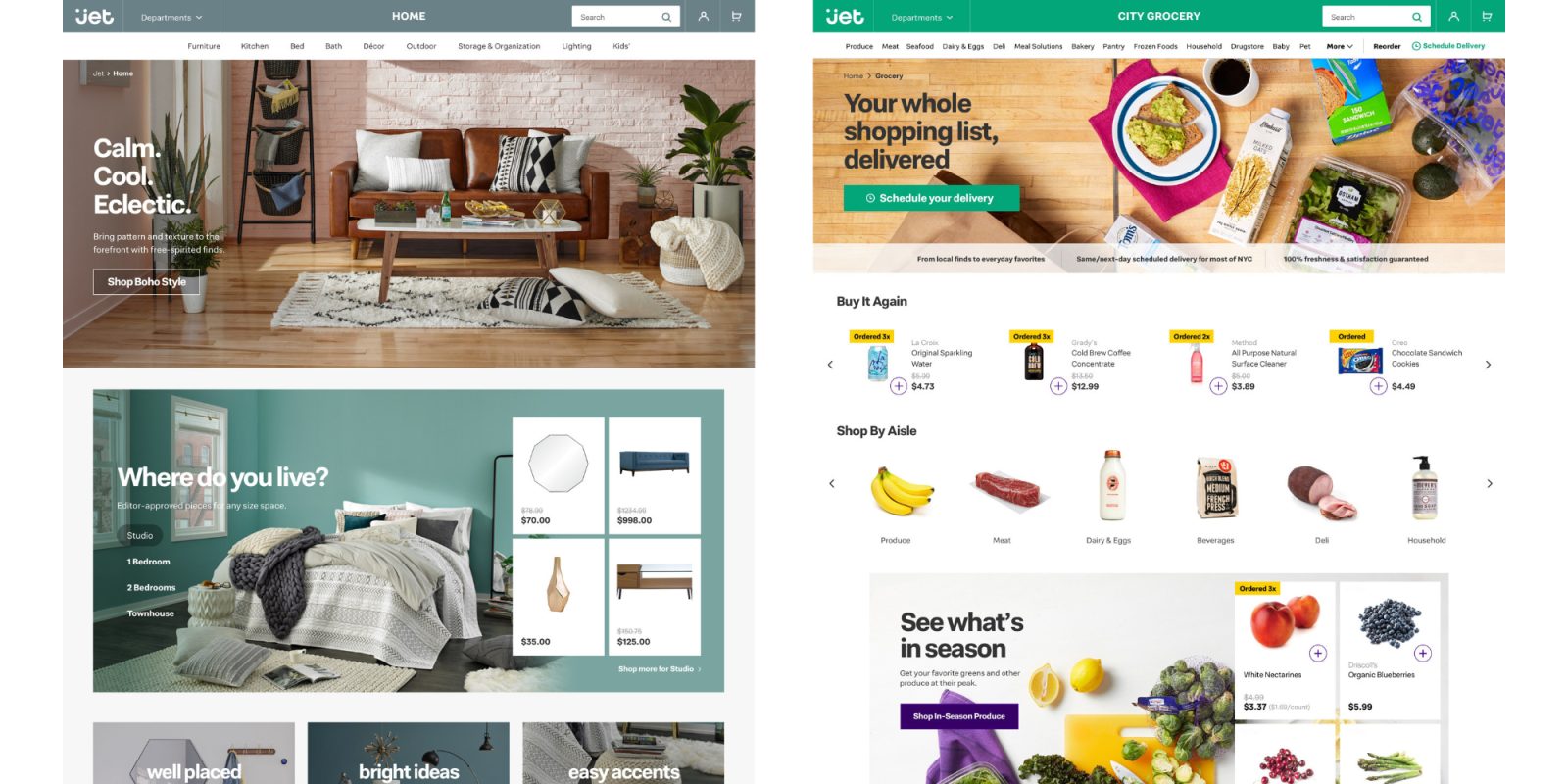 Ever since Amazon launched its Prime service back in 2005, it has been wreaking havoc on brick-and-mortar stores. With the ability to quickly find items, check reviews, and have most products delivered in two days or less, it is really not much of a surprise that Prime has surpassed 100 million subscribers. While many stores have tried to compete by launching better websites and offering free shipping on orders that exceed a certain threshold, Amazon is still king when it comes to online shopping. With Walmart’s acquisition of Jet.com back in 2016 and its major site refresh today, the company has shown that it is far from conceding to the online shopping giant.

With Jet referring to its update today as a ‘relaunch’, it is clear that this is meant to be a complete makeover of the prior website. The new site sets out to provide a tailored experience with not only the popular brands that you are used to seeing, but also products from companies that are close to where a shopper resides.

Jet’s update is focused significantly on ‘major metro cities’ with all of its initial attention going to New York City followed by plans to ‘roll-out to other major cities in time’. Most New Yorker’s who use Jet will be able to schedule 3-hour, same day, and next day delivery windows, allowing the retailer to compete head-to-head with Amazon. 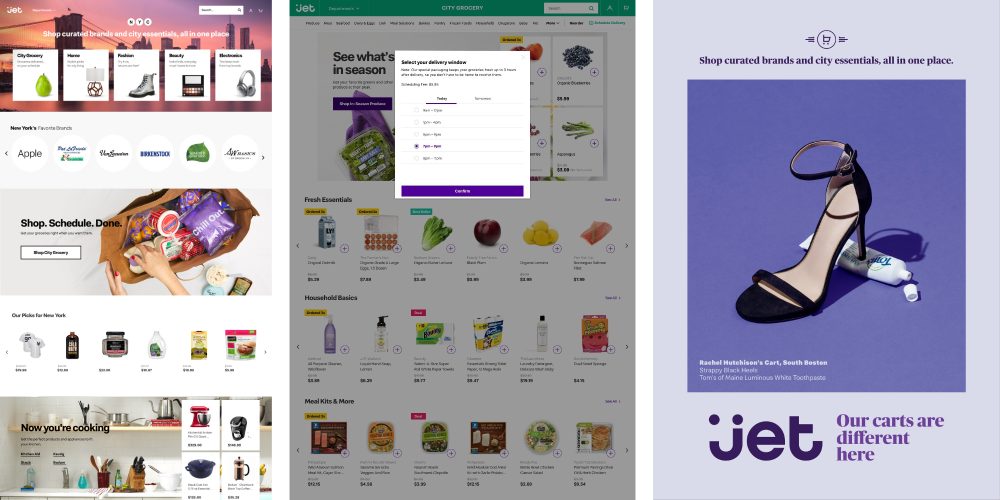 “I’m personally thrilled with this evolution of Jet. It’s the next generation of shopping for city dwellers, and really brings the personality of their city and local favorites to life,” said Marc Lore, Jet founder, and president and CEO of Walmart eCommerce US. “And, focusing Jet on customers in the major metro cities perfectly complements our overall eCommerce portfolio strategy.”

By rolling out in one city at a time, Jet hopes to ‘rehumanize eCommerce’ by delivering more options that are more likely to appeal to the consumers who reside there. Jet states that users can expect this personalization to be apparent across categories such as Grocery, Home, Fashion, Beauty and Electronics.

The company will bring an additional level of curation through unique partnerships with brands such as Nike. By partnering with Nike, Jet will be able to offer hundreds of items from Nike and Converse for men, women and children that will include apparel, footwear, and more.