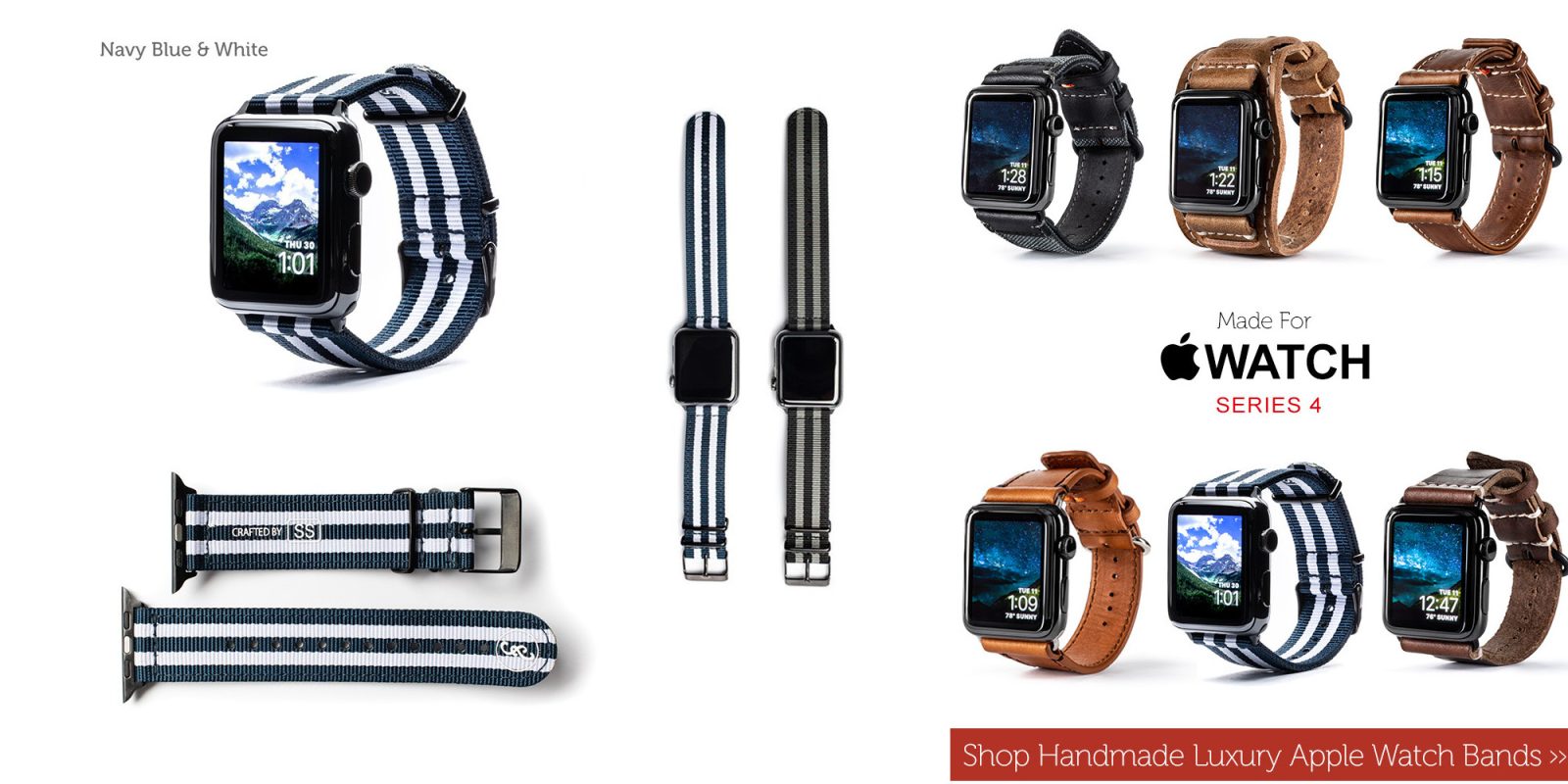 Pad & Quill graced us with its new lineup of iPhone cases for Apple’s new handsets last week. This week, however, we are taking a closer look at its Apple Watch bands. More specifically the new Nato Apple Watch Sport Band.

One thing to keep in mind before you move on to the new Nato watch band, is that all of the Series 3 bands out there, including Pad & Quill’s, are compatible with the new Apple Watch.

The company’s already available leather and nylon options easily made our roundup for the best Apple Watch Series 4 Bands out there. You’ll find its options alongside watch bands from Nomad, Clockwork Synergy and many more starting from $5 right here.

But today, it’s all about the new Nato watch bands from Pad & Quill. Forgoing its usual leather designs, the company is opting for ballistic nylon with a nice stripe pattern. Inspired by WW2-era Airmen in flak jackets, you can opt for a blue or black striped ultra-durable ballistic 1000 denier nylon strap along with your choice of color on the metal lugs and buckles. 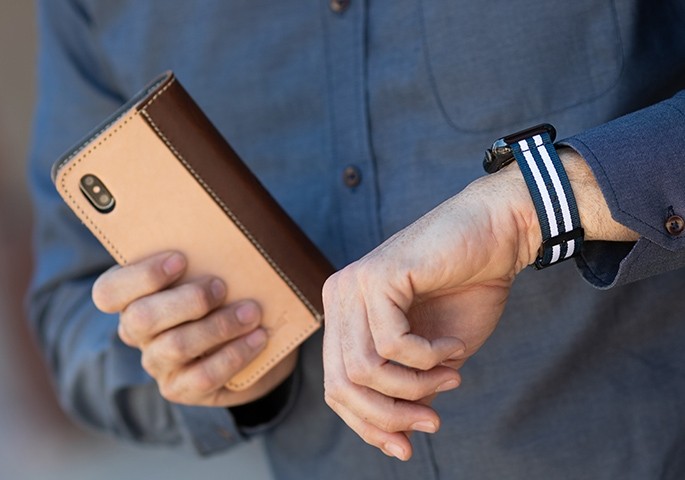 The striped design is pulled from the iconic Omega Seamaster 300 “Spectre” Limited Edition watch featured on Mr. Bond’s wrist in the film Spectre. Just don’t expect it to be able to control your BMW and shoot taser missiles at your enemies.

Some other standout features for the new Nato Apple Watch Bands include that usual 30-day money back guarantee and a discreet signature on the inside from the artisan that hand-made your band. It is also water and workout-proof according to Pad & Quill, which might mean the metal will hold up in wet conditions and the like.

Available now in Navy Blue or Slate Grey at $49.95, P&Q says it will ship the new watch band “on or before Thursday, September 20th”. These new Nato bands are for the 44mm Apple Watch Series 4 but will also fit Series 0 through 3 42mm devices as well.

While you will find all of the Pad & Quill options right here, the new Nato watch band is now the most inexpensive in the arsenal with the leather products starting at around $100. As per usual, 9to5Toys readers don’t pay full price for pretty much anything, new or otherwise, so use code PQ16 to knock 10% off your order sitewide.

And remember, you can now pre-order Apple Watch Series 4 at B&H and skip taxes at the time of purchase. Head below for pre-order details on the new iPhones.