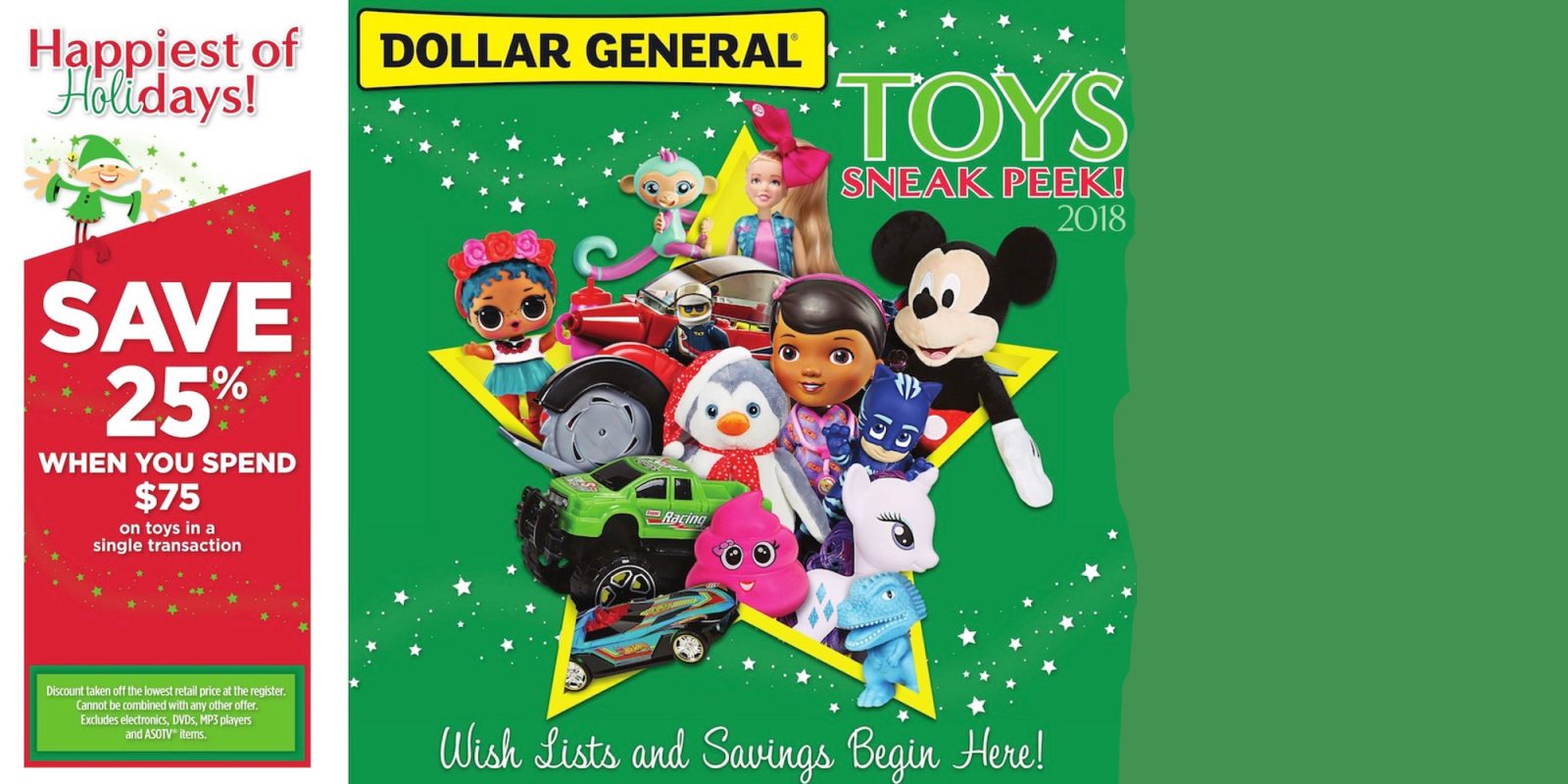 Toys are always some of the hottest items during the holiday season and ahead of Black Friday we’re getting a look at the Dollar General Toy Book for 2018. With everything from discounted LEGO, Mattel and more, there are a few surprising deals that will draw shoppers in. Head below for more.

Black Friday details have slowly started rolling out and on the toy front, we’ve already seen LEGO’s 2018 catalog and Amazon announced its holiday toys guide. Target has also announced that it would be transforming its stores’ toy departments ahead of the holiday shopping season. Now we’re getting our first look at what Dollar General will be offering.

The most noteworthy offer here is that you’ll save 25% on all toy orders over $75. There aren’t any listed exclusions, meaning everything, including LEGO, is fair game. And speaking of LEGO, there are a fair amount discounts on Classic, Marvel, Creator and other kits. You’ll also find an assortment of other toys like Hot Wheels, Barbie and more.

Dollar General may not be first on your list of retailers to stop by, but the main 25% off promotion is definitely one of the more eye catching promotions we’ve seen so far. Be sure to stay locked to 9to5Toys throughout the rest of the holiday shopping season for the best deals, news, ad leaks and more.