Taco Bell is giving away limited edition Xbox One X consoles again, here’s how to win 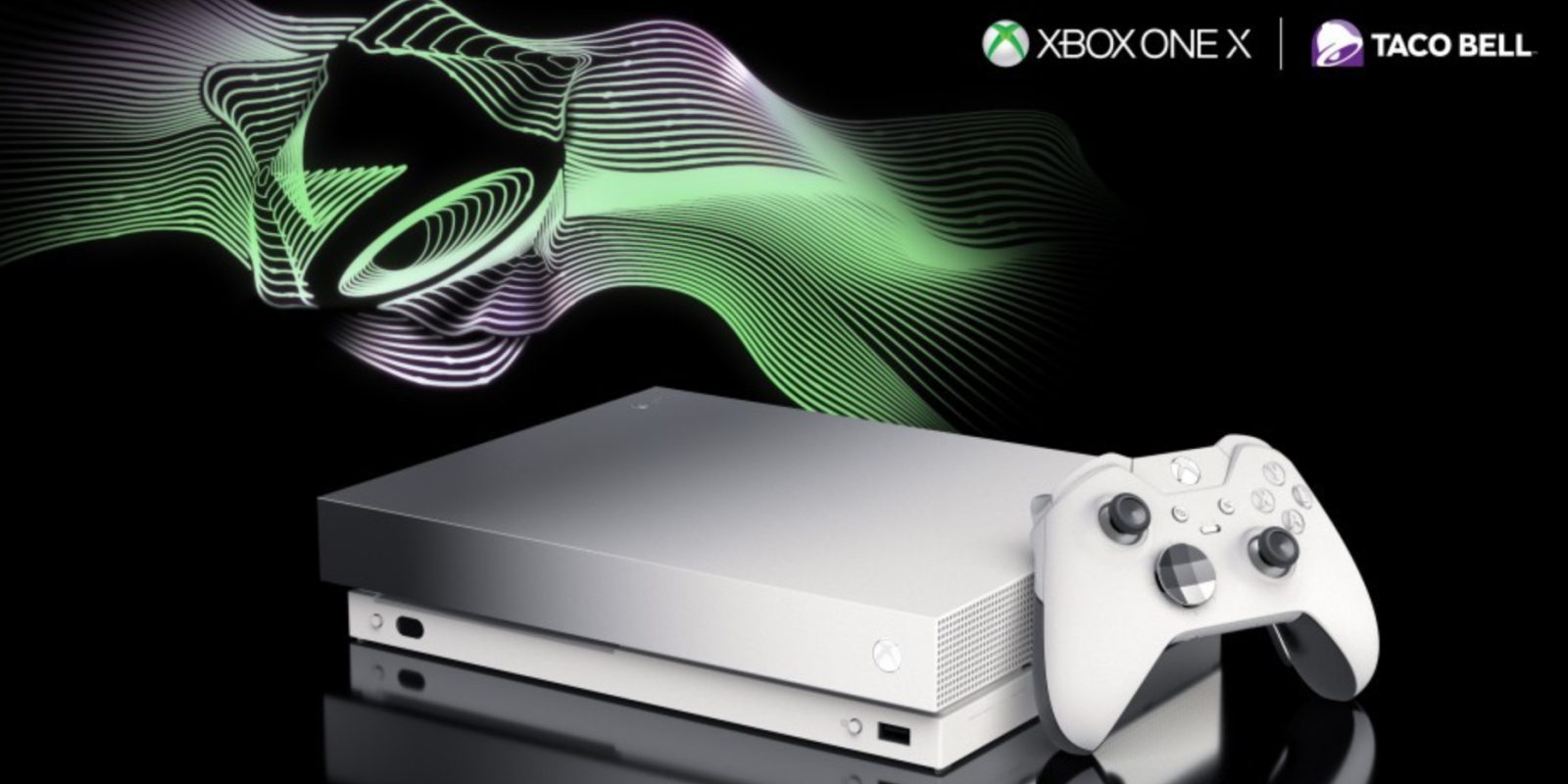 Microsoft and Taco Bell have announced they will be partnering up once against to give away limited edition Xbox One X consoles through October and November. The platinum-color console comes a with few modifications, most notably the iconic Taco Bell ring plays when you turn it on. A special edition white case, Xbox One Elite controller and three months of Game Pass and Gold round out the list of notable features. Want to win? Simply buy a $5 Double Chalupa Box between now and November 21st. Taco Bell says that it will be giving away a limited edition Xbox One X every 10 minutes during this promotion. More details here and don’t miss all of today’s best deals in our daily games roundup.

When combined, few things are better than tacos and Xbox. Calling all Taco Bell fans – here’s one you won’t want to miss. That’s right, in the United States, Taco Bell is partnering with Xbox again to give fans the chance to win limited-edition Xbox One X consoles each time they buy a $5 Double Chalupa Box starting October 18 through November 21, 2018.

Think it’s too good to be true? It gets better! An Xbox One X will be rewarded every 10 minutes throughout the promotion and it will be delivered to fans 72 hours after being declared a winner. Did we already mention it has Taco Bell’s iconic ring when powered on?

Games play best on Xbox One, and it’s the only console system that plays the best games of the past, present, and future with more than 3,000 games available today with over 220 exclusives and over 400 Xbox classics. If you’re on Xbox One S or Xbox One X, you can also enjoy the ultimate 4K entertainment experience with a built-in 4K UHD Blu-ray player, premium audio with Dolby Atmos support and the fastest, most reliable gaming network with Xbox Live.

Stay tuned to Xbox Wire for the latest gaming news and promotions for your favorite console.