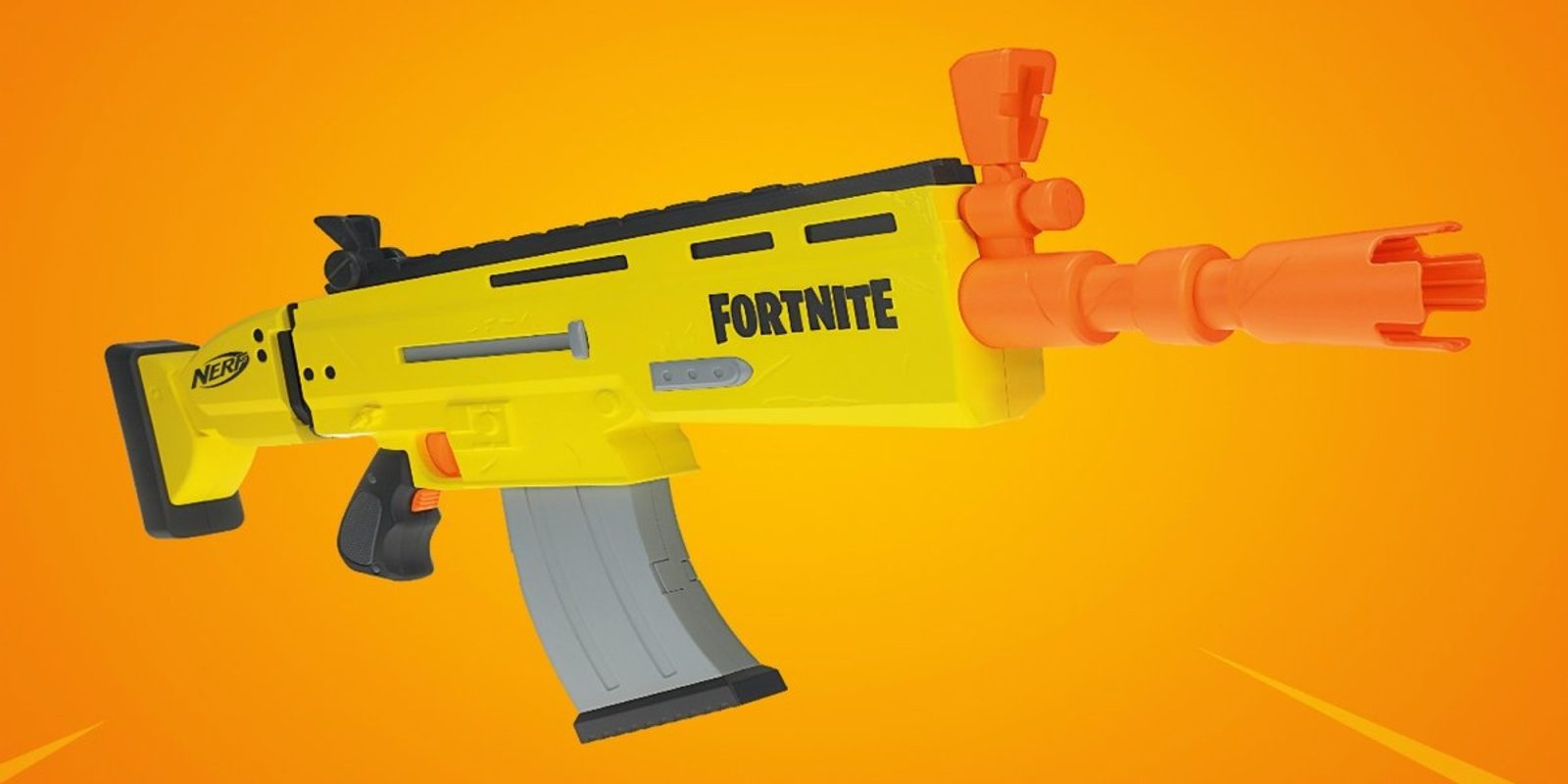 Back in September we reported that Hasbro would be teaming up with Epic Games to recreate iconic weapons from Fortnite as Nerf blasters. Now we’re getting a first look at this upcoming line of foam-shooting weapons. Hasbro has unveiled the new Nerf Fortnite SCAR Blaster. Head below for more info on how it will help you win the next Nerf Battle Royale.

When we previously got word of the Fortnite and Nerf partnership, details were pretty slim. We knew that the first products would be released sometime in 2019, but there wasn’t much else released at the time. Now Hasbro has showcased the upcoming Nerf Fortnite AR-L Blaster.

Modeled after the in-game legendary SCAR rifle, the Nerf AR-L Blaster features rapid-fire motorized dart shooting. That’s a pretty standard addition to many of Nerf’s higher-end rifles these days. The inclusion here makes it as close to the in-game version as possible. One big difference from the virtual version is that Nerf’s replica comes with a ten-dart clip rather than the full 30. It will require four AA batteries, and also includes 20 Elite darts. 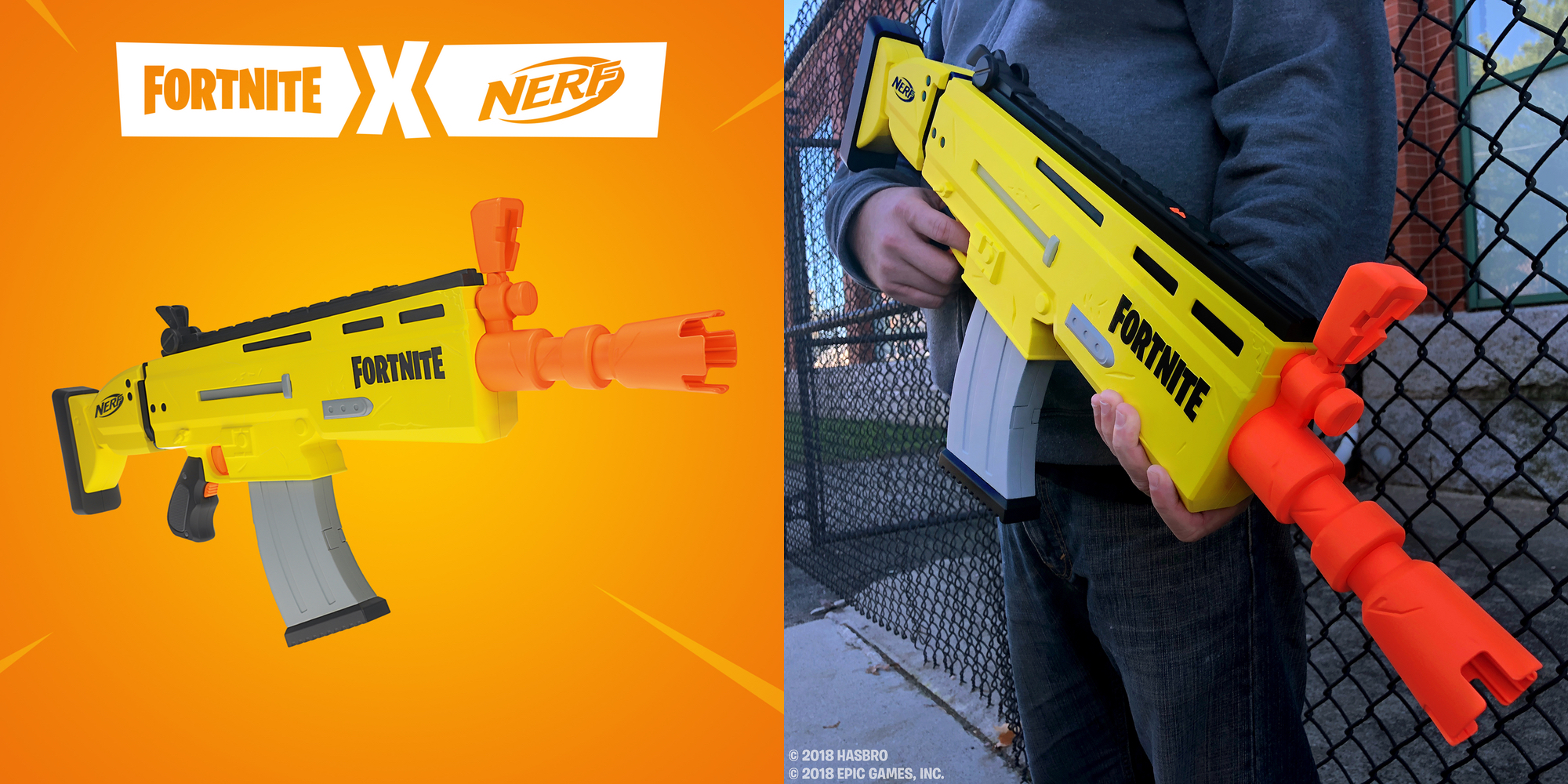 The gun itself looks pretty stellar and is about as accurate as you can get while still incorporating all of the necessary mechanics. I’m a big fan of the color pallet that Hasbro opted for, though I could live without the large black text reading FORTNITE across the body.

More recently, Nerf’s lineup has expanded from just blasters to include other foam weapons like swords. This makes it likely that we’ll eventually get a pickaxe alongside a variety of other rifles. It would be pretty neat if Hasbro opts to recreate some of the non-weapon items from Fortnite like back bling. That would definitely end up being popular and an easy way to expand the lineup of Fortnite products. 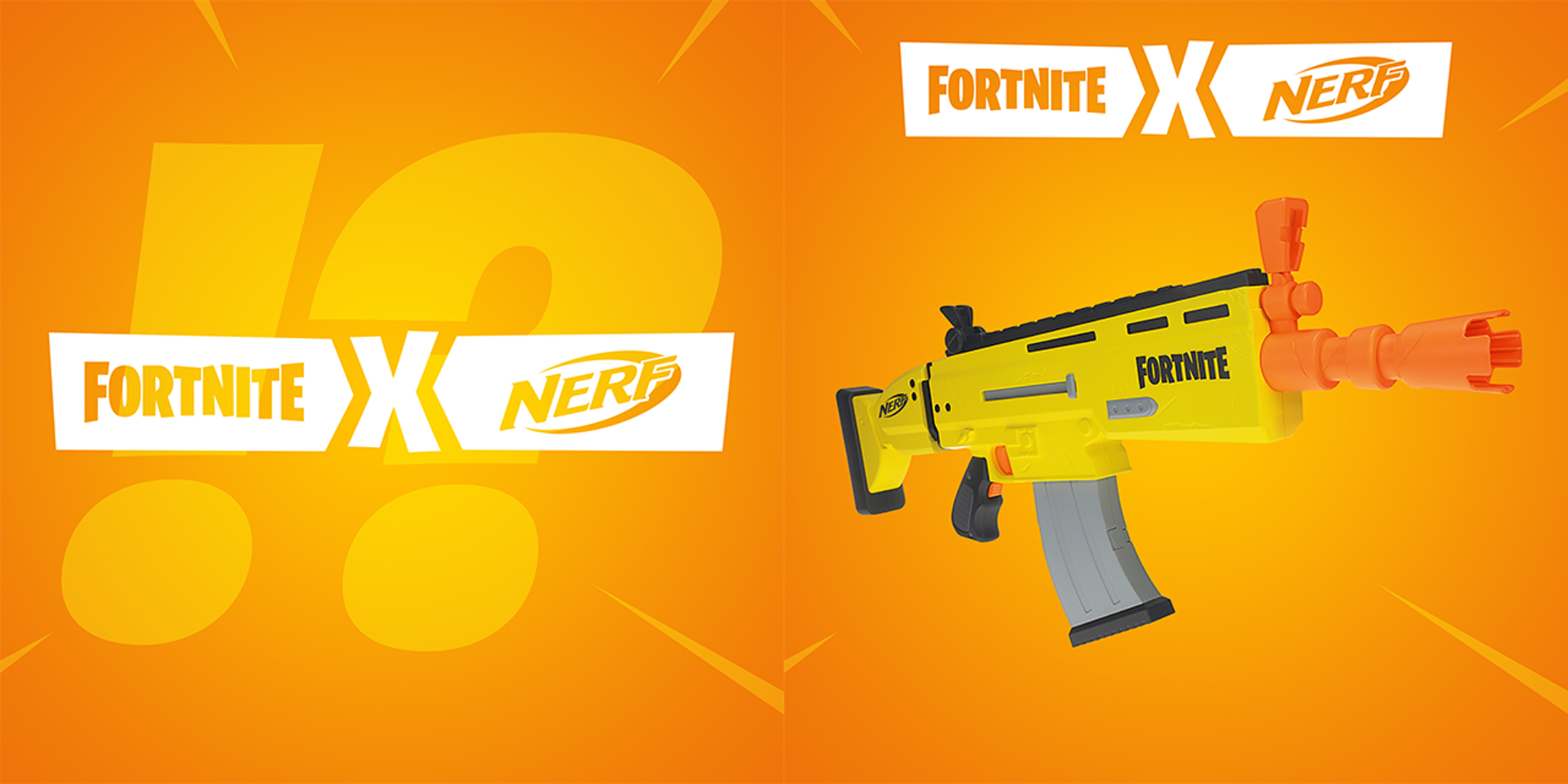 The first of Nerf’s Fortnite lineup will be arriving in the summer of next year. And while you’ll need luck to score one of these rifles in-game, anyone with $50 will be able to bring home the Fortnite AR-L Blaster on June 1, 2019. Those attending TwitchCon this weekend will be able to get an in-person look at the blaster.

Hasbro’s latest bet has been turning to popular videos to bring weapons from the in-game world into real life. Having already announced its Overwatch line of blasters, odds are we’ll see similar partnerships continue to emerge in the future. There’s no telling which Fortnite weapon Hasbro will Nerf next. But if there’s one you’re hoping for be sure to let us know in the comments below.