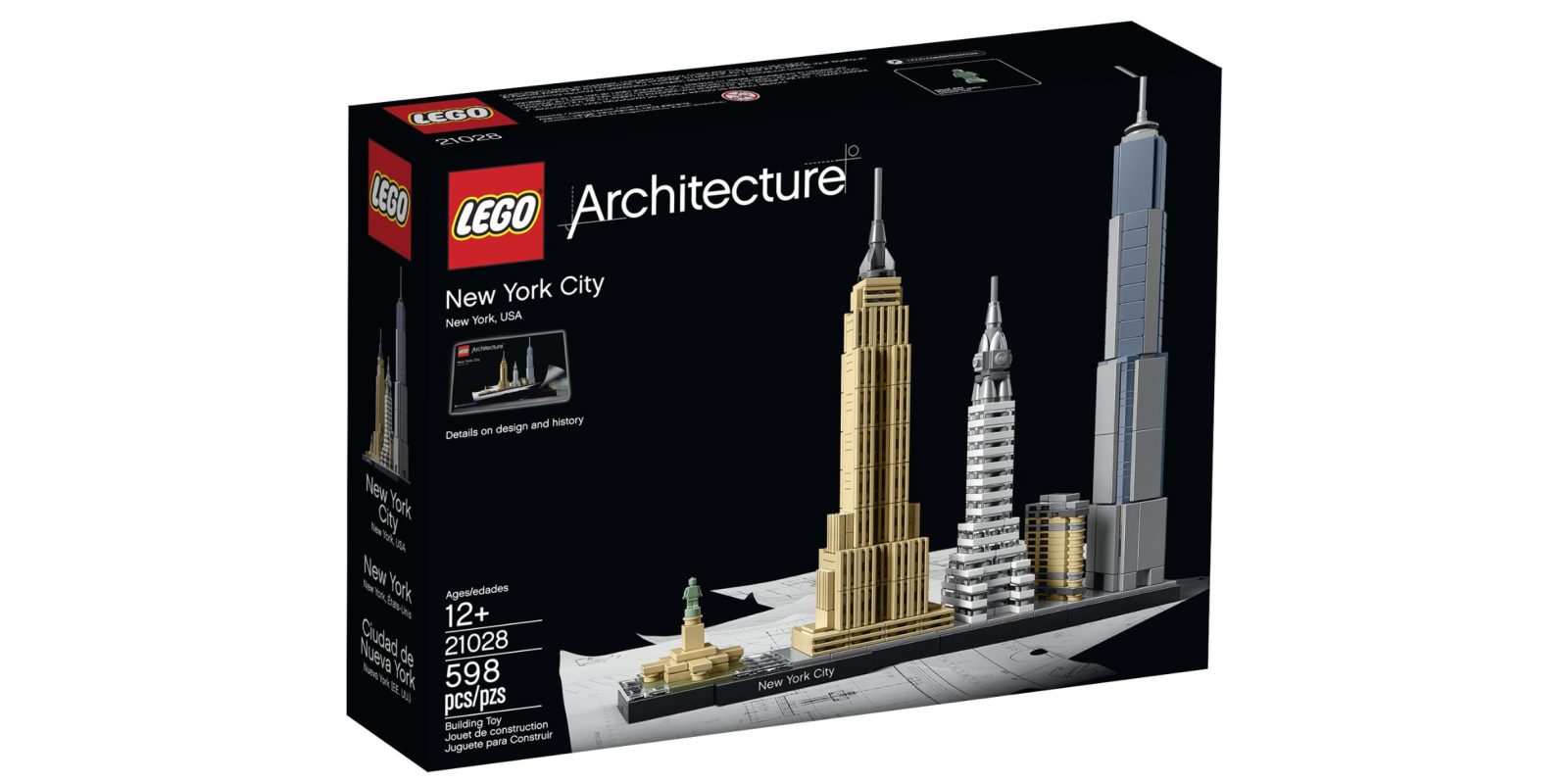 Walmart offers the LEGO Architecture New York City Skyline set for $47.99 shipped. Normally selling for $60, that’s good for a 20% discount, matches our previous mention, and is one of the best deals we’ve seen. This nearly 600-piece kit recreates five different landmarks in New York City from the Statue of Liberty to Empire State Building. Head below for additional LEGO deals.

Be sure to check out our LEGO Star Wars and City Advent Calendar coverage to get a peek at a new miniature build each day! We also recently took a hands-on look at the re-released LEGO Vestas Wind Turbine, which you won’t want to miss.

Celebrate the architectural diversity of New York City with this detailed LEGO brick model. The LEGO Architecture Skyline Collection offers models suitable for display in the home and office, and has been developed for all with an interest in travel, architectural culture, history and design. Each set is scaled to give an accurate representation of the comparative size of each structure, with true-to-life color depiction. This set features the Flatiron Building, Chrysler Building, Empire State Building, One World Trade Center and the Statue of Liberty, and is finished with a decorative New York City nameplate.

Day 19 of the LEGO 2018 Star Wars and City Advent Calendars stack up to a mini AT-ACT Walker and two RC Cars https://t.co/h1DwkvL4Fg pic.twitter.com/YkUuVv1csI