Hands-on: LEGO Vestas Wind Turbine is a highly-desired blast from the past w/ a premium price tag 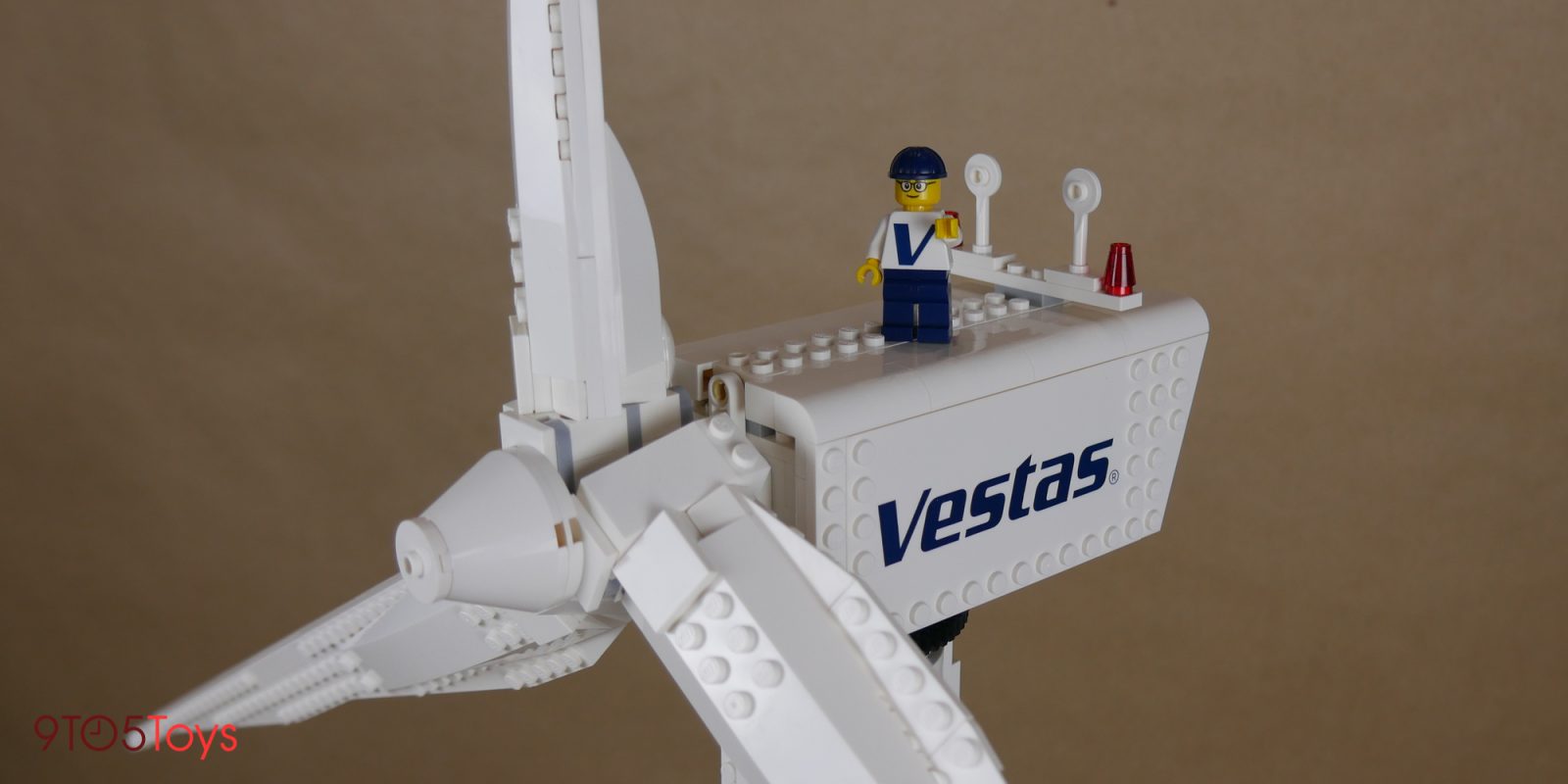 Earlier this year, LEGO announced that it would be bringing back a fan-favorite set after nearly a decade of retirement. To close out the year, LEGO has brought back the Vestas Wind Turbine, an 800-piece packing motorized features and more. As one of the tallest sets ever released, we had to get our hands on it. So head below to take an in-depth look at what LEGO’s most recent set has to offer.

LEGO first showcased the Vestas Wind Turbine to the world as a promotional set back in 2008. With a decade in the books since then, LEGO’s re-release coincides with the company’s continued environmentally-conscious initiatives. This time around, not much has changed with the set.

While the box and instruction manual have been updated, the build itself stays pretty true to the original. It still stands a meter tall, features the same number of minifigures, and more. While its predecessor clocked in with 816 pieces, the 2018 version features an additional ten elements.

This wont be the first time that LEGO has opted to re-release an aging set. With the Millennium Falcon and Taj Mahal, soaring aftermarket prices and outcry from the community helped influence the decision. For the Vestas Wind Turbine, LEGO had another motive. 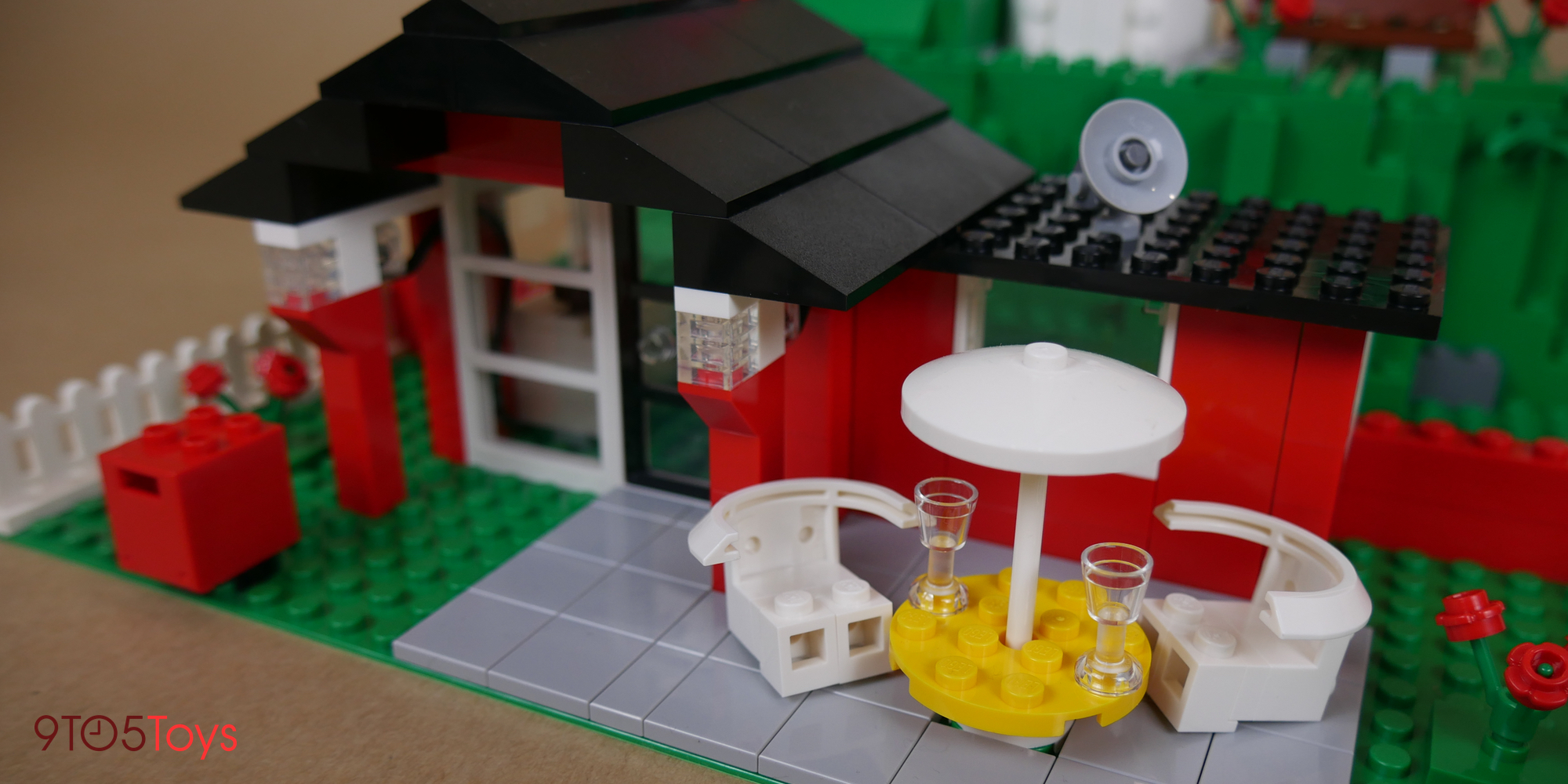 Earlier in the year, the company announced its initiative to have transitioned from ABS plastic bricks by 2030. We saw the first step in its plan, the Plants from Plants promotion back in July. Now there’s another symbolic gesture towards their goal with the re-release of a ten-year-old set.

Assembly: A lack of modern comforts |

When I first cracked open the set and spread out all 12 of the bags, I was initially blindsided by something that was going to make things a little tricky. Back in 2008, very few sets actually received numbered bags like they do today. So rather than diving into the first bag like you normally could, I had to sort out all 826 pieces before I could begin building.

The entire model is housed on a single 32-by-32 stud base plate. Of course, the main portion of the build is the massive wind turbine itself, but it is also joined by a smaller brick-built house and Vestas van. Each of the latter two portions are fairly small, with the house stacking up to a pretty basic facade. The van on the other hand is a little better, and even has room for a repair kit in back.

Despite being over 39 inches tall, the set is surprisingly sturdy. Behind the red house is a large hill of sorts that disguises some of the structural elements as well as the built-in battery and wires. This section doesn’t look amazing, but considering it doubles as the actual turbine’s main supports, it’s pretty impressive for a decade-old design. 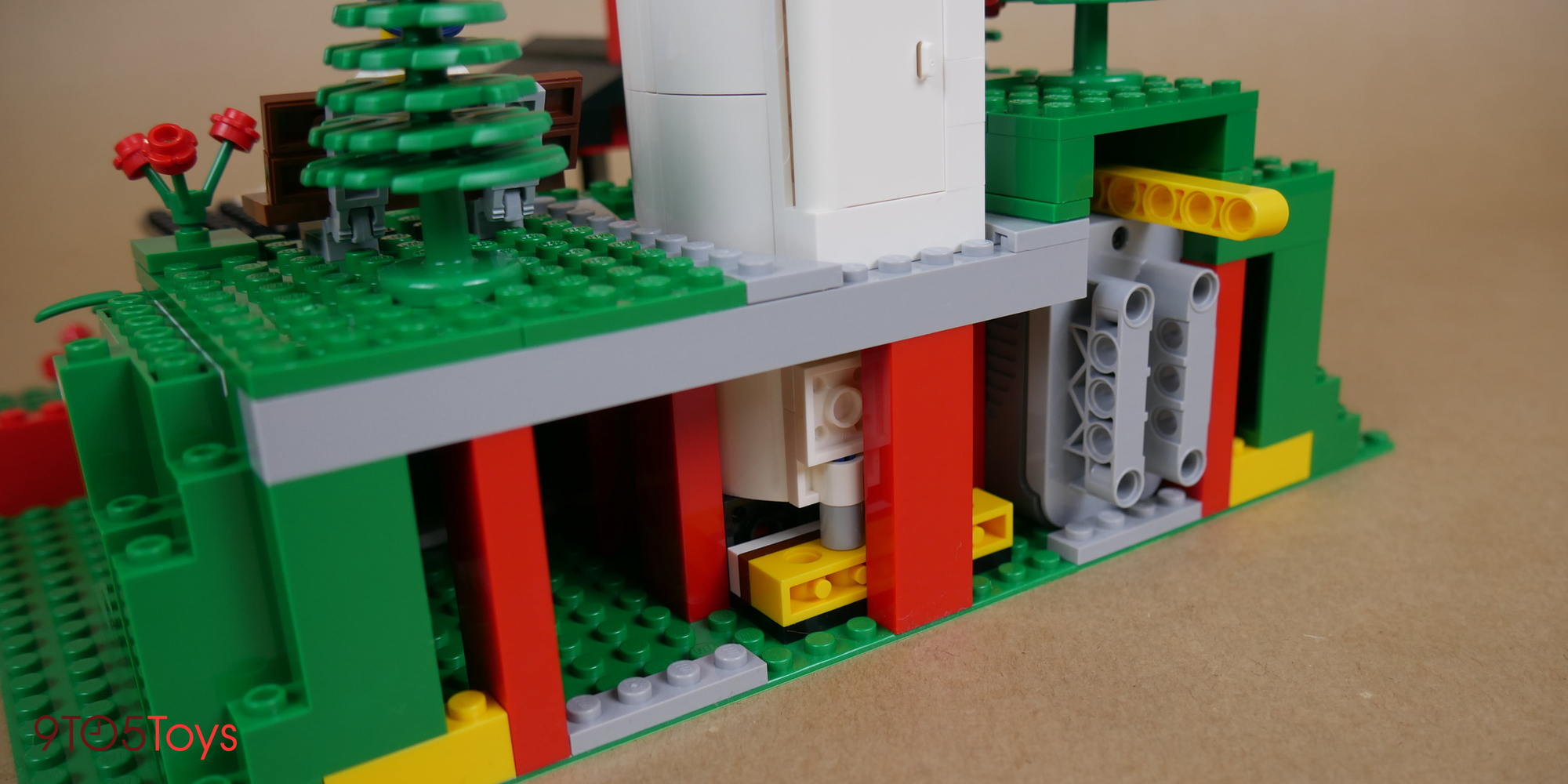 LEGO’s re-release of the set also still includes the Power Functions motor and lights. Such an inclusion allows you to turn on the turbine and have it spin similarly to the way it would in the real world. Two LED lights join the motor and illuminate the front of the house.

The wind turbine includes three minifigures and a dog. Two of those are Vestas employees, which surprisingly are two separate figures. They are set exclusives although the only unique factor is the massive V logos on their torsos. And speaking of Vestas insignia, all of the set’s decals are printed on. Considering that a major gripe of ours for just about all of the kits we’ve recently taken a look at has been the use of stickers, this is a big win. 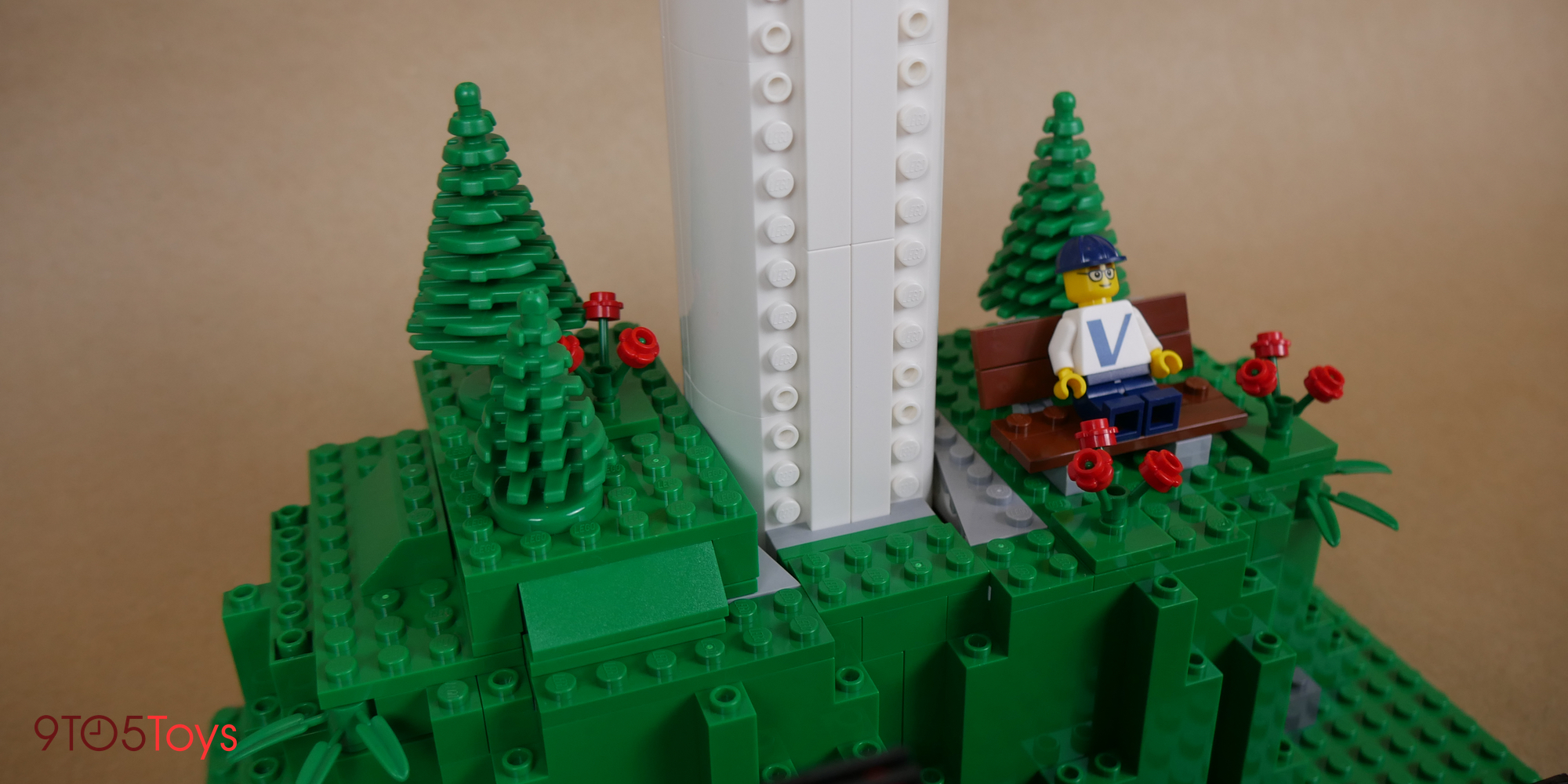 It even includes a few of the Plants from Plants pieces, which is a nice added touch. Aside from the promotional set, this is really the first actual kit to include the pieces, making it noteworthy in that regard as well.

The release of the Vestas Wind Turbine shows that LEGO is serious about its green initiative. It also means that you’re going to have to shell out some major green in order to add it to your collection. At $199.99, it is by no means an inexpensive kit. That premium price tag is worsened by the fact that it enters with one of the lowest part per dollar ratios we’ve seen. At $0.24 per piece, that’s a hard sell for many.

That being said, this set does certainly have its strengths. The most prominent one, something that can’t really be overstated, is just how large of a kit this is. In the history of LEGO, few sets have closed in on the one-meter height mark. Most recently, the LEGO Ideas NASA Apollo Saturn V came close, but fell a little bit short. So aside from 2007’s Eiffel Tower, the Wind Turbine’s re-release still manages to hold onto the silver place medal.

Is it worth it’s steep price tag? 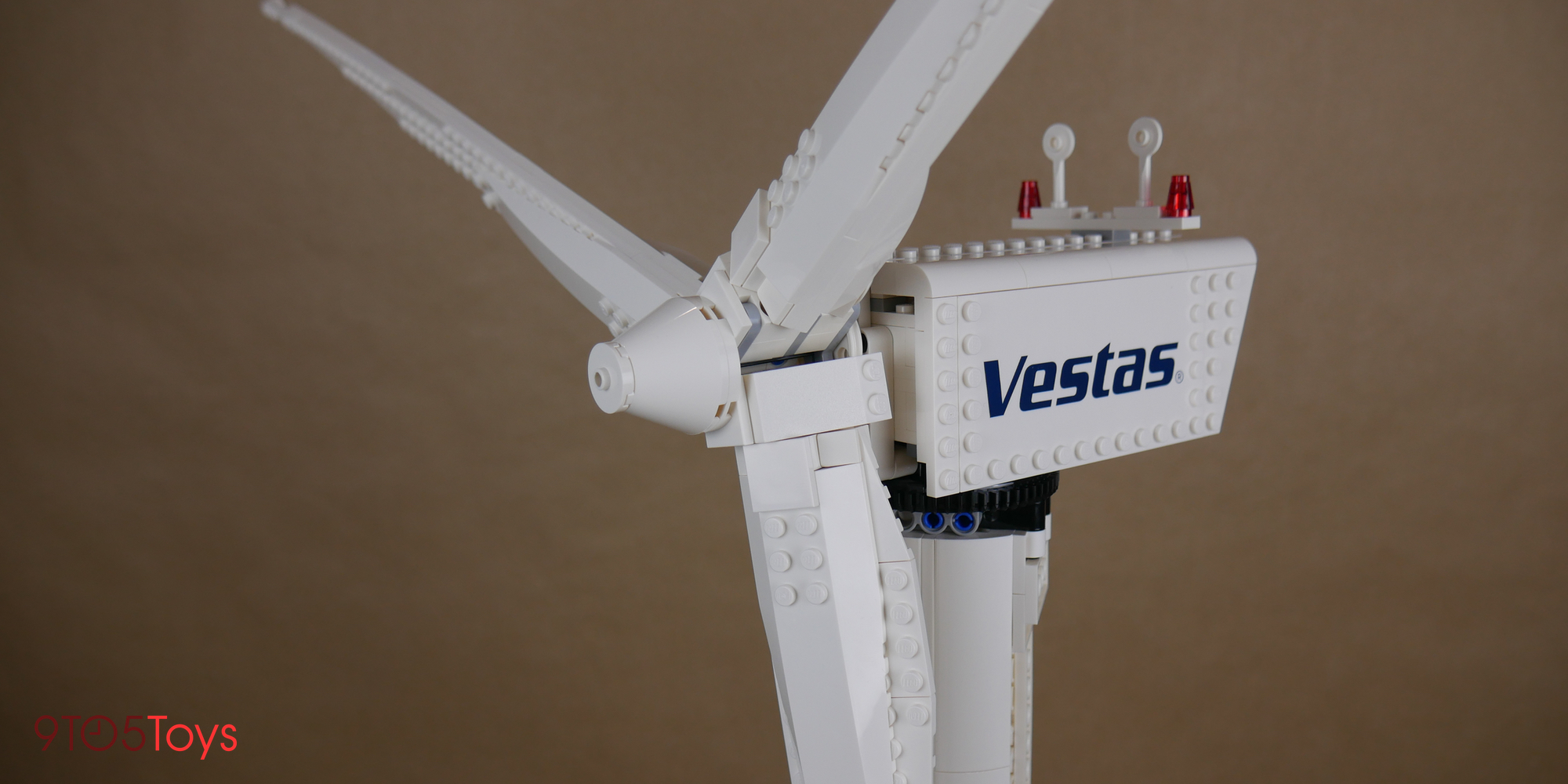 Unfortunately, the Vestas Wind Turbine may have one of the most limited target demographics in mind. Most $200 sets don’t appeal to the same audience that more affordable kits do. But while the UCS and Creator Expert lines bring high part counts, intricate detailing, and more to the table with their high retail prices, the Vestas Wind Turbine seems out of place sharing a similar price tag with sets like the Y-Wing Starfighter and Downtown Diner.

Though for many LEGO fans, its size and history alone will make it a must for their collections. The original release has become a white whale for far too many builders. And now, the re-release has finally made it obtainable; even if there is a higher-than-usual premium for a retail set. 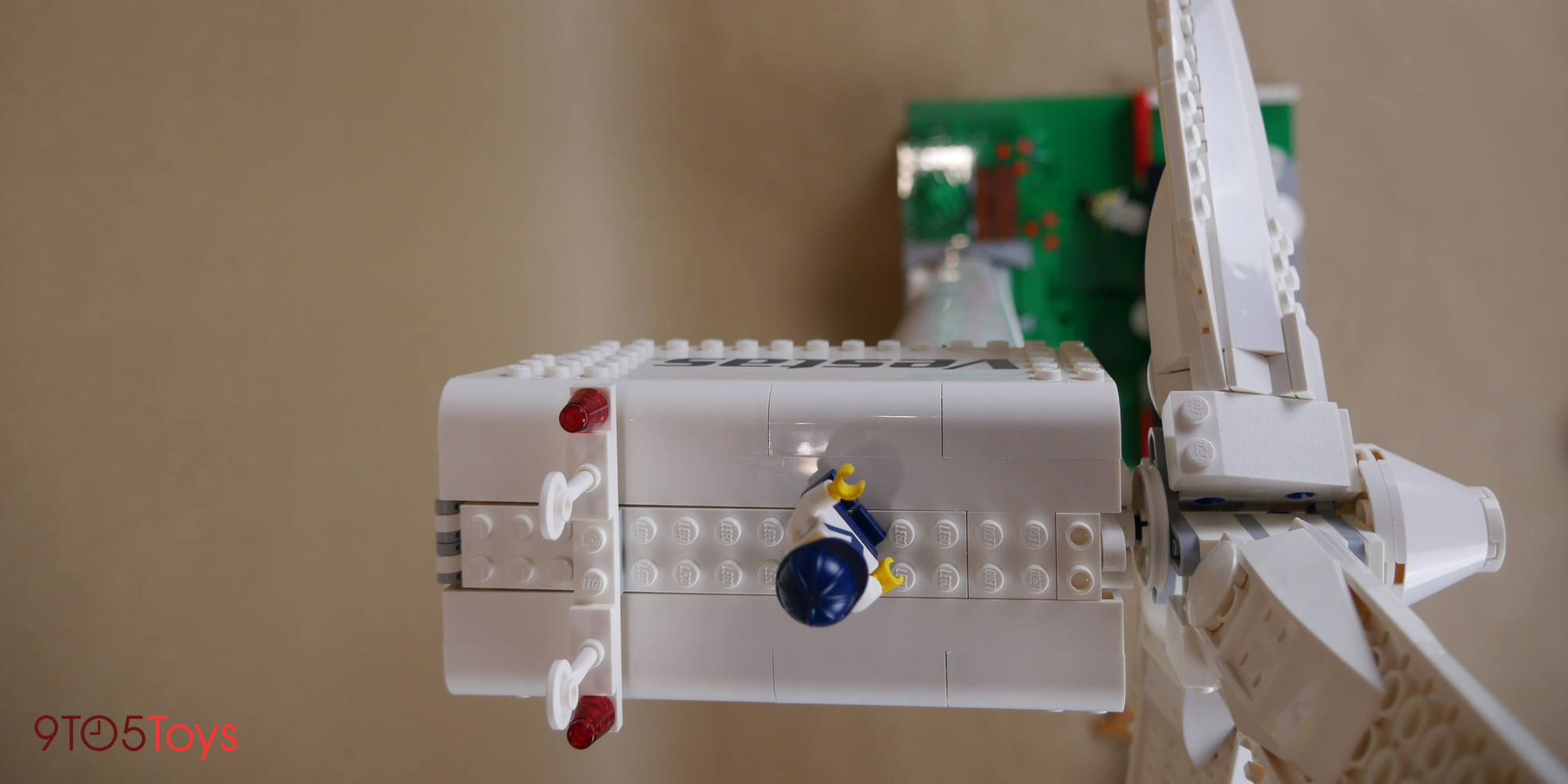 At the end of the day, the Vestas Wind Turbine is a great set that costs twice as much as it ideally should. Does that mean you shouldn’t buy it? Not necessarily. It’s unique and truly does stand out from the rest of LEGO’s current lineup. But if getting the most pieces for your dollar isn’t an issue to wrack your brain over, the Vestas Wind Turbine will be a wonderful addition to your collection.

Buy the LEGO Vestas Wind Turbine for $199.99 shipped from LEGO