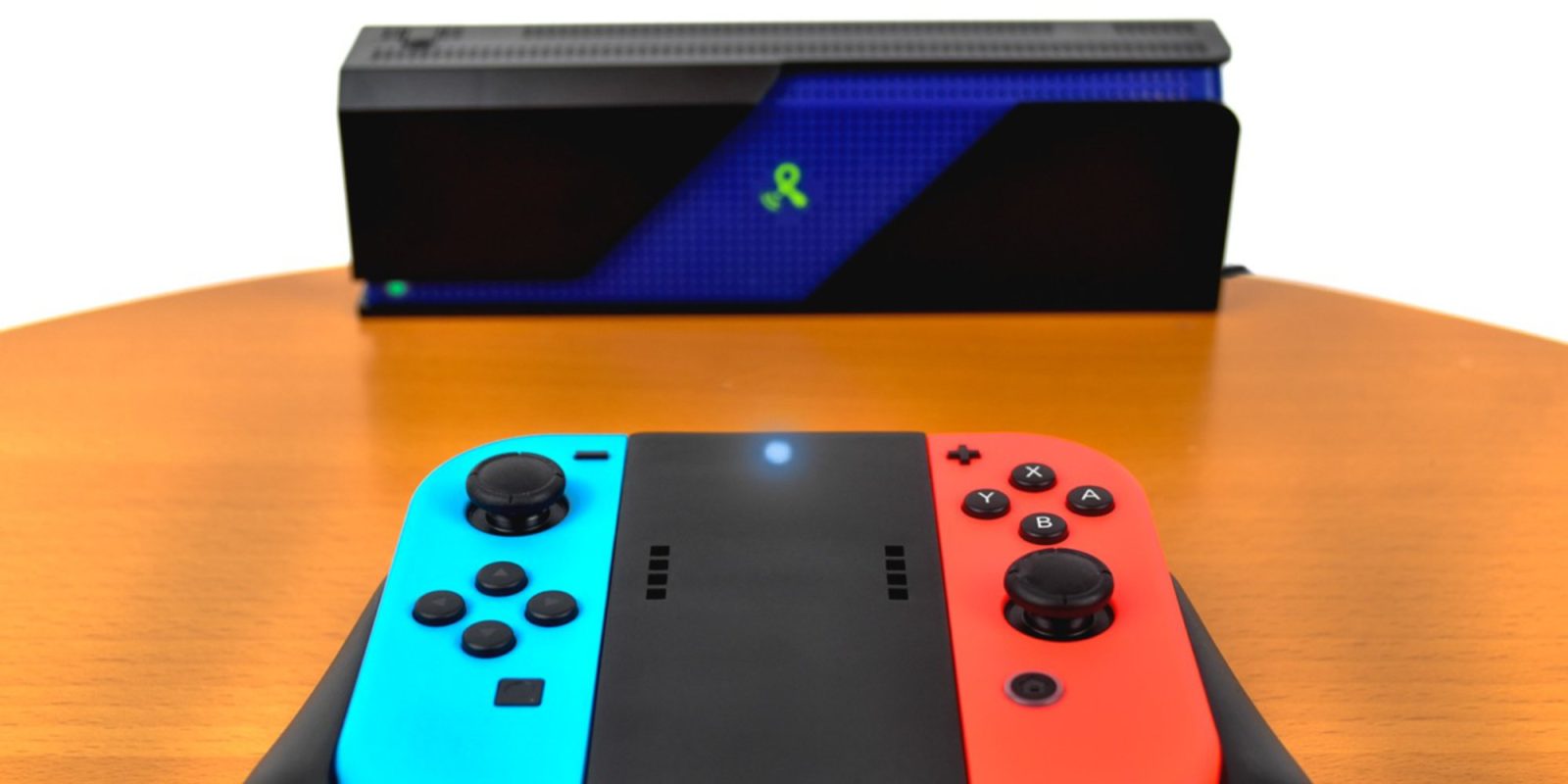 Once you have tried Qi charging, plugging in a cable immediately feels antiquated. That being said, very few folks that I know have actually forked over the money to buy Qi chargers for their smartphone. Unless manufacturers begin bundling Qi chargers with their gear, some may skip Qi altogether and go straight for OTA charging when seeing what Powercast has showcased in its upcoming Nintendo Joy-Con grips. The company’s new grips not only extend Joy-Con battery up to 38 hours, they also charge without a cable or charging pad.

If you have not heard of Powercast before, it’s a company that has been developing RF-based wireless power since 2003. It has developed far field charging that is capable of reaching up to 80 feet.

While regulations have held back Powercast from releasing its most powerful charging, the tech used to charge its Joy-Con grips is deemed safe for the public and will reach around two feet.

This means that players will simply need to place the grips in the general vicinity of the Powercast transmitter and they will begin to power up on their own, allowing users to almost entirely forget about the hassle of recharging batteries.

Powercast has shown off two form-factors for gaming with Joy-Cons, the first of which is meant for a single controller and is prominently displayed in its demonstration video. It looks a bit odd since it does not wrap completely around the bottom of the individual Joy-Con. That being said, it does look like it will offer a much more comfortable and ergonomic playing session for those not using a Pro Controller.

“Many of us at Powercast are Nintendo Switch gamers, and we often found that we’d let our batteries die by forgetting to dock our controllers,” said Charles Greene, Chief Operating and Technical Officer of Powercast. “Realizing our technology could solve the problem, we developed a product that lets the Joy-Cons charge without docking when you walk away from a gaming session.”

The other option is more like a typical grip that holds two controllers and makes it feel like the typical console experience. Both the single and double Joy-Con grips come in black and in that regard, look very similar to what Nintendo ships with each one of its Switch consoles.

Powercast plans to release multiple products throughout 2019, but the charging grips are expected to ship in Q3. Unfortunately the company has not yet offered any information regarding pricing, which could mean that they will either be costly or Powercast is simply waiting until it finishes the development stage.