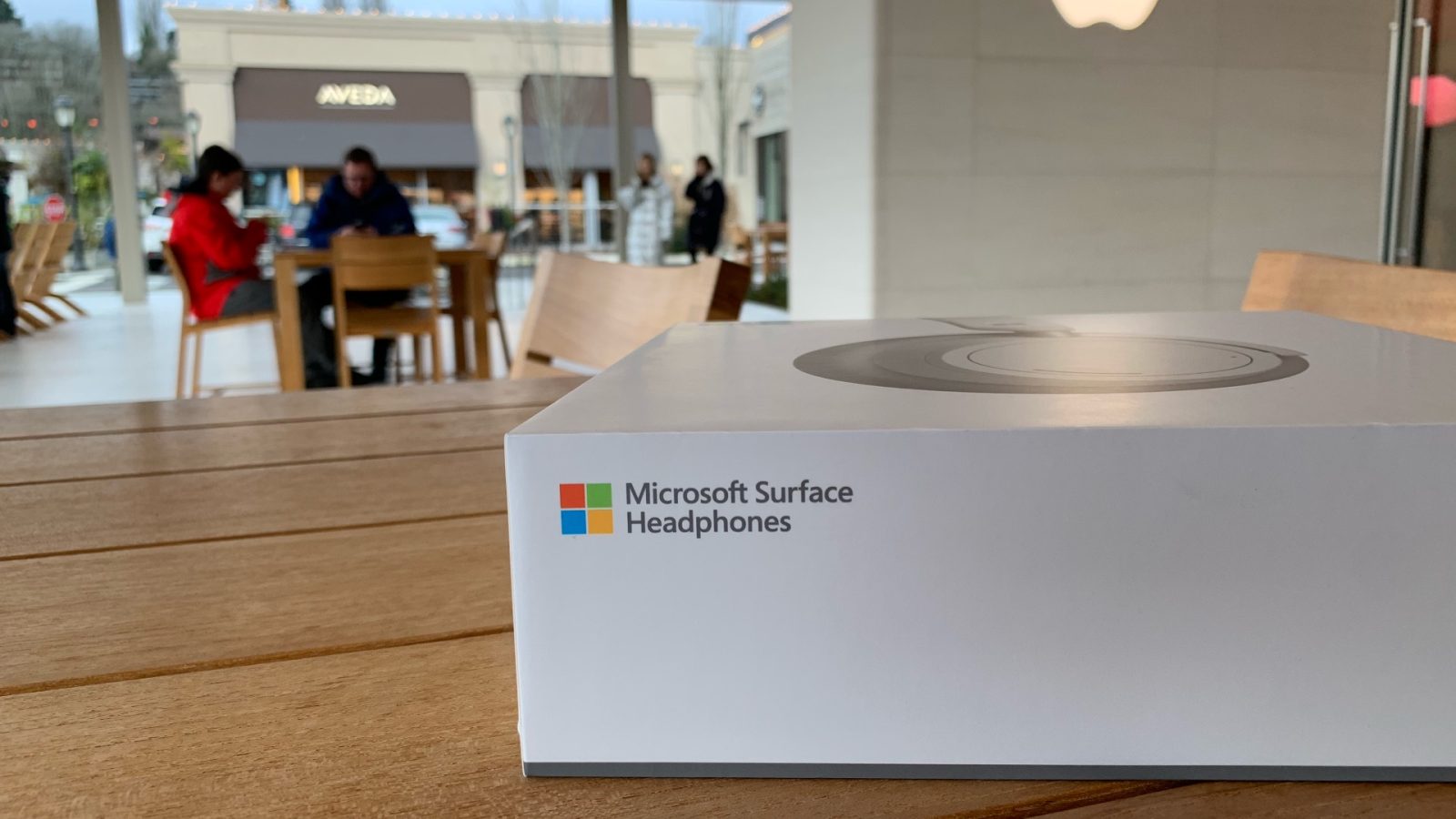 As the headphone jack begins to disappear from more and more portable devices, Bluetooth, and more specifically, ANC headphones have become super popular. Right out of left field, Microsoft announced its first-generation Surface Headphones earlier this year which feature ANC, Bluetooth, and charging over USB-C.

So, how do they stack up against the competition?

This is probably the Surface Headphones’ strongest point. It’s a beautifully crafted piece of hardware. Coming in this gorgeous classic “Surface color” (silver/gray), these don’t disappoint.

The earcups look circular on the exterior, but actually feature an oval design that are relatively deep. From my own testing, the earcups fit my ears snugly and don’t touch the inner drivers.

The headband has a satisfying click and extends pretty far. For my larger than average head, it fits me when extended all the way out. Despite this, the Surface Headphones are super comfortable and can be worn for long periods of time. I didn’t have any comfort issues with these, despite being heavier than other ANC headphones such as the Sony 1000XM3s and Bose QC35s. 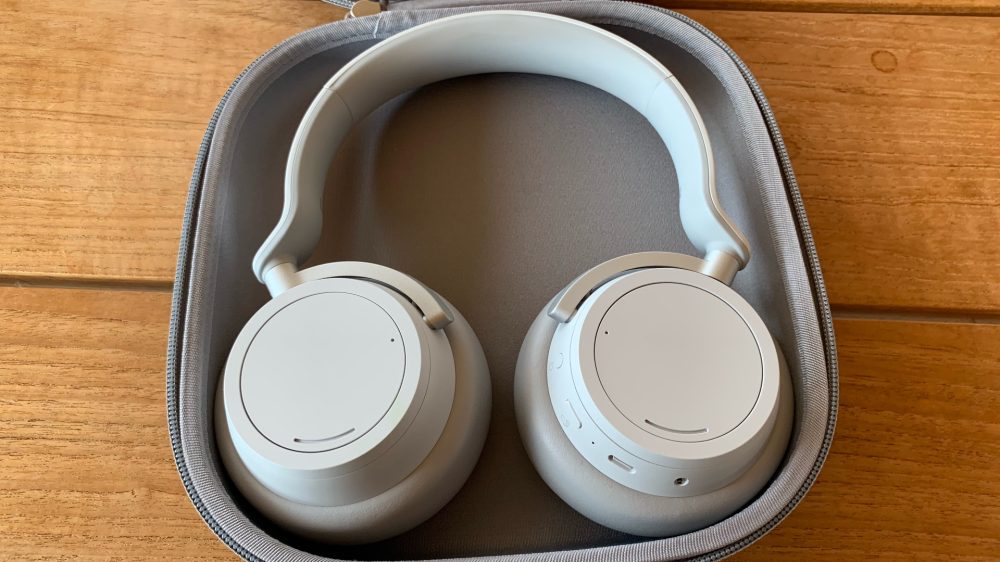 You’ll also get a recessed power button and a mute microphone button on the right earcup. This is rather unsatisfactory as the power button is often hard to find since it sits nearly flush with the rest of the headphone.

In the box, you’ll get a nice (but bulky) case, a USB-C charging cable, and a standard 3.5mm headphone cable. They don’t fold up, which makes the carrying case larger than most alternatives on the market today.

My only real gripe with these are that they don’t come in any sort of black colorway. A matte black to match the rest of the Surface line of devices?

Being a set of Bluetooth ANC headphones, the Surface Headphones are packed full of features.

The dials. This is by far my favorite feature of the Surface Headphones. Being able to adjust the ANC and audio volume with a manual dial is an absolute game changer. I hope that other manufacturers take on a similar approach. Both earcups also feature touch controls that are mirrored. These work just like your old Apple earbuds: single tap for play/pause, double tap for skip forward, triple tap to go back, and tap and hold for Cortana. The only downside of the dial in my testing is despite having a manual dial that feels super smooth, the audio jumps in steps versus a continuous curve for turning up the volume. Think using volume buttons on your phone versus controlling with a physical knob. 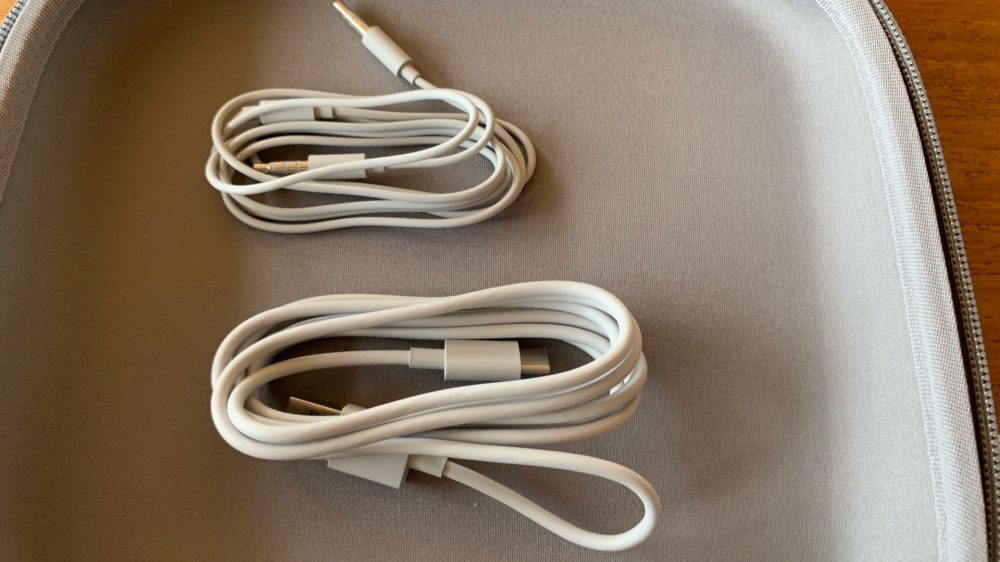 It sounds silly to say this (because some Bluetooth headphones aren’t capable of doing it) but you’ll also be able to charge the headphones and use the Bluetooth radio simultaneously. Unfortuantely, the USB-C port is only for charging and won’t pass-through audio for wired listening. It’s also unclear if Surface Headphones support quick charging. Their official support document hysterically says “INSERT FAST CHARGE HERE.” However, from my testing, Surface Headphones charge from 0-100% in about 3-4 hours, with a 5 minute charge giving you roughly half an hour of listening. When you turn on the headphone, Cortana will read out your current battery level by way of how many hours are left, and which devices are connected to it.

Unfortunately, this is the biggest weak-point of, and arguably a deal breaker for many, for Surface Headphones. The out of the box sound signature is bass heavy with a wildly uneven treble range. The mid-bass boost overtakes and makes the mids muddy.

The good thing is that the bass and mids can be fixed, however, the treble, due to its terrible unevenness cannot and that leads to a really dissatisfying audio experience. 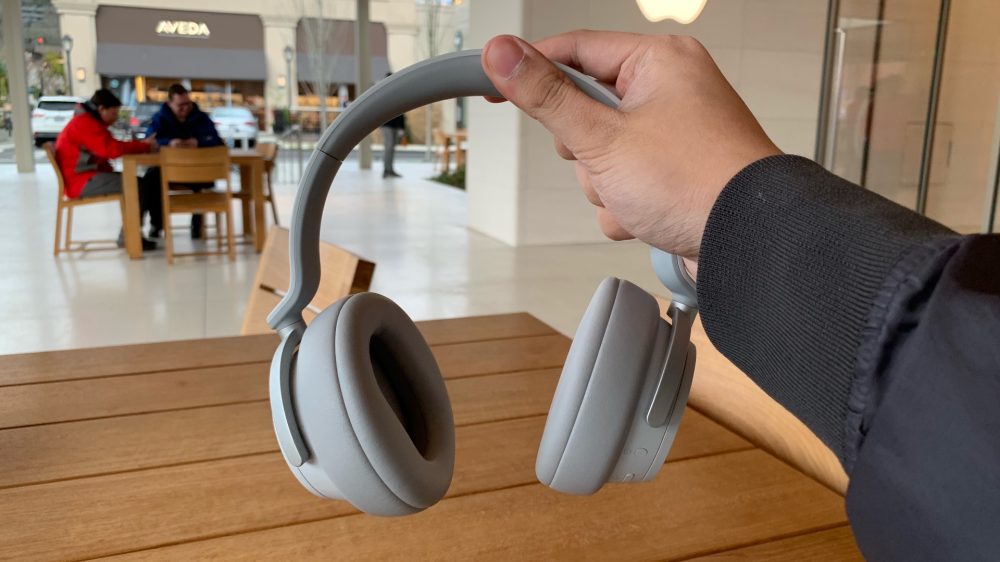 Sound signature aside, the soundstage is much narrower than most closed-back headphones, and the headphones overall lack a sense of dynamic range.

This makes for an overall mediocre sound signature, at best. Maybe Microsoft can improve this by adding support for better Bluetooth codecs. Currently, they only support SBC, but maybe adding AAC, aptX, or LDAC may improve its sound.

Surface Headphones are very average by audio standards. The design and comfort are great. The controls are outright game-changing. But it falls short in the sound quality department, which is arguably the most important spec when purchasing a new set of headphones.

With that said, if you’re a heavy Windows/Surface user, you’ll probably love Surface Headphones. It provides decent ANC with a warm, Beats-like sound signature, pairs with up to two devices at a time, and has USB-C for charging.

However, if you’re not in that camp, Surface Headphones are a hard sell, especially at $349 with competition from the likes of the Sony 1000XM3s and the Bose QC35 IIs. You’re probably better off waiting for the next generation Surface Headphones or buying something like the XM3s or QC35s instead.