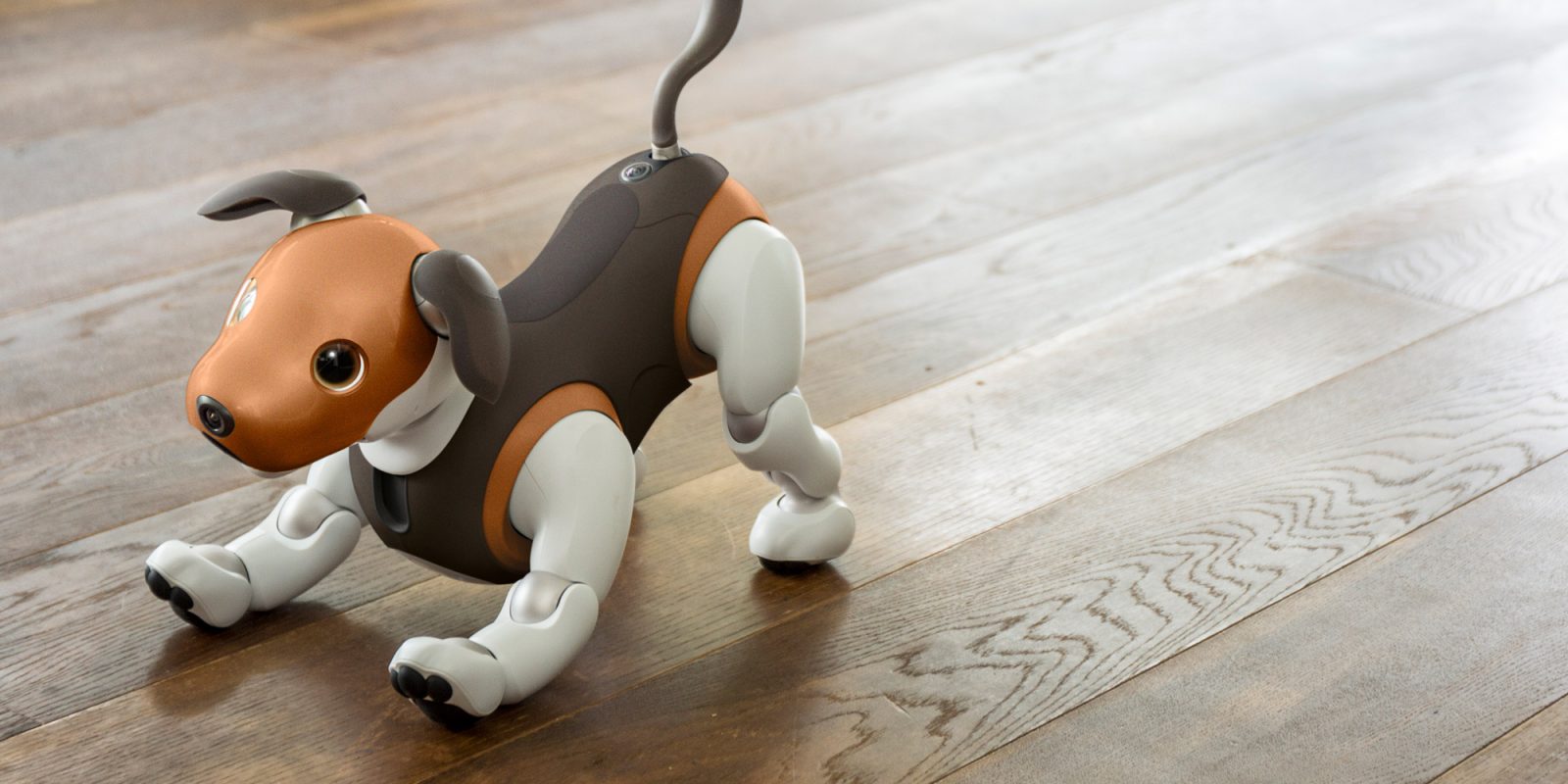 Back in August we detailed how you’d soon be able to bring home one of Sony’s new Aibo robotic dogs. After successfully launching here in the United States, Sony is now putting a new beagle-inspired breed up for adoption as well as introducing home security features into the mix. Head below for a closer look at the upcoming robotic pup and to see what new tricks this dog has learned.

Sony’s Aibo debuted stateside with a premium $2,900 price tag just before the 2018 holiday season. With such a high cost, it’s a hard sell for most, even those adore home-dwelling robots, like myself. While much of the recent announcement focuses on the new colorware, Sony has more in the works for Aibo in the coming weeks than just a fresh coat of paint.

The new Choco Edition is nearly identical to the version that Sony released just a few months ago. Drawing inspiration from beagles, the only differences you’ll find are with the pup’s coat. Rather than the sleek white design that’s on the market today, you’ll now be able to bring home a tricolor version with brown body. 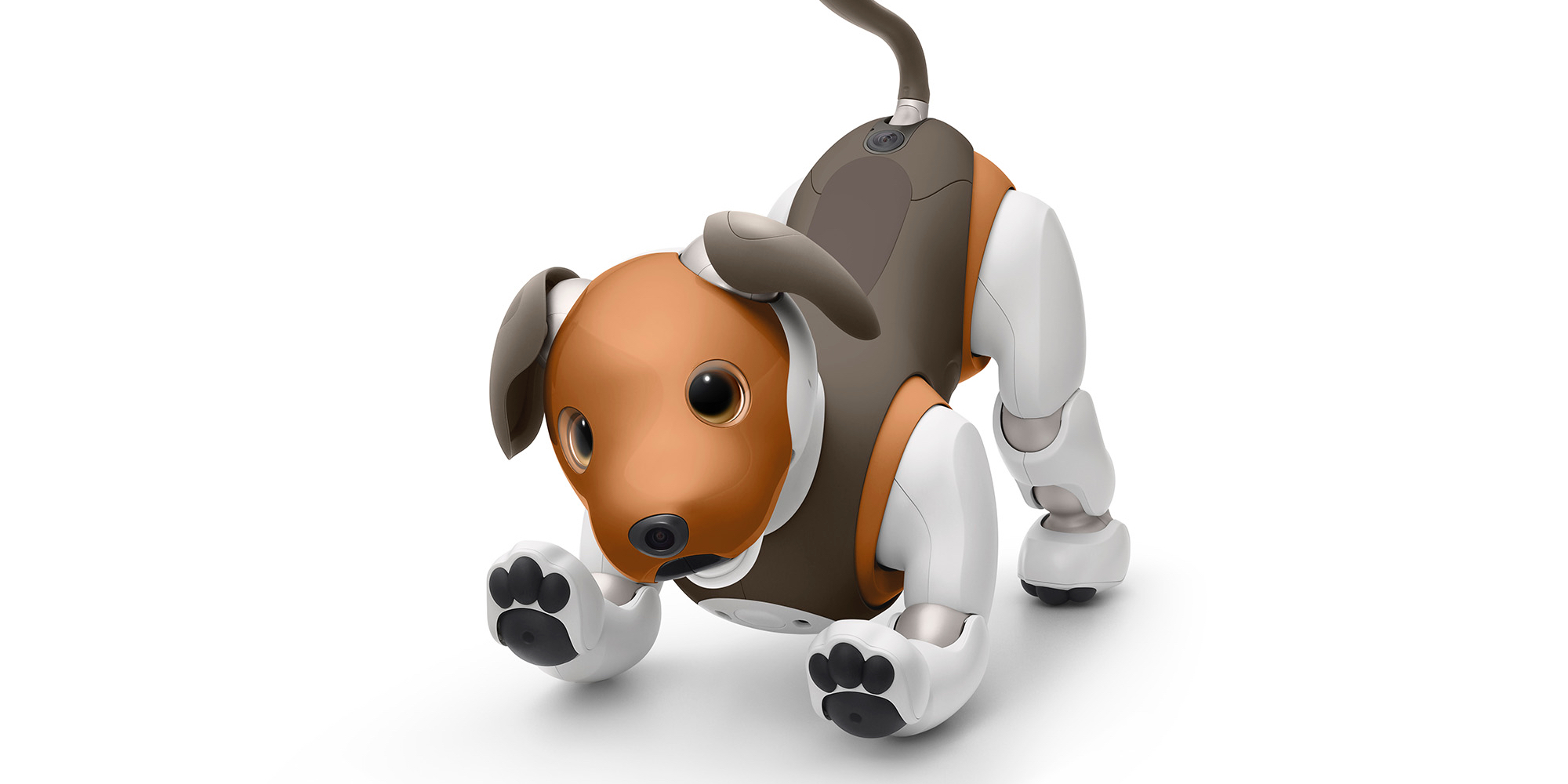 It’ll be launching on February 1st in Japan with a ¥198,000 price tag ($1,800). Although there’s no word on if or when we’ll see it here in the US. With the original version, we had to wait eight months or so for it to make its way across the Pacific. So odds are the new Choco variant won’t be up for adoption here anytime soon. And if Sony does end up bringing Aibo to the states, it’ll likely fetch a higher $2,900 price tag, like the original.

Aibo can now protect your home, too

Sony has teamed up with Japanese home security firm Secom to help make Aibo’s utility more apparent. The slogan of the partnership is securitainment, a word coined by Sony to describe this fusion, and quite accurately if I must say. The new home protection capabilities leverage the lovable robot pup’s already built-in facial recognition and room mapping technology. 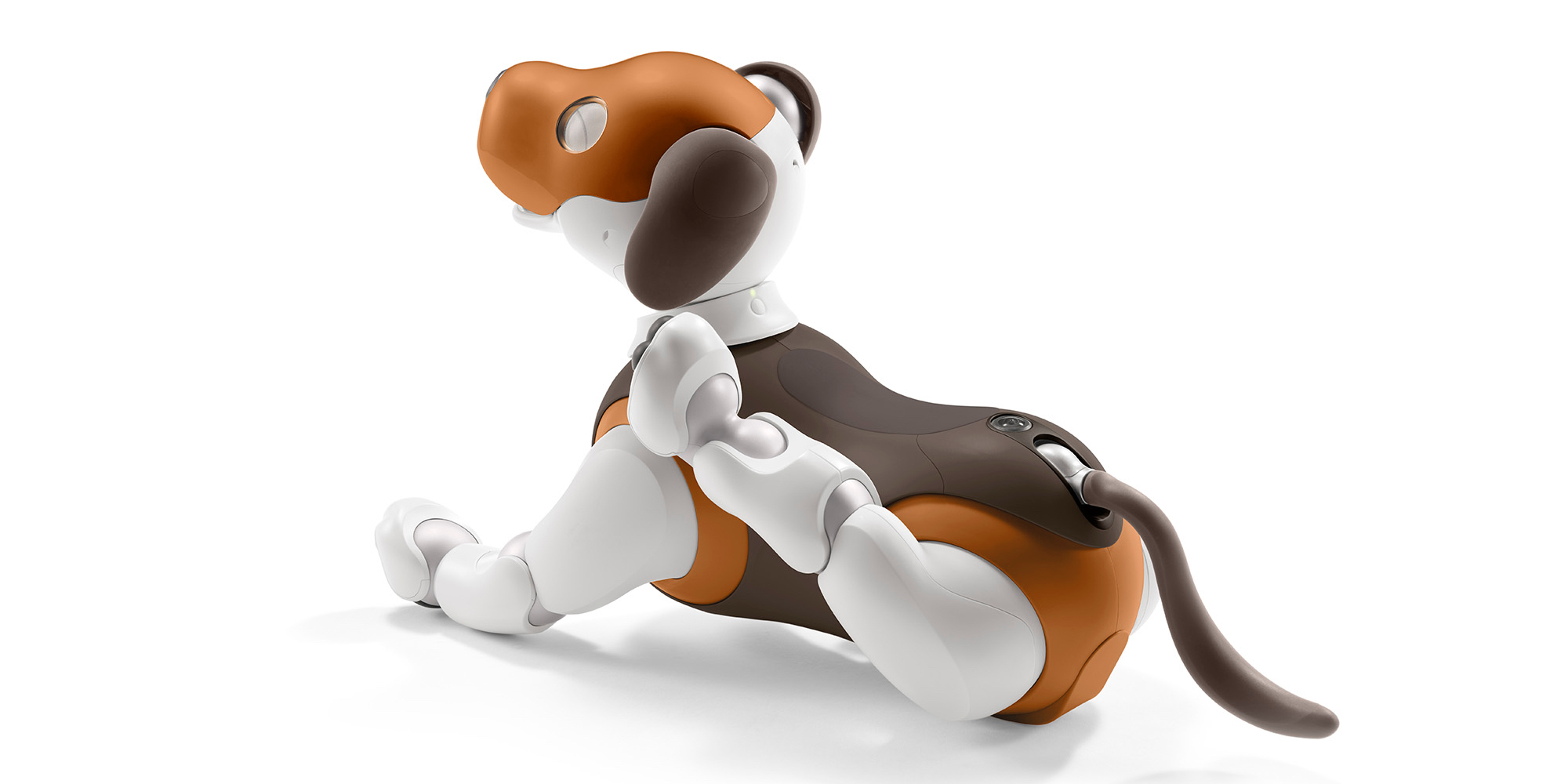 Aibo will be able to check up on family members, patrol your home for intruders and more. And if that weren’t enough, more security-focused features are said to be coming in the future. Sony has also announced that this summer, it’ll open the robo dog’s API. This will allow third-party developers to begin teaching Aibo new tricks and hopefully bring even more utility to the robot.

The first of these new features will be arriving sometime in February. Though if you were expecting them to be free after shelling out thousands of dollars up front, you’re mistaken. To take advantage of the new security functionality, you’ll need to pay ¥1,400 ($13.50) for a monthly subscription.

As for now you can buy the white model direct from Sony for $2,900 if you don’t want to wait for the Choco Edition.