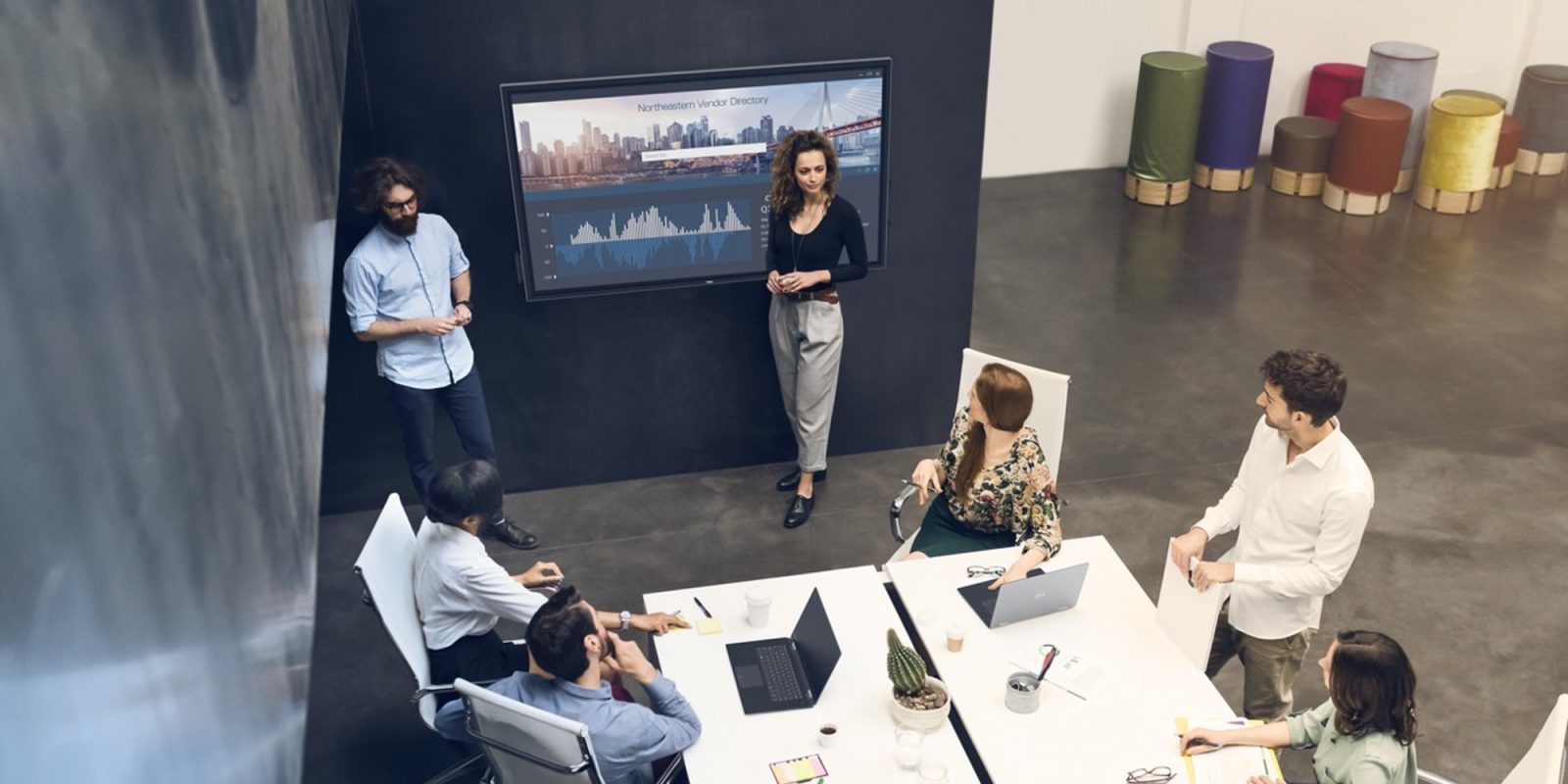 One of the more infamous additions to the classroom throughout the 2000s was the SMART Board, a projector-based accessory that was the bane of so many teachers’ daily lessons. Dell is hoping that its latest school-oriented release won’t be plagued with the same ill-fated legacy. Touting a 75-inch 4K touchscreen panel, the upcoming Dell 75 4K Interactive Touch Monitor focuses on collaboration and boasts a future-proof design.

We’ve seen other tech giants take a crack at similar designs in the past. Both Microsoft and Google have developed their own products that are destined to end up in classrooms, so how does Dell’s compare?

The Dell 75 4K Interactive Touch Monitor’s main objective is focused around collaboration. As such, its 75-inch 4K UHD panel also supports 20-point multitouch capabilities, meaning up to 20 different people can interact with the device at a time. The display also ships with an anti-glare and anti-smudge coating, which is a nice quality of life feature.

There’s no computing power built right into the Dell 75 4K Interactive Touch Monitor. That’s a change of pace compared to the Microsoft Surface Hub, which packs a PC right into the all-in-one form factor. But alas, Dell’s option will rely on one of the company’s OptiPlex MicroPC systems to do all of the heavy lifting. 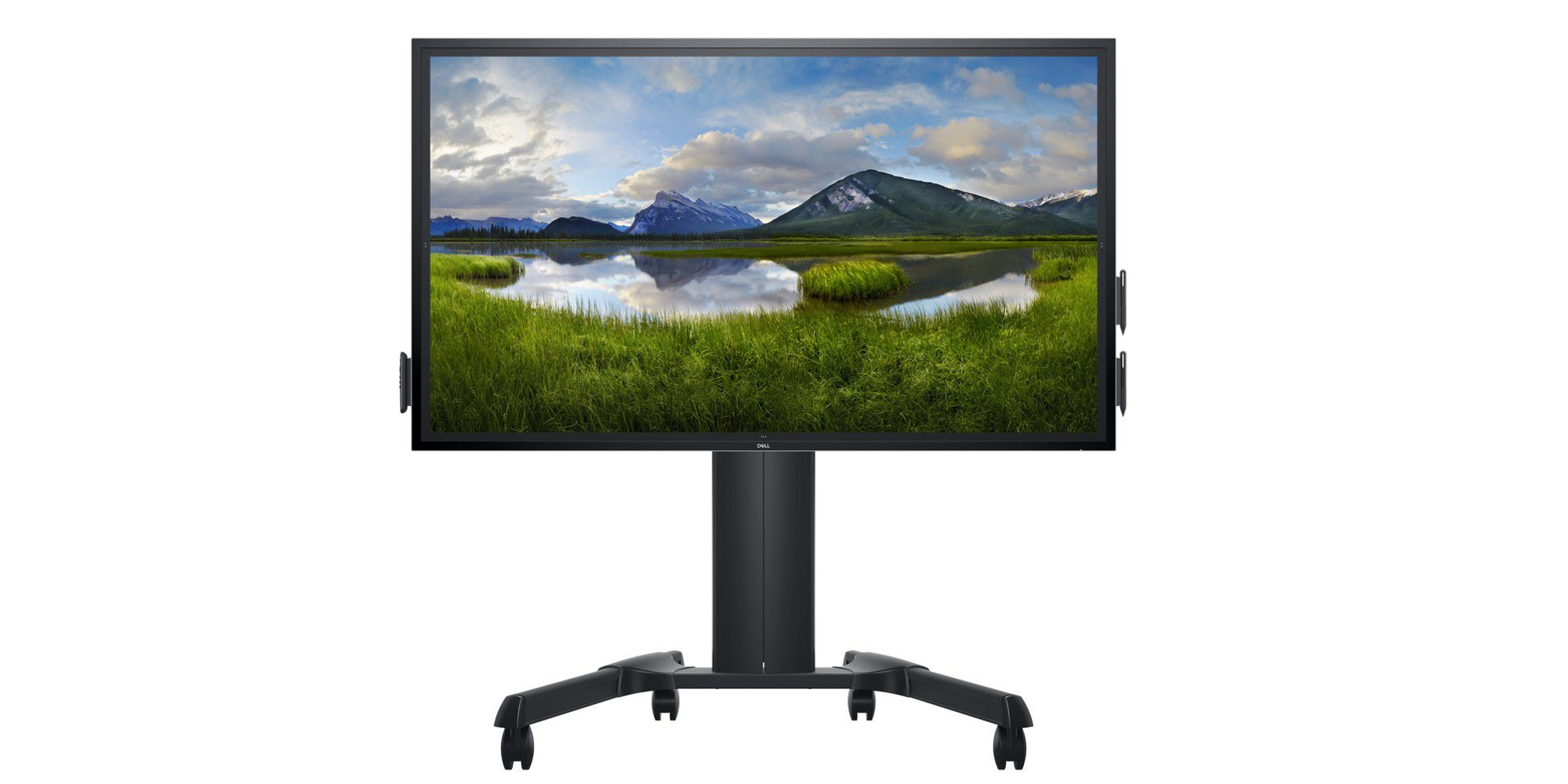 This may seem like a negative, but it’s actually a win for Dell. Relying on the OptiPlex rather than a built-in machine gives the Dell 75 4K Interactive Touch Monitor a feature that can’t be understated: longevity. The modular microPC means that schools can upgrade the computer portion of the setup down the line without having to entirely replace the display.

With a $5,999.99 price tag, prolonging the lifespan of the device is certainly a plus. Dell will begin shipping its new monitor on April 30th along with two passive styluses. 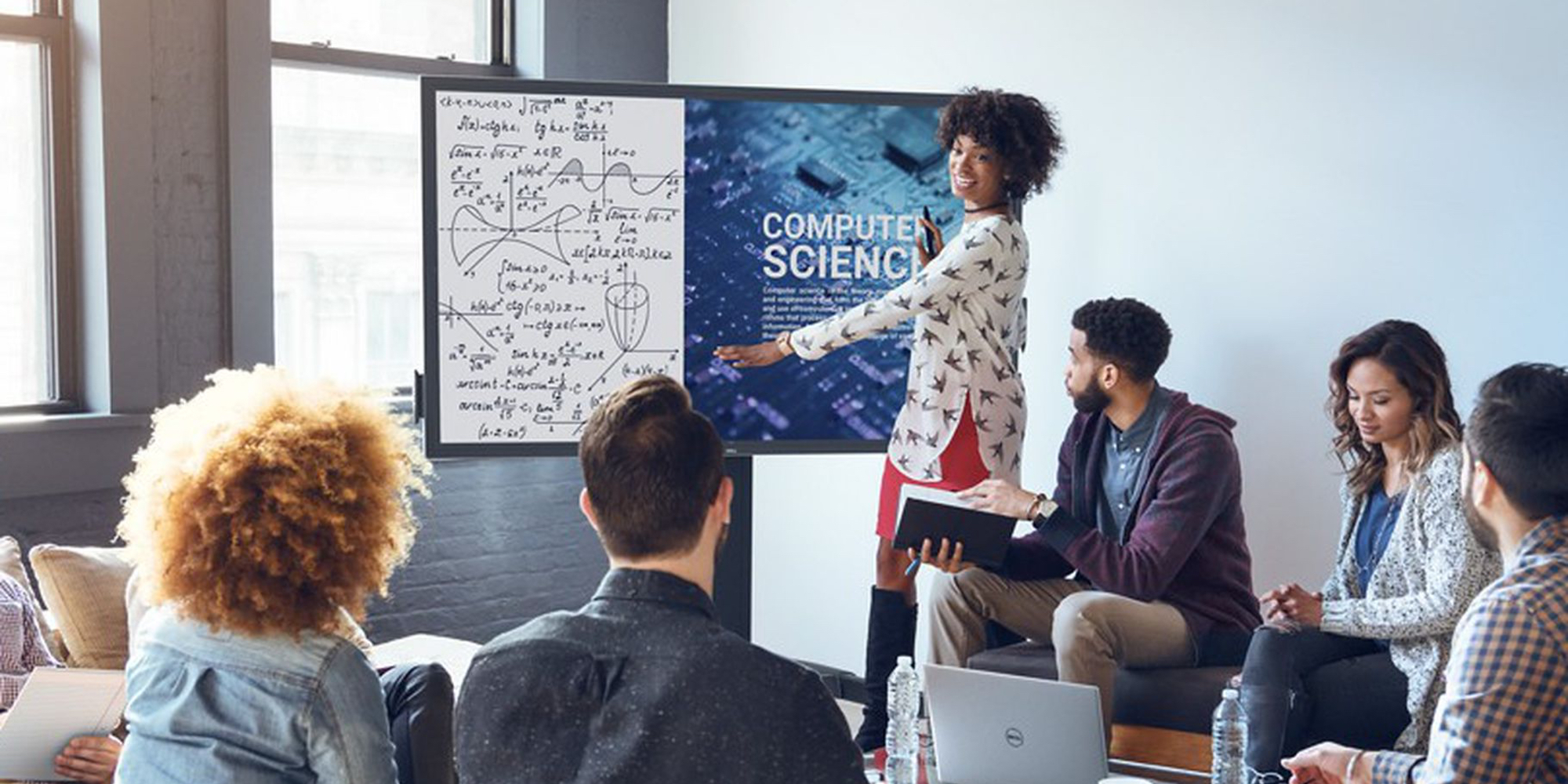 In what will be a big win for teachers adopting the monitor into their classrooms, it is also said to work with “all industry-standard software.” Having to learn entirely new programs raises the barrier to entry significantly. So if Dell’s claim is true, it’ll definitely ease the friction of schools looking to integrate them into lesson plans.

Whether or not the Dell 75 4K Interactive Touch Monitor will fare like its predecessors is still something that remains to be seen. It certainly looks promising, and if Dell can deliver, it might just be a hit for teachers. For students though, I’m sure all it’ll take is one look at Bill Nye in glorious 4K.