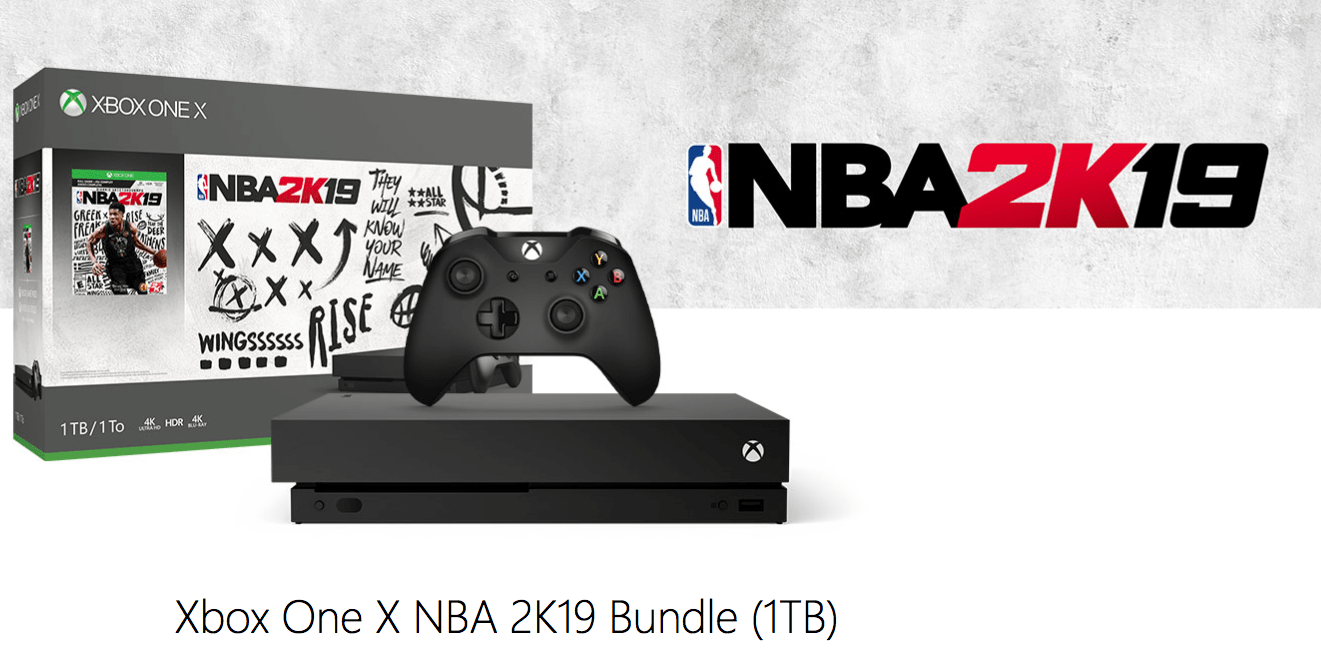 Trusted games dealer AntOnline via eBay Daily Deals is offering the Xbox One X 1TB NBA 2K19 Bundle with an extra Microsoft Wireless Controller for $379.99 shipped. Regularly $500 for just the bundle, the extra controller adds another $50 or so of value to the lot. While this bundle (without the extra controller) is on sale for $449 direct from Microsoft, Amazon sellers have it at $410 and Walmart is down at $390. Either way, the eBay deal is the best value right now. While this a perfect chance to jump up to 4K gaming, we also have a great offer on the Xbox One S down below as well.

AntOnline via eBay Daily Deals is also offering the . Regularly $300, this is one of the best prices we have tracked on Xbox One S in a while and it’s perfect for a spare room or the lake house.

Speaking of Xbox, we also have some fantastic deals on Live Gold today as well as gift cards and more in today’s roundup.

NBA 2K19 celebrates 20 years of redefining sports gaming: start your MyCAREER, make a name for yourself, and explore your open-world “Neighborhood.” Take on the best in the world on Xbox Live, the fastest, most reliable gaming network. Microsoft Xbox One X features 4K Ultra HD Blu-ray, 4K video streaming, and premium audio, and the included 1 month Xbox Game Pass trial gives you instant access to over 100 games.

from $187
You’re reading 9to5Toys — experts digging up all the latest technology and lifestyle deals, day after day. Be sure to check out our homepage for all the latest news, and follow 9to5Toys on Twitter, Facebook, and LinkedIn to stay in the loop. Don’t know where to start? Check out the best Apple deals, our daily podcast, and subscribe to our YouTube channel