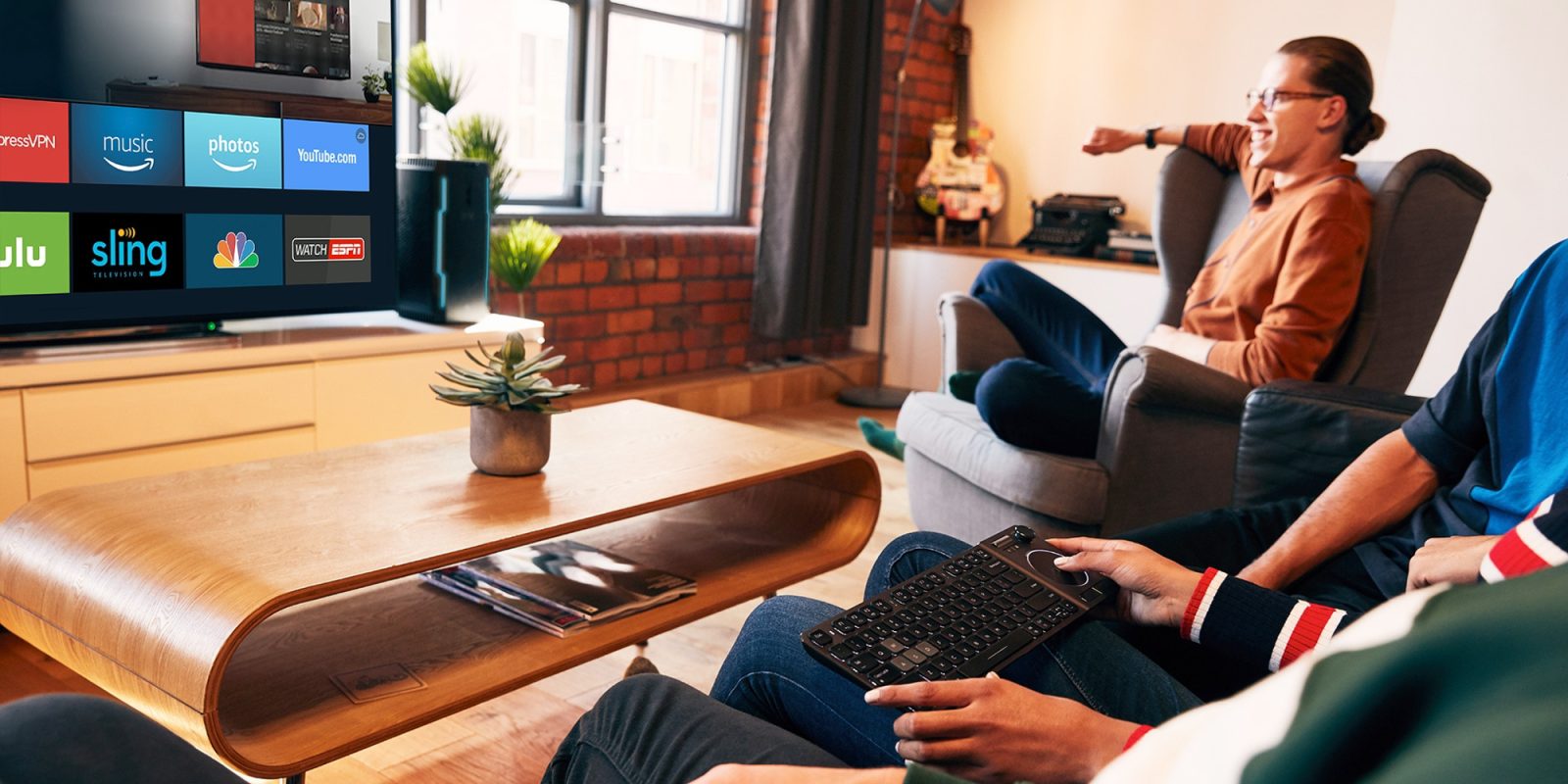 Corsair is well-known for its computer peripherals which cater to a more hardcore demographic of PC gamers. Today the company has announced an all-new keyboard which brings several premium features to the playing field in a couch-friendly design. Headlined by a built-in trackpad, shoulder bumpers and a joystick, the new Corsair K83 Wireless Keyboard looks to combine the best of both worlds from PC and console gaming. Head below for all of the details.

Corsair is no stranger to branching out from its bread and butter of typical gaming accessories. The previously-released K63 Keyboard gave gamers a way to enjoy titles on the big screen without ditching their precision mice and keyboards. But the K83 Keyboard offers a different approach, one which Corsair hopes will appeal to more causal gamers and smart TV owners.

For the company’s latest, Corsair has foregone many of the features its gaming accessories usual have. In place of the usual mechanical key switches, you’ll find low-profile membrane scissor switches. The K83 Keyboard differs from other Corsair releases in another way as well. Absent from its latest is RBG lighting, a cornerstone of many gamer-focused accessories. It does feature standard backlighting and is said to get up to 40 hours of use on single charge. 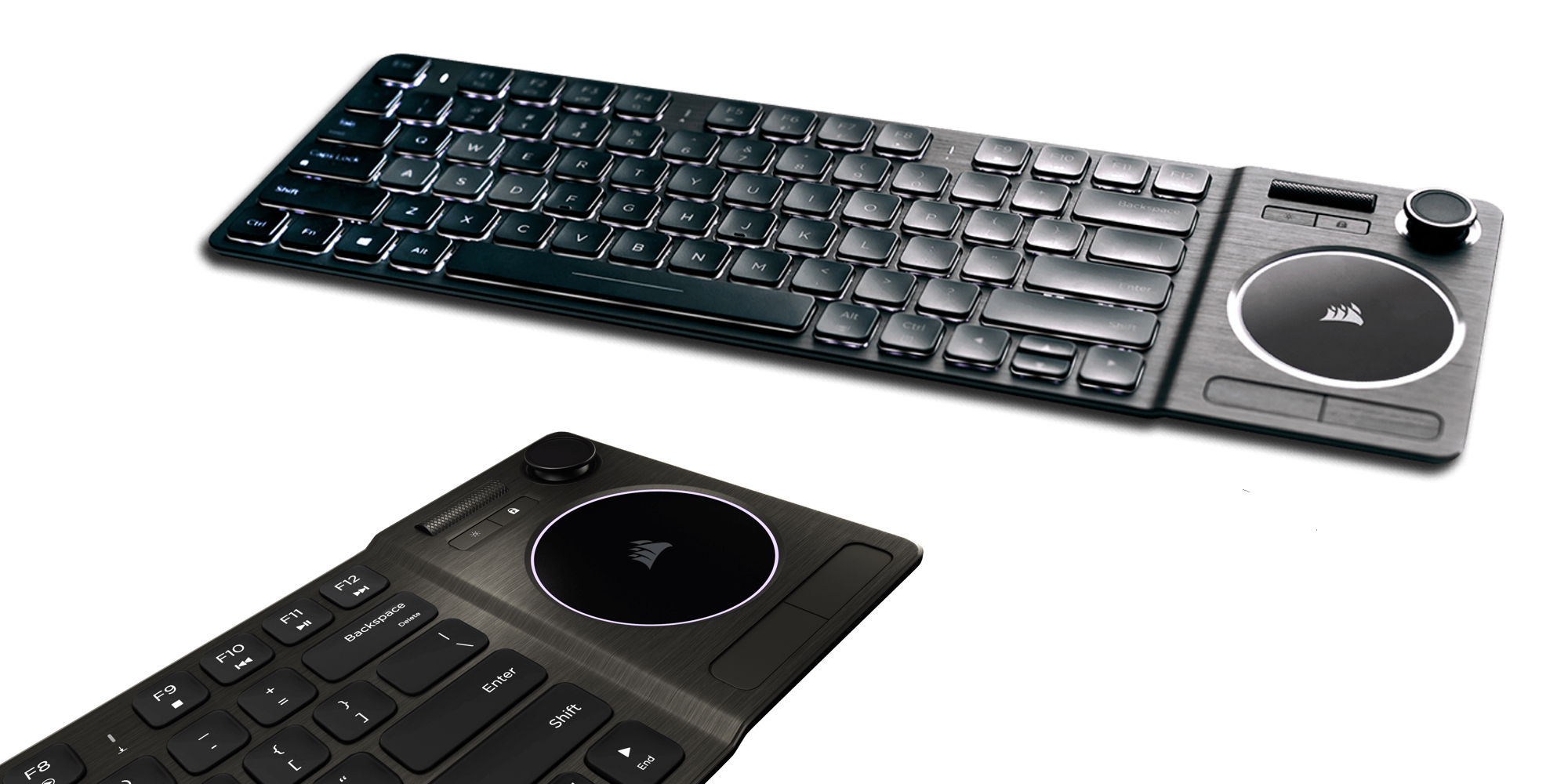 Corsair hasn’t stopped there when it comes to mixing things up with its new K83 Keyboard. Most notably, you’ll find a circular trackpad on the righthand side which boasts gesture support. Right above it, there’s also a joystick for more precise interactions. Lastly, the K83 Keyboard features a shoulder bumper buttons much like you’d find on PS4 or Xbox One controller. All three of these inclusions allow the K83 to bridge the gap between your average gaming keyboard and console gamepad.

You’ll also be able to choose between a Bluetooth connection as well as 2.4GHz wireless thanks to an included dongle. Bluetooth is sure to be the more popular option of the two. Though, the latter is Corsair’s way of appeasing more hardcore gamers who crave low-latency connectivity.

Corsair’s new K83 Keyboard is currently available for purchase. You’ll find it at retailers like Amazon and Best Buy for $109.99. 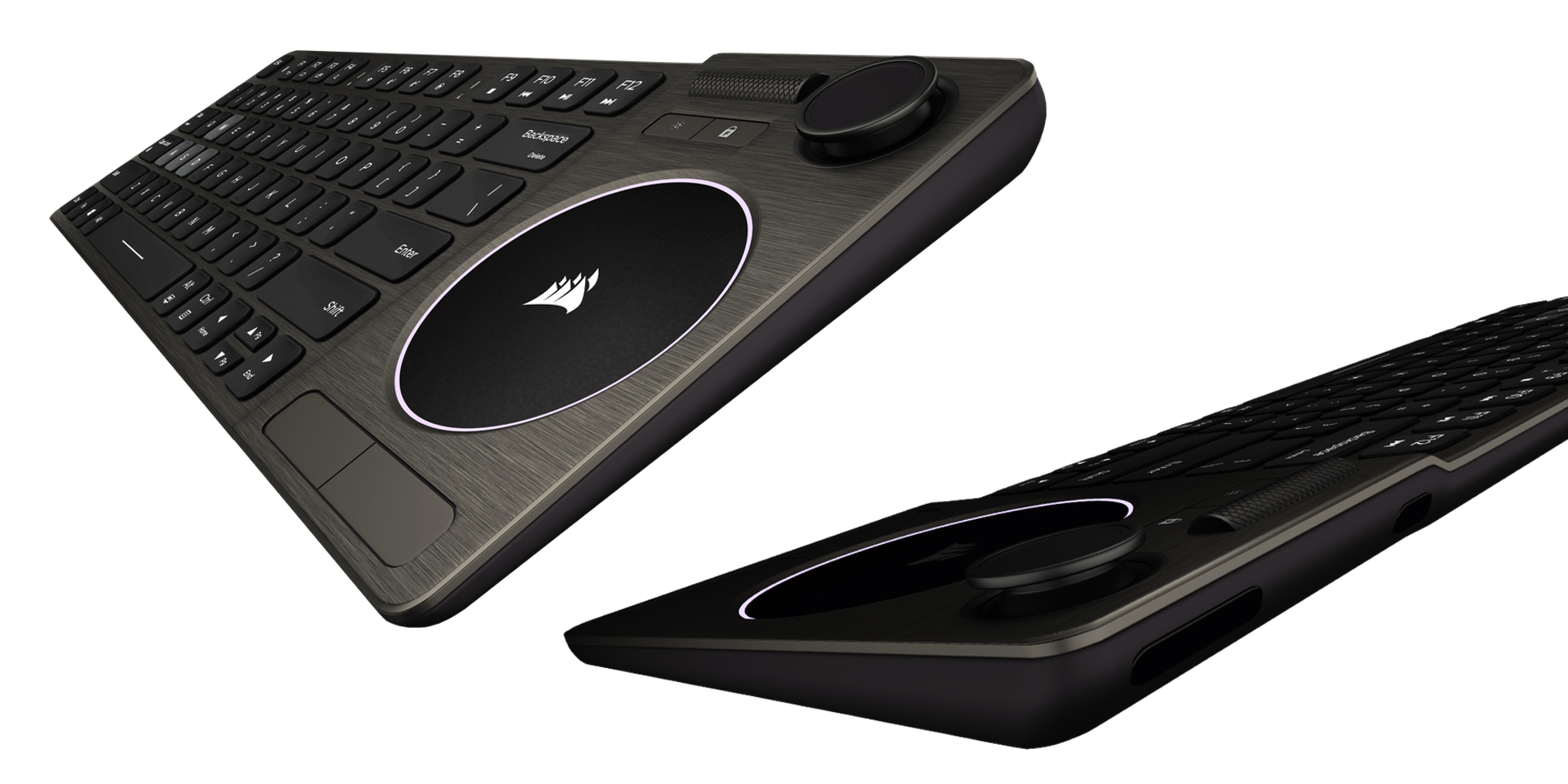 This is really one of those products that you’ll have to get your hands-on to see how it fairs when actually put to the test. The shoulder bumper and joystick offer a unique take on a living room-focused keyboard. Hybrid gaming keyboards like this really haven’t been attempted in the past before. That could mean that the demand just isn’t there. Or Corsair could be onto something that other gaming accessory manufacturers haven’t been clued in on yet.

The K83 Keyboard isn’t an entirely new concept pioneered by Corsair. In the recent past we’ve seen other options from companies like Logitech which aim to tackle a similar proposition. Fitting in nicely with the rest of Corsair’s lineup, the K83 is more expensive than other non-gaming computer peripherals. It’s $40 more than Logitech’s K600. But that increased price tag does come with added perks, with many of the Corsair K83’s standout features missing on the competition’s alternative.