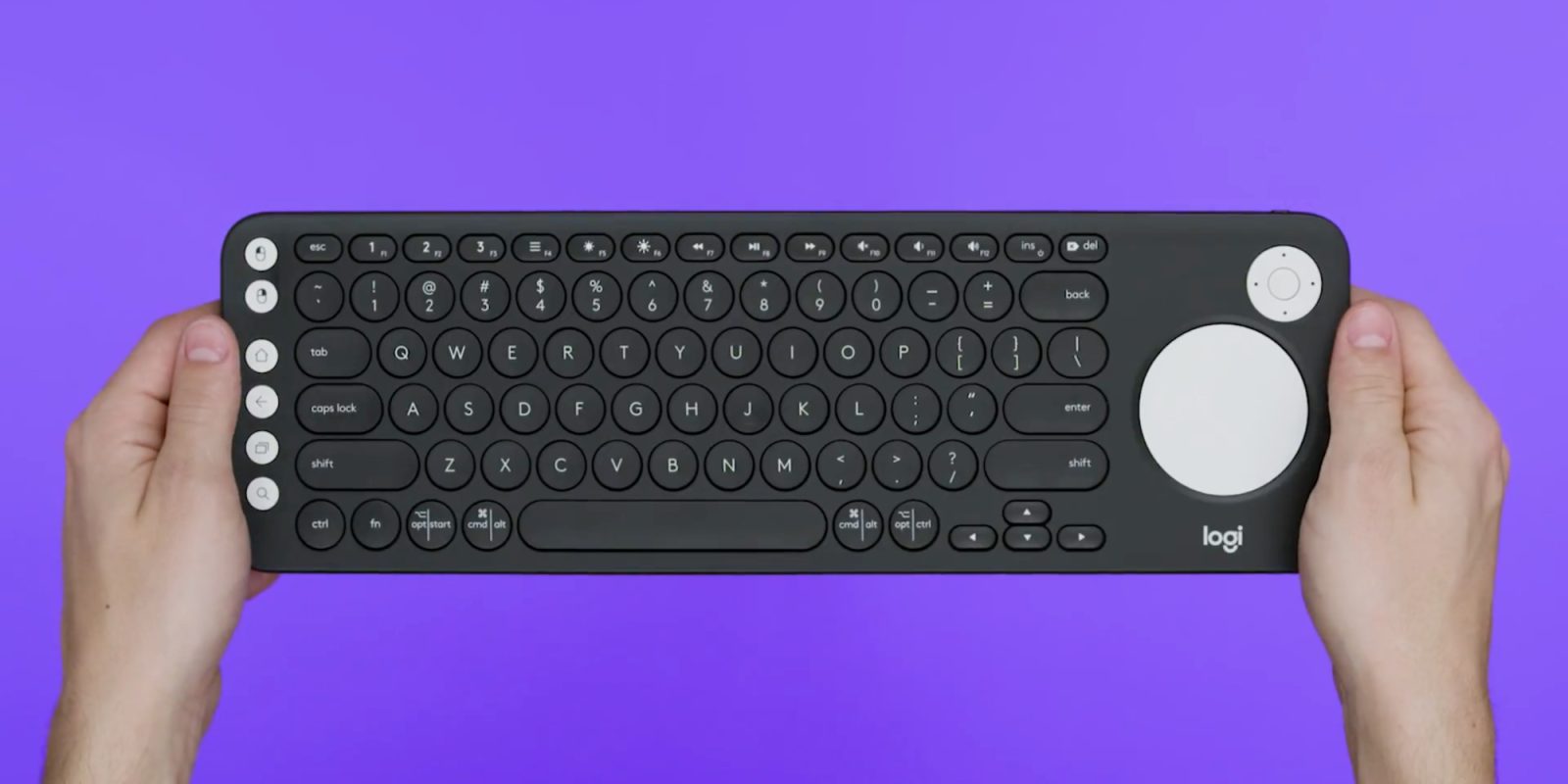 Ever since consumers began cutting the cord, companies have been scrambling to come up with all kinds of devices that make it simple to stream content on your TV. Roku is one of the most popular, offering a range of devices like its Express, Streaming Stick, Ultra, and more recently TVs with Roku built-in. Building TVs with smart technology is something that is not new though, considering that companies like Samsung, Sony, and LG have been doing it for quite some time. These companies typically use their own proprietary software which can quite often lead to a frustrating user experience due to a lack of polish that makes navigation feel far from simple. With Logitech’s upcoming K600 TV Keyboard, the company aims to provide consumers with a better user experience.

In the early days of cord-cutting, lots of tech-savvy consumers were opting to plug a Mac mini into their television and use that to stream whatever they wanted. At the time this seemed like a great solution since we lived in a world without apps for set-top boxes and a la carte subscription packages.

While many smart TV manufacturers have pushed to get apps onto their platforms, it was not until the release of the 4th generation Apple TV that there was enough of a shift in the market to push companies and TV networks to increase the quality of existing apps, or to start from scratch with all-new offerings.

With this change only taking place recently, many consumers are still left with the smart TVs they own and may not want to purchase a new set-top box. This is where the Logitech K600 TV Keyboard comes in.

With a full-QWERTY keyboard, touchpad, and ‘point-by-point precision of the D-Pad’, the Logitech K600 sets out to give these consumers an alternative way to get around their existing TVs interface.

One of the first things you will likely notice about Logitech’s K600 Keyboard is that it has all the keys that you would typically use on a Mac or PC. This makes it not only a great option for smart TVs, but also a great offering for those folks who prefer to use a full-blown computer on their TV.

The function keys along the top have built-in media controls that give users quick access to the playback controls that they need the most like play, pause, fast-forward, and rewind. Like some of Logitech’s other keyboards, the K600 has the capability of pairing with multiple devices like PCs, Macs, tablets, and smartphones. Thanks to this ability, users are able to switch between their devices with ‘the touch of a button’

The K600 TV Keyboard is available for pre-order now on Logitech’s website and is priced at $69.99. According to Logitech, customers can expect pre-orders to begin shipping in October.