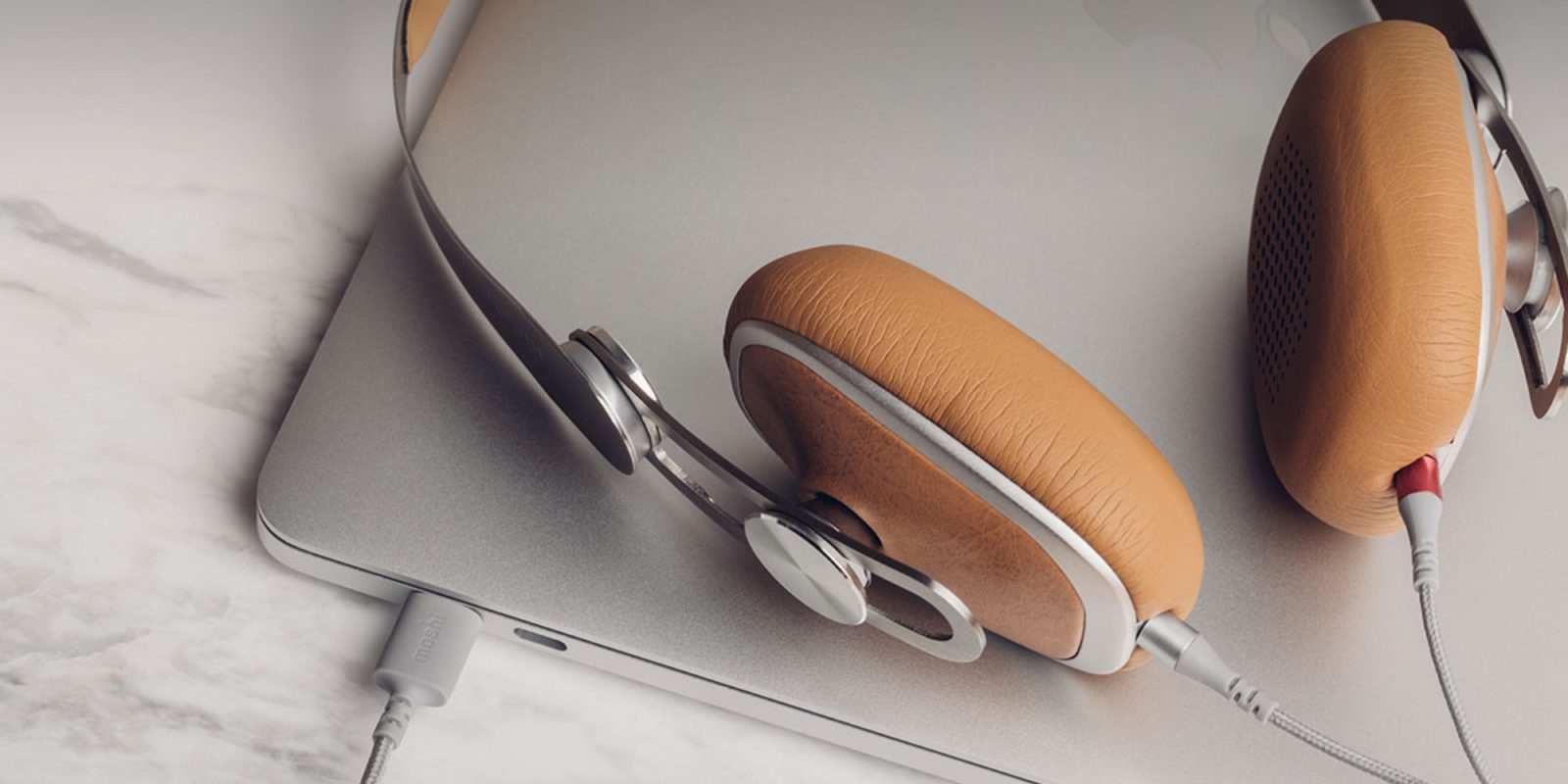 It’s not often, but there certainly are times, when I miss the simplicity and reliability of plugging into a physical headphone port. While most would agree that the benefits of wireless headphones easily outweigh their drawbacks, there are times when wired connections can be preferable. Moshi now has a forward-thinking solution for when those times occur.

With the release of Moshi Avanti C, the company has a new pair of wired on-ear headphones that embrace a USB Type C future. By focusing less on USB-C in addition to 3.5mm, Moshi Avanti C achieves wider compatibility for newer devices.

When announcing Avanti C, Moshi called out several reasons why its latest headset is relevant. First and foremost is improved sound quality. The company achieved this through a built-in DAC that supports high-resolution audio (24-bit/96 kHz).

Even though Moshi Avanti C are on-ear instead of over-ear headphones, the company touts that users can expect great noise isolation and full audio thanks to the 40mm neodymium drivers housed inside.

“Wireless audio solutions will remain popular, but true aficionados will continue using wired headsets since there’s no bandwidth limitation or charging required,” said Spencer Pangborn, Director of Product Marketing at Moshi. “USB-C audio also offers superior sound quality because the analog cable runs are shorter thanks to the digital-to-analog converter (DAC) being located near the drivers.”

With a price tag of $199.95, Moshi Avanti C is not targeted at just anyone. This new headset is made for folks willing to trade wireless connectivity for a DAC that provides improved audio quality and a wired USB-C connection which removes the need to keep yet another device powered up and ready to go.

The Moshi Avanti C headset is available for order today but is limited to the Onyx Black color-way. The company is planning to launch Burgundy Red and Caramel Beige variants, but an anticipated release date has not been offered. Customers interested in the new colors can sign up to be notified when they become available.

Since going all-in on wireless headphones, I have been fairly content. A major caveat I ran into has been when using devices which are finicky about Bluetooth headphone support. To remedy this problem, I grabbed Twelve South’s AirFly a couple months back. With the ability to plug bring Bluetooth connectivity to legacy devices, I’ve significantly reduced the number of frustrations that I used to run into.

That being said, I’m not extremely picky about audio quality or latency issues created by wireless tech. If you are, Moshi Avanti C are likely to be a solid option for folks looking to embrace the latest wired technology.

Moshi isn’t the only company churning out USB-C headphones with a built-in DAC. Have a look on our coverage of SoundMAGIC’s recent release to see some of what Avanti C is competing with.