After kicking E3 to the curb, PlayStation announces a recurring news event called State of Play 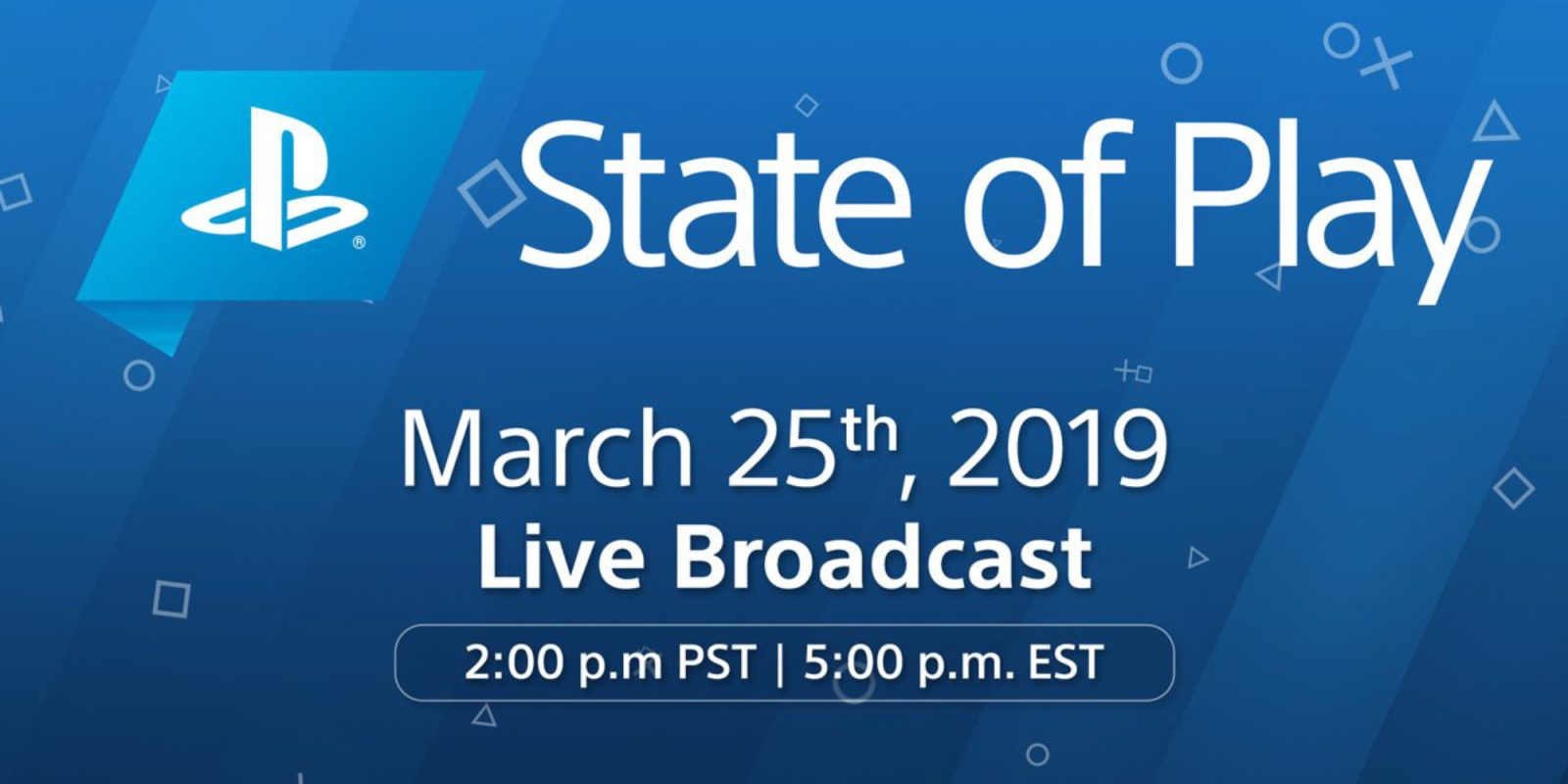 Earlier today Sid Shuman, the Director of Social Media at PlayStation, announced that the console manufacturer would begin hosting a recurring news event called State of Play. As you may expect, the event will cover updates revolving around PlayStation 4 and PS VR including new game trailers, announcements, and more.

Considering that PlayStation pulled out of E3, it is exciting to see that the company plans to return to the stage not just once, but in a recurring manner. Now that Nintendo has Direct and Microsoft has Inside Xbox, the announcement of PlayStation’s State of Play is certain to be welcomed by its fans.

When is the first event?

PlayStation is not wasting any time here with its first State of Play officially beginning on March 25th, 2019 at 5pm EST. The company will stream its new event live with on-demand video being posted shortly thereafter. There’s no official word regarding the duration of these events, but an hour or two seems about right.

What types of games could be announced?

Since PlayStation pulled out of E3, there’s potential for the console’s biggest titles to be shown off at State of Play events. At E3 2018 PlayStation announced the follow-up to Naughty Dog’s Last of Us, which is a sequel that gamers will have high expectations for considering that its predecessor received such high acclaim.

Truth be told, PlayStation has not provided many details on what should be expected. Instead it gave a somewhat broad description that could vary from small titles to the biggest and best that Sony has to offer.

“State of Play will give you updates and announcements from the world of PlayStation. Our first episode will showcase upcoming PS4 and PS VR software, including new trailers, new game announcements and new gameplay footage.”

How excited should I be?

Any avid gamer should be excited to see one of the best console manufacturers show off new content. Outside of Switch sales currently outpacing PlayStation 4, Sony’s console is arguably at the favorite console for a large majority of consumers.

This can be attributed to solid exclusive titles, a proven track record of excellence in the current console generation, and in my opinion, the best game controller ever made. When taking all of this into consideration, it is totally fine to get yourself pumped up for what the company has planned next.

Where can I watch the event?

The first State of Play will be streamed on Twitch, YouTube, Twitter or Facebook beginning on March 25th, 2019 at 5pm EST. If you’ll be busy then there’s no need to fret as it will be available to stream on demand shortly after it airs.