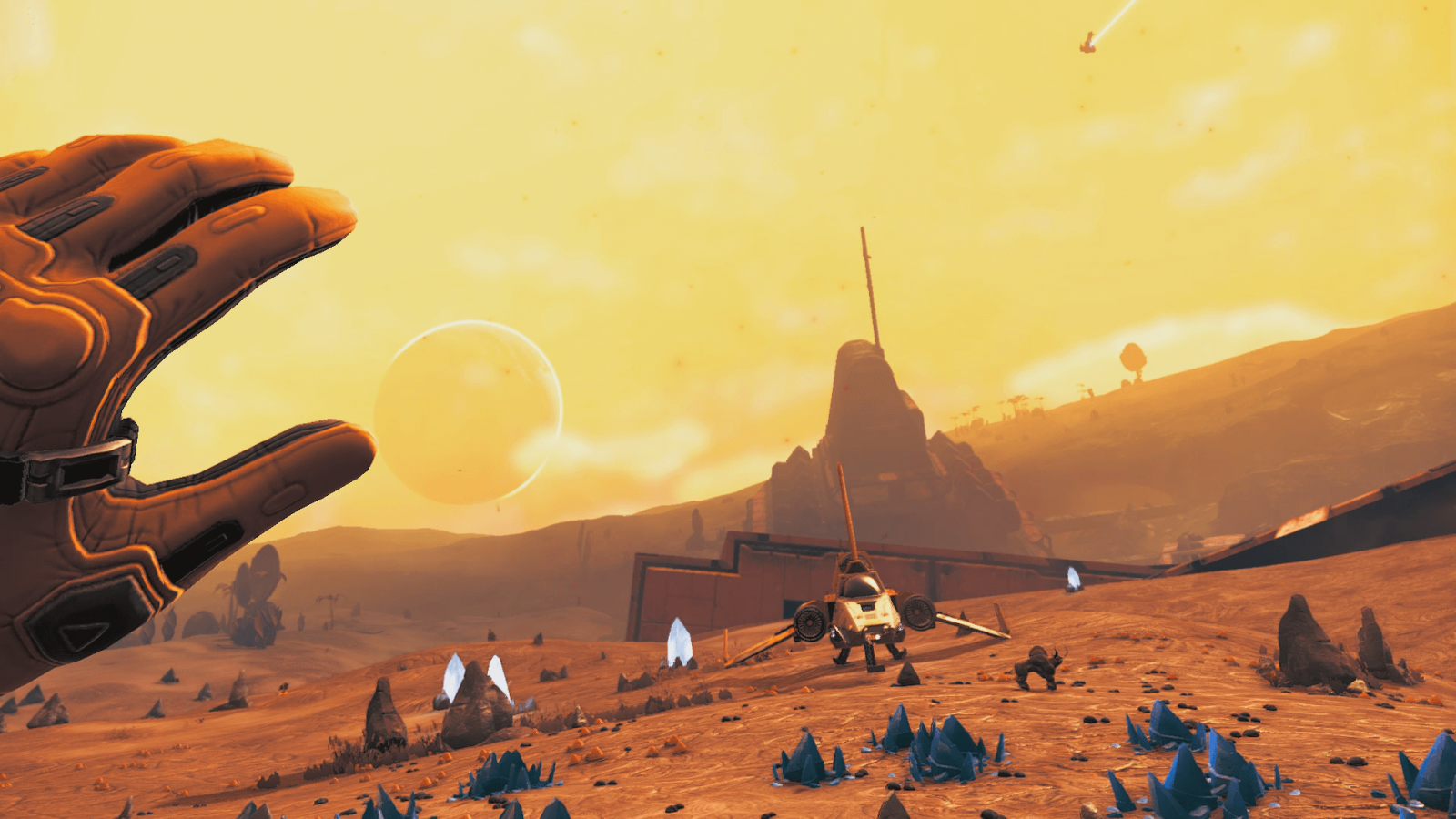 Though No Man’s Sky started a few years ago with much criticism, the game’s latest updates have offered quite an enjoyable experience. I was among the original pre-order customers and have loved what Sean Murray and the team at Hello Games have been bringing to the table. Earlier this month, Hello Games announced No Man’s Sky Beyond, and today there’s a new update to that which brings virtual reality into the mix.

This virtual reality update will allow it to be enjoyed on just about every VR headset from Playstation to Vive through either PS VR or Steam VR. There’s an additional exclusive physical edition for PlayStation shoppers, but the update itself will be free to all who already own the game.

No Man’s Sky Beyond Virtual Reality

If you’ve never played the game before, let me set the scene. You’re a lone space explorer, stranded on a never-before-visited planet. Your space suit needs to be repaired, the ship won’t fly, and you’re low on supplies. Now, you must do what’s required in order to not die and explore the galaxy, going from planet to planet, discovering new life, ores, and more in your quest to reach the center of the universe.

No Man’s Sky Beyond is a three-step update that begins this summer. Virtual reality is the second portion, with the first big change being No Man’s Sky Online. With the first update, you’ll get new multiplayer and social features, giving gamers more immersion into the universe.

The virtual reality portion of No Man’s Sky isn’t sectioned off from the rest of the game, thankfully. VR players will enjoy the same gaming universe with non-VR users, just in a different way. You’ll be able to look around you and walk through the world like never before thanks for your handy virtual reality headset. Gamers won’t even have to start a new game to play in virtual reality, you’ll just be able to pick up where you left off.

You won’t have to pay a dime to get No Man’s Sky in virtual reality. This is unlike other games like Skyrim VR or Fallout VR, which required separate purchases to enjoy their virtual reality experiences. The update is free to all existing players, though PlayStation 4 gamers can buy a separate special virtual reality game pack. The update is due out this summer, with no specific date released yet.

The third portion of the Beyond update is still unknown, and all we know is it will be “major.” Does virtual reality (and the true social online experience) pique your interest in No Man’s Sky again? I’ve got to say, it does make me want to pick the controller back up and dive back in. Let us know in the comments below what you think!