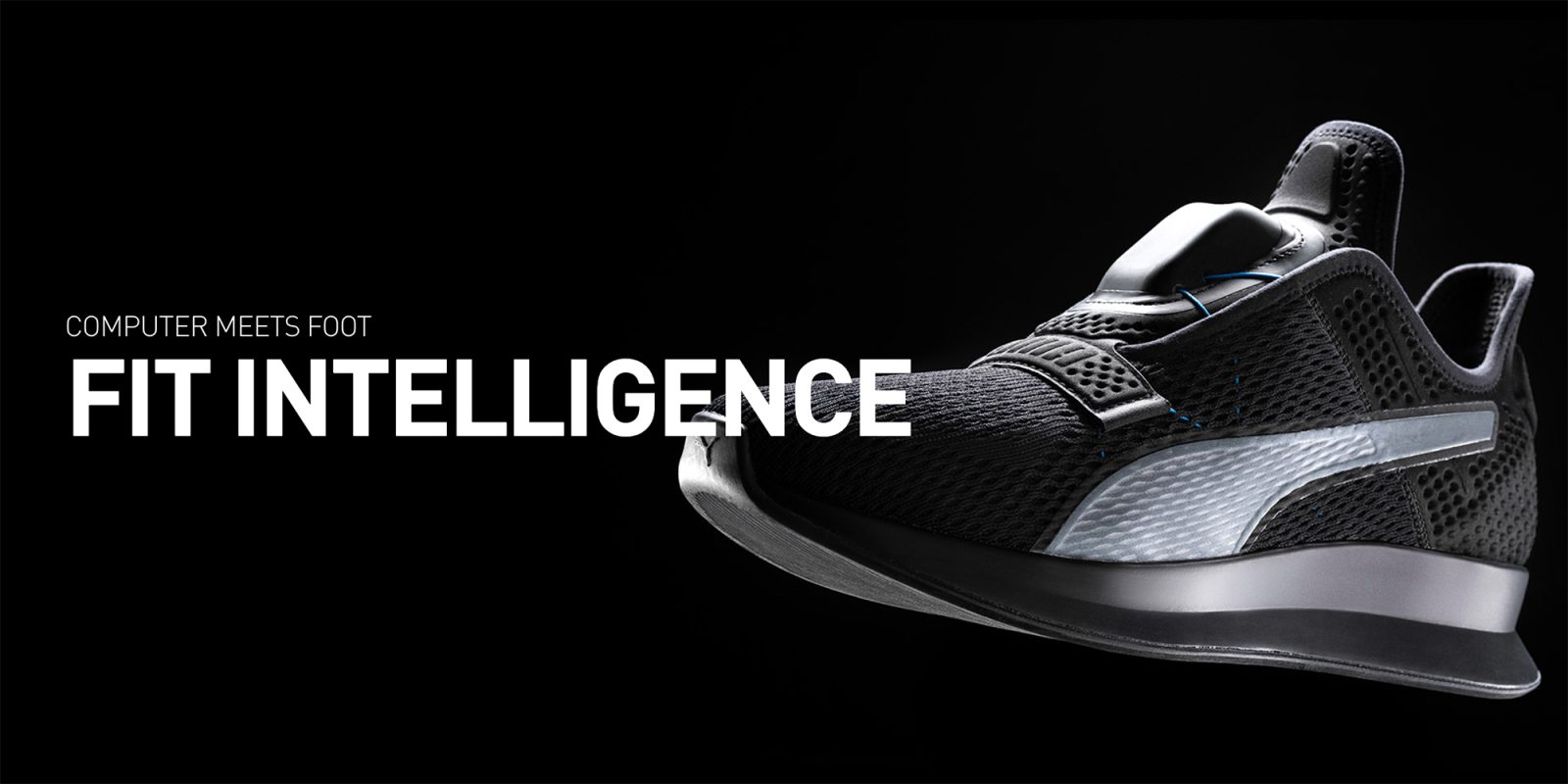 After first being announced back in January, Puma is now taking its project Fi or Fit Intelligence self-lacing shoes to the next level of production. Today, Puma released details on its planned beta program, which interested parties can now sign-up for. More details on that below. While Nike has stormed on to the scene with its own selection of self-lacing kicks, Puma is looking to catch up quickly with its first release in the spring of 2020. There will be a somewhat lengthy sign-up process for the Puma Fit Intelligence beta program, which includes an interview with the brand’s staff of designers. Interested? Hit the jump to find out how you can get early access.

How to sign-up for Puma Fit Intelligence beta program

Puma first revealed its Fit Intelligence shoes at the beginning of the year, looking to join the race of laceless footwear on the market. The brand points to its velcro-equipped runners from the late 1960s as the place where this dream originated. Over the years, the brand has worked to slowly build up its self-lacing technology culminating in January’s announcement. While the official launch date is still a year away (or further out), interested sneaker heads can now apply to be a part of the beta testing program.

You can sign-up online or direct within the PUMATRAC app, filling out the necessary information prior to an interview with a team of PUMA designers. Only semi-finalists will move into the interview round. Details are unclear on how that group will be selected at this time. Members of the Puma Fit Intelligence beta program will then be asked to give “feedback on the usability, design, engineering and wearability of the shoes via an online survey during and after the testing period.” And yes, you get to keep the shoes.

You can learn more about the Puma Fit Intelligence beta program on this landing page. Expect for the brand to quickly narrow down the pool of applicants in the coming weeks, so sign-up if you’re at all interested.

Having a beta program is probably a good idea for Puma and a chance to work out any kinks. That said, Nike is so far out in front of them with its ever-expanding lineup of self-lacing shoes. By the time spring 2020 rolls around, that lead will increase even further.

If you are one of the lucky few to get selected for the Puma Fit Intelligence beta program, it will still be a fun chance to be a part of the brand’s history. Sadly, I can already see most of these shoes going to influencers and the like instead of everyday people.