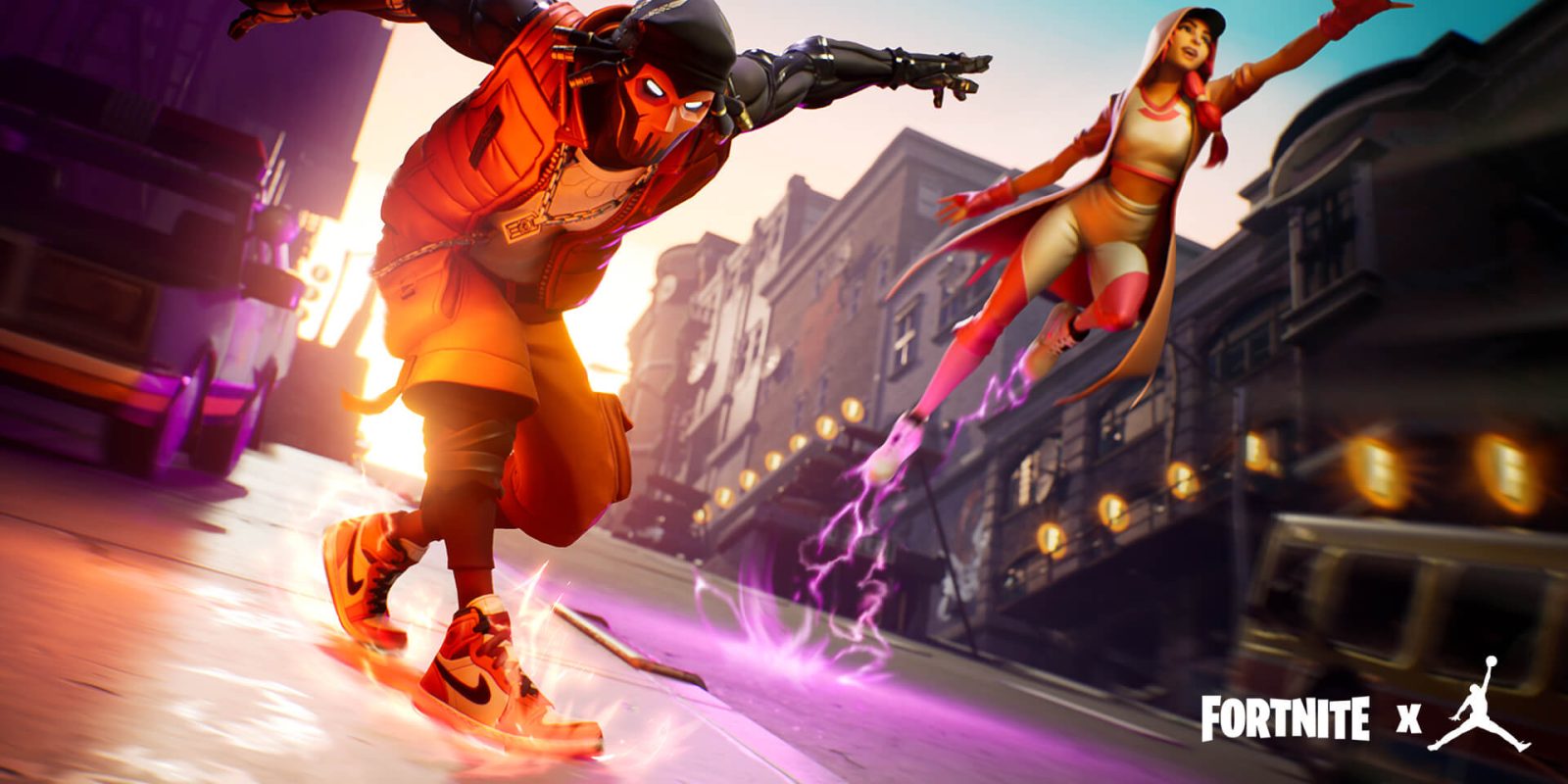 Fortnite has been cashing in on its popularity with a wide range of collaborations over the last year. From NERF to Monopoly, and many more, you can find the popular Battle Royale game just about anywhere. The latest comes from Jordan Brand, allowing gamers to strap up with the newest shoes from this iconic line. Fortnite’s teaser trailer, which you can see below, shows off characters flying around various locations in Air Jordan 1s. Whether you’re a sneakerhead or just love to game, there’s no denying that the Fortnite x Jumpman collab is one for the ages. Head below for more details and to learn how you can snag these iconic kicks in the game.

Fortnite X Jumpman: How to find the Downtown Drop

Instead of placing Jordan sneakers around its Battle Royale mode, Fortnite is introducing a new Creative “Downtown Drop” world where players have to complete various tasks to collect coins. That currency is then used to unlock various Jordan shoes.

Players have to cruise around Downtown Drop and collect coins by launching off various jumps and grinding around the city. At this time, Fortnite is labeling this collaboration in tandem with the NBA finals, which start next week. But that’s not to say it will be going away any time soon or will be left out of Battle Royale gameplay. In fact, we’re expecting to see fresh kicks pop-up in various modes in due time.

Best of all? Anything collected in the Downtown Drop is free to gamers. However, vBucks can be used to purchase other Jordan Brand outfits from the store. You didn’t think this would all be free, right?

Take it downtown and let your skills do the talking. Show off your moves in the Brooklyn inspired, Downtown Drop LTM by Jumpman featuring Creative artists NotNellaf & Tollmolia. Launch off massive jumps, grind down city streets and collect coins to win!

Fortnite has had its fair share of collaborations. But for me, this takes the cake. I grew up in the Jordan era of NBA basketball, so this is certainly right up my alley. Seeing my character cruise around battles in a pair of Jordan 1s is going to be pretty sweet.

Even better? It’s free to get started. In a world littered with in-app purchases, it sure is nice to see Fortnite introducing a new perk that isn’t completely built around vBucks. Hopefully, we’ll see more of this in the future as well.