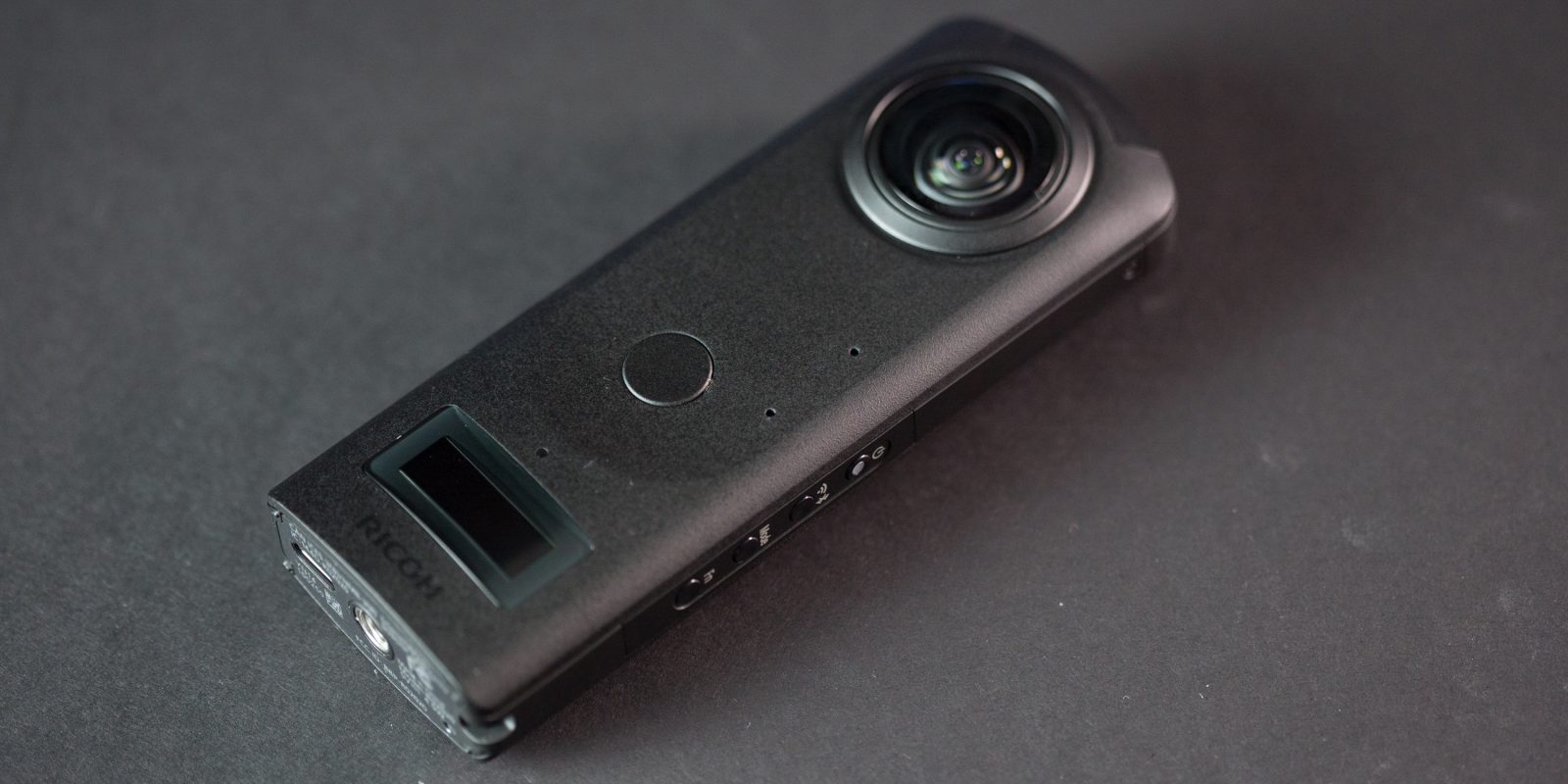 Growing in popularity, 360-degree cameras give the user an extremely unique way of capturing a scene or environment. When stitched together, images can look otherworldly – surreal and abstract – or interactive. Ricoh isn’t new to the game, but the top of the line THETA Z1 is. Coming in at $999.95, the Z1 is the most expensive 360 camera Ricoh has offered as of yet with some high-end features. 1-inch sensors and RAW photos set it apart from previous models and appeal to photographers who want more control over their image. Check out the video below for more.

With so many more affordable 360 cameras on the market today like the $400 GoPro Fusion or Ricoh’s next in line THETA V available for $375, why the high price on the THETA Z1? Well, it appears that Ricoh wanted to expand what small portable 360 cameras are capable of in an easy-to-use form factor.

First impressions out of the box are that the Z1 feels solidly built. The shell is made of magnesium alloy while a rough finish gives it a grippy feel like it won’t slip out of your hand easily. Also inside the box are a manual, soft carrying case and a USB-A to USB-C cable. 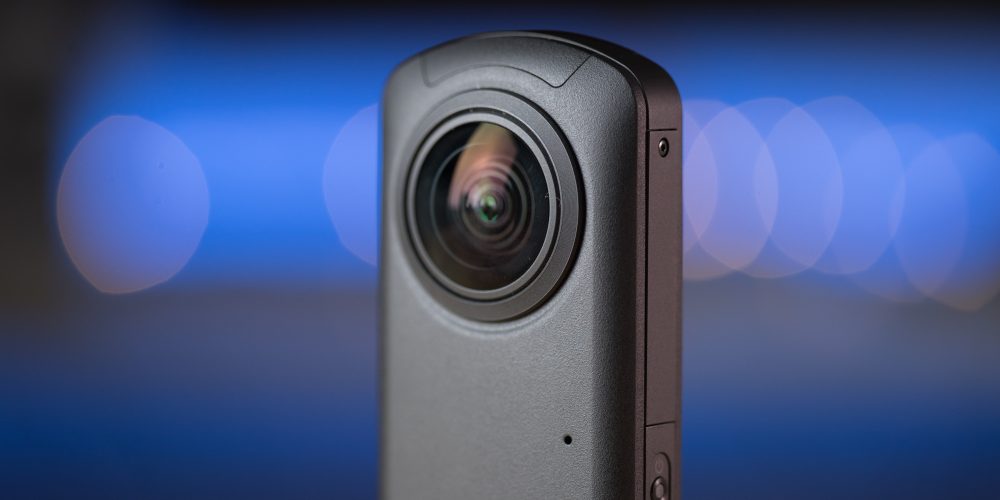 Ricoh’s design of the THETA Z1 with the lens near the top makes it very ergonomic and easy to hold. All of the buttons are clearly labeled and easy to find if using the camera one-handed.

Because of it’s small form-factor and minimalist design, the THETA Z1 is very easy to get up and going. Power button is on the side, and the screen lets you know what your current settings are for shooting. For full control, a smartphone is required to connect via wifi. Once connected, the THETA app opens up options for manual control of the Z1.

At the top-of-the-line in Ricoh’s THETA series, the Z1 sports a lot of features not found on Ricoh’s other, more affordable 360 cameras. This makes it more appealing to the shooter who wants manual control of their camera to dial in exposure with a higher-quality image that is easier to process in post production.

A big differentiator from the THETA V or other 360 models from Ricoh are the dual 1-inch CMOS sensors which should give the Z1 better image quality, dynamic range and less noise in low light. 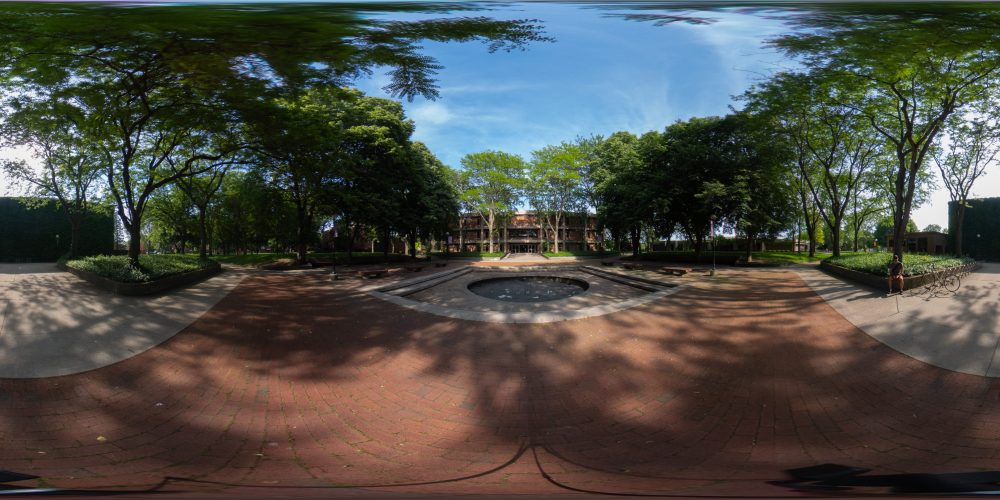 Along with a new sensor, the Z1 can capture in RAW (DNG), JPEG, or both at the same time. Raw resolution is 7296 x 3648 and JPEG is 6720 x 3360. JPEG files can be transferred to a smartphone for viewing and sharing, but the Raw files must be sent to a computer first.

Shooting in RAW opens up a lot of possibility for post production. When capturing an entire 360 image you are probably going to have some parts of the frame that are under or over exposed. With the extra data in RAW images, there is a much better chance at bringing some detail back within a photo editing app. 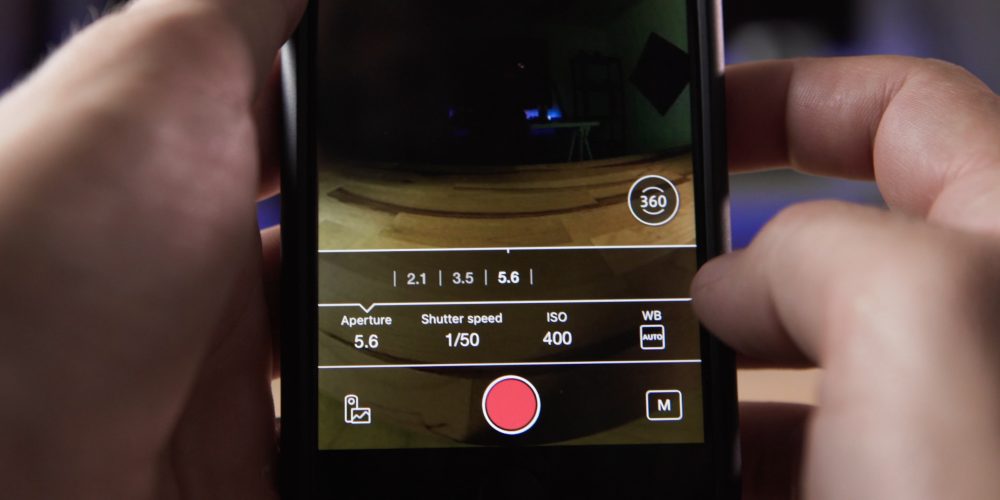 In another first for the Theta line, the Z1 has three selectable apertures: f/2.1, 3.5, 5.6. This, along with shutter speeds from 1/25000 to 60 seconds and manual control when connected to a smartphone, allows the exposure to be dialed to the environment.

One area for improvement in my opinion is the 19GB of internal memory. This seems pretty limiting and with the low price of SD cards these days, why not allow the use of cards? With the on-board memory, the Z1 can capture about 350 RAW photos or 40 minutes total of video.

The Z1 can also be used for live streaming 360-degree video. 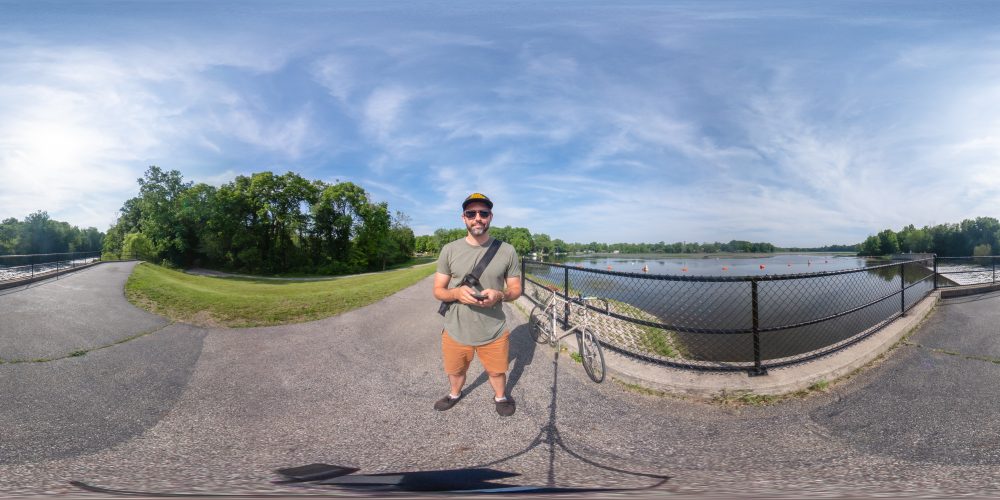 I did a long ride on my motorcycle with the THETA Z1 attached to a selfie stick and it handled most of the road pretty well. There were some bumpy parts of the ride that resulting in an almost nauseating video, but I was going 50mph on country roads with the camera mounted to a less than sturdy selfie stick – so overall I was impressed.

The Ricoh App displays a preview of what the camera can see and is a quicker way to view and change settings. Here, you can select from multiple auto exposure modes or go full manual to completely control the exposure. 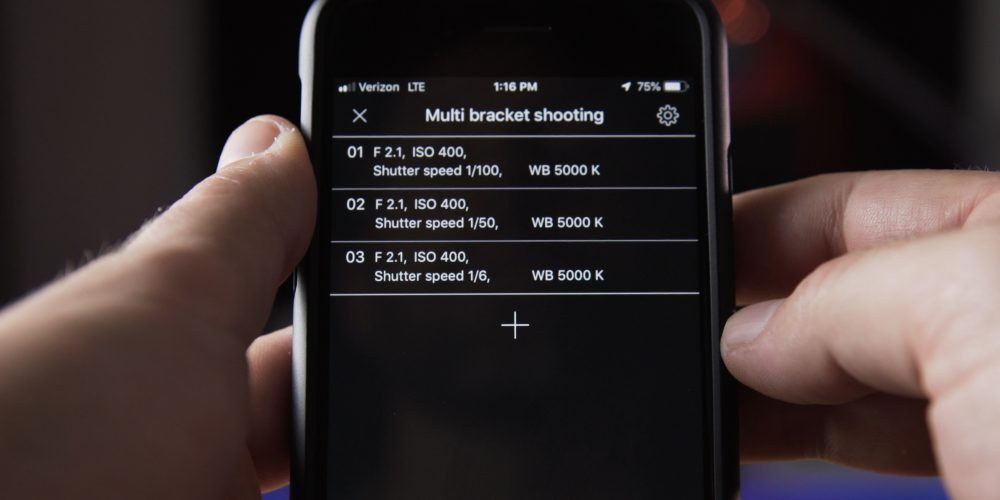 In Multi Bracketing mode, multiple exposures can be stacked and captured with the push of a button. This makes it quick and easy to capture multiple images that can be combined later in post to create a HDR or HDRI image.

There is a lot of functionality built directly from the mobile app, but if you want to edit RAW photos, you’ll have to use desktop programs to do so. Ricoh has apps for both Windows and Mac to easily download and stitch images together as well as plugins for Lightroom and Photoshop. GoPro has some great free plugins available to use with Premiere Pro to create tiny planet type video effects.

Most of what I’ve tested has been video and I’ve been pretty impressed with what the app automatically stitched together. When the sun was shining directly into one of the sides you could see a bit of a difference in color between the two lenses, but it wasn’t as bad as I expected it to be.

Overall, the Z1 is the top of the line in the THETA series and offers a lot of features not found on the more affordable THETA cameras. These features make it a great 360 camera for those looking to push what this type of image is capable of.