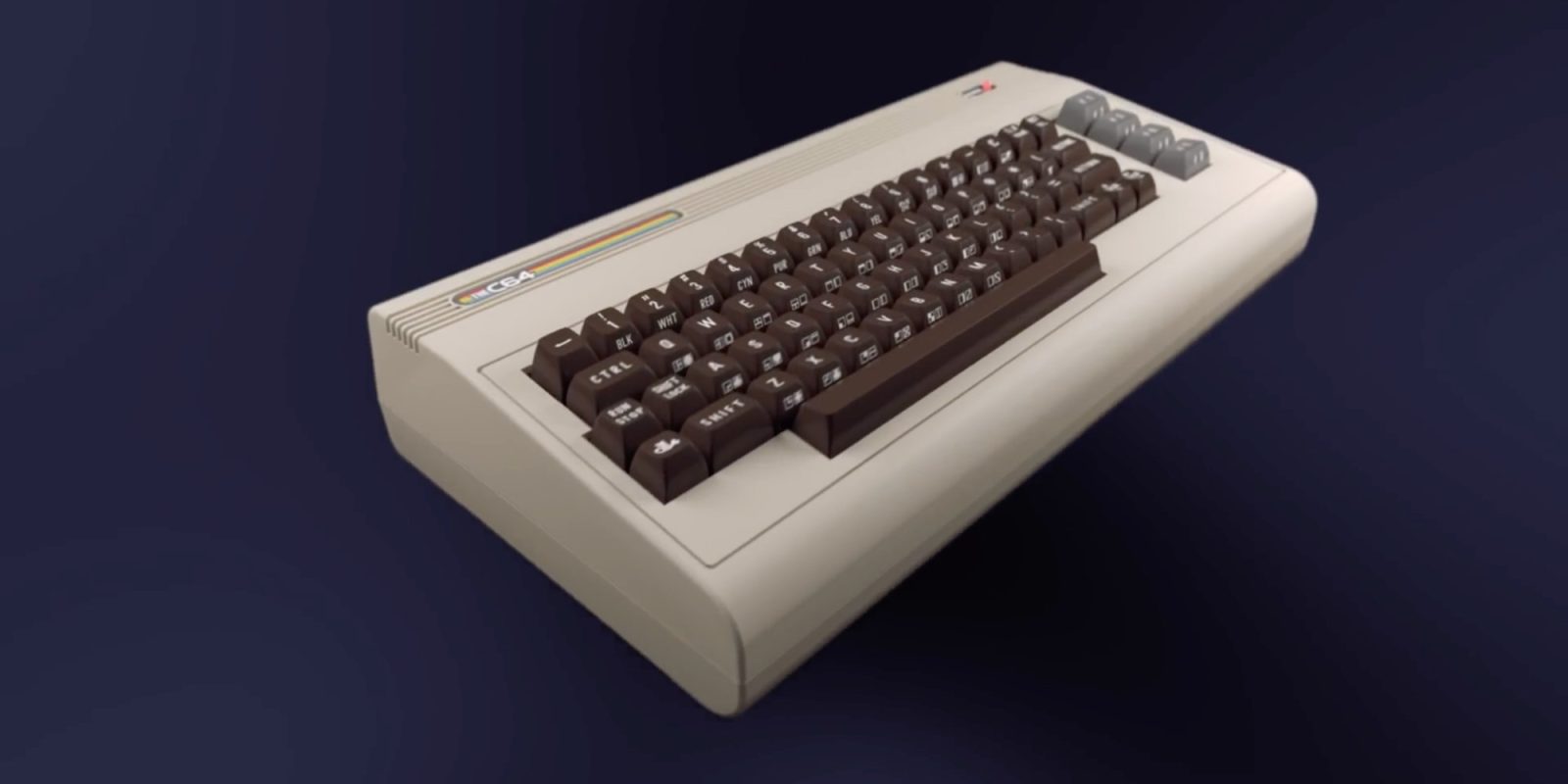 Less than one year after the release of the C64 Mini, Retro Games has unveiled a larger version of the iconic 80’s home computer. Equipped with 64 classic games, THEC64 is similar in many ways to its smaller sibling, but does sport some differences that help justify its existence.

One of the clearest differentiators of the new C64 is a size that is true to the original Commodore 64. Additionally, it features a fully-functional keyboard, an attribute that the smaller form-factor could apparently not afford. These two features alone bring it much closer to being a replica of the Commodore 64 than the C64 Mini could ever be.

Not only does Retro Games’ THEC64 sport a fully functional keyboard, it also comes with an updated micro switch classic joystick. It has two additional USB ports, when compared to the C64 Mini and connects to TVs via HDMI. The computer can be booted in three different ways including C64 BASIC, VIC20 BASIC or the Games Carousel which has 64 titles, just like the C64 Mini. Owners are able to use one of the USB ports to upload their own files or games using a standard flash drive.

Retro Games released a fun video to show off THEC64. It starts out by showing a heap of old, unused computers before honing in on a Commodore 64. Electricity surges through the computer and brings it back to like as THEC64. As the video progresses it provides a glimpse of the new joystick, games carousel, keyboard, and many other fun features.

“We are delighted to be working with Koch Media once more to bring back even more of the most loved retro games ever on two of the most iconic home computers of all time, and which now has a full working keyboard”, said Paul Andrews, Retro Games’ Managing Director.

Retro Games has pegged December 5, 2019 as the official release date for THEC64. The company has providing a suggested retail price of £109.99/€119.99 (about $140), nearly quadrupling the cost customers can pay right now for the C64 Mini. When factoring in that the original Commodore 64 was priced at $595, the upcoming cost is quite a bit easier to justify.

While I have never used a Commodore 64, that life experience is completely unnecessary as I frequently feel nostalgic for a slew of games from my childhood. Sure, I’ve been able to satisfy these cravings by flashing a Raspberry Pi with RetroPie, but this effort is not for everyone as it can require a few hours of tinkering followed by navigating the murky water of ROMs.

Much like what we’ve seen from Nintendo and PlayStation, the C64 is meant for folks who want a fully-licensed system that comes in familiar packaging and just works. Many would argue the C64 Mini already achieves this, but Retro Games thinks differently and thankfully has delivered several notable differences that can help THEC64 stand on its own.