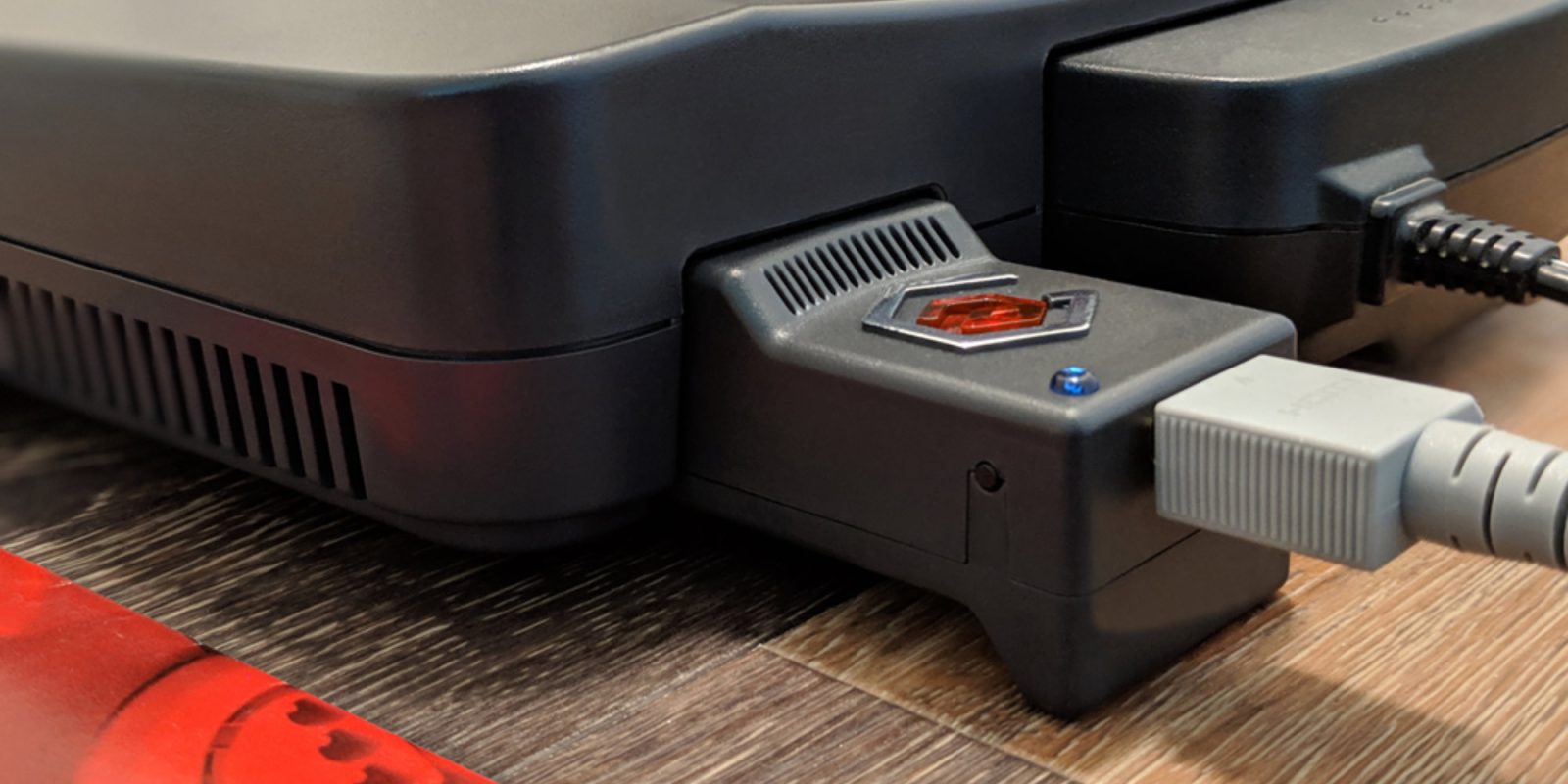 EON, makers of the GCHD (GameCube HDMI Adapter), are back at it again with a new attachment that breathes new life into the iconic Nintendo 64. Dubbed Super N64, the new adapter connects to Nintendo 64’s Multi-Out port and produces HDMI connectivity.

Not only does the new adapter modernize the Nintendo 64’s aging connectivity, it also is capable of smoothing out pixelated edges for a bit cleaner of a look. Even with said capabilities, Super N64 does not require an additional power source, providing an extremely simple way to get your N64 connected to a modern TV.

For those with a Nintendo 64 lying around collecting dust, it’s time to brush it off, test game cartridges, and plug in a controller   in preparation for Super N64. Despite its small form-factor, the upcoming Nintendo 64 adapter is a plug-and-play device that modernizes a two-decade old game console.

EON has touted a new “Slick Mode” that will ‘polish out those rough, jagged edges for a modern gaming experience’. The company provides a couple of comparison screenshots that do paint a clear picture of how much of a difference it makes. It doesn’t seem transformative at first glance, but once seen, I could see many happily leaving this feature turned on. 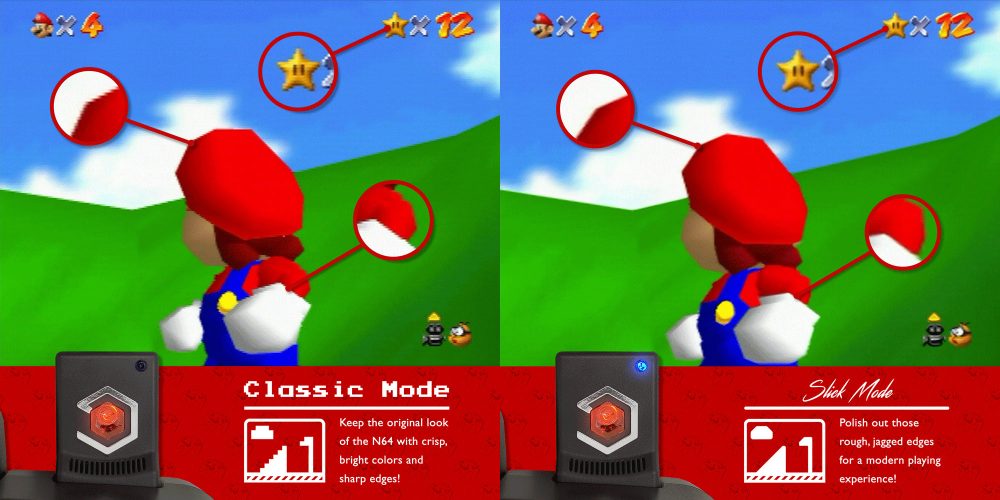 Super N64 retains the Nintendo 64’s 480p resolution with a zero lag experience over HDMI. It’s packaged in a box that resembles the iconic game console with controller ports, a power, and reset button that are all prominently displayed. It’s fully-compatible with all Nintendo 64 games and hardware, providing a truly consistent retro gaming experience.

EON’s Super N64 is slated to begin shipping on July 22. Those familiar with the company’s GCHD will not be too surprised with Super N64’s cost of $149.99. It is able to be pre-ordered now direct from EON and an official Amazon listing leads us to believe that it will debut at some point in the near future.

With Nintendo 64’s being readily available for $70-$100, those lacking an N64 will need to fork over around $220-$250 to take advantage of this retro experience. While not ideal pricing, it is in line with what we’ve seen the company charge for its other products.

Considering that modern MacBooks, PCs, and even certain set top boxes are powerful enough to emulate N64 games, many will likely find $150 to be a tough price point to accept. That being said, companies like Analogue have proven that there is a market for retro gaming gear with high price tags.