Our five favorite coding kits for the summer from Sphero, Kano and more 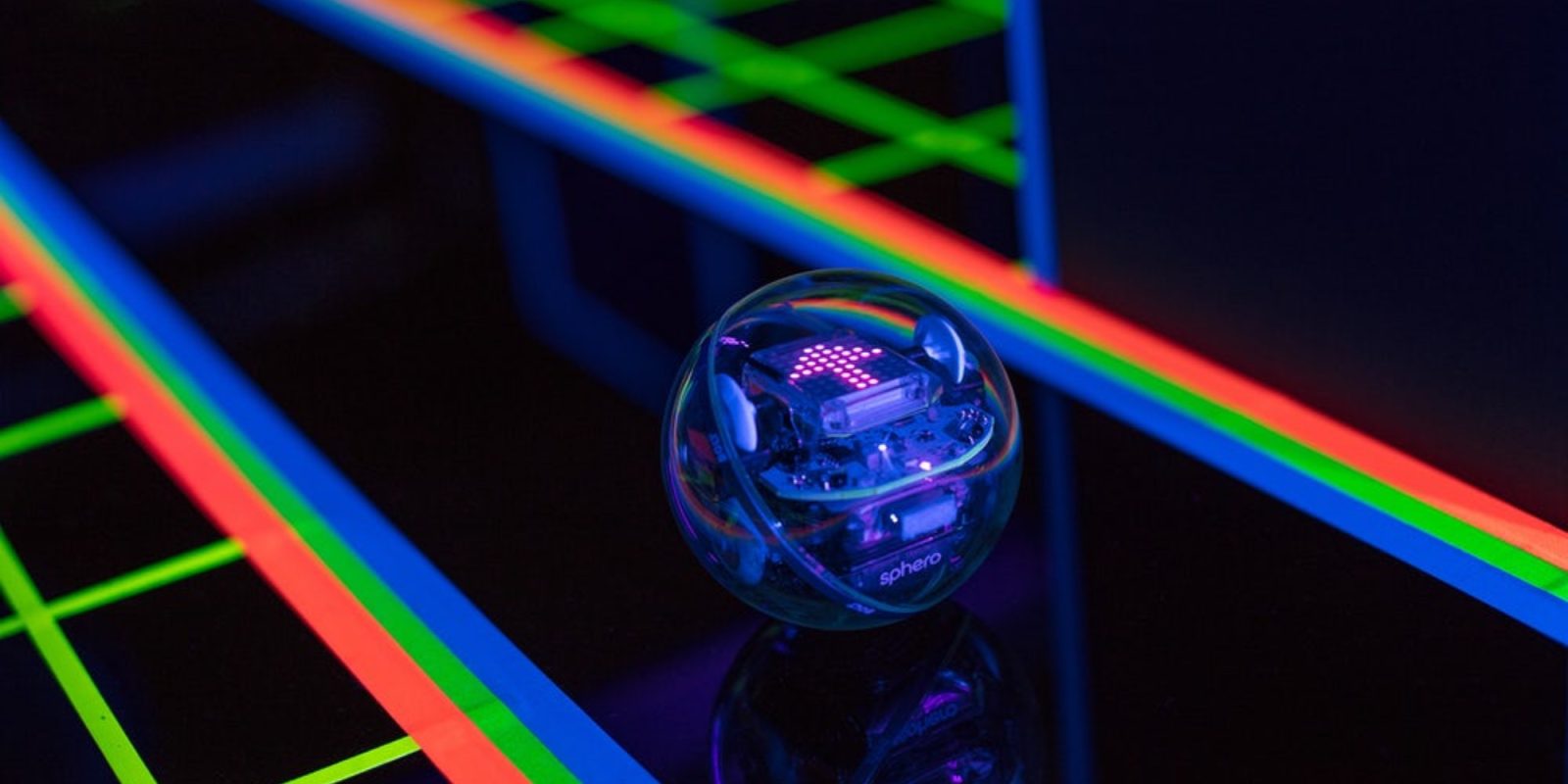 Summer is finally here and school is out of session, but that doesn’t mean that the learning has to end. Coding kits and robots have been growing in popularity as a way to not familiarize STEAM concepts, as well as teach programming fundamentals. Today we’ll be diving into some of the best coding kits on the market, with top brands like Sphero, Kano and littleBits leading the way. Head below for an in-depth rundown on our favorites.

Looking to offer a magical experience, one of the best options and a personal favorite falls to the Kano Harry Potter Coding Kit. Unpacking the set has you begin by crafting your own wand. It features motion controls, Bluetooth and more, all of which is accessible in the coding side of things.

Pairing with an iPad or Mac, Kano’s wizarding-themed programming set features over 70 different guided lessons. These range anywhere from levitating a feather with Wingardium Leviosa to perfecting more in-depth spells from the Harry Potter films. The app uses a drag and drop system in one of the most unique ways we’ve seen and is great for first-time coders.

Plus with the recent launch of Harry Potter: Wizards Unite, this is an excellent way to channel some of that enthusiasm into picking up some coding knowhow. Learn more in our hands-on review.

Continuing the trend of leveraging famous properties to assist in the programming, Marvel lent littleBits a helping hand for its Avengers Hero Inventor Kit. This kit differs from your run of the mill coding experience by having you assemble a superhero gauntlet. 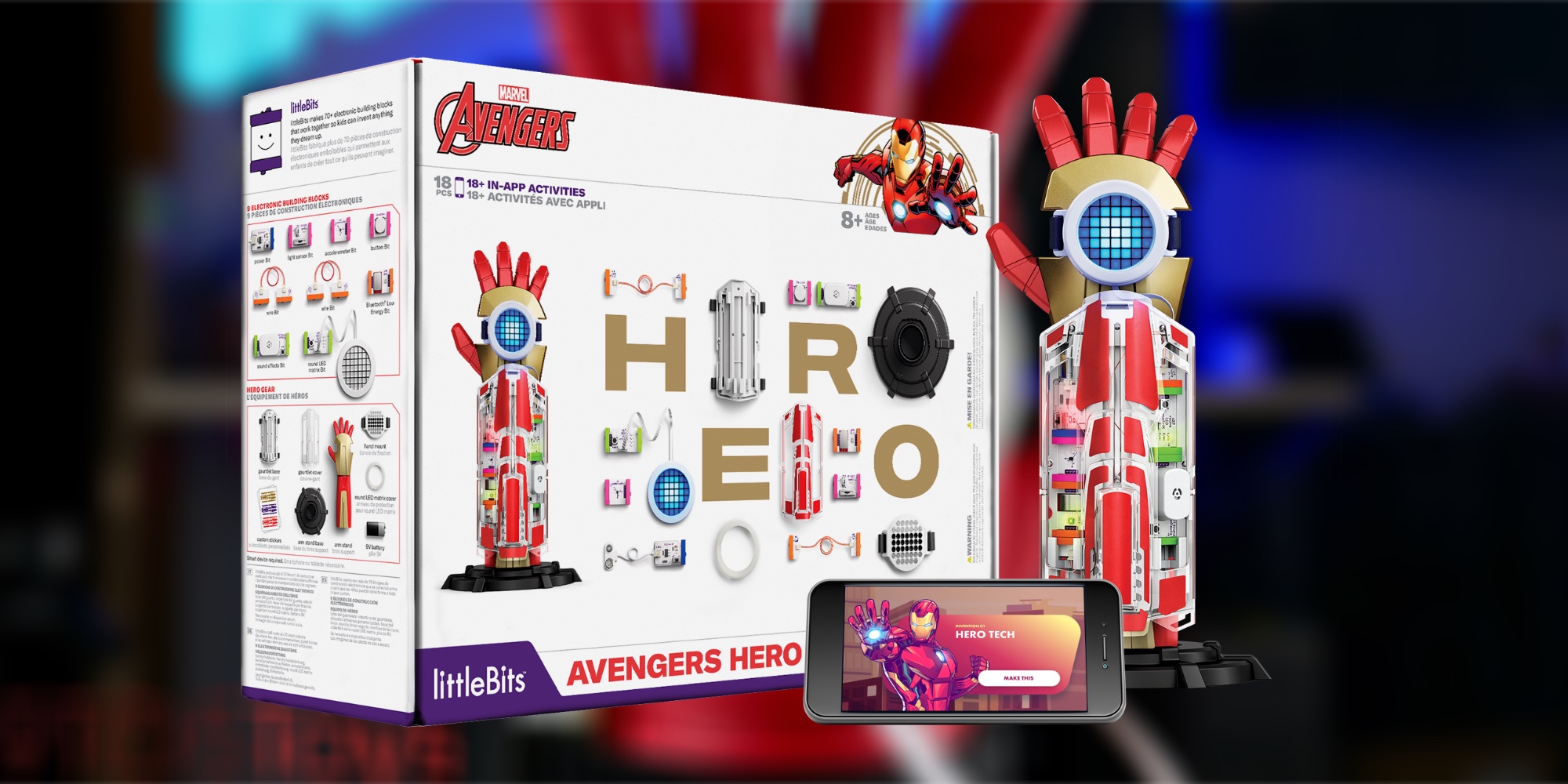 It really emphasizes the arts aspect of STEAM as well, allowing you to customize the creation to your liking. The companion app brings comic book styling into the equation to make the guided coding lessons more enjoyable. There’s even appearances from Iron Man and host of other Avengers heroes.

Any roundup of notable coding kits would be remiss in not including an option from Sphero, one of the best players in the STEAM market. The company’s Bolt headlines not just its own offerings, but also stands out from the pack of other smartphone-controlled robots. 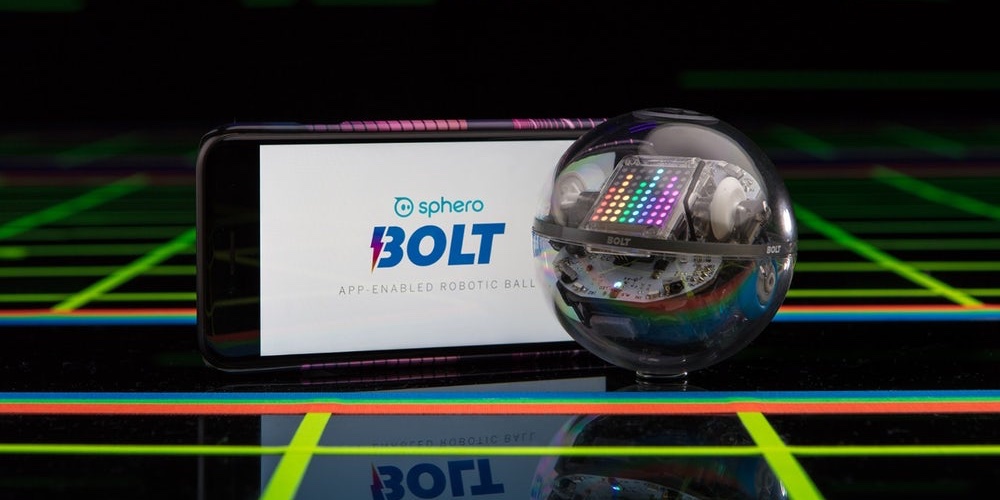 Alongside the standard Scratch-based visual interface, you’ll also be able to write actual JavaScript code. And thanks to a plethora of on-board sensors, Sphero Bolt shines as one of the most programmable robots out there. It also packs infrared communication for interacting with other Bolts. My personal favorite part is that the spherical robot features a built-in LED matrix, which can display real-time data as well play animated sequences.

Sphero’s app-enabled Bolt robot is a great option for those who may already have some experience with coding, and are looking to take things to the next level. 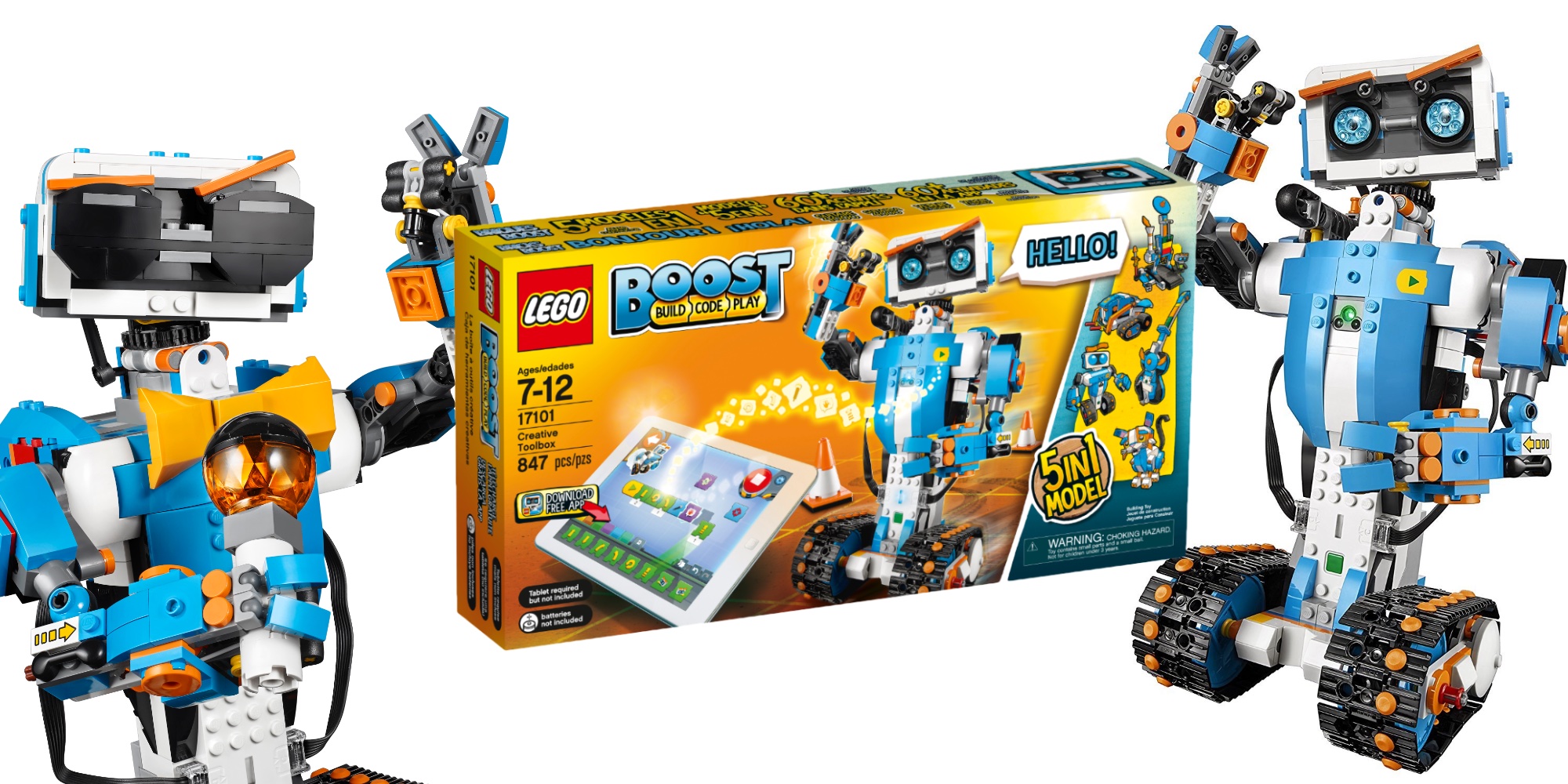 As far as letting your imagination run wild, LEGO is already renowned for its ability to spark creativity. The Boost series of coding kits is one of the best embodiments of that; with the brand bringing its usual charm to the introductory STEAM space. Having you build a robot, the 847-piece set features a series of motors as well as sensors. It also works in tandem with an iOS or Android app, just like Sphero Bolt and the other best coding kits.

One of the best parts about the LEGO Boost Creative Toolbox is that you’ll be able to bring whatever existing bricks you have into the mix. So there’s nothing stopping you from adding motorized capabilities to an existing set, or designing an entirely new creation.

If replay-value is an absolute must and you’re already a LEGO-loving household, then this is hard to beat. Plus, if you’re a Star Wars fan, a droid version of the kit just launched at Amazon. 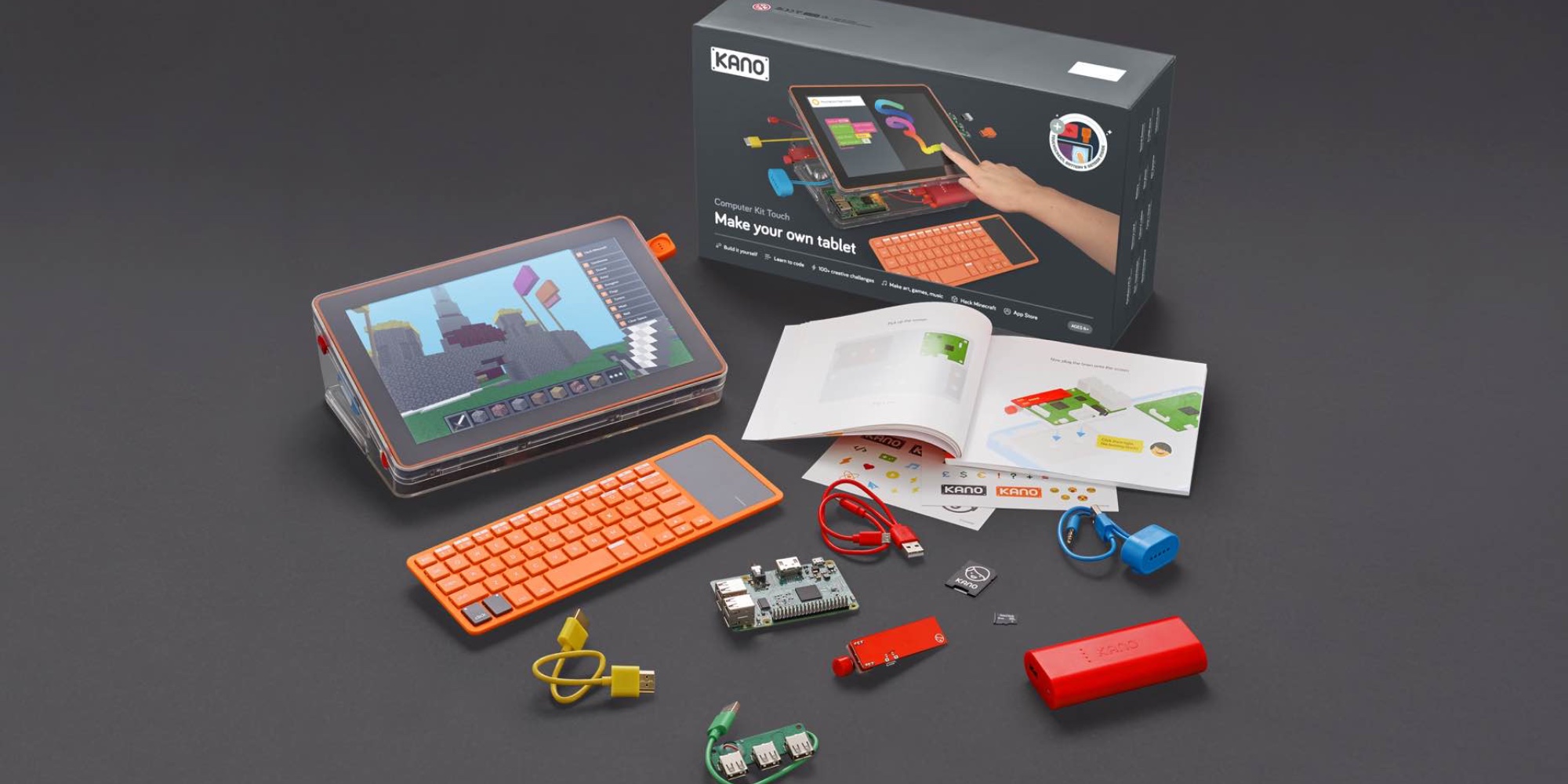 Bringing things full circle, Kano makes a second appearance amongst our favorite coding kits. Its Computer Kit Touch looks to accomplish the same feat as the other options; kickstart your development towards becoming a coder. In order to accomplish that, Kano’s higher-end option takes a different approach to someone’s first computer.

Just like the Harry Potter kit, here you’ll have to assemble the touchscreen device from a series of components. Included is a Raspberry Pi, as well as everything else you’ll need to get started. Kano then delvers a suite of programming-centric apps in addition to favorites such as Minecraft and more. You can get a more in-depth look in our announcement coverage, or swing by a review of the first Computer Kit.

All of these options really stand out from typical coding experiences and bring their own eye-catching twist into the mix. I’ve personally found Kano’s style of implementing drag and drop coding to be the most intuitive; though none of the competitors are very far behind.

Have you found a coding kit to be one of the best options for your kids? Let us know in the comments below.