Review: Kano’s Computer Kit is an intuitive and charming way to learn how to code 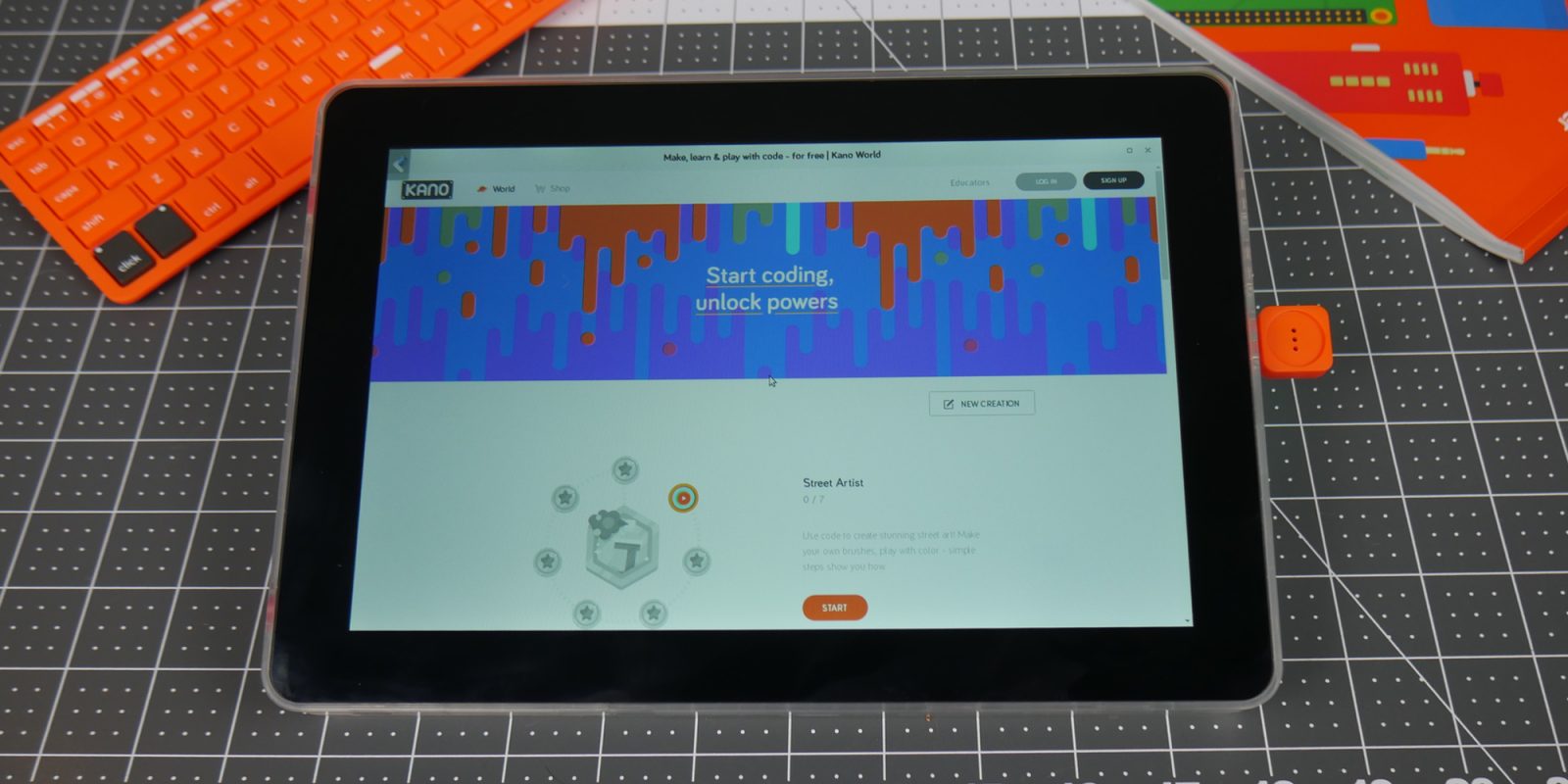 For many of us, assembling the first computers we could call our own was a right of passage to the freedoms that came with owning them. The same can’t be said for those growing up today, as often times the first device many receive is a hand-me-down smartphone, tablet and laptop.

Kano, one of the better-known companies in the STEAM and educational market, has a new kit in which kids, or really anyone for that matter, can assemble their very own portable computer and experiment with coding thanks to a variety of interactive tutorials.

Of course, as a recent graduate sporting a shiny new computer science degree, I’m not really the target audience for a kit that teaches you how a computer works alongside the fundamentals of programming. That being said, Kano’s Computer Kit is the exact thing I wish I had growing up.

The Kano Computer Kit Complete, much like the company’s other sets, is based around a Raspberry Pi which is the focal point of the build. For this particular kit, you’ll be working with a Raspberry Pi 3 which is more than capable at handling everything Kano’s custom software can throw at it. It also means these computers pack Wi-Fi and Bluetooth. 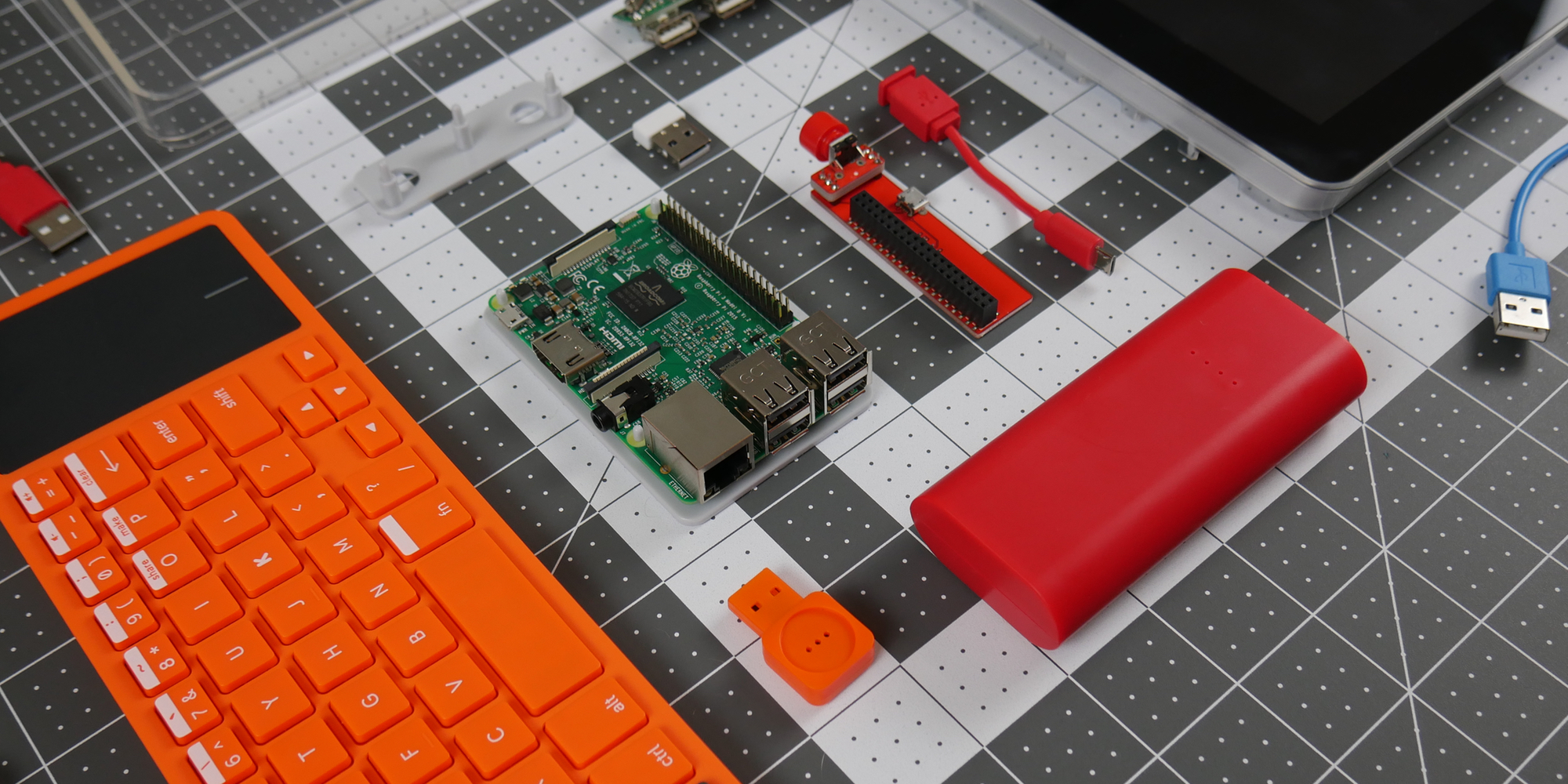 The fact that it all runs off of a Raspberry Pi is a really fantastic design decision, as it can be easily repurposed down the line to further serve an aspiring coder. Once you’ve mastered all the built-in projects and exercises is when the kit’s full use cases show. There are countless projects that run on the system, making it flexible enough to handle everything from learning Python to tinkering with server software and more; all of which only makes the Computer Kit an even better buy. 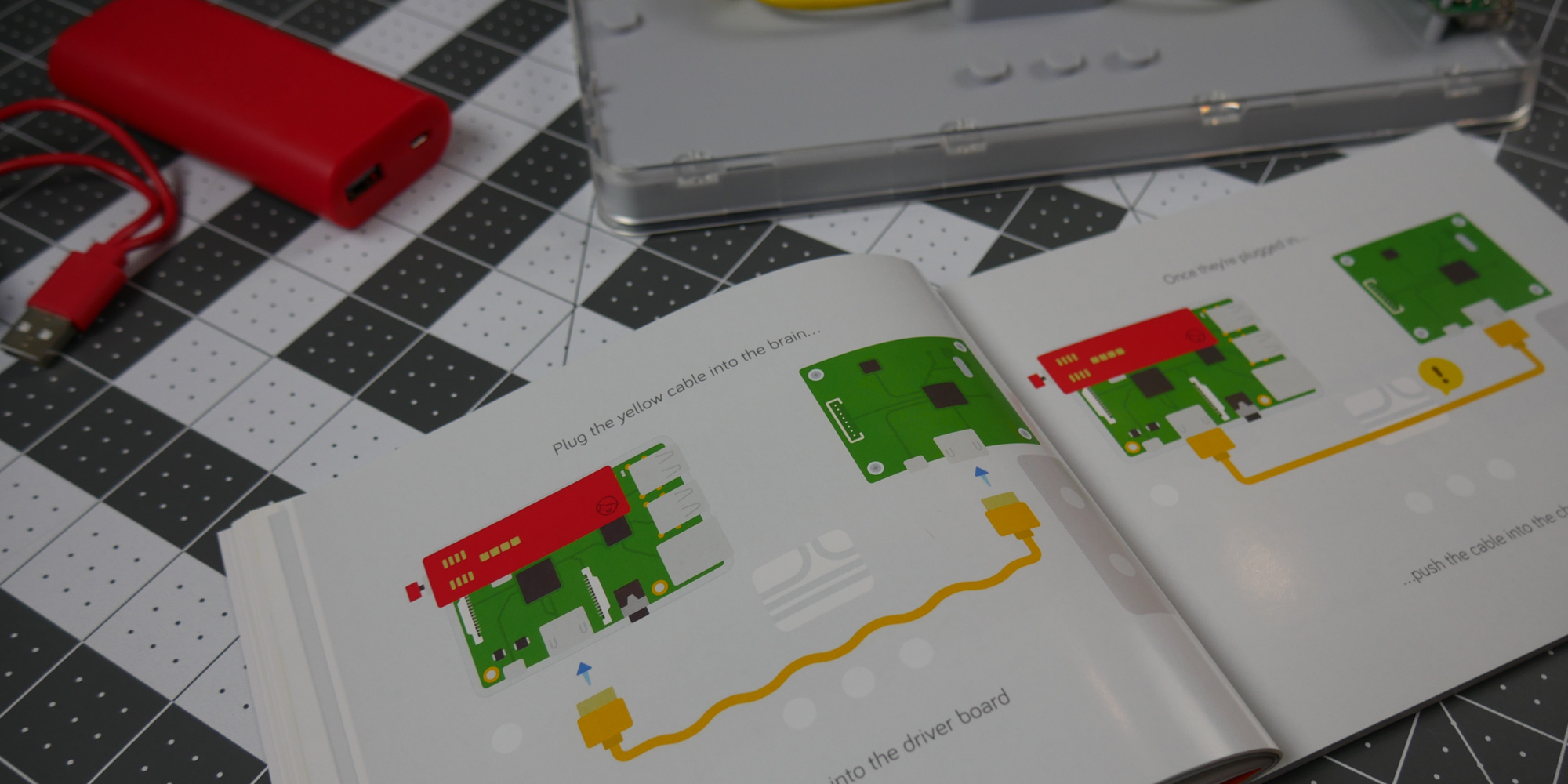 Before you can get coding, you’ll first have to actually assemble the laptop. The kit includes everything you’ll need to get started, from the computer’s casing to internal parts like battery, speaker, wires and more. Kano’s Computer Kit runs a custom operating system that is designed to be more user-friendly than what you’d typically find on a Raspberry Pi and is preloaded on an included microSD card.

The instruction booklet not only guides you through assembling the kit, but also includes plenty of information on what each of the pieces you’re working with are responsible for. So as you begin piecing together the components, you’ll get a concise explanation how the CPU on the Raspberry Pi works, or the importance of the laptop’s display driver. 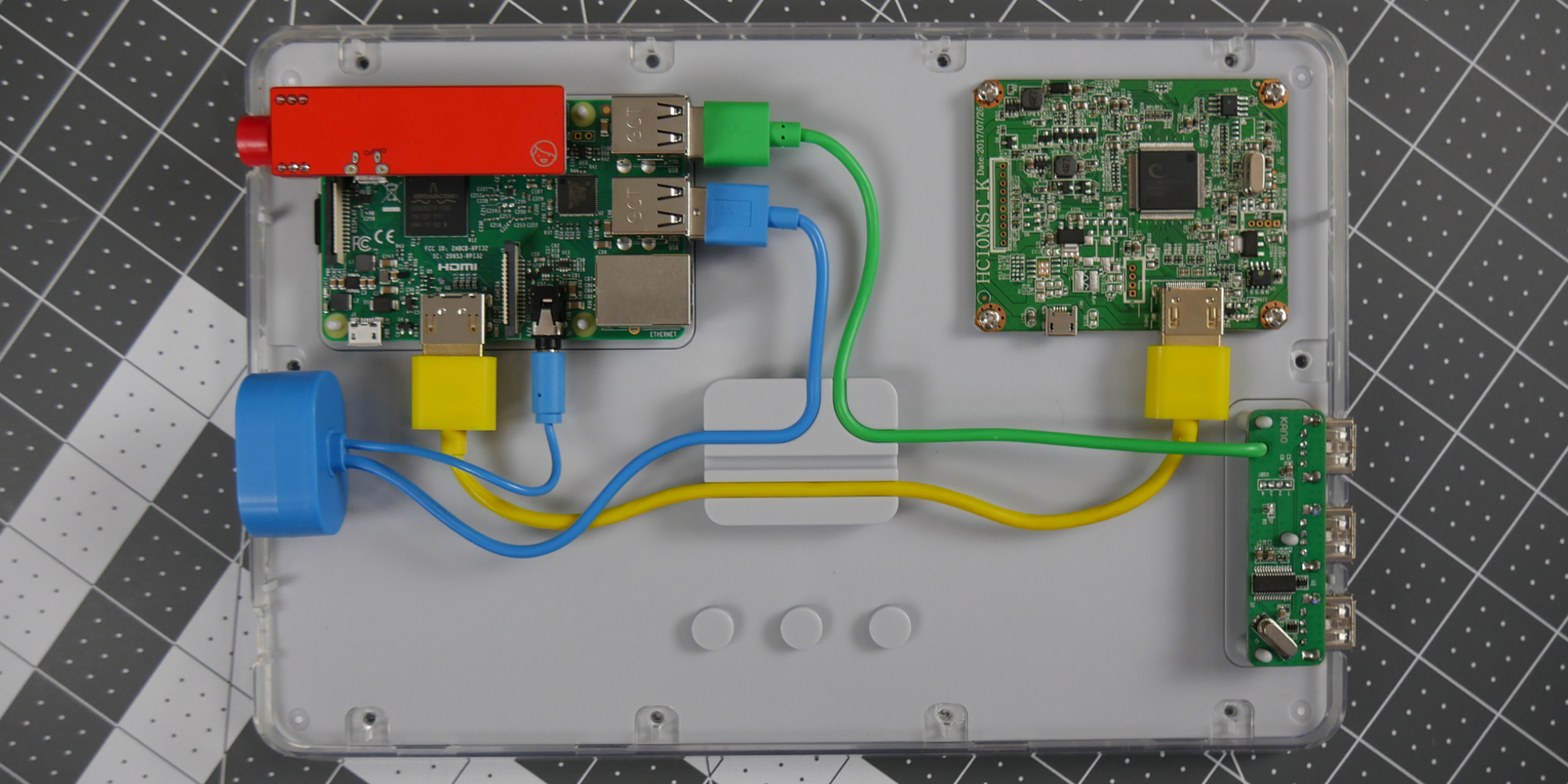 Kano’s Computer Kit is just plain fun to put together. There’s something so immensely satisfying about the assembly process, even for me. Anyone who’s spent time with LEGO sets or similar building kits will be right at home with the assembly process, making this a great stepping stone from toys to more educational gadgets. I’ve tinkered with my fair share of computers at this point, and Kano has managed to capture all the enjoyable parts into an accessible package. 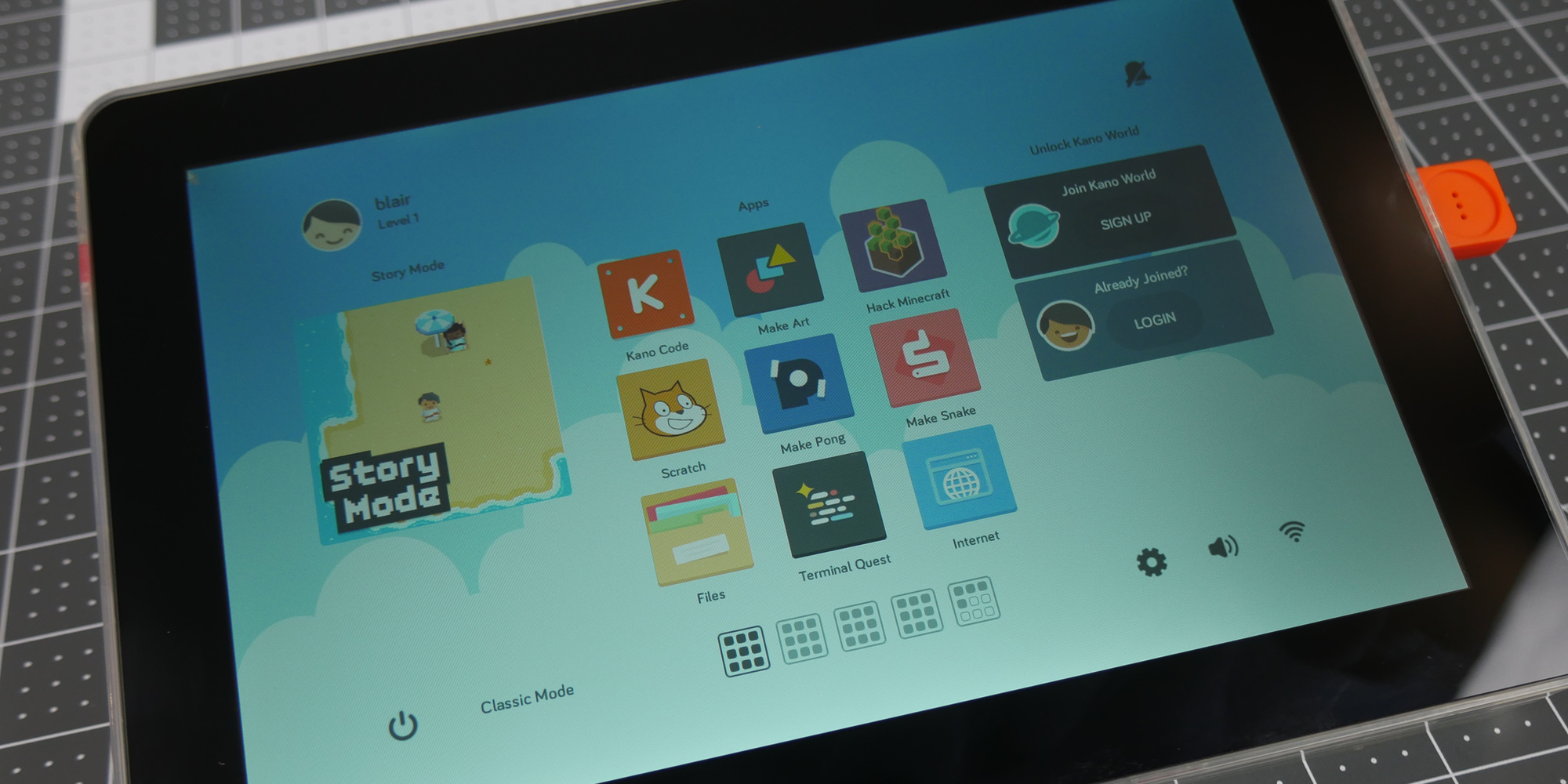 Once you’ve booted up your brand new laptop, you’ll be guided through an easy set up process that begins teaching you some basics right from the get-go. After entering some simple commands, the operating system will guide you to the home screen, where a variety of programming-related tasks await. Included are some more basic programs like Scratch that helps teach you some foundational aspects of coding alongside more in-depth tools that offer less sandboxed experiences.

There are applications that allow you to build games, create art and even hack around with Minecraft. There’s of course a full web browser as well, file explorer and other things you’d expect to find in a standard laptop. All-in-all, there’s a pretty wide range of activities to dive into, and all of them do a pretty solid job at conveying their own respective programming concepts. 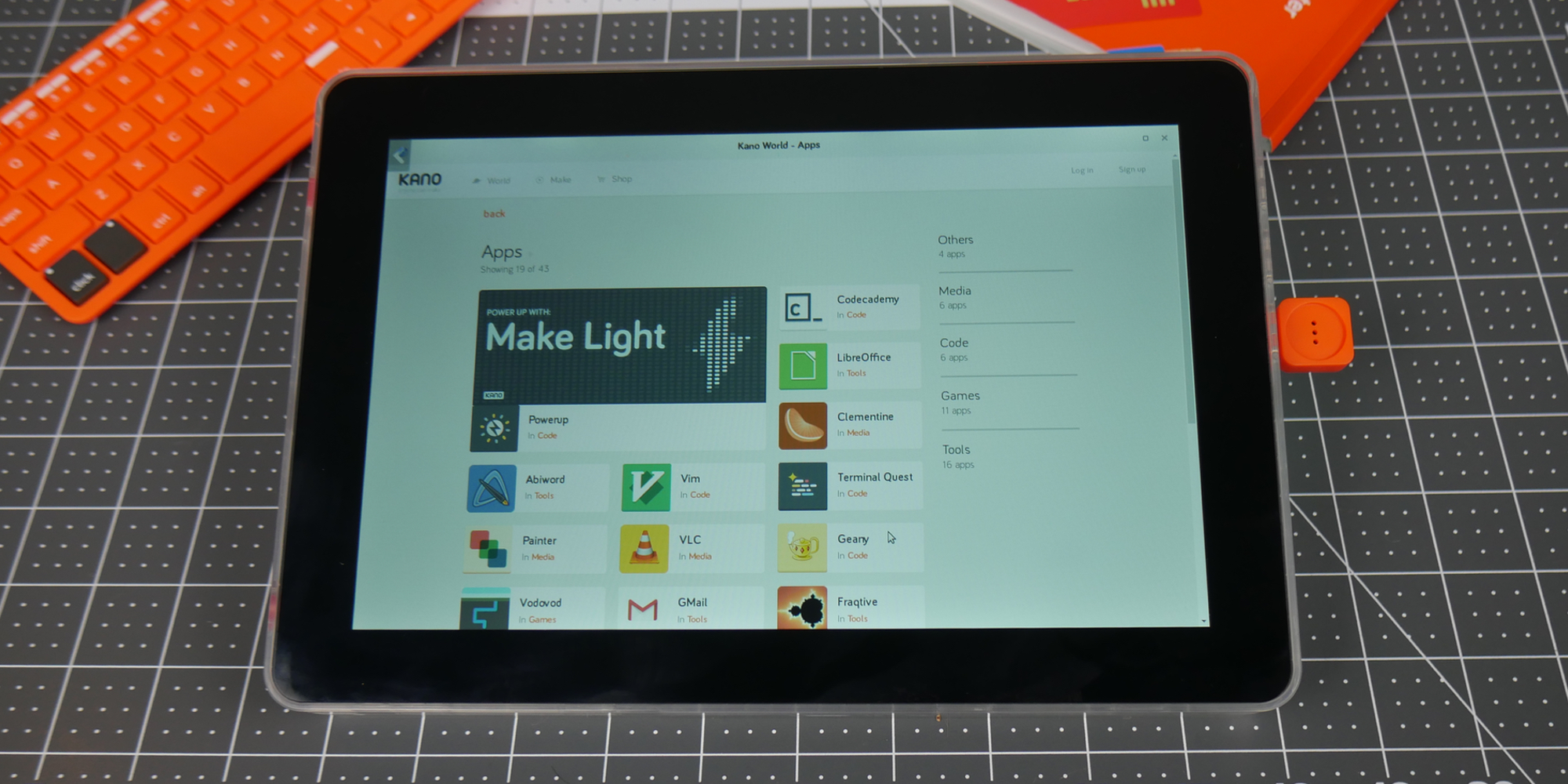 There’s even an app store where you can download additional programs as you see fit.

Navigating the computer is done through a bundled wireless keyboard that sports a built-in trackpad. It stows neatly on the back of the computer’s case thanks to magnets which hold it in place. If you prefer a full keyboard and mouse experience, the Computer Kit boasts a three-port USB hub on the left hand side that makes it easy to expand its capabilities with added peripherals. 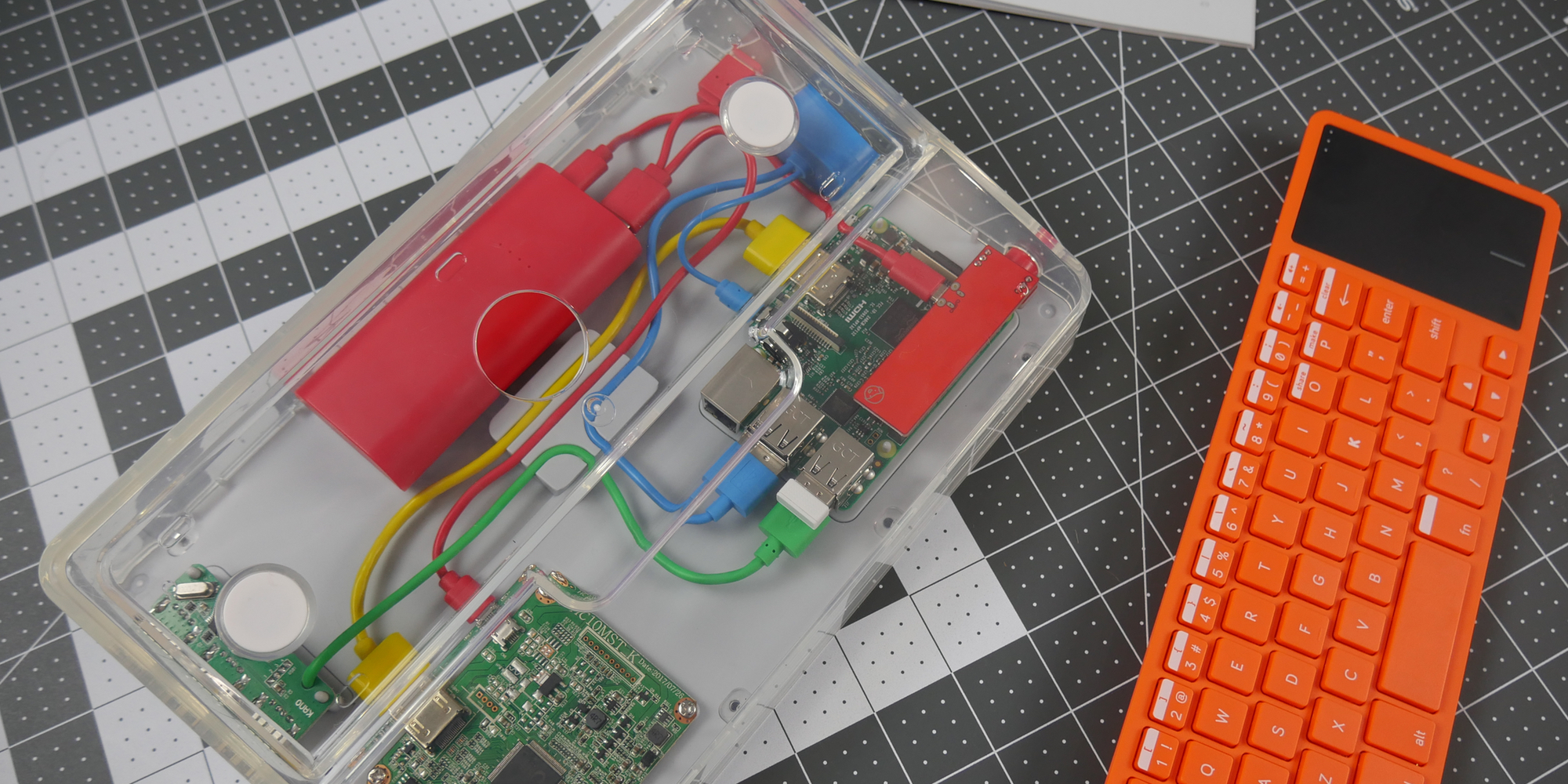 Even though this kit is geared for younger coders who may just be diving into the world of hardware tinkering and software creation, its impressiveness was not lost on me. One of my first thoughts as I began playing around with the Kano kit was how much I would have loved this growing up.

The kit is novel, unique and full of charm that lowers the barrier to entry for programming. And not only does it do a great job at introducing these programming fundamentals, but it also highlights creativity. Often times, many coding kits out there are all about coding; Kano’s take does thing a little differently, emphasizing the importance of the A (arts) in STEAM.

I’ve worked with kids a lot in the past for learn-to-code seminars and similar events, and Kano’s kit is something that would have been immensely popular for just about everyone in attendance. If there’s someone in your life who seems interested in learning more about creating software or getting into building their own computer, Kano’s kit is an excellent entry into the world of computer science.

Ultimately, if I had a time machine, I would go back and gift myself the Kano Complete Kit in a heartbeat. But since I can’t, I’m going to go tinker with the kit more and see if I can get HomeAssistant running on it.