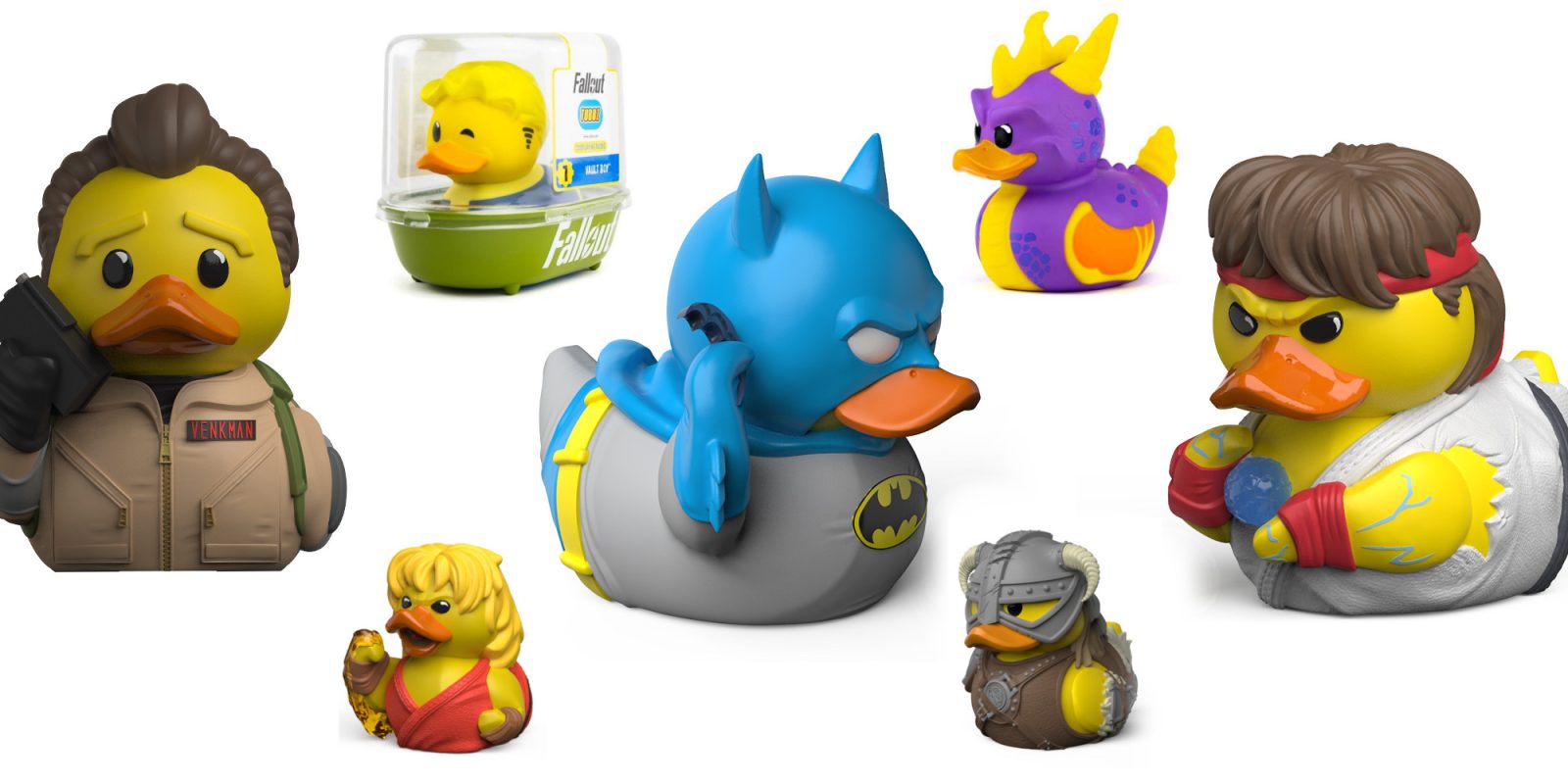 There are a lot of amazing and adorable gaming collectibles out there, but nothing quite like TUBBZ. Numskull’s upcoming toy line features rubber duck versions of all your favorite pop culture characters. From Street Fighter, Batman and Ghostbusters, to Fallout, Destiny, Spyro and the recently unveiled Skyrim duckies, your game room is about to get a whole lot more quackerrific. All the details are down below.

Much like the popular Funko POP! figures, Numskull is flexing some serious official licensing power here with its extensive line of TUBBZ collectibles. These new cosplaying ducks all come in at a similar price as the Funkos, with most them including collectible cases.

The official Elder Scrolls Twitter account recently unveiled the four upcoming Skyrim TUBBZ lineup. Jarl Balgruuf of Whiterun, Alduin, Ulfric Stormcloak and the Dovahkiin him/herself will all be featured in rubber duck form. Much like the rest of the franchises represented in the new lineup, the four Skyrim characters will also include a stackable, collector’s bathtub display box adorned with the Skyrim logo. These particular toys measure up to about 3.5-inches in height, but it looks as though that varies slightly depending on the figurine. 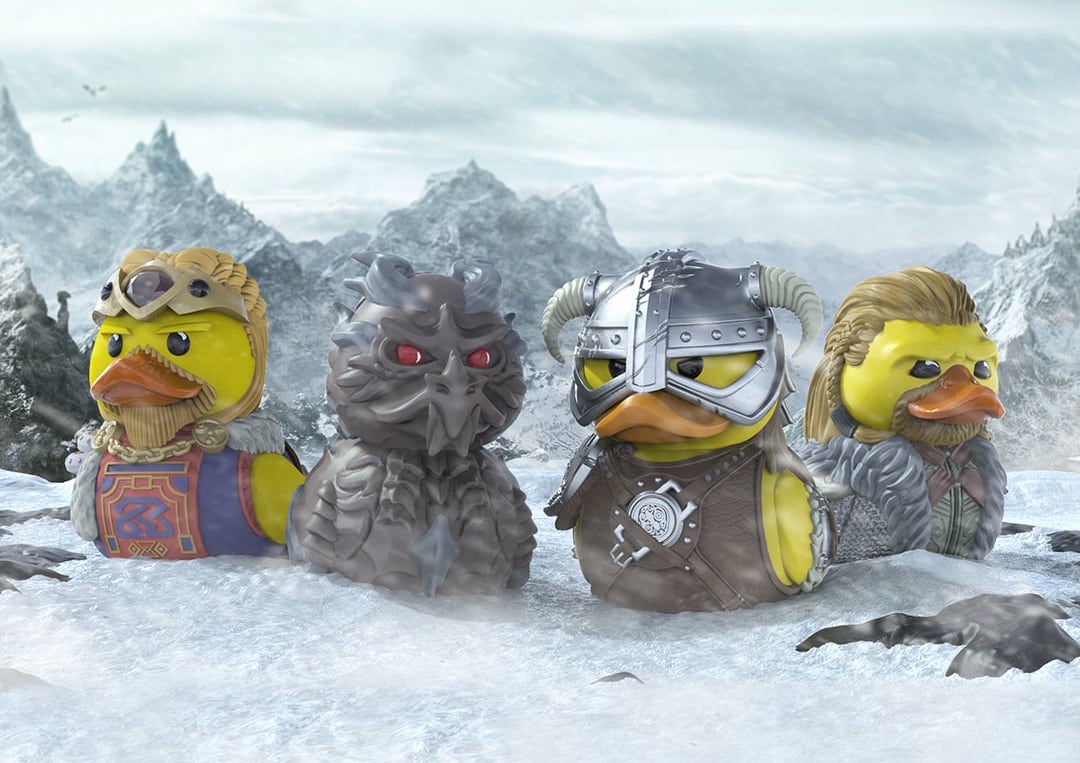 “Who you gonna quack?”

Another favorite from the TUBBZ lineup would have to be the Ghostbusters set. As expected, Dr. Venkman, Egon, Winston and Ray have all been transformed into adorable rubber duckies for your gamer’s archive. These “highly detailed” characters are made from “high quality PVC”, much like the rest of the line. Armed with Proton packs and the classic Ghostbuster uniform, you can take a closer look in the video below. 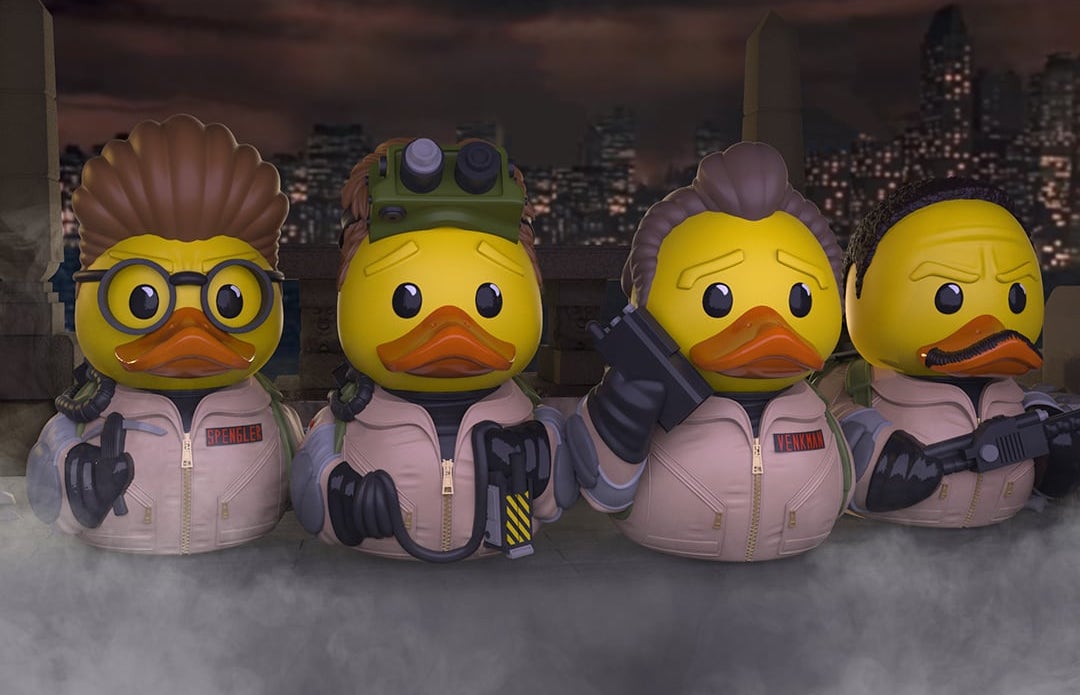 Other franchises that are being transformed into collectible rubber ducks include Borderlands 3, Lord of the Rings and Crash Bandicoot. The Street Fighter characters are particularly cool — Ryu is captured mid “QUACKOUKEN!” while Ken is about to land his infamous flaming uppercut.

All of the TUBBZ collectibles are now up for pre-order exclusively at Geek Store. Individual characters are all priced at $12.99, which is generally on par with the MSRP on Funko POP! figures, while the 4-packs organized by franchise go for $40 a pop. That’s a $12 savings on the bundles over buying them individually. Everything is currently up for pre-order but the shipping dates vary quite a bit. The Ghostbuster TUBBZ are scheduled to deliver in February of 2020, whereas the Skyrim set is hitting in November of this year.  While these collectible’s are inherently ready to drain your bank account as you get more and more addicted to completing the sets for your game room. Maybe the idea of filling your space with loads of rubber ducks might help to keep your spending habits at a more realistic pace.