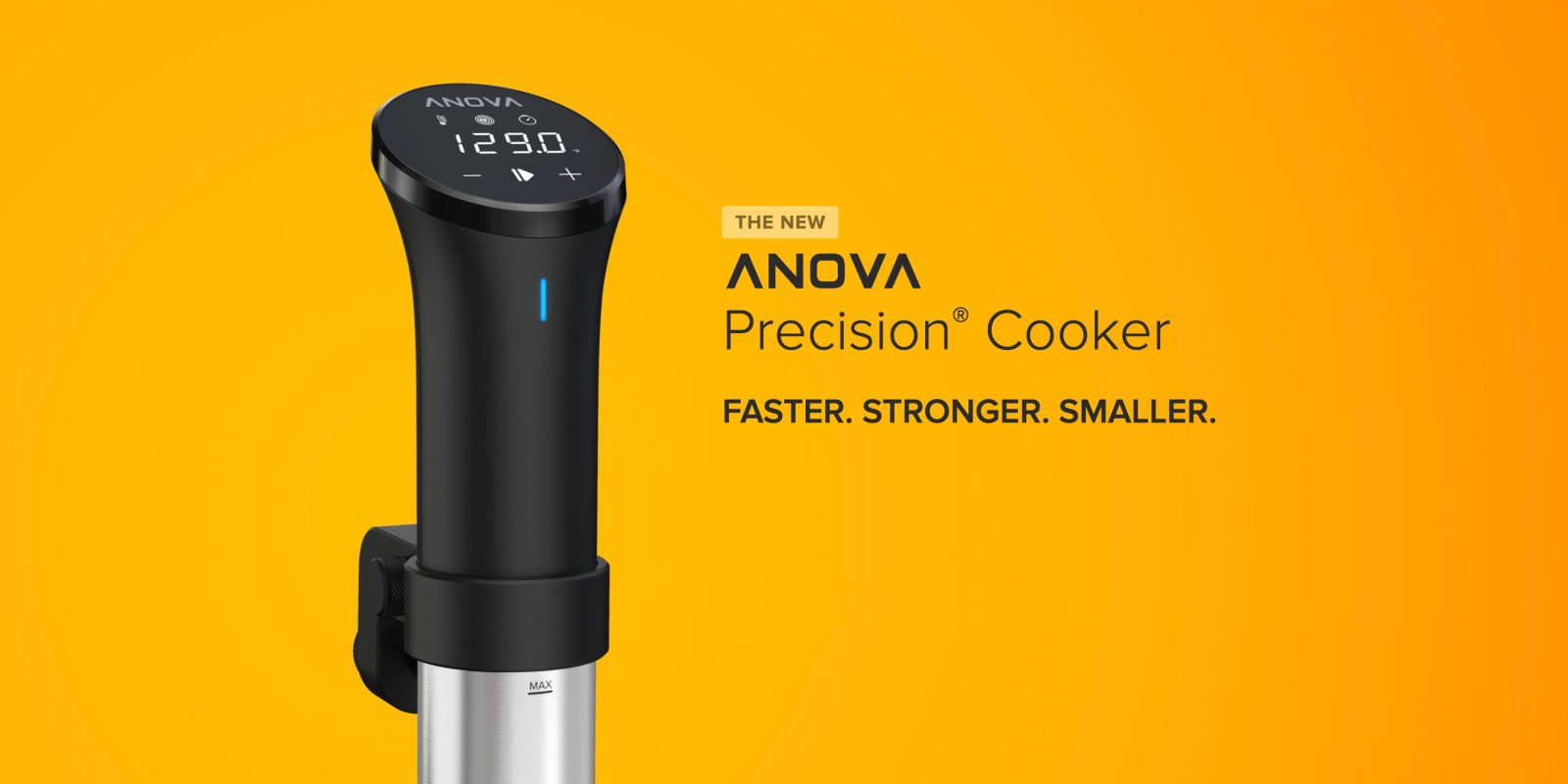 Anova has been the industry leader in consumer-focused sous vide machines over the last five years. Its lineup is fairly priced with various versions to fit every budget. This week, Anova has announced the latest addition, officially dubbed “The New Anova Precision Cooker.” While the smallest Nano will remain the brand’s stable of products, this release will replace the previous-generation model of the same name. Anova’s latest creation is said to be “faster, stronger, and smaller” than its predecessor but with a higher price tag. Many of the same features are still in place alongside a host of upgrades. Hit the jump to learn more.

The new Anova Sous Vide Cooker arrives with a much smaller footprint than its predecessor, although it doesn’t hit the same tiny mark as the Nano. Officially, it’s two inches smaller and 20% lighter than the previous-generation model. While the Nano lacks Wi-Fi connectivity (Bluetooth only), today’s announcement continues to deliver that spec and thus app control no matter where you find yourself during a sous vide session.

Here’s a quick overview of specs:

Anova’s latest model packs 1000W of power, which when combined with an IPX7 rating, means that you’ll be able to enjoy extended cooking sessions without any fear. App control remains along with Anova’s extended inventory of recipes, which make it easy to find exactly the right cooking temperature and time, for whichever meal you have your eye on.

The new Anova Sous Vide Cooker is available for preorder today. Early birds can drop the regular price down from $199 to $129 for a limited time. This price will go up in the coming weeks before the first units ship in late September.

I’m a huge fan of sous vide, and particularly Anova’s offerings. I jumped in with the now previous-generation model last year and it’s been a hit for my family. The ease of cooking, moisture retention, and overall experience make it easy to cook regular meals or when entertaining larger groups. I’m glad to see that Anova is continuing to expand its lineup with new offerings.

You can expect the $199 price tag to fall to $150 or less once the holidays hit later this year. This is sure to be a popular buy come November.