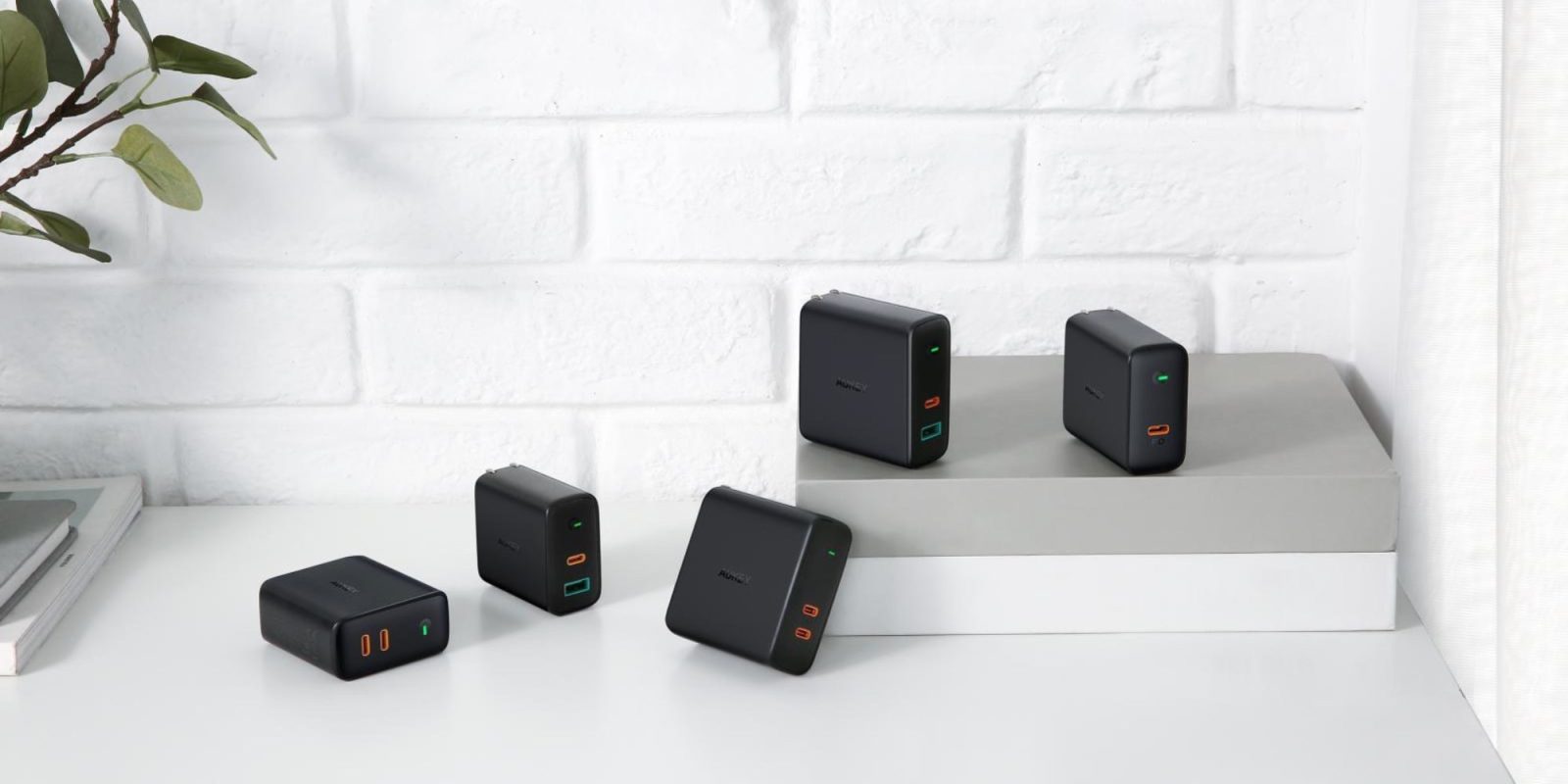 Throughout 2019, AUKEY has delivered an entirely new lineup of chargers. Each model features Dynamic Detect technology which is capable of not only safely reducing charge speeds of an individual port, but can also redirecting every bit of available juice to a single USB-C output. While each of its new chargers benefit from this technology, an upcoming 100-watt model with four ports is what will truly allow the technology to shine.

Before getting overwhelmingly excited about AUKEY’s beefy 100-watt charger, it’s important to note that Anker actually rolled out a similar model several months ago. Shortly after hitting the market Anker halted sales, but it is unclear why. This slump has opened a window for AUKEY to roll out its own version, which we’d love to see go all-in on USB-C.

For those who only need to charge a couple of devices at a time, AUKEY’s 63W unit is the best it currently offers, with two USB-C ports in tow. It also happens to be one of its most recent rollouts. While not quite powerful enough to charge Apple’s highest-end laptop at full speed, most of the time it should be sufficient. This is especially true when the laptop is not in use or a smaller USB-C equipped device is being charged.

If still plagued by legacy USB-A charging cables, AUKEY’s Dynamic Detect lineup recently-received a hybrid offering that supports USB-C and the technology that preceded it. This model outputs up to 60-watts of charging power and supports USB-A’s Power Delivery 3.0 technology.

As mentioned earlier, AUKEY has already rolled out several Dynamic Detect chargers. Currently priced from $27 to $50 each, it seems likely that an upcoming 100W model would cost around $70-$80. Especially when considering that it will be able to charge four devices at once. The company has been tight-lipped regarding a release date, simply saying that its upcoming 100W model is one of the ‘further variations planned’.

Despite attempts to curb the amount of unnecessary purchases that I tend to make, there are a couple of categories that often slip through the cracks. This includes organizational gear and items that allow me to reduce the amount of things I need to carry.

No matter how you slice it, some of AUKEY’s existing and upcoming Dynamic Detect chargers check both boxes. Several provide a way to reduce power bricks in my bag while also freeing up space to further encourage organization. This rings especially true for the upcoming 100W model.

from $27
You’re reading 9to5Toys — experts digging up all the latest technology and lifestyle deals, day after day. Be sure to check out our homepage for all the latest news, and follow 9to5Toys on Twitter, Facebook, and LinkedIn to stay in the loop. Don’t know where to start? Check out the best Apple deals, our daily podcast, and subscribe to our YouTube channel