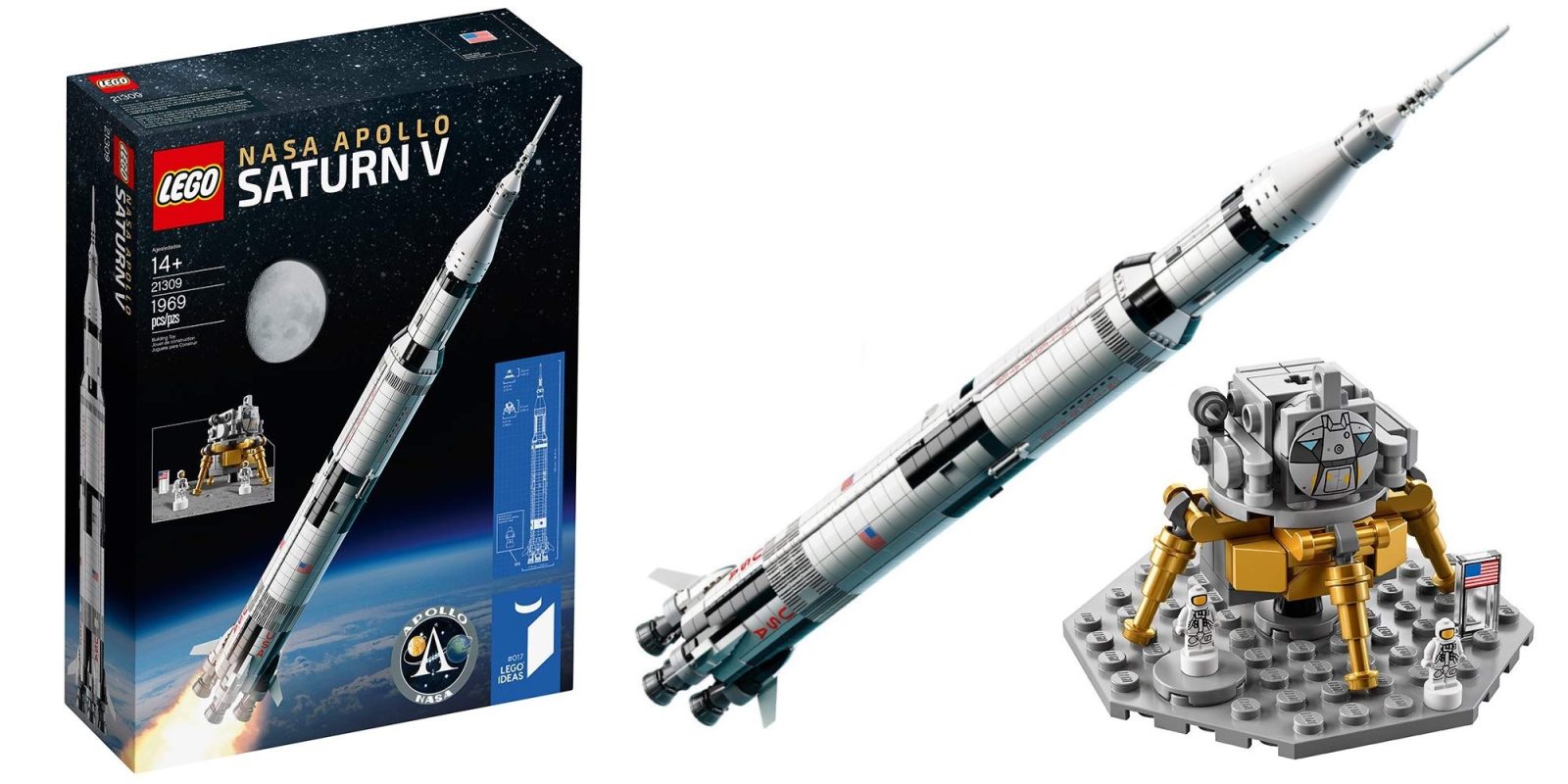 Amazon is currently offering the LEGO Ideas NASA Apollo Saturn V (21309) for $99.99 shipped. Also available at Walmart. Typically selling for $120 at Target and direct from LEGO, today’s offer saves you $20, comes within $5 of the 2019 low and is the best we’ve seen outside of Prime Day. This 1,969-piece fan-made set is one of the tallest kits ever assembled and clocks in with an over one meter height. It includes a detachable mini lunar lander and comes with stands for ultimate display-ability. Check out our launch coverage for additional information. More deals below from $8.

Don’t forget that we’re still seeing LEGO’s 2019 Star Wars and Harry Potter Advent Calendars at new all-time lows of $33. And be sure to check out newly-announced 1,500-piece Winter Village Gingerbread House, as well as the massive Imperial Star Destroyer.

Display and role-play with this majestic meter-high LEGO brick model of the NASA Apollo Saturn V. Packed with authentic details, it features 3 removable rocket stages, including the S-IVB third stage with the lunar lander and lunar orbiter. The set also includes 3 stands to display the model horizontally, 3 new-for-June-2017 astronaut microfigures for role-play recreations of the Moon landings, plus a booklet about the manned Apollo missions and the fan designers of this educational and inspirational LEGO Ideas set.